Few games have made repetition the central focus of the experience: let’s discover together in this section dedicated to Retrogaming why Perfect Dark is still a classic to be re-discovered today.

Speak about Perfect Dark in a section called “Retrogaming” it might seem almost paradoxical. We quote from Treccani vocabulary:

In short, doing Retrogaming also means look back, discover a past that no longer exists. If the history of literature is used to dealing with very large periodizations, the history of the video game flows with a frenzy that is all of our modern times. The player who approaches today Rare’s work published in the distant past 2000, however, it will face a new, visionary, fresh, innovative title, despite the changes experienced by the industry in the last twenty years.

The pursuit of the cinematic experience at all costs it has led the market to put aside some narratological problems, first of all the problem of error. To err, in video-playful terms, means to discover a deviation in the narrative. The death of our avatar due to an error, for example, is alone one of the many possible endings. The more linear experiences try, for rather understandable artistic reasons, to make the story usable and plain, transforming it into a one-sided line. This is to not ruin the pace, to give credibility to the action, to resort as little as possible to the suspension of disbelief.

What happens, however, if a work tries to make repetition the central fulcrum of the experience? The guys from Rare had already tried it in 1997 with the release of the immortal GoldenEye 007, one of the milestones of the first person shooter and one of the best games ever released on Nintendo 64. After three years, the English developers tried to replicate the formula with a title that perfected the characteristics of its predecessor and opened the doors to a very particular genre of video games that, unfortunately, would have had a very short life, despite a wide and prolonged legacy even in unsuspected productions.

Where to play Perfect Dark

Before you start examining the game itself, as a good retrogaming enthusiast, you may be wondering how easy it is find any version of Perfect Dark Nowadays. The answer is, fortunately, it is very easy. It will not be necessary to recover an old Nintendo 64 with a cartridge, but it will be enough an Xbox console from 360 onwards.

On Microsoft consoles it is available a nice remake, dated to 2010, which improves the polygonal models and textures of the game while leaving the play experience unchanged. The remake in question can be purchased individually, but is also contained in the package of the Rare Replay together with other great classics of the English software house. Thanks to backwards compatibility, you can also play it on the new Xbox Series X and Xbox Series S.

If, on the other hand, you would like to recover the original title, devoid of modern graphic trappings, then we would obviously advise you to recover the original version for Nintendo 64. If your console should be malfunctioning, however, it is available on PC an emulator, called 1964, which allows you to play both Perfect Dark and GoldenEye 007 improving resolution and frame-rate and adding, above all, support for the mouse and keyboard. It being understood that we advise you to try the emulation route only if you have the original game. 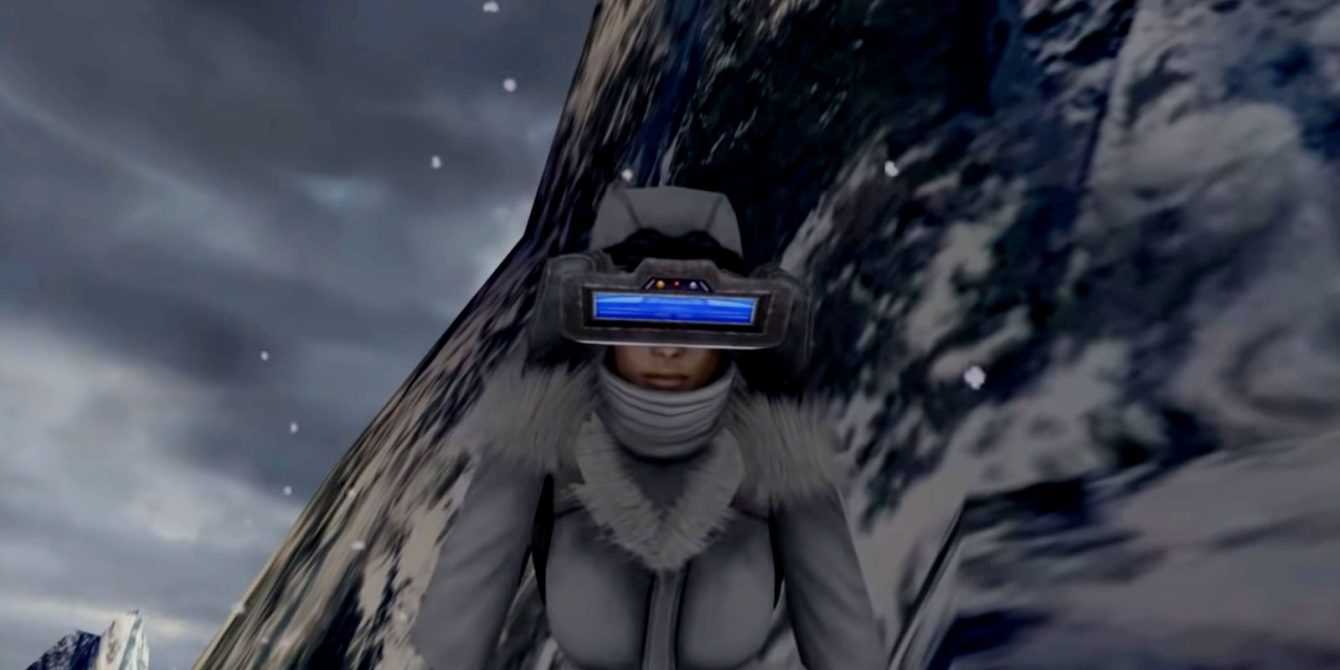 Perfect Dark came out in 2000, but it told the story of a near future in which large corporations hatch secret plots by controlling data traffic and the skies of the metropolises are furrowed by absurd flying machines. We are around Blade Runner and Neuromancer, with their gigantic skyscrapers and the urban decay raised to an aesthetic imperative. The year is the 2023, but we know that the reality of the facts was different to say the least and it is unlikely that in a couple of years we will see a similar scenario. At least as far as flying cars are concerned. Many of the themes addressed by Rare’s work, however, still exist today current and rich in political implications.

In the world of Perfect Dark, planet earth is the battleground of a secret war between two alien races. The former, called Maian, are collaborative and open to dialogue with the human race; the second, the diabolical Spoons, have decided to support the dataDyne Corporation, a multinational with its hands in many secret projects and operations that has a passion for conquering the world. Or at least of the commercial monopoly. 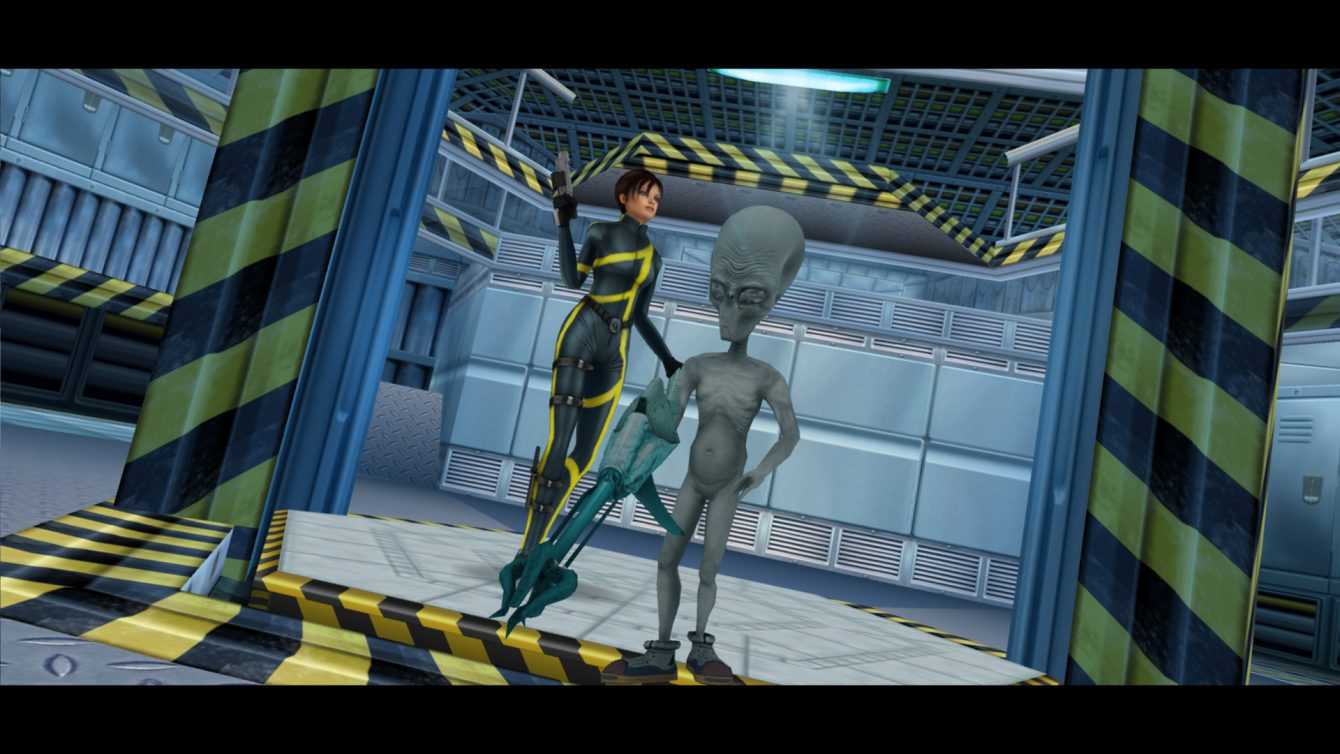 The protagonist of the game, the secret agent Joanna Dark, is a member of the Carrington Institute, an agency producing highly technological tools whose ultimate goal is communication with the extra-terrestrial race of gods Maian. In his shoes, we will have to unravel the complex secret warp and try to avoid the destruction of planet Earth, passing from secret bases, to corporate buildings, to planes on fire up to alien structures hidden from the human being.

Even if the plot does not stand up to comparison with that of other titles of his time (we think, above all, of the timeless Deus Ex by Ion Storm), Perfect Dark was a title capable of intercept and in some cases predict conspiracy theories which, in the early years of the Internet, began to break through even in common opinion (in the same period, for example, the Luther Blisset movement came to life, capable of bringing the entire Italian information system to its knees thanks to the voluntary and provocative distribution of fake news and false clues on various news cases).

A woman in one piece – Retrogaming: Perfect Dark

Agent Dark still remains today one of the most successful protagonists ever. She was a strong woman, able to solve every situation more thanks to her ability than thanks to her charm, but she did not lack a certain grace and a certain style. Each mission, for example, saw her wearing different dresses and appropriate to the context and, indeed, the game often required you to steal some disguise to go unnoticed between enemy lines. Self the writing was ironic and did not skimp on jokes, Joanna’s three-dimensionality also passed through her always different look.

But what kind of game was Perfect Dark? Its basis was that of a fairly classic shooter where you could collect different weapons, get power ups and face many different enemies in fairly layered maps. What made it different from any Quake was the variety of objectives that Rare had thought of offering to the player. Depending on the difficulty level Joanna would have to complete up to a maximum of five different tasks within the level. They ranged from placing a mine, rescuing a hostage, infiltrating an enemy base, up to some much more imaginative implications. 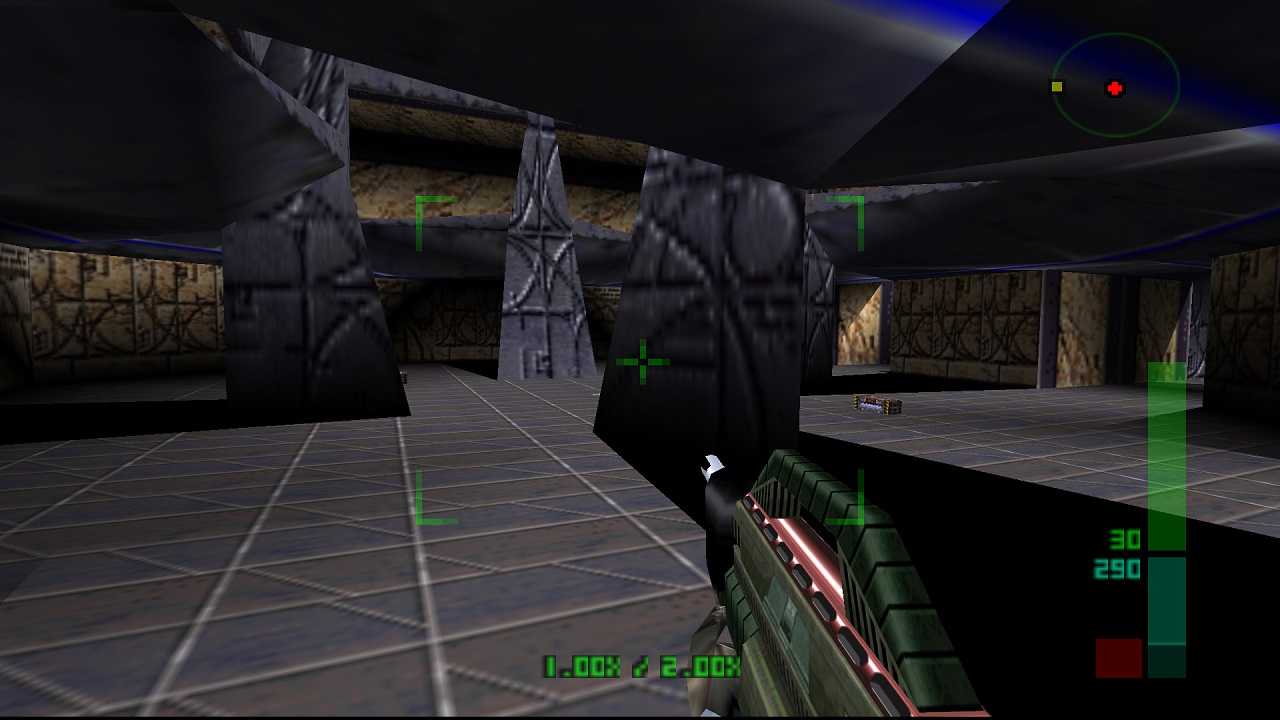 Each stage was characterized by the different gadgets at our disposal, making the adventure progress varied and never repetitive. One of the most obvious difficulties of Perfect Dark, moreover, was precisely that of understand how to proceed within the schemes. Where to place that mine that has been assigned to us? Where to hide the briefcase with our weapons? How do we get the disguise we need?

Even though all the necessary information was contained in the initial briefing, the user needed to repeat the steps over and over again before finding the right path. In short, he needed to err, to explore all possibilities. Perfect Dark’s missions were structured as real simulations. Failing didn’t interrupt the game, but it allowed us to see a negative outcome of the operation. In short, Rare’s masterpiece was a riot of experimentation. Although the process for completing the mission was often straightforward, the developers had included a number of variations that sometimes led to slightly different endings.

Solving the complicated stages set up by the London development team was really satisfying, as was discovering all the goodies and details contained within them. For example, in every mission, Joanna could find slices of cheese well hidden in the most unthinkable places. Repeat, repeat and repeat again, until the perfect execution of the operation, complete with a final score. Years later, Perfect Dark is still playable and, most importantly, re-playable, despite an obviously aged technical sector, but which at the time managed to put the Nintendo 64 under pressure by taking it to its extreme limits. 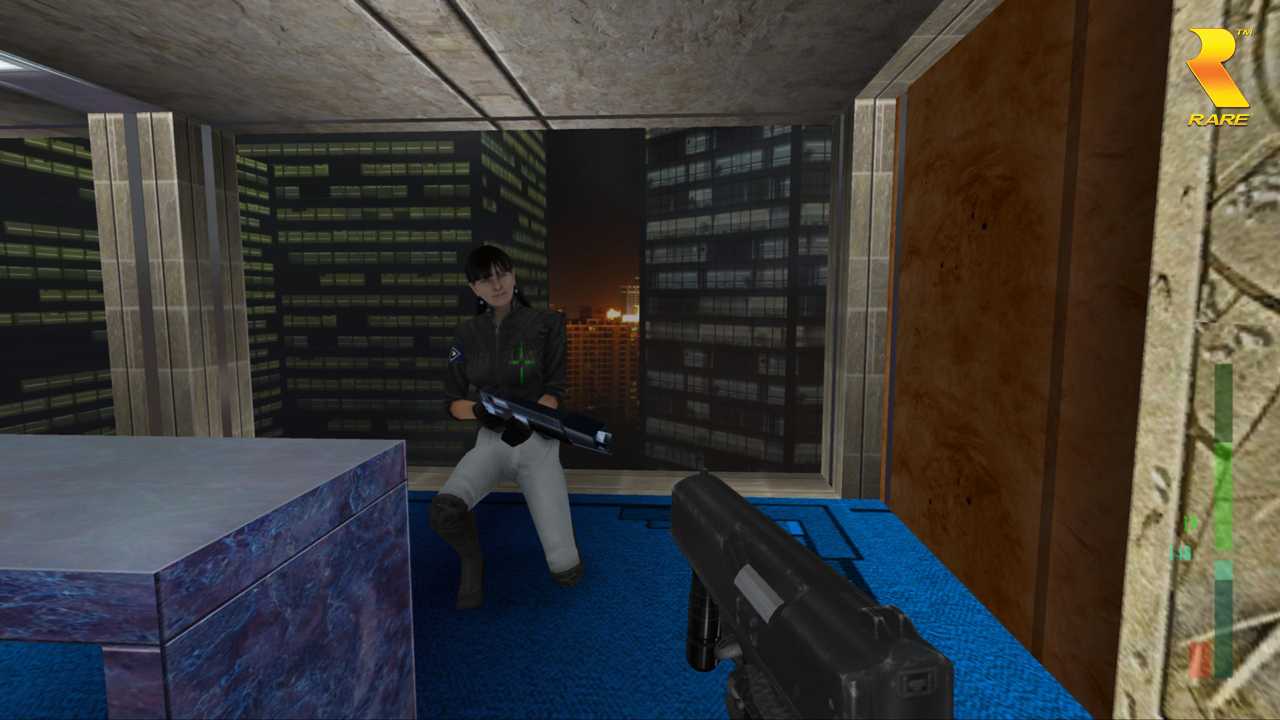 Perfect Dark, today, is not a series linked only to retrogaming. The last episode – a prequel – came out in 2005 as exclusive for Xbox 360, but a few months ago the announcement of a new chapter, always exclusively for Microsoft platforms and developed by The Initiative. Other than a computer graphics teaser, however, we don’t know much. How could such a particular series evolve in an era like ours? The risk of being faced with yet another shooter like many others is tangible, but, according to the developers’ statements, it shouldn’t be.

According to the presentation trailer, the new Perfect Dark should deal with very delicate issues such as environmental warming and the influence of corporations in the contemporary world. The tones, apparently, will be more serious and far from the light-heartedness with which Rare sometimes conveyed his messages, but this is it a choice in our opinion correct and suitable for different times. Recently, moreover, it turned out that a new episode of Time Splitters, another series directly linked to Rare it’s at Perfect Dark. But this, perhaps, is material for another special.

Are you interested in buying Perfect Dark or one of the many titles developed by Rare? Then take a look at Instant-Gaming, which always offers game keys at a discounted price. To stay informed about the world of technology and video games, however, stay with us on the pages of TechGameWorld.com.