2022 ended with one of the most anticipated films of the year, or Avatar: the via dell’acqua, of which we will report the review.

After waiting 13 years, here comes the sequel to Avatar, a gripping and thought provoking filmwhich gave additional special effects, telling a different story, with many other characters. Interesting plot which brought many spectators to the halls of the various cinemas, both out of curiosity and to satisfy the very long wait. Very high expectations that were – overall – met. Below, the review of Avatar: the water waysequel to Avatar.

The plot of the film | Avatar Review: The Way of Water

From 2009 to 2022, catapulted into another era of Pandora. The protagonists are always them, Jake Sully e Neytiri. The two, over the years, have started a family and, together with their children, lead a pleasant lifewithin his own village, covering a very important role. The two, in fact, lead the people. The fight against humans, however, is not over yet. In fact, the colonel comes back on their way who, right at the end of the first film, was defeated by the couple, losing his life. He will be reborn just like Avatar, seeking revenge.

For this the Sully family will find themselves facing a new clash and, together with them, first their own people and then another population, completely changing the environment. The two will not only have to look after their children but they will have to also deal with the first marital conflicts, caused by a different upbringing – and world view. To obtain survival, there will be many losses and renunciations, which will tear the hearts of the protagonists and of the many Avatars involved.

The topics addressed | Avatar Review: The Way of Water

Among the different addressed in Avatar: the water way, the main ones are definitely the one on family and on the natureon the environment. Joining the main characters are their family members, ie Lo’Ak, Not finished e Tuk; to these is added SkinGrace’s daughter. Worth mentioning Spiderhuman who lives in Pandora, son of the dead colonel.

Due to a resurgence of fighting against humans, Sully and his family are forced to flee, against his wife’s wishes. They ask the clan of gods for shelter And my motherlocated on the barrier Reef, led by Tonowari and Ronal. Sully and Neytiri, having gone from leaders to “simple” inhabitants of a new reality, must therefore learn to respect new rules and new lifestylessuch as respecting the marine environment, making flora and fauna a further point of support and strength. Il the theme of adaptation to a new reality appears evident, given that the children of the protagonists – often very anarchist – have to deal with the hierarchies of the new clan and there will be moments in which they will get into trouble. The family element is linked to this element, given that Jake Sully finds himself covering two roles: that of husband and boss (against the patriarchal background) who gets the better of his wife and decides for everyone; And that of father who, aware of the difficult situation, initially fails to understand the point of view of their children, due to a military approach. Only in the course of the film this his severe side begins to crumbleopening up more – towards the end – to a much more emotional and sentimental interaction with their children, in search of themselves.

Respect for nature and animals | Avatar Review: The Way of Water

Central to the whole story is the respect for nature – in the first place – e for animals, seen as trusted friends and true guides for the world of Pandora and for the various clans. The respect is so high (and reciprocal) to embarrass the viewer, forced to question himself – and in some ways reproach himself – for the lack of attention paid to his own world. It is no coincidence that we focus on water, since seas and oceans are still almost completely unknown to man. Attachment to flora and fauna is a main characteristic of every Avatar. In this case, reference animals are i I will comeeach linked to their own avatar, through a almost fraternal and indissoluble relationship. The fight with humans will lead to loss of many animals, struck almost as a sign of defiance and, therefore, sacrificed for a greater but avoidable cause. The same condition is experienced with the tribes and the place where they live, given that many clans suffer the harassment of the antagonists, who they burn the whole land looking for Jake Sully and Neytiri.

The pain for the loss of the Tulkun will cause an even greater battle, which will also involve the Metkayina, ready to avenge their friends.

In conclusion, the review of Avatar: the water way is positive. Although the topics addressed are now on the agenda, it is not obvious to leave one clear and coherent food for thought: the ideals of the family and respect for the environment that surrounds us.

The plot, not always linear, is however well compensated by the special effects and by building a whole new world (that of the Metkaynas) and adding the newcomers, their respective children.

Final, in some ways, a surprise, which in all respects anticipates the succession of this saga, which does not seem James Cameron wants to conclude. The success was almost announced, given the great response of the first film.

A film that has nevertheless met expectations and that leaves the curiosity for the sequel.

Between adventure and science fiction 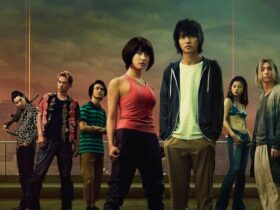