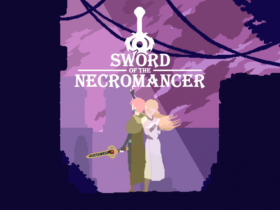 Sword of the Necromancer review: a roguelike that limps

After days of challenging Curse of the Dead Gods temples, let’s see are you the new roguelike we liked or didn’t like in our review

The Binding of Isaac? No… Enter the Gungeon? Mhh… Hades? Maybe. But by now we know, to be able to emerge you have to create the most original work ever or, more simply, take what already works and propose it correctly. The boys of Passtech Games they certainly made the second choice when they decided to start development on their latest effort. Curse of the Dead Gods is the new roguelike that enters the videogame market with a straight leg, offering several goodies not to be underestimated. Whether we liked it or not, you will find out just by reading this review!

Curse of the Dead Gods review: among temples in search of riches

The nature of the videogame emerges from the title screen cup e dark, accompanied by an Aztec-style jingle, which is very “Indiana Jones”, but horror. The protagonist is a union between the adventurer created by George Lucas and a Norse warrior who in search of riches, strange powers or even eternal life, lands in the cursed temple: the epicenter of all our games.

Through a very short but exhaustive tutorial, Curse of the Dead Gods catapults us directly into the dark paths of our first temple. With a primary weapon, a secondary weapon and a flashlight, we will see ourselves projected face to face with the monsters that populate the game’s maps, quite suddenly but certainly in keeping with the nature of the title.

The combat system puramente action immediately convinced us. Based on the use of stamina, we will be able to perform two types of attacks for each weapon in our possession. May it be theprimary weapon, that secondary or that heavy, the attack will change according to the pressure of the associated key. Clearly the stamina will drop both with light attacks, and more with heavy ones, but also with dodges. To avoid the hits of the enemies, in addition to making a dodge we will be able to perform ready which, if done with the right timing, will stun certain enemies.

In addition to the weapons in our possession we have told you about a torch. The mechanics of darkness in Curse of the Dead Gods are simple but clever. In an unlit place, enemy shots will subtract more HP and to avoid this we will have to look for unlit torches scattered across the battlefield and light them through our torch, in order to illuminate portions of the map. Often and willingly, the attacks of the monsters will destroy these torches, making the fights more dynamic. In addition to the latter, we will be able to set fire to enemies directly: a more sadistic choice but certainly more fun. 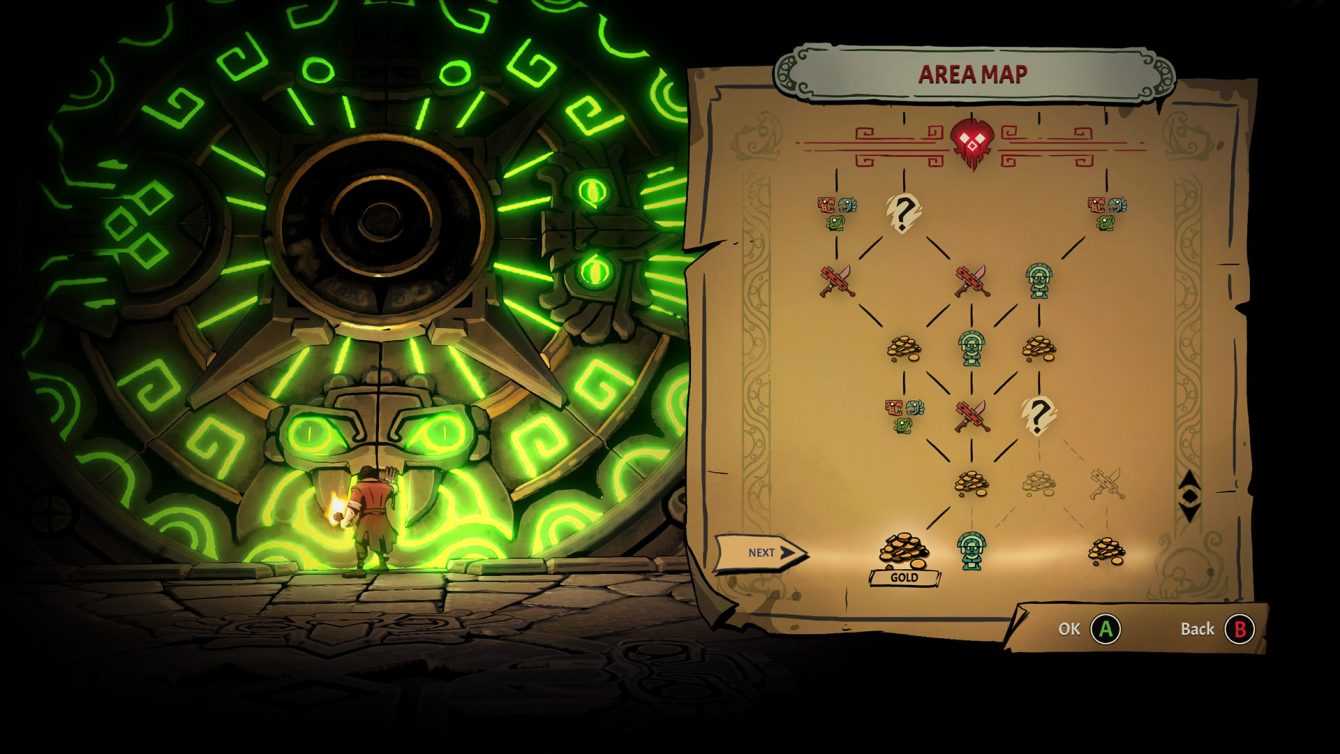 Once the first level of preparation has been completed (or having been defeated) we will see for the first time the “Underworld“. In this place we will essentially be able to spend all Crystal Skulls he Jade Rings to unlock upgrades. The two items are dropped by bosses once defeated or rarely by base enemies. The upgrades that we will be able to unlock in the Underworld are divided into: blessings, abandoned weapons, altars of weapons and divine gifts.

The blessings they are real passive perks and we will be able to equip a maximum of 3, unlockable gradually with the Crystal Skulls and Medals: prizes obtainable by completing a level. By unlocking the abandoned weapons with the Jade Rings we will add the latter to the list of weapons obtainable in subsequent games. The altars of arms they will propose different equipment before entering the temples. By improving them or unlocking others we will therefore have a more varied possibility to choose what to wield before leaving on a mission. THE divine gifts they are finally gods active perk which allow to refreshare the objects offered by the reliquaries.

After choosing our armament, all we have to do is enter the next cursed temple. Initially a menu will open that will allow us to choose between the basic challenges, which we can try again as many times as we want or special events with specific rules and more substantial prizes, which we can try to conclude only once. By selecting the challenge we will have to face, we will choose which room to start from. The rooms will offer different rewards upon their completion which can be weapons, relics, upgrades, gold and even the possibility of healing. 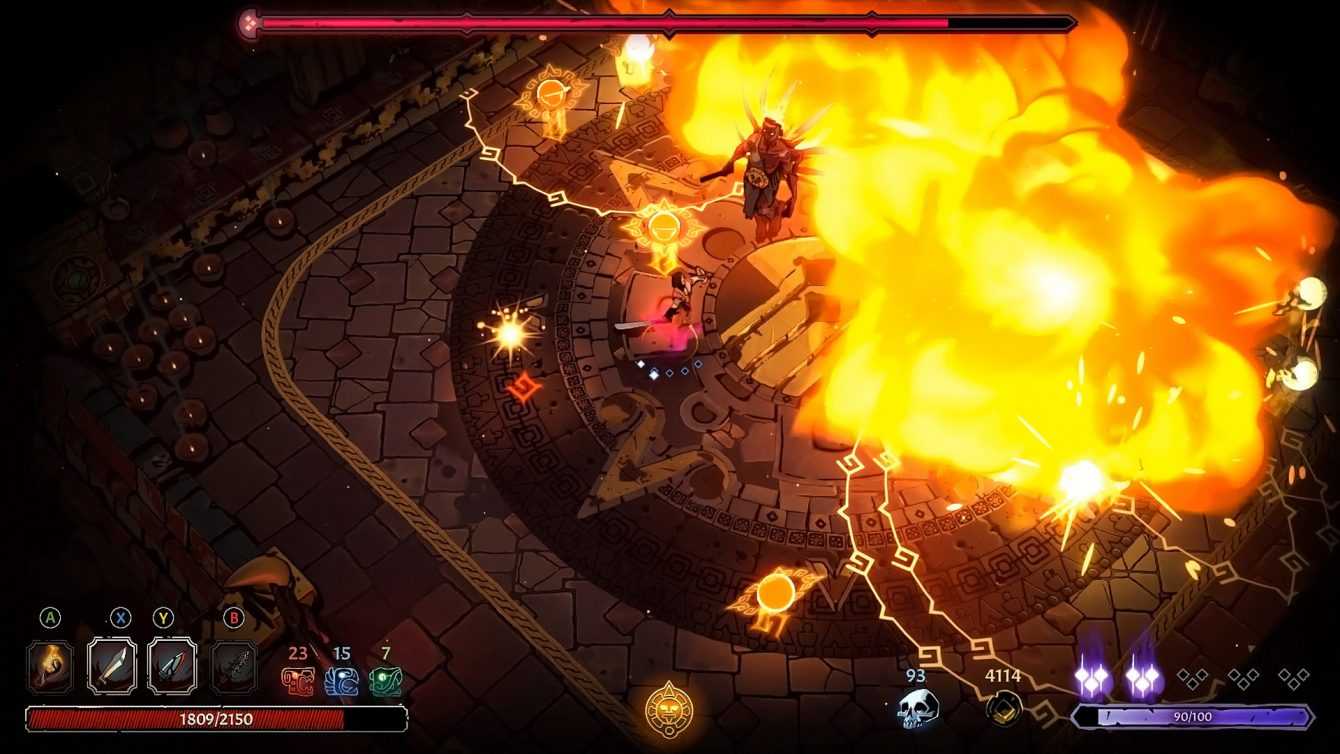 When choosing a room, we will decide not only which reward we would like to achieve, but also the turn the whole game will take. This is because the next path to the rooms that we will not choose will be deleted. Although some prizes will be dropped by enemies, at the end of the various rooms there will be i Reliquarium previously mentioned: real shops in which we can fork out oro The… blood! If we decide to pay with gold we will get the object we crave and it will end there. However, if we do not have enough money, we can make a blood donation that will raise the “Curse“.

And this is where the most original element that characterizes the Passtech Games roguelike comes into play. Whenever our bearded explorer walks through the door to the next room, part of the curse gauge will fill up and, once full, we will get a malus. Some curses are really annoying and totally negative, while others are much less overwhelming and we will almost forget we are afflicted by them. There are also ways to decrease our curse points, for example through particular artifacts that will grant us passive bonuses. The real hardcore-game will show up when the fifth and final curse punishes us with the continuous decrease of Health Points. We have not specified this previously but, as the genre teaches, in case we are defeated we will return to the Underworld and we will be forced to retry the entire challenge from the beginning. 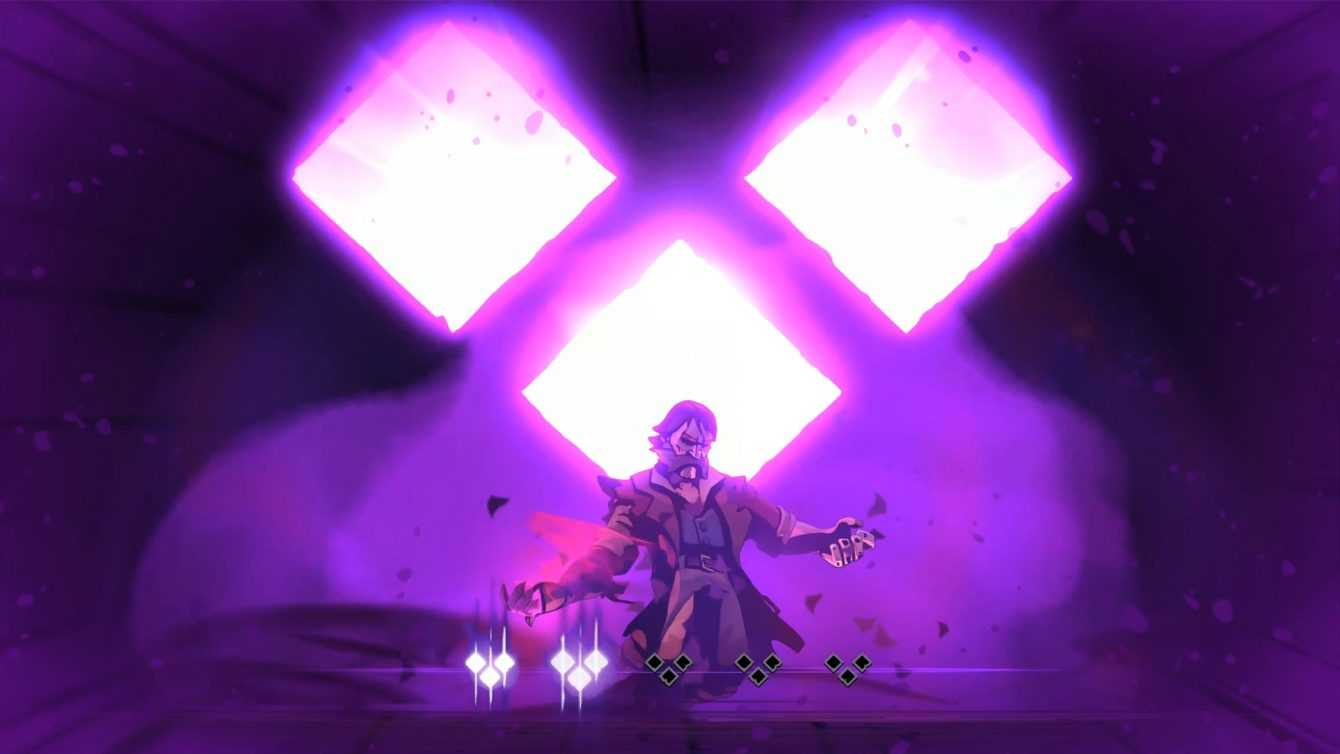 Whether it’s for the rooms that are really too similar to each other or for the lack of variety of enemies, the title tends to become repetitive after a handful of hours of play. The plethora of weapons available, each with its effects, didn’t make us feel a radical change in the style of play. Not even the traps scattered across the map that lead us to rich loot have been able to alleviate this addictive sense of predictability to Curse of the Dead Gods. Unless we are cursed to the core or without PV, once the moveset is understood, even the bosses will become not so difficult to beat.

The plot is barely hinted at, as in most of its peers, and it is possible to deepen it thanks to a few lines of text that describe the various enemies once encountered. The Italian translation is flawless and has no errors.

Really good as far as the technical sector is concerned. On Nintendo Switch its dark cartoon style is truly a feast for the eyes and, especially in handheld mode, the game manages to shine. The same goes for the fluidity which results Great. We did not notice frame drops even in situations full of on-screen effects. Also beautiful are the ambient sounds and the gloomy music that accompanies our adventures to discover greed. 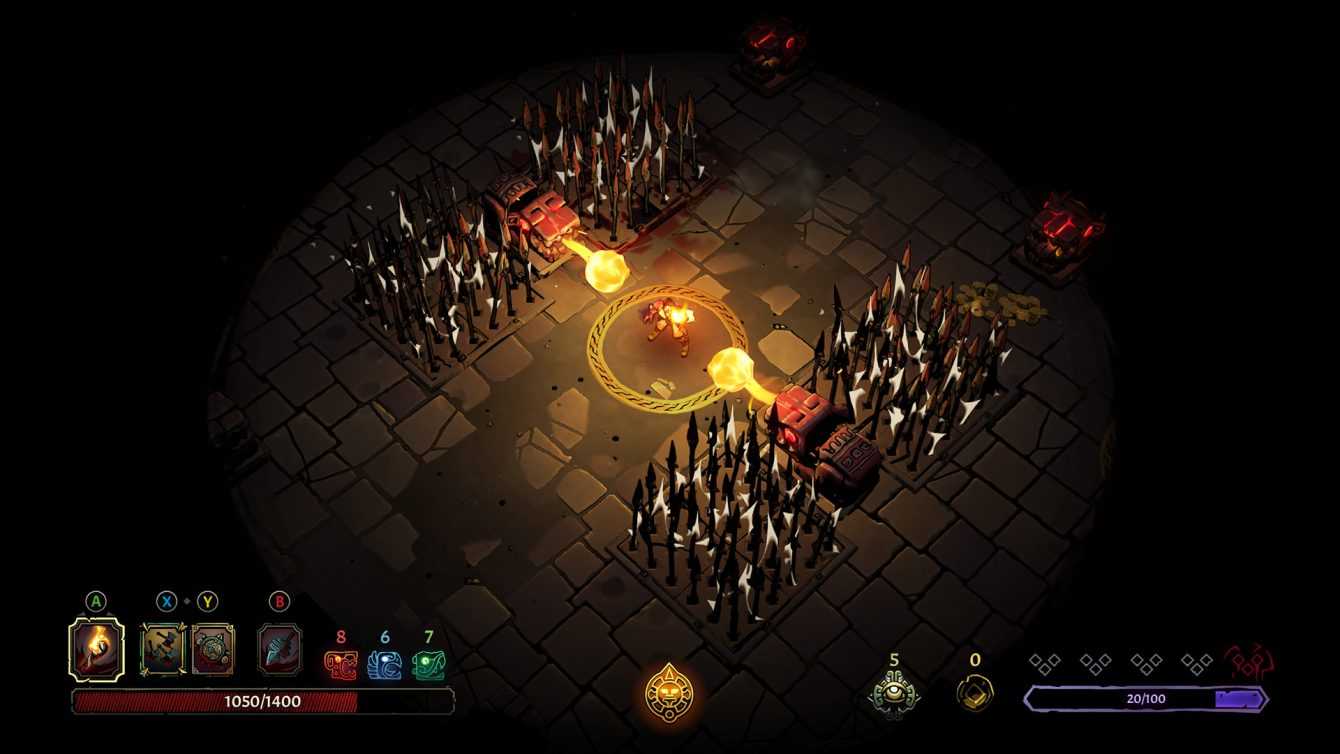 Curse of the Dead Gods is a really cute rogue like with a handful of original ideas. Unfortunately, after a few runs through the dark temples it will suffer from the “loop” effect that often plagues this videogame genre. Despite this, also motivated by the low price at which it is proposed (even discounted from day one), we would like to recommend the title to lovers of the genre since it will still be able to offer several hours of challenge and fun!

In the long run it could be boring