If while playing Marvel’s Avengers you thought “Too bad we didn’t focus on the single player campaign”, we have some good news. Marvel’s Guardians of the Galaxy is finally available, and today we want to tell you about it in our review

No microtransactions, no multiplayer, and with a relatively solid story, Marvel’s Guardians of the Galaxy bursts with a respectable single player experience. Its simple but fun combat and a fairly linear level design do not exactly represent a revolution for the genre, but between solid foundations and the personalities of the protagonists, Guardians of the Galaxy gives a great experience.

Despite the name of the game (and the team), the entire campaign of about 18 hours you play as Peter Quill, aka Star-Lord. This choice works very well for the type of story being told, never letting the rest of the Guardians overshadow the story. The main storyline is basically what is expected and fans have long wanted: a cosmic comic adventure about Guardians of the Galaxy. Trying to get out of debt through teamwork, and saving the galaxy along the way, the whole adventure is framed by personal and introspective events for Peter. The result is an engaging story that balances a constant flurry of action, entertainment and lots of humor. 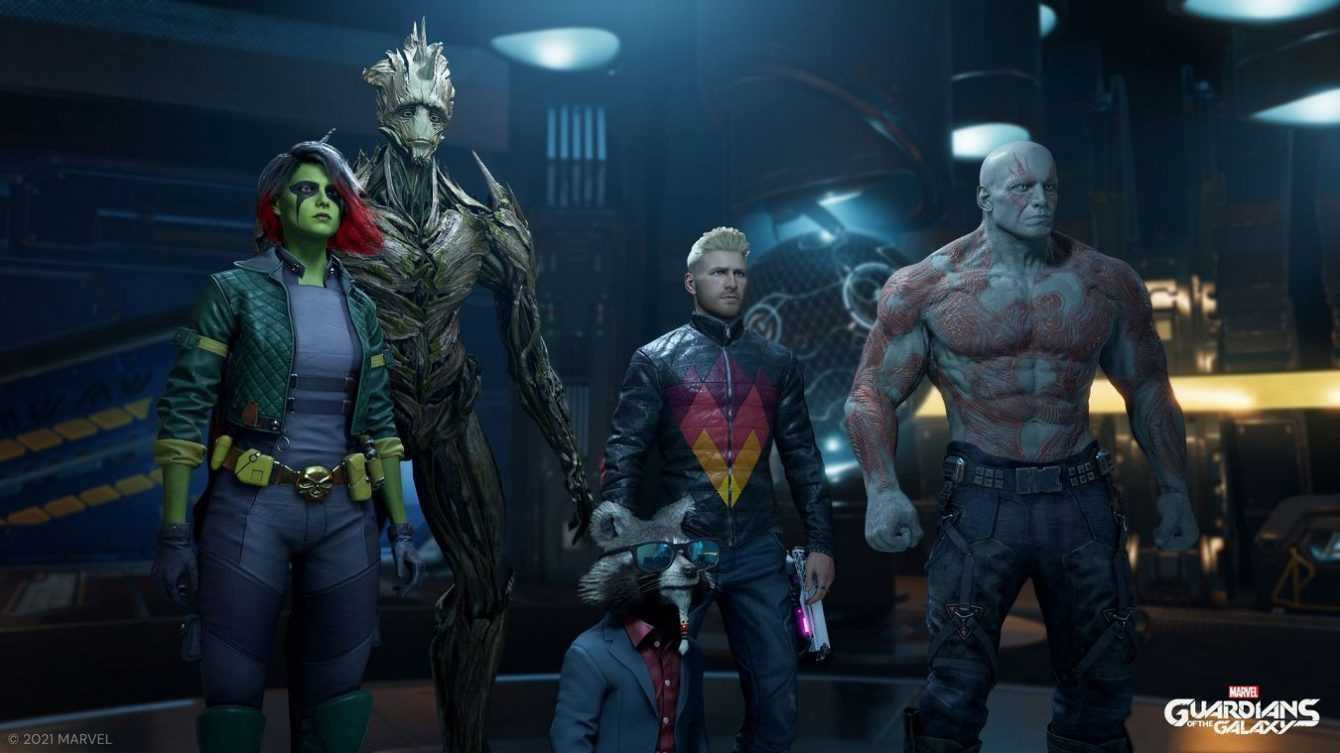 Although the story is extremely linear, the influences of Eidos Montreal from “Deus Ex” they show themselves through the amount of dialogue choices offered throughout the story. We are constantly being given options for how Peter will respond to different conversations, both during important story moments and while walking around chatting with teammates. During the course of the adventure, there is rarely a time when the Guardians they do not speak, and when writing is so much fun it can only be a pleasure. These dialogue choices are mostly just a fun role-playing game in an otherwise extremely on-rails story, but some of them enrich the narrative context. with some nice goodies.

For example, making the right dialogue choices to save a character at some point could make him come back to help you later. Or, you can make a few choices to tackle the stealth section levels, only to find out after finishing the story that choosing the other option would have turned the entire level into a massive firefight instead. Most of the campaign remains “fixed”, but these small differences they add a little salt to the adventure, leading players to explore the remaining alternatives once the story is over. 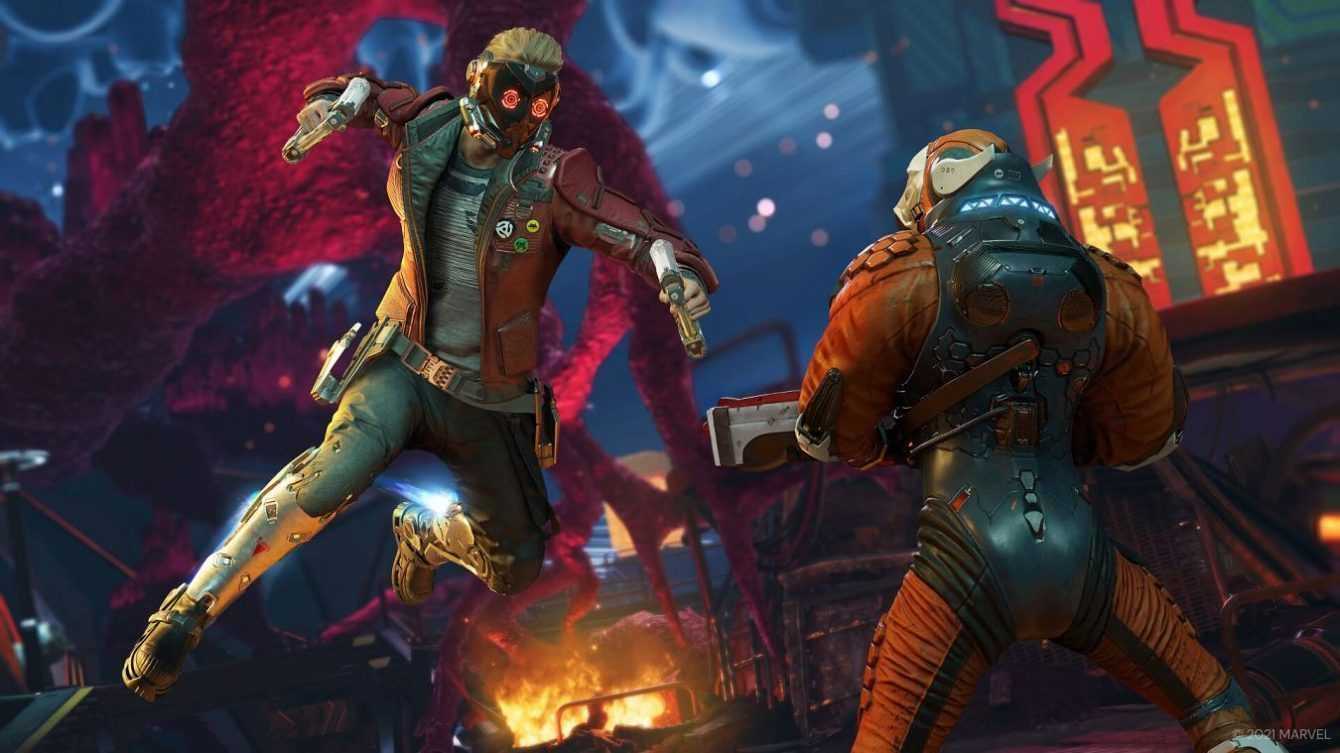 Although the story is played from Peter’s perspective, in combat it is possible to take advantage of some abilities of the other characters. In total it is possible to unlock four skills each, to be assigned before the missions. For example Groot can use his roots to bind enemies or Gamora can deal a massive amount of damage to a single target. This system gives you so many options at any time during the fight, making the pace of play and combat extremely rewarding. Peter has some tricks up his sleeve too, of course. Star-Lord has four powers of his own, one of which is the ability to activate his jet boots and fly for a short period of time. On top of that, you have four different types of elemental strikes that can freeze or burn baddies and more.

This large variety of options leaves a lot of freedom of choice in combat, despite the fact that it’s not quite the deepest or most complicated experience in history. Even so, the fight never ceases to be enjoyable. This is partly due to an enemy design that is varied enough to force you to use different attacks and combos to exploit their weaknesses or remove their shields. Finally, the ultimate call is extremely noteworthy The Huddle, with its modalities. When activated, Peter gathers everyone to talk about the fight and then chooses an encouragement response to earn a buff. During this buff, one of the many Guardians of the Galaxy songs will also play licensed from the 1980s. We do not hide that to fight a giant alien squid boss with “Everybody Have Fun Tonight” in the background it was one of the funniest moments of the last videogame period. 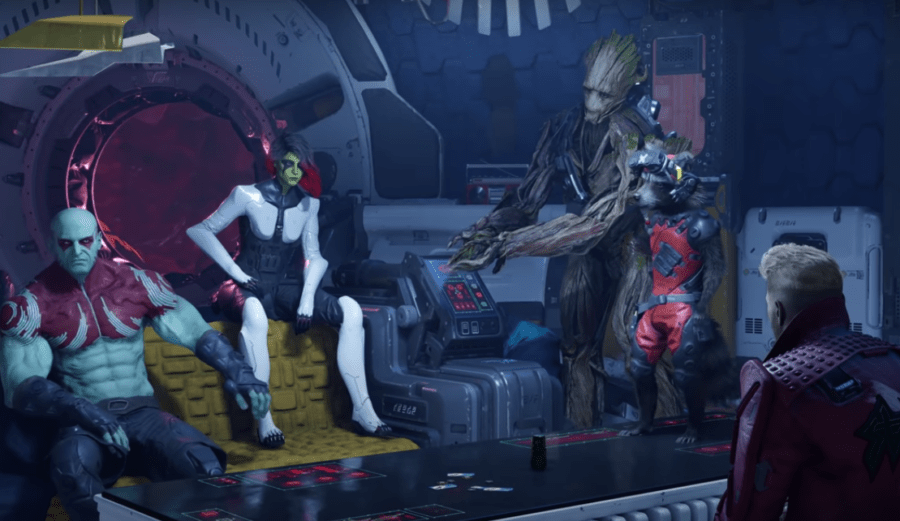 On rails, but quality – Marvel’s Guardians of the Galaxy review

Between fights and cutscenes you make your way through the traditional settings of Guardians of the Galaxy. From the spaceships of the Nova Corp to beautiful alien worlds, one truly feels immersed in the Marvel universe. Like the story itself, these sections are extremely linear paths with environmental puzzles to solve or hidden collectibles. Occasionally you will need to command your teammates, for example asking Rocket to hack a terminal or Drax to carry something big and heavy. This can lead to some extremely simple puzzle solutions but still fun, thanks to the constant dialogue.

Collectibles are both the crafting currency used in the game. With collectibles, it is mainly possible to improve Peter’s skills and unlock skins for different team members. Beyond that, you can find written diaries that enrich the story or special items that unlock new conversations. Finding the hidden is always rewarding, even if the side paths often they are just as easy to find and navigate like the main ones. The only small flaw is that crafting currency is so important that after a while it starts to get a little boring to research. 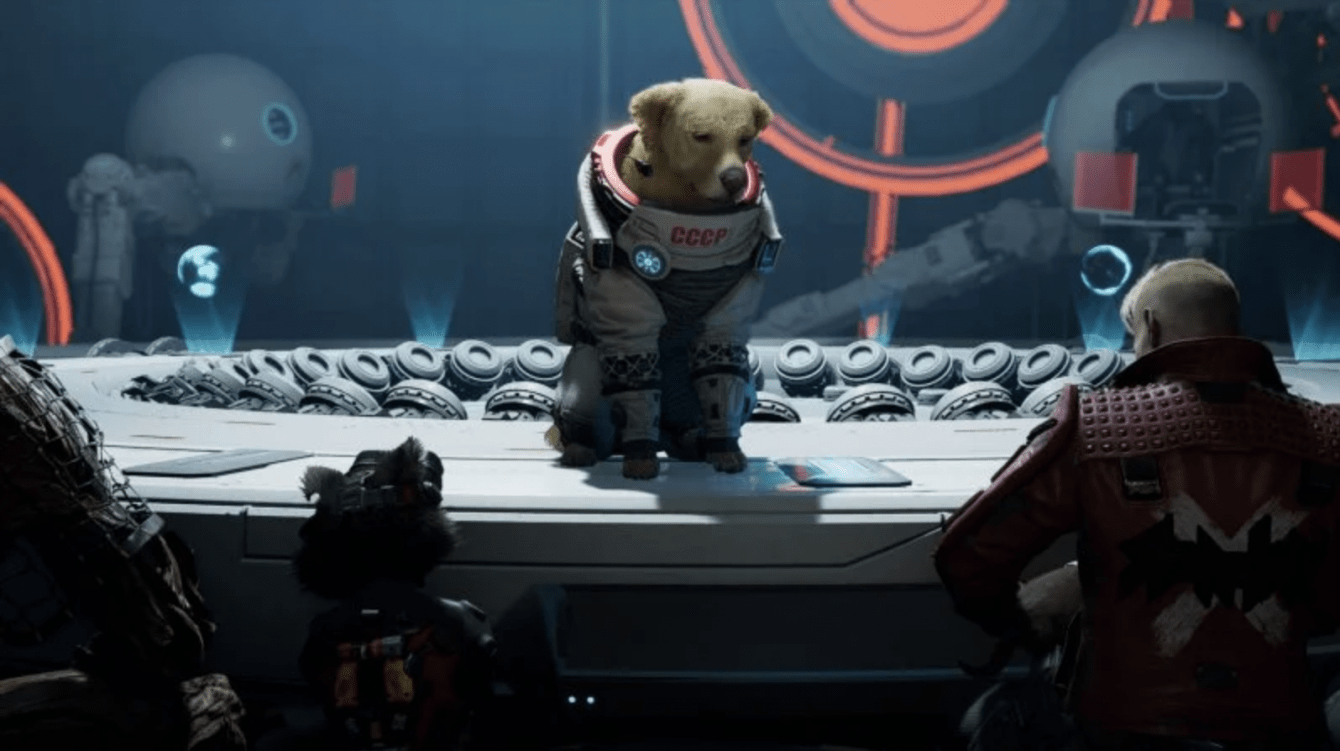 From what you will have gathered in the course of the review, Marvel’s Guardians of the Galaxy is an excellent title but not free from defects. The upgrade system is satisfying and pleasant, but it feels a little too flat at times (also due to the crafting). By completing fights you earn skill points to unlock new powers while crafting currency it can be spent on one of 15 different perks which are available to unlock right from the start. Having so much choice right from the start is great, but it also means there aren’t really any surprises over the course of the campaign. As a final note, the Xbox X / S title features a good number of bugs.

For example, we found ourselves hampered a couple of times due to an event that didn’t fire properly, or a button that broke. On top of that, some strange visual problems have popped up here and there on multiple occasions. Nothing that a restart from the last checkpoint can’t fix, but still a problem impossible to ignore. 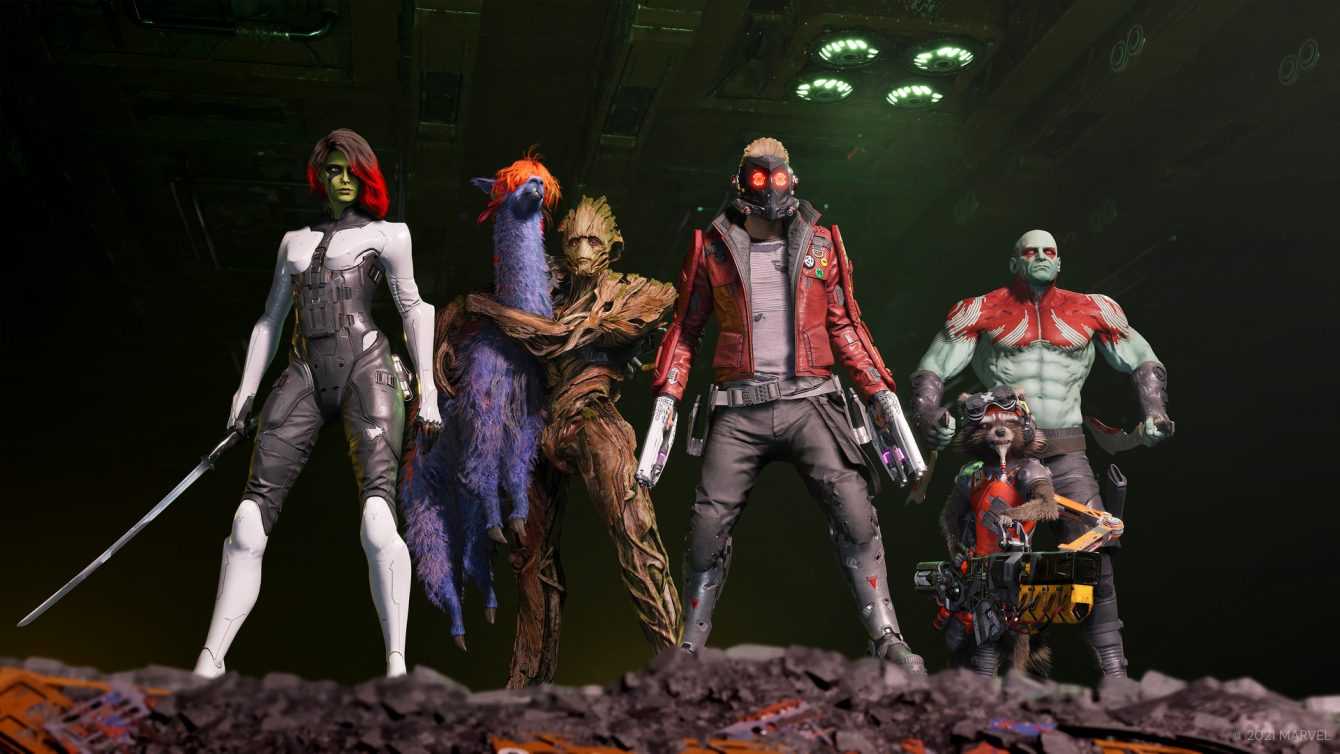 Net of what has been analyzed in this review, Marvel’s Guardians of the Galaxy nicely balances a light-hearted and action-packed adventure with some decidedly genuine story moments. The choices that are offered may add some surprising twists or divert the game to different scenarios. The combat and level design are relatively simple, but they work well and are consistently fun and engaging. At the heart of it all though, it’s the relationships and jokes between the characters that keep the game fresh from start to finish. It may not be the best game ever, but Guardians of the Galaxy is once again an example of how fun and enjoyable it can be a straightforward single-player campaign with no frills. Absolutely recommended, especially for Marvel fans.

Marvel’s Guardians of the Galaxy is available for PlayStation 4, PlayStation 5, Xbox Series X/S, Xbox One, Nintendo Switch e Microsoft Windows. As always, we invite you to stay connected on TechGameWorld.com for more reviews, guides and much more. Also, don’t forget to check out the Instant Gaming catalog for always discounted games. Bye!

A great debut for the Guardians!