A few days after its release, we offer you a “cold” review of Strappare along the edges, the animated series by Zerocalcare available in six episodes on Netflix that confirms and renews the incredible talent of the Roman artist

Let’s start with an indisputable fact: if you haven’t seen this series yet, you have to do it, immediately. Not because it is the first “real” film project by Zerocalcare, which has already tried its hand at the big screen in the past, but perhaps not going “full in”. Nanche (only) because it is the Netflix title of the moment in Italy. Nor because you are a fan of the comic world and the curiosity given by the trailer pushes you to bask in the excellent animation. The reason you have to watch this series is that whatever your age, your taste, your gender, you will find in a made in Italy cartoon one of the most beautiful, authentic, exciting products that you may have seen for a long time.

The animated series Netflix confirms the talent of Zerocalcare as a storyteller, renews him as a voice actor and creator, showing once more his ability to turn on different tones and registers along the course of the six short episodes of the total duration of a film (almost 90 minutes). The plot is revealed slowly, giving space to the stream of consciousness of the avatar of the author Zero, and escapes from the limiting boundaries that enclose a personal story to become the story of an entire generation. And, after having fooled us with laughter, hit hard.

Chronicle of a trip | Review Tear along the edges

As we continue this review of Tearing Along the Edges, it is right to dwell, without too many spoilers, on the plot. The series represents a journey, which Zerocalcare and two of his friends Sarah and Secco are facing, from Rome to Biella. The reasons cannot be revealed here, it will be the vision to lead the viewer to the necessary clarifications. In any case, this frame is the occasion for Zerocalcare to reflect in general on his own identity, starting from his childhood, summarizing the events of his life that somehow forged him and showing all his quirks and flaws. . In this chronicle of life, tragicomicity is the master, which for the first three episodes will make you laugh a lot, some through gritted teeth.

In all this, the dimension of the journey appears to be the best narrative expedient to make room for these interior monologues: who has never lost himself in his thoughts as a distracted passenger on a train, watching the world go by outside? But we cannot just dwell on the past in this a journey presupposes (if it does not force) a departure and an arrival. Here the second part, the last three episodes, will hit us with unprecedented strength, in which the protagonist will have to do what too often he realizes he has not done: forget the impulse to mere conservation, and thus renew himself. Thus is revealed, in the enormous writing quality of the series, the journey is always two-faced: material, from Rome to Biella, and mental, from child to adult. 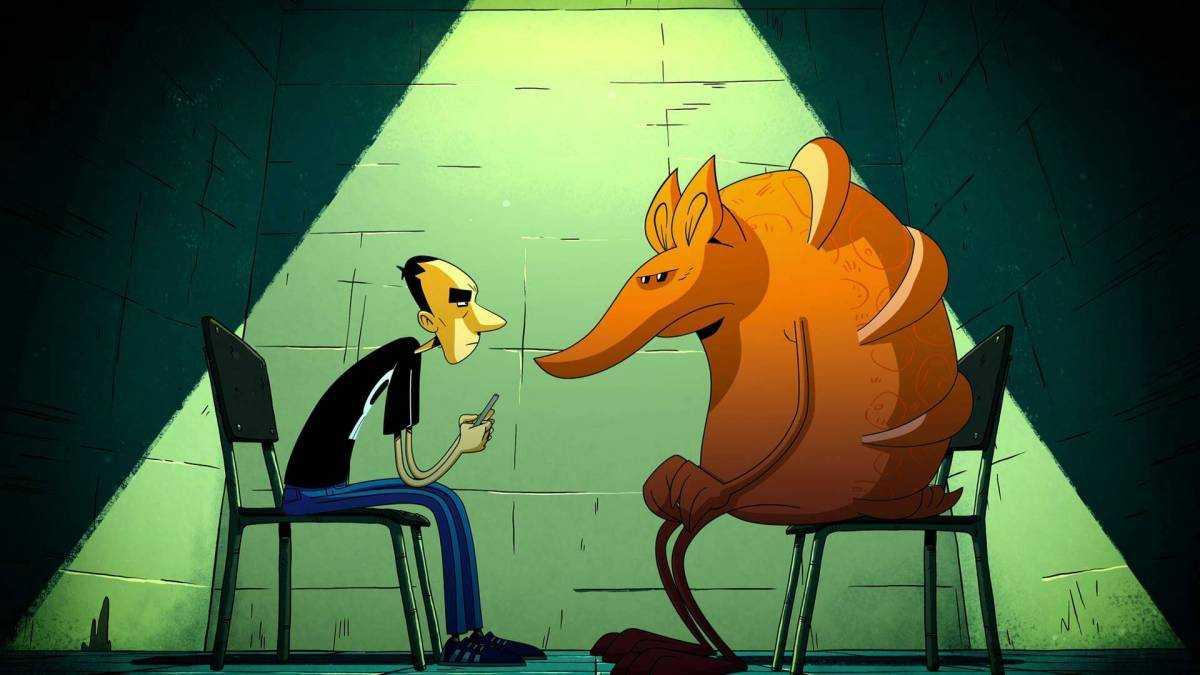 Mature and conscious animation | Review Tear along the edges

The enormous writing quality of the series is perhaps the first thing you might notice once you finish watching. On the other hand, the cartoon = product for children paradigm is now over. Tearing along the edges is, in fact, immensely less banal than it may seem on the surface; this, it seems to be able to affirm, thanks to the authoritative signature of Zerocalcare, which proves to have learned from previous cinematographic experiences and to have achieved full awareness of the means of communication. Everything converges towards the maturity from which the masterpiece is born: the division into episodes, lasting between 15 and 20 minutes each, does not belong to an old way of conceiving animated series, in which each episode is self-contained, but, at the contrary, marks the stages of an anthology that, if it had been a unique film, perhaps it would not have allowed the viewer the right weighting of the inputs that were transmitted to him. On the other hand the frenzied rhythm of the monologues (which underline that these are flows of consciousness), moreover with a strong Capitoline accent, it would have tired most people if it had lasted, without interruption, as long as a film.

Even in bingewatching, so, you catch your breath and you have the possibility of letting the revelations and contents of what has just been seen settle for a few moments. Aware of the attention required (also thanks to the shots rich in details and easter eggs), the author also knows how to balance the rhythm of the single episode very well, so much so that at the end of the vision you will remember not so much a single event, but an organic whole in which you will probably be able to relate to it.

This is the demonstration of an absolute mastery of one’s writing skills, which makes Rip along the edges a nearly perfect story. On the one hand, because it’s fun and a lot, with comic tempos that most comedians could envy. On the other hand, because the most serious moment is treated with a rare delicacy. The definitive tear with the light tone of the series comes, after not a few signs, on that train that will inexorably arrive at its destination. 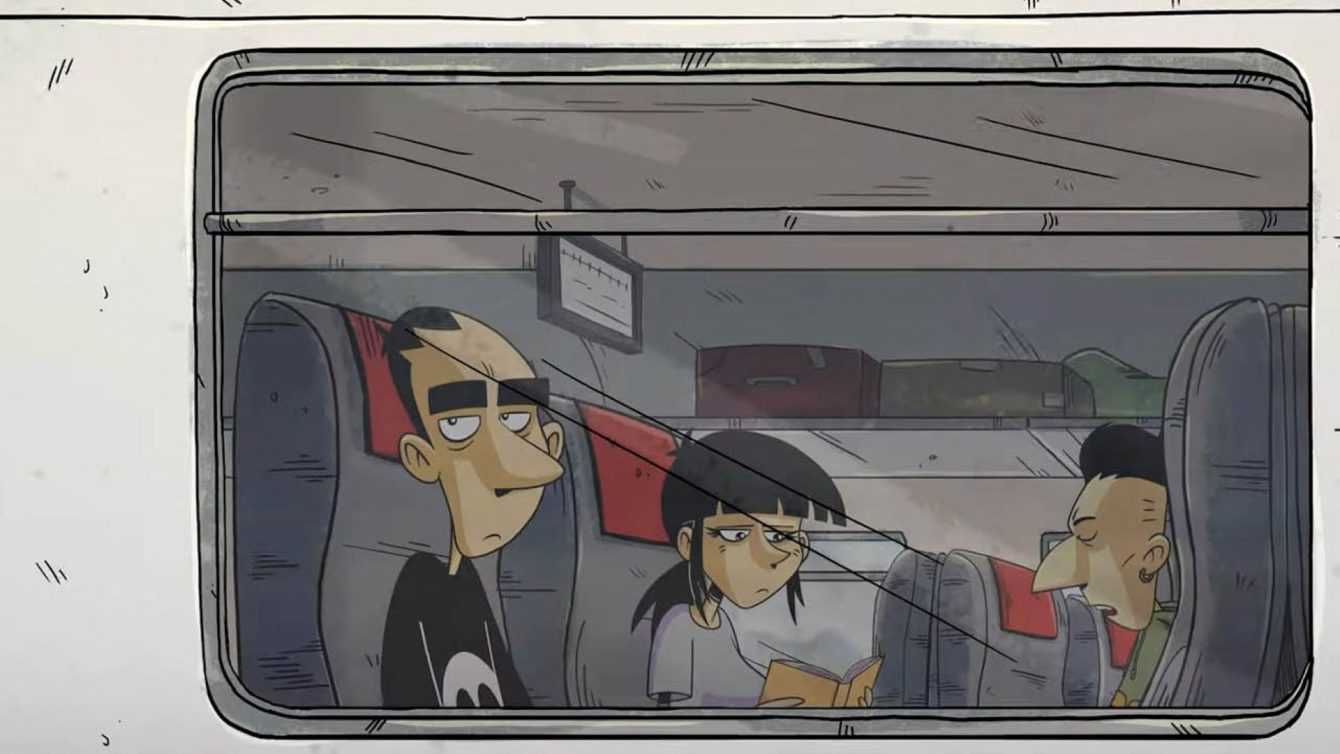 Zero comes on that train cornered by his own conscience in the shape of an Armadillo and with the voice of Valerio Mastandrea. The viewer in turn is surprised in a muffled limbo in which, in the desolation, a phrase echoes:

We went slow because we thought that life went like this: that it was enough to tear along the edges, slowly. Follow the dotted line of what we were meant for, and everything would take the shape it was meant to have. Because we were 17 and all the time in the world.

But then time passes and, slowly but inevitably, one sees one’s life pass by as helpless spectators.

I thought for a long time that if I didn’t tear a dick anymore, if I stood still, at least I didn’t do any more damage. Only it didn’t work like that because if you hold the same piece of paper in your hand for ten years, even if you don’t tear it, the result is that after ten years in your hand you still have a piece of paper to throw away, even if you have played the statuette. of wax.

The game suddenly ends, you return to reality, you realize that it is better to exercise free will over your life before it is late.

And the words of the philosopher María Zambrano are true, the roots must have faith in flowers, which as opportunely said are an appeal, an imperative: the future is not an inexorable design but it is the space of the project, the roots must believe in his promise and in his forgiveness because only the future can remedy the defects and errors of the past. 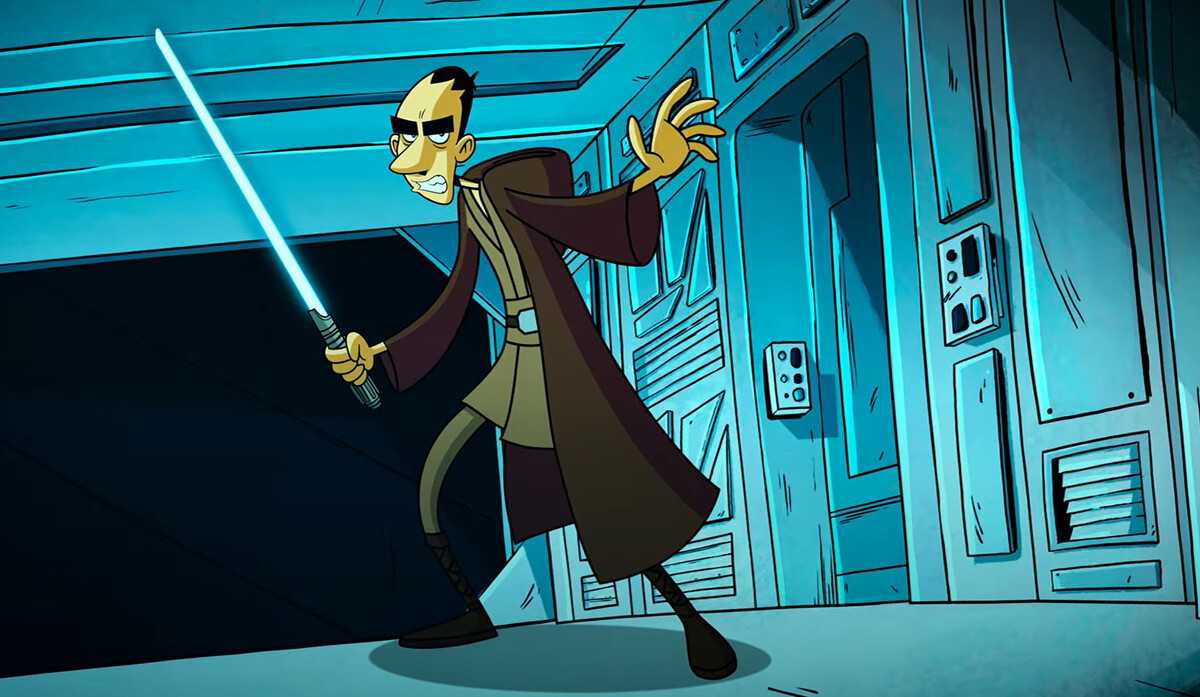 Zerocalcare, with a lot of skill, expresses in a simple and clear way the reflections that denote the identity crisis of an entire generation, which in turn is also social.

Here lies the real strength of Zerocalcare. Imbued with humor, quoting the pop world, but aiming for unfiltered seriousness. Above all, it gives voice to the same inner thoughts of most of the audience of reference, becoming a mirror on which to reflect. We then conclude our review of Tearing Along the Edges by applauding the artist and his creation. Far from being just plain fun, the series deserves the definition of a masterpiece: stratified, intelligent, capable of reaching everyone. Simply unmissable.