The Eternal Castle video game [REMASTERED], which we’re going to talk about in this review, is the remake of the original Eternal Castle released in 1987 for MS-DOS. This is the story the developers came up with to present their title, despite the fact that the original never actually existed

If you go and take a look at the official pages present in the various digital stores (the game can be purchased both on Steam for PC and on the Nintendo eShop for Switch, and will also soon be available for PS4), this peculiar title is presented as a modernized version of an elusive Eternal Castle, a title released for MS-DOS in 1987. Anyone who has in mind the titles of that era will realize, playing The Eternal Castle [REMASTERED], that the title is strongly inspired by the very first Prince of Persia, released in 1989.

There is clearly something wrong with the dates. How does this unknown game anticipate one of the most iconic titles in video game history by two years? The answer is soon said: Eternal Castle never really existed. Con The Eternal Castle [REMASTERED], which we will explore in detail below in this review, it seems that the developers have invented this story to pay homage to the game of their dreams, which they wanted to play as kids.

After talking about this peculiar and unusual move by marketing, let’s see in this review what The Eternal Castle experience offers [REMASTERED]. As a source of inspiration I previously cited Prince of Persia: we can see it both from a graphic point of view, both of gameplay. The game goes to great lengths to look, at least visually speaking, as if it really came out in the MS-DOS era, the result is nothing short of wonderful. They are used, with some exceptions where the color palette changes slightly, alone four different colors: in fact, in addition to black and white pixels, there are also magenta and cyan ones. Except for some rare situation in which the scene is difficult to understand and therefore confusing, the use of so few resources to create all the characters and game environments give the graphic style a truly enviable appeal (just look at the various screenshots). 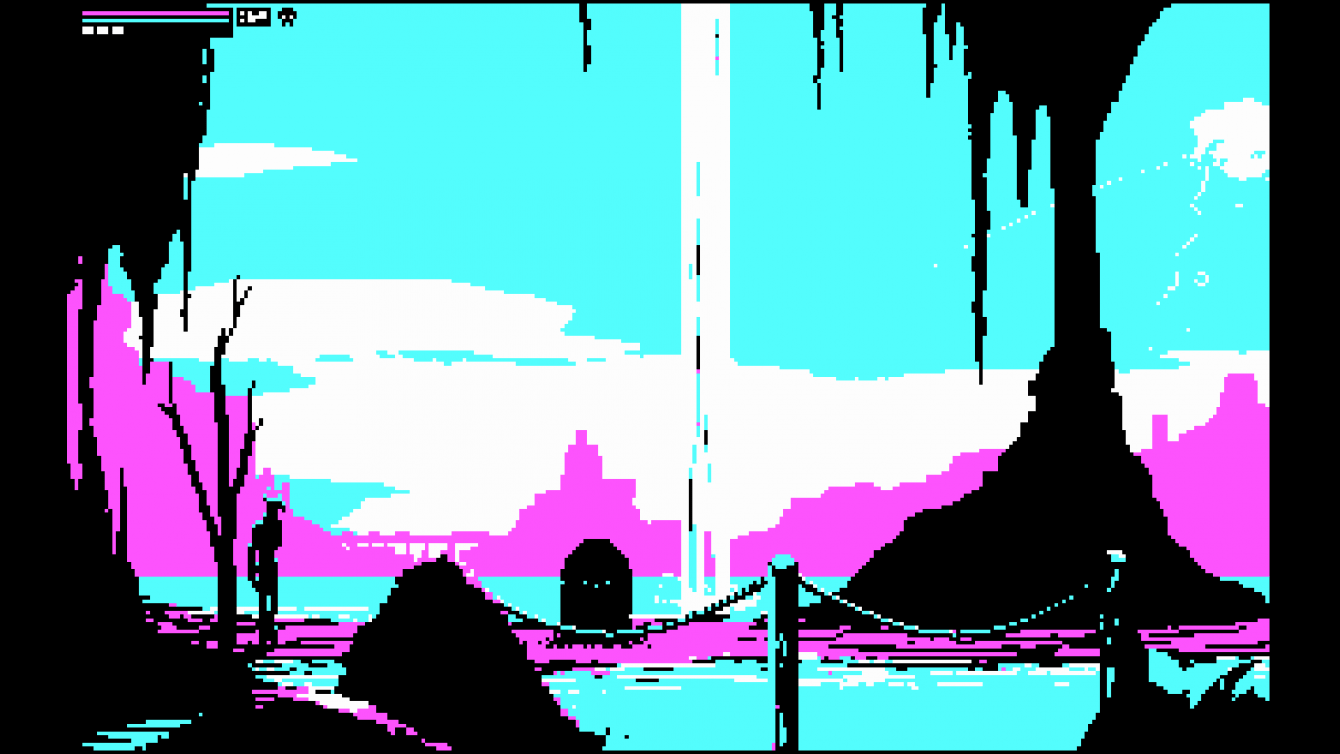 As already mentioned, the references to Prince of Persia and the video games of that era are not limited to the visual aspect, but also as regards the gameplay. It is not just about the level design and the reference genre, but also the animations of the protagonist and their reactivity, which are rendered in the same way. The game world is structured a horizontal scrolling, and we will have to make space between the various settings by climbing between various platforms and fighting against the various enemies that will parry against us, with various checkpoints scattered throughout the levels that will allow us to stop and recover our life.

About combat, the player will have two main attacks: one consists, in general, in the attack melee, the other allows to execute the attack from a distance. The protagonist, basically, like attacks can throw punches and throw stones from a distance, but his own moveset it will change based on the weapon in your hand. Talking about weapons, during the adventure we will find many different objects: axes, hammers, but also pistols, machine guns and shotguns can be part of your arsenal to make space between the rows of enemies. 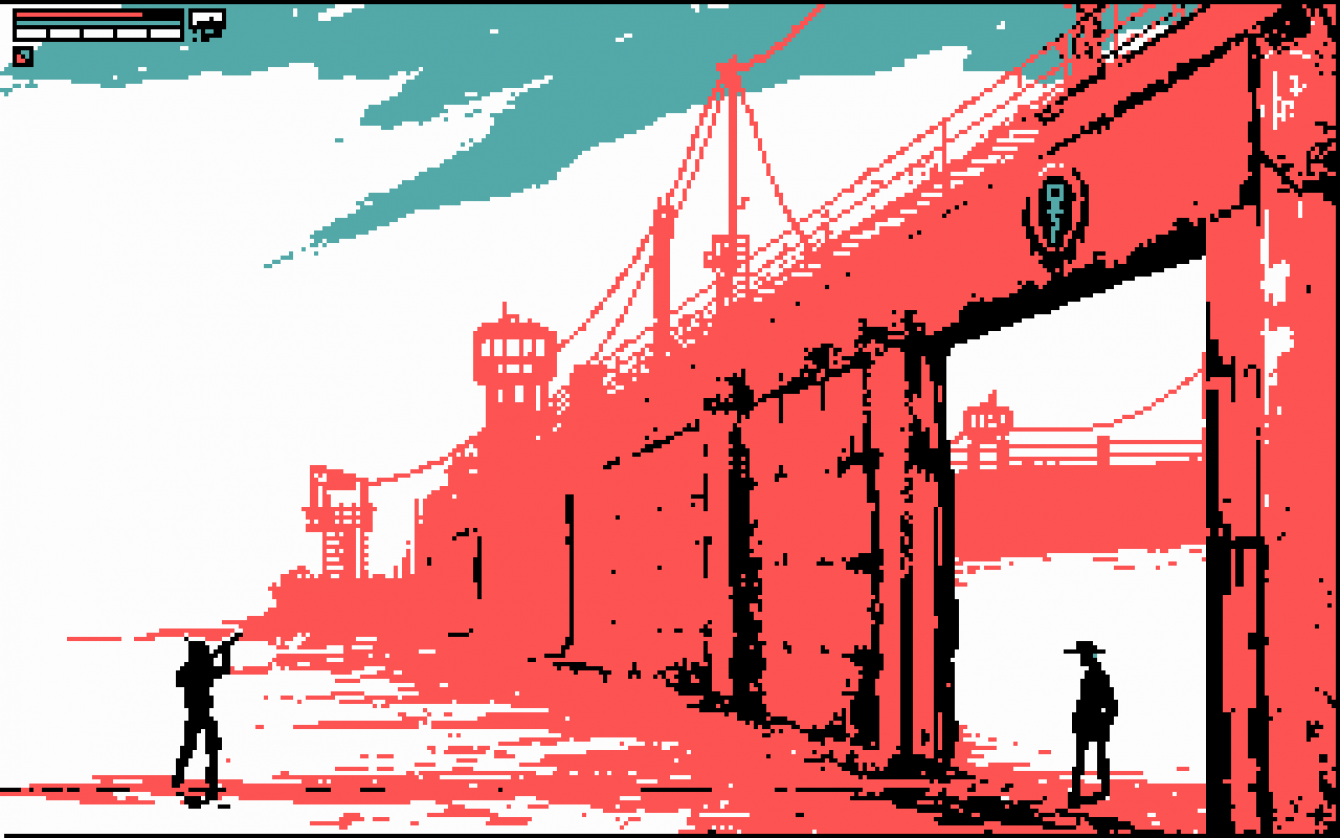 A little too much chaos – The Eternal Castle Review [REMASTERED]

Even the control system therefore emulates the old classics, especially in the animations and in the responsiveness of commands. In particular, although the animations of our character are particularly neat and pleasant to see, they render the movements not very reactive. If by the standards of the time such a slippery system was acceptable, today it could be indigestible to some of the public.

Other difficulties can be encountered with fights. In many sections of the game we will find ourselves fighting against a large number of enemies: unless you can get rid of them quickly (by, for example, a firearm), fight everyone together, especially if you use a melee weapon, can turn out a lot confusing. This then renders these sequences piecewise frustrating, when you can’t immediately manage them in the best way. That said, in the next paragraph of this review of The Eternal Castle [REMASTERED], we will go to see in more detail the various levels of the game. 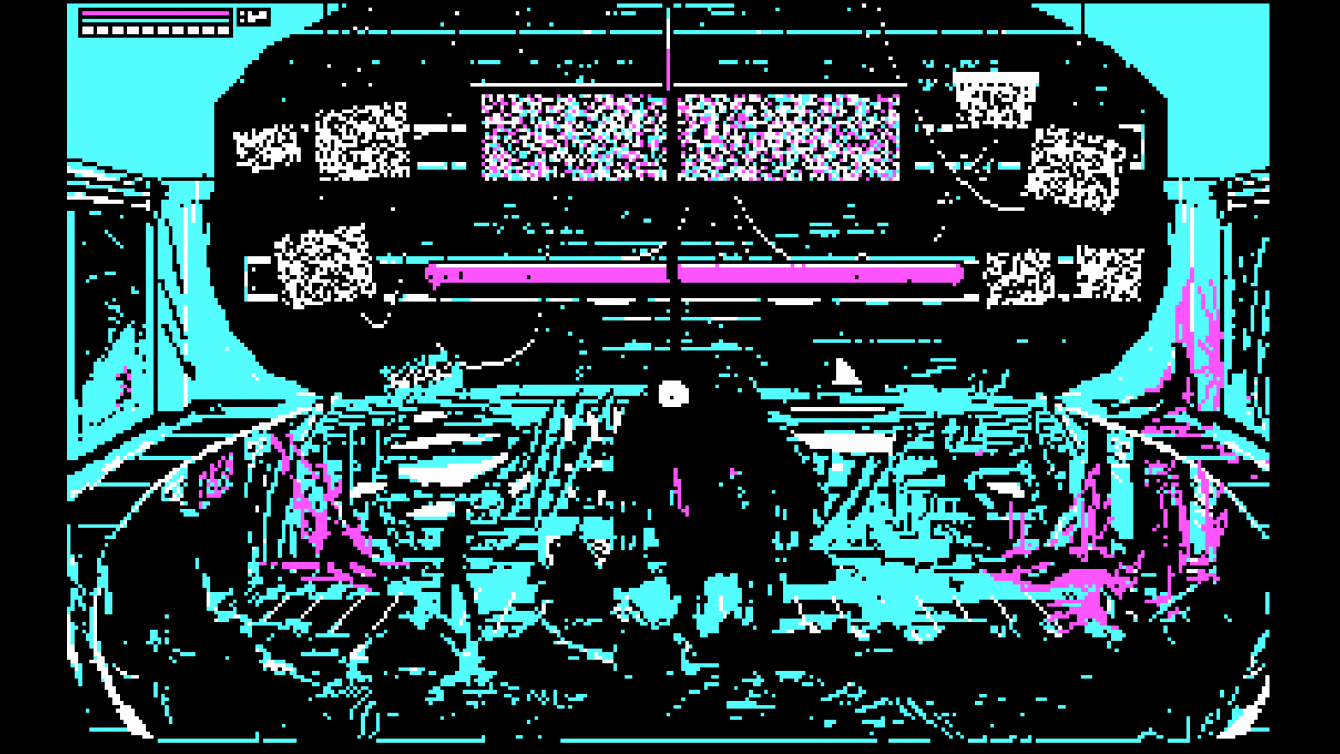 The title features throughout five levels, including the initial one that serves in part as a tutorial for game mechanics. Environments vary from level to level: from scary manors full of monsters, Mad Max-style desert areas and ruined cities, the design of each level will fascinate you. Furthermore, although the gameplay is mainly composed of platform phases and fights, there will be sections of the game in which you will face other types of challenges, varying your experience and avoiding the risk of repetition. Speaking of variety, even the few boss-fights are totally different from each other, and each of them is made through a unique style.

Proceeding towards the conclusion, we can say that the final verdict is more than positive. Between the incredible graphic style, the very interesting settings and the varied level design, the title manages to make the players travel back in time through this fake remake. An element on which we have not expressed ourselves is the soundtrack: Suffice it to say that it does an excellent job of reinforcing the atmosphere of every single section of the game. In general, excluding the moments when the action can become confusing for various reasons, and the moments when the control system can be annoying, what we have in our hands is a little pearl, and a beautiful love letter to the childhood dreams of those who developed this game.

Now that we have concluded this review of The Eternal Castle [REMASTERED], the word passes to you. What do you think? Did you like the title, or did it fail to capture you? In the meantime, if you want to stay updated on all the most important news regarding the world of sports, stay tuned to the TechGameWorld.com pages. If you prefer to buy game keys at discounted prices, you can do so through our link to Instant Gaming.