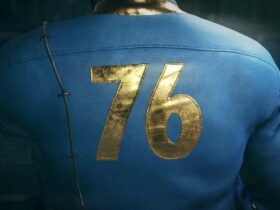 Psyonix has just presented Rocket League Swideswipe, the title will arrive on mobile in the release period you find in this news

Given how vast and, above all, profitable the format gaming market has become mobile in such a short time, with games like PUBG Mobile and Genshin Impact (to name just a couple) raking in revenue that console titles dwindle, it’s no surprise that many major players on the gaming scene are ready to jump into this by now. , former niche. Psyonix, for example, with the Rocket League blockbuster on PC and consoles for some time, it will soon make its debut in mobile, with the title Rocket League Sideswipe just announced with a period ofExit. Let’s see all the details about it in the next lines of this article.

Rocket League Swideswipe: the release period is set for the end of 2021 and in some territories it is already available in the alpha phase

Rocket League Sideswipe will be a standalone mobile title that will launch as a free-to-play version for iOS and Android with a period ofExit expected by the end of the year. The game in question will present a new perspective view based on the use of the side camera and will focus on games 1v1 The 2v2. The matches are described as “frenzied activities of 2 minutes”And while the gameplay and control scheme have been simplified for mobile devices, they will retain the classic mechanics and basic physics of the popular sports-racing title on PC and consoles.

Rocket League Sideswipe has also already entered the stage test alpha region-limited in New Zealand and Australia for Android gamers. As for Rocket League we remind you that the game is available for PS5, PS4, Xbox One, Nintendo Switch and PC and that since last year it has become free-to-play.

Over the past few months we have provided extensive coverage on the Psyonix game: find the guide for unlock all cars in the game, here, instead, we have offered you some tips and suggestions for improve your performance in the title of Psyonix.

And you? What do you think of this novelty? Will you try the title? Write it to us below in the comments section. We will keep you updated on future developments in this regard. Stay tuned to TechGameWorld.com for all the news and curiosities from the world of gaming and beyond. Lastly, for the video game download codes at discounted prices we invite you to take a look at Instant-Gaming.com.