According to some rumors that have risen in the past few hours, we would already have the title of the first free game of the PlayStation Plus of October: find out with us what we are talking about

In September, Sony PlayStation Plus subscribers were able to redeem Predator Hunting Grounds and Hitman 2 on PS4 and Overcooked All You Can Eat on PS5 for free. We are already halfway through the month, and the first speculations on what will be the next free titles in October are starting to circulate online. In the past few hours, a rumor obviously started from Reddit that has become increasingly insistent due to some clues scattered around has taken hold and suggested what it could be, but it is still to be taken with a grain of salt, the first free game of the PlayStation Plus of October.

We are talking about Hell Let Loose, a title originally released only on PC in Early Access and of which we have already talked to you in a long-winded preview (which you can find by clicking here) last year. A very sui generis multiplayer FPS that certainly did not bring anything particularly new, but that tickled the palate of fans of the genre and did it by touching the right strings. In just a couple of weeks, more precisely from 5 October, the game will also arrive on PS5 and Xbox Series X | S, complete with cross-play between all platforms. And, apparently, there is something interesting about the release on Sony platforms.

Will Hell Let Loose be the first free Plus game of October?

This is because, despite the pre-orders of Hell Let Loose have been opened on Xbox consoles, on the dedicated page of the PlayStation Store we can only find a generic “Coming Soon”. Furthermore, both an Open and a Closed Beta dedicated to the title of Black Matter and Team 17 are coming, which will be available exclusively on PS4 and PS5. In short, some nice differences in treatment between the two versions, certainly very strange.

None of this assures us that Hell Let Loose will be the first free PlayStation Plus game of October, but that’s still pretty interesting guesswork. What do you think of it? Write it to us below in the comments, we will continue to keep you updated with all the news, guides and reviews on videogame and tech! And if you are interested in game keys at affordable prices, we recommend that you take a look at the InstantGaming catalog! 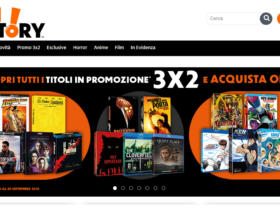