Let’s find out in this review Rune Factory 4 Special. This atypical jrpg mixes the management component with the classic exploration of dungeon crawlers

Rune Factory 4 Special is the latest fantasy jrpg from the Japanese developer Neverland. The title, distributed by Marvelous, has a long history behind it. Before going into the Rune Factory 4 Special review in fact, it is necessary to dwell briefly on the production history of the title. Originally released in 2012 for Nintendo 3DS under the name of Rune Factory 4, this fourth installment of the series Rune Factory it was subsequently released for Nintendo Switch consoles in 2020 with a port of the name “Special“. Today, however, we will talk about the versions released these days for consoles PS4, Xbox One e PC. In particular, for this review we will analyze the edition PS4 of the title. Happy reading to all lovers of rpg and not only.

The title, being as already anticipated the result of a porting of a port, will not be judged on its graphic skills, but rather its numerous and multifaceted dynamics from gameplay. This fourth installment of the historic jrpg saga returns for consoles in the same version released for Switch. Unlike the version for 3DS here is a new mode Newlywed, a further level of difficulty and other additions. The game begins by having the player choose the type of your character through lines of dialogue.

Once we find out who our character is in voyage towards the reign of Selphia to deliver a gift to one’s “God”, here we are immediately assaulted surprise by a group of royal guards Rogue. In the battle, Frey, name of our / a hero, loses consciousness and falls from the airship thus arriving in the city of Selphia. From here begins the journey into this mysterious world populated by monsters who turn into human beings, draghi ancient and beautiful principles e princesses. Amnesia serves as a contextualization for the reassignment of the role of Frey within the town.

Over the prime hours of play, in fact, we will learn about his numerous inhabitants, all different and weirdos. With each of them we will have to establish a relationship through lines of dialogue that will also have an effect on gameplay of the game. As we will also discover in the rest of the review from Rune Factory 4 Special, the beating heart of the title lies in his double soul from classic jrpg dungeon crawler combined with a complex management system based on farming (in the agricultural sense, not in accumulating EXP) and on multiple relations among the characters that animate the city. 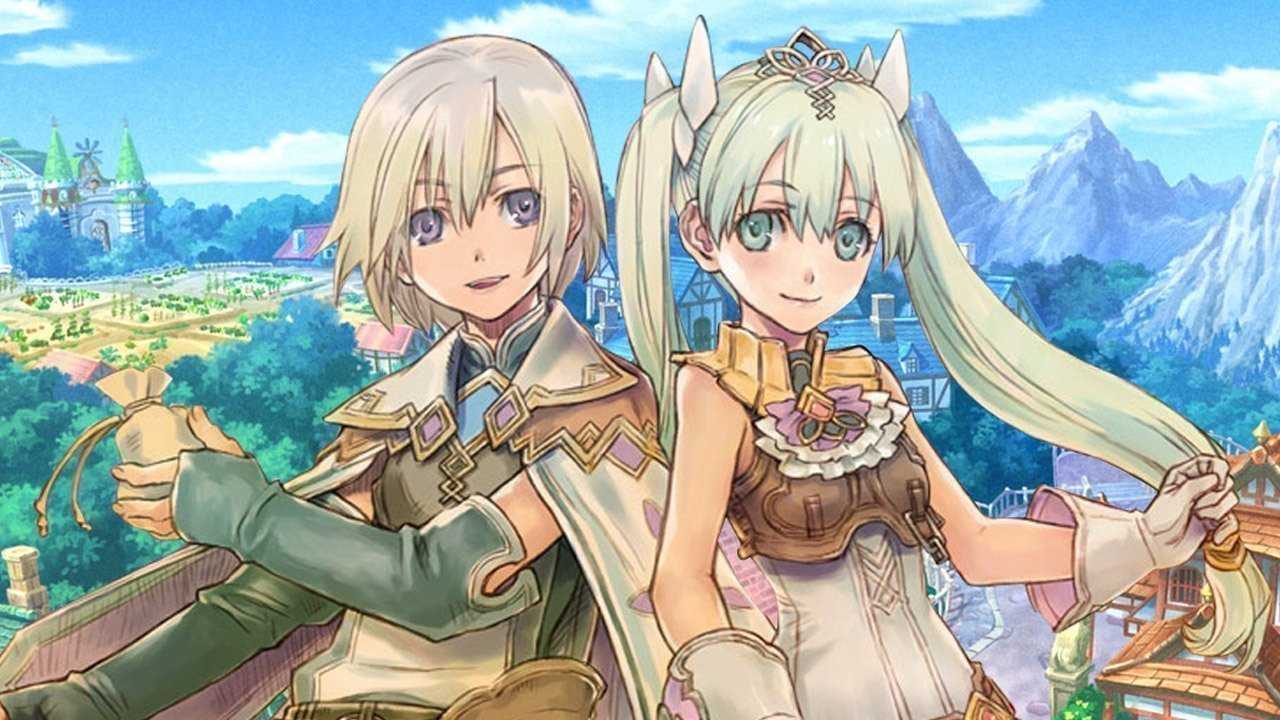 For what concern combat system, this turns out rather simple compared to the latest Japanese productions, even 2D. Let’s talk about a simple action with commands dedicated to attack and item management. We will then fight with different types of weapons, from swords to spears and we can defend ourselves with a shield. During theexploration of the dungeons we will have to pay attention to all the dangers represented by monsters. One of the strong points of the game is precisely the different boss that we will have to defeat. Each of them will have a moveset own and to defeat them we will have to adopt strategy diverse.

Unfortunately, the sore point lies in the command management. Being a porting of a title designed for portable consoles, even simple actions (we don’t talk so much about moving within the individual levels) such as heal in the middle of a battle they will be complicate pad in hand. It will be possible at any time to open a menu in which to look for all the different objects, weapons and accessories, including the items of treatment. Once the object is selected, we can equip it to use it or remove it from the equipment. It goes without saying that the procedure is very “cumbersome“, Especially on consoles. 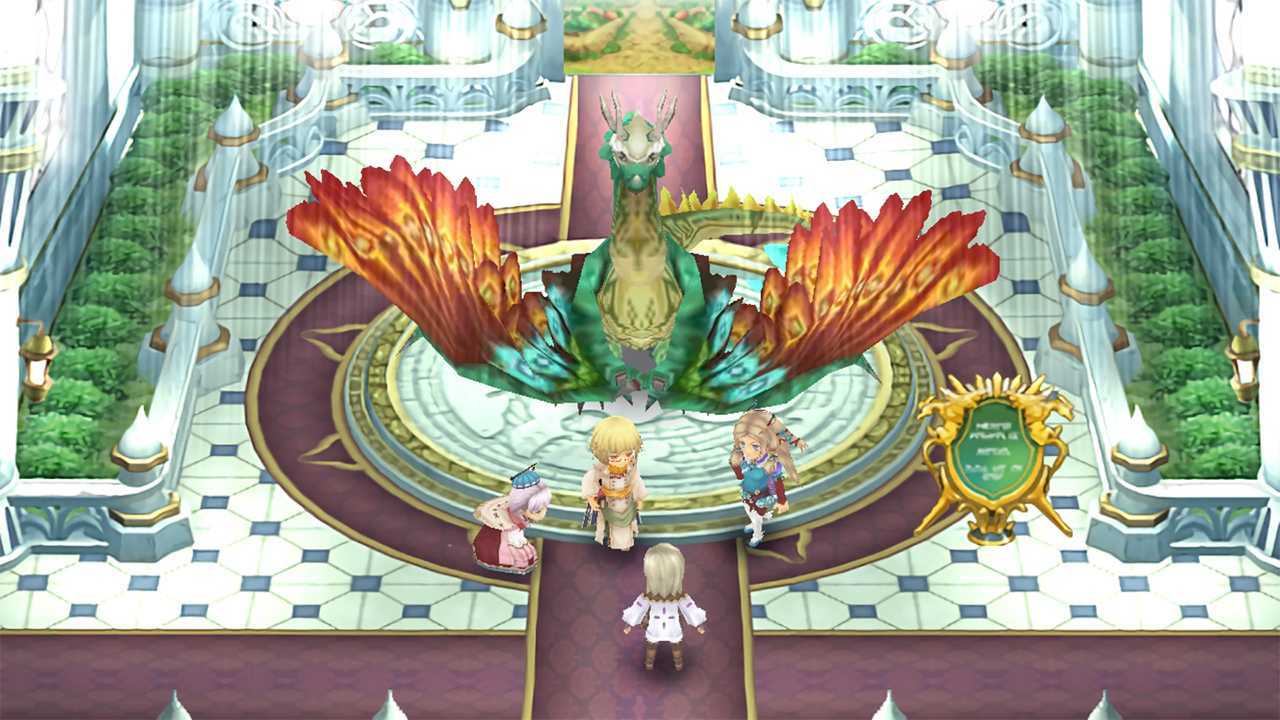 As for all the others dynamics of the game, they will essentially focus on the main town of Selphia. Here we could devote time to the care of our vegetable garden, cultivate (it is appropriate to say it) links with the other inhabitants and carry out all the activities secondary outline. As already mentioned, the farming in this title it is fundamental. We will be able to cultivate several agricultural products simply by purchasing and planting seeds. These items will then be useful to improve ours parameters in combat.

Talking with Porcoline we will have access to the skill of cooking. This is essential to prepare the dozens and dozens of recipes present in the game. As we continue theadventure and we will complete certain quest secondary, we will get new ones gear with which to improve ours skills both in the kitchen and in the cultivated field. Another fundamental aspect is therefore the crafting. To buy and make recipes, but also for buy new weapons from the shop, we’ll be obliged to have determined objects to craft.

Selphia is also regulated by its own economic system. Via the notice board in the room principal of our residence, or where the drago, we can decide not only to improve ours equipment, but also to give way to gods festival which will bring new visitors to the city thus bringing more money. Traveling around the city we will meet many different characters, from Butler to the aforementioned cook as well as to eminent ones scholars and scholars, all ready for help us and to suggest our goals. 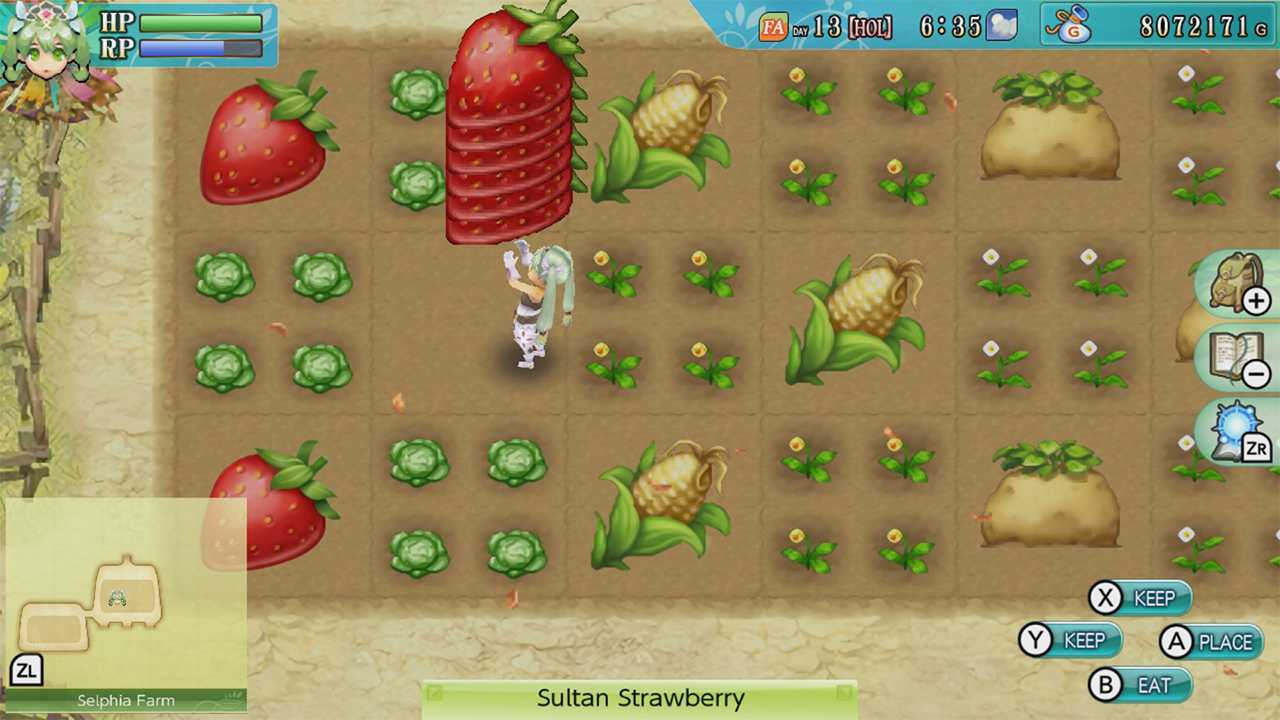 One of the features inherited from the other chapters of Rune Factory it is the possibility of interacting with them and establishing some relations, even going as far as to get married. Talking to the characters will just not go to re-training our identity inside the village, but by choosing the right lines of dialogue we can also to convince some characters to join us e help us in the exploration phases e combat.

Finally, the progression of the title is marked by the passage of time. Like Persona 5, there will be a calendar which will inform us of the flow of days and will show us the most significant ones, for example i festival. 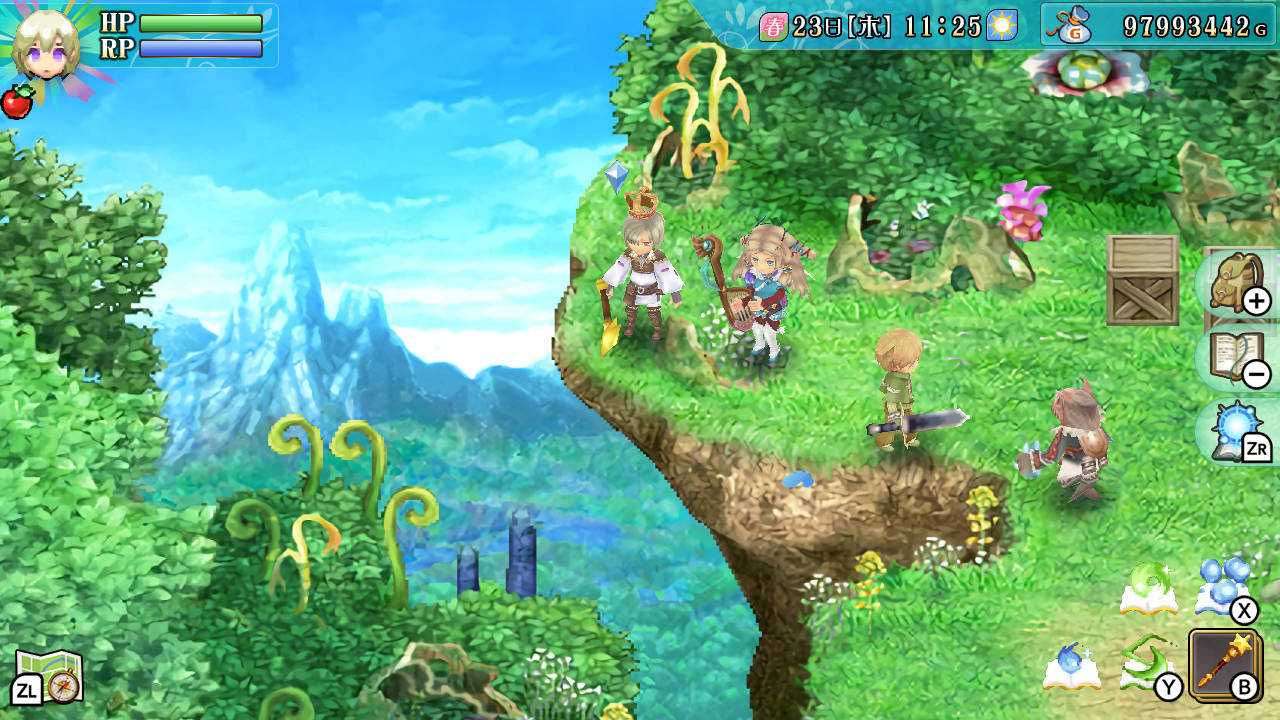 Graphics are not everything – Rune Factory 4 Special review

As said a few lines ago, judge Rune Factory 4 Special from graphics it would be unfair. Despite this necessary premise, however, we still feel of criticize the overall result born from process of porting. Six models some characters still hold up in terms of surrender aesthetics, those of the Switch version were updated HD models of the original title, the same cannot be said of backdrops in 2D.

All the elements that make up the backdrops of the levels, net of the interface (now dated), are not only grainy but also strongly confusionari, by colors kneaded and the total absence of depth. On the other hand, the accompaniment is good musical. 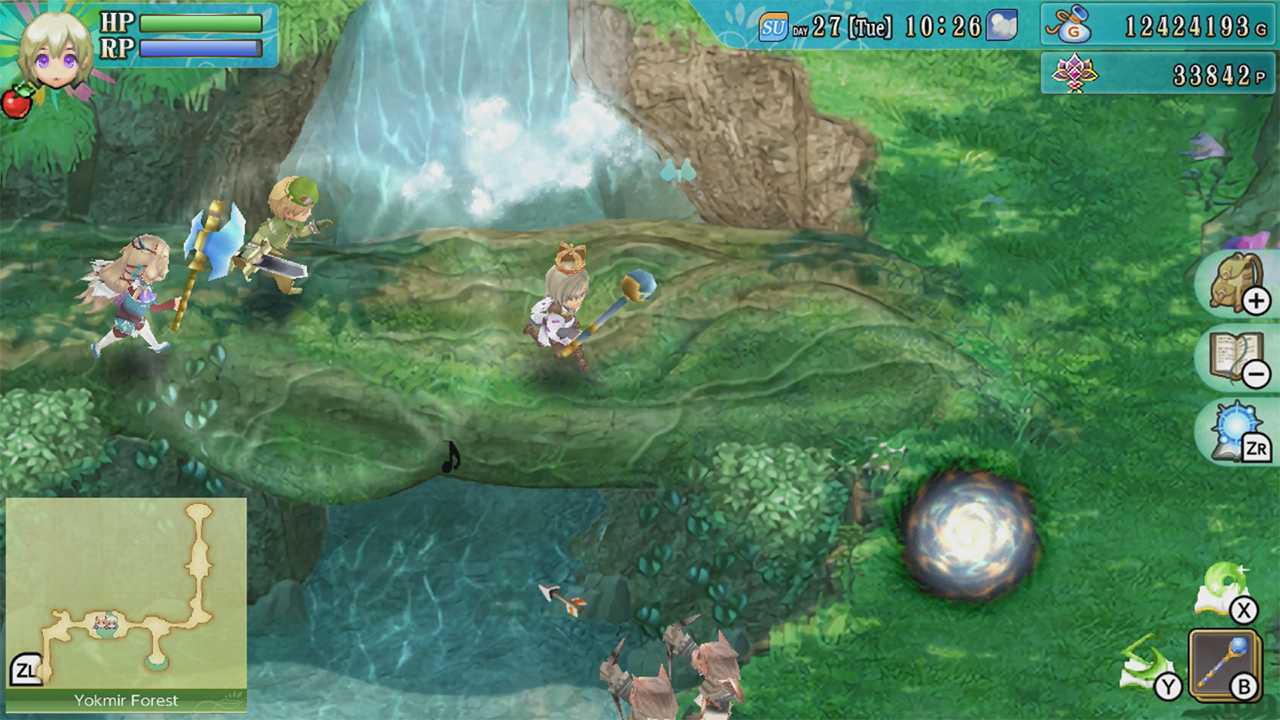 A fantasy with a double soul

Summing up this review by Rune Factory 4 Special, the title has several mechanical interesting, especially those related to progression role-playing. Explore i dungeon discovering different types of monsters and defeating the boss it’s really fun. As well as talking to the characters and finding out curiosity on the game world. You can face the adventure in 3 difficulty modes, from the easiest to the most difficult. Finally, in this version of the game there is a new mode called Newlywed.

Unfortunately, the gaming experience is strongly felt limited from the woodiness of commands, from one confusing map in the interface (the icons of the characters are not distinguished and the direction to take is not always clear) and a fairly graphic and aesthetic sector plate. Overall, however, the battles, the crafting, the interaction with the characters and the discovery of their respective ones story arc help to make the gameplay sufficiently pleasant.

To buy securities in Discount, go to our Instant Gaming link! For other reviews, follow the pages of TechGameWorld.com.