Ryan Reynolds will return to the big screens with the new film Spirited, with Will Ferrell and Octavia Spencer.

Just last October he announced the end of filming on Spirited. Just as reported by Comic Book:

In fact, it is hardly surprising that the first look of the project is revealed during the Christmas period.

The post shared by Ryan Reynolds on his Instagram profile he shows a series of photographic shots of the characters involved in the title.

Spirited was written and directed by Sean Anders and John Morris, the plot deals with the story of the main character played by Ryan Reynolds which will be a kind of Ebenezer Scrooge that will collide with the ghosts of the Christmas of past, present and future.

It is a modern musical interpretation of the classic Christmas story of Charles Dickens, A Christmas Carol.

A few months ago, about the end of filming for Spirited, Ryan Reynolds wrote:

End of shooting for me! Three years ago I said yes to this project where I dance and sing with Will Ferrell. And this is also the second film in which I collaborate with Octavia Spencer! I really deserve a sabbatical. I was shamefully lucky to be able to work with such a team of extremely gifted creators and artists!

But .. during an interview with The Hollywood Reporter, the actor – married to the beautiful Blake Lively, equally famous and celebrated, especially for his role as Serena Van Der Wodsen in Gossip Girl, with whom he had three wonderful children – he also spoke of his desire to temporarily distance himself from the world of acting, saying:

I do it for my family! I want to take some time out for them. You know, the time you work in will never go back !.

Sure you will be very eager to see Ryan Reynolds’ latest masterpiece, but let’s give time to time. We will have to wait a little longer, but do not give up, we at TechGameWorld.com will not leave you dry, and in fact we advise you to throw yourself on the sofa and try your hand at the Disney Plus platform.

Where you will find many titles, for young and old. Christmas films and films of various genres. All the movies about your favorite super heroes, from Marvel.

What are you waiting for? Run now.

Call of Duty: Vanguard, the reveal of the first gameplay will arrive at Gamescom! 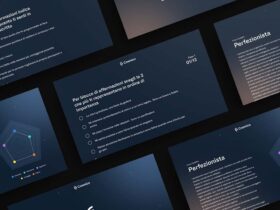 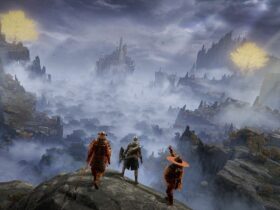 Elden Ring: Does the new video clip talk about a moral system?