Samsung Galaxy Z Fold 3 e Z Flip 3 they are official. No more rumors and no more information escaped the control of the Korean giant. Now we only have certainties. The first is that there is no Galaxy Note 21. The Asian company has in fact decided to make the new Z Fold 3 even smarter, associating it with a particular S Pen that allows you to take notes, draw and manage multiple applications without difficulty. All this counting on a 7.6 ″ display. But let’s go in order and discover the prices and features of the new folding smartphones from Samsung.

Let’s start right from Galaxy Z Fold 3, a device designed for multitasking and equipped with two displays. On the outside we have a 6.2 ″ Dynamic AMOLED 2X with 120 Hz adaptive refresh rate while inside we find the 7.6 ″ Infinity Flex screen which this year is uninterrupted. The internal camera is in fact positioned below the display, covered with a series of pixels that allow the Z Fold 3 to offer a superior viewing area. The new screen is also 29% brighter than its predecessor, consumes less power and exploits 120Hz adaptive Super Smooth refresh rate.

As anticipated, the display now supports the S Pen. Or rather, two versions of the S Pen: the S Pen Fold Edition and the S Pen Pro. Both are equipped with a retractable tip designed with a technology that limits its strength to protect the display and ensure maximum freedom during use. 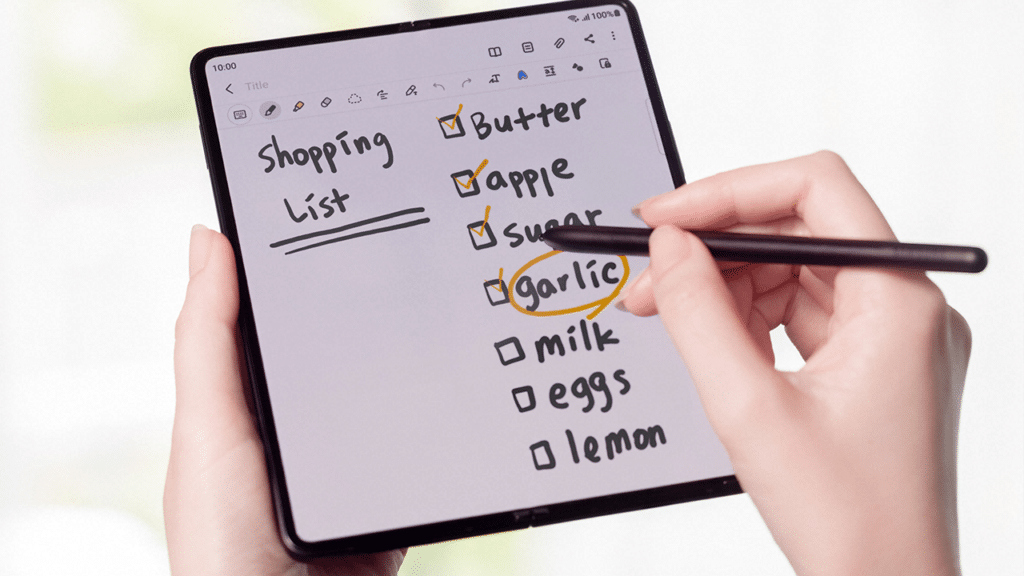 Samsung Galaxy Z Fold 3 is equipped with the processor Qualcomm Snapdragon 888, flanked by 12 GB of RAM and 256 or 512 GB of memory and a double battery of 4,400 mAh which supports fast charging at 25W and wireless at 10W. On board the Android 11 operating system customized and optimized by Samsung precisely to guarantee a satisfying experience even with the unusual aspect ratio of the display. More Flex mode functionality has been improved, which allows you to carry out multiple tasks at the same time, but also Merge Apps, to easily create a shortcut to open applications, and the new app bar, with which you can switch from one software to another without returning to the home.

Let’s not forget the photographic sector. We have well 5 cameras: in addition to the internal one, under the display, we have a 10 megapixel front and 3 rear ones, all 12 megapixel but with different features. Specifically, Samsung has included an ultra-wide-angle sensor, the main camera and a 2x optical zoom.

All this is enclosed in a more elegant, thin and light design to ensure greater portability than its predecessor. Compared to the Z Fold 2, the colors also change: next to the classic black (Phantom Black) we find Phantom Silver e Phantom Green. 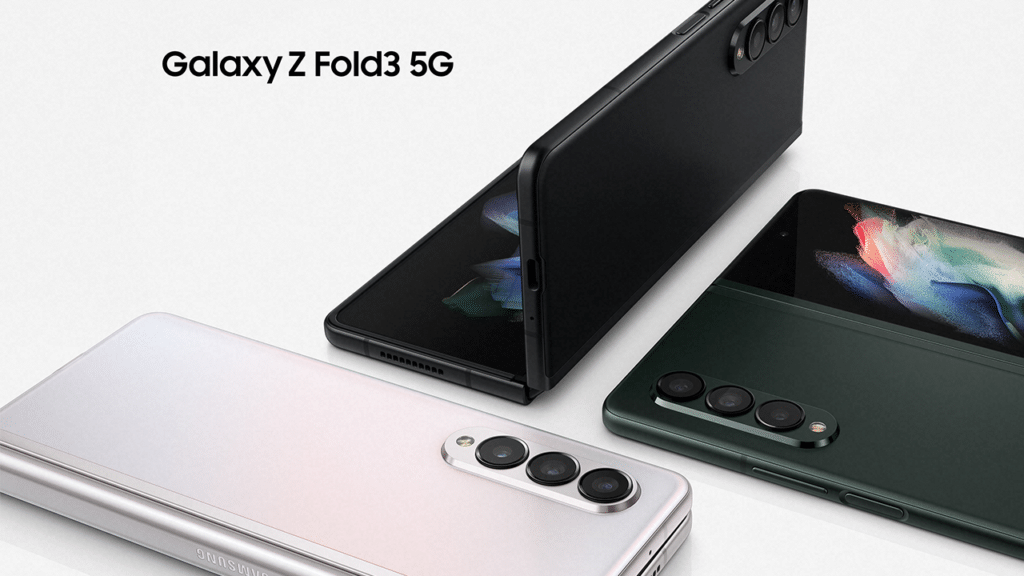 The new Samsung Galaxy Z Fold 3 is more beautiful, more performing and more equipped but the resistance? The company has worked hard to ensure a very high production quality. A speech that also applies to the Z Flip 3. Both devices boast the IPX8 certification for water resistance and are made with the new Armor Aluminum, the strongest aluminum ever used on a Galaxy smartphone. The two folding can also count on the protection of the Corning Gorilla Glass Victus, which guarantees maximum protection from scratches and accidental drops, and if a new protective film made of stretch PET that makes the display 80% more resistant than previous versions.

The hinge has also been revised. Samsung has further improved the Hideaway Hinge, which allows the device to remain stationary regardless of the opening angle. The Sweeper technology instead helps to repel dust thanks to the use of shorter bristles.

We know, are you wondering how long these foldables will last? A strict quality test, certified by Bureau Veritas, guarantees the resistance to 200,000 closures. 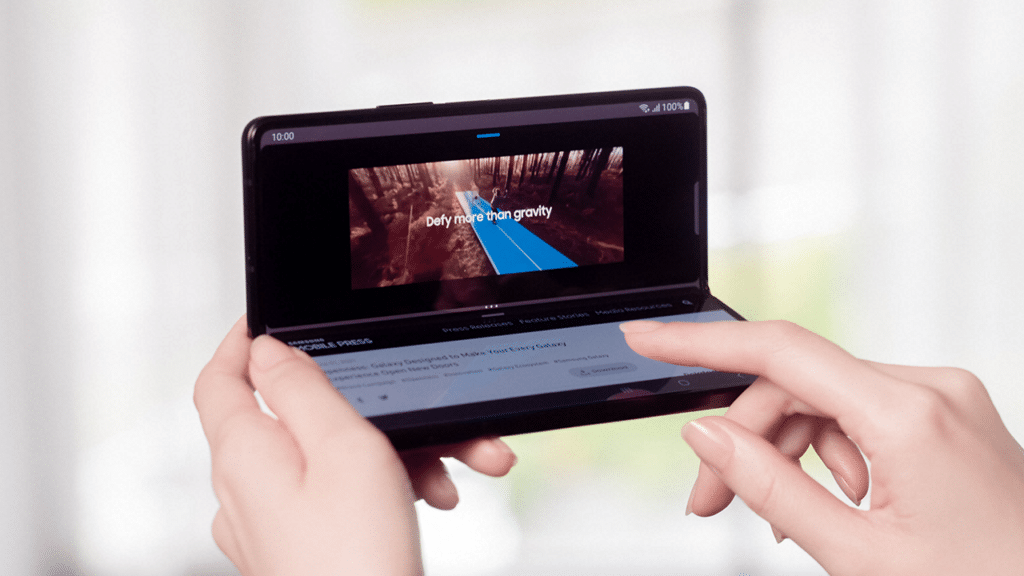 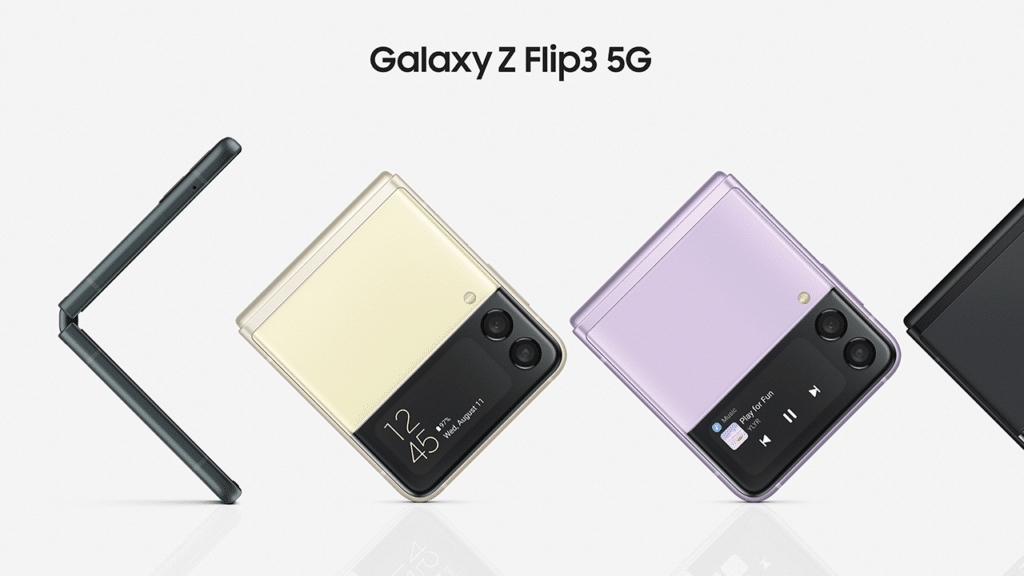 Let’s now move on to the more compact Samsung Galaxy Z Flip 3. Here the concept is similar but different. Similar because it is still a folding, different because instead of expanding the space it reduces the overall dimensions. So let’s move from a classic smartphone to a truly super pocket version.

But what’s new? First of all the colors: there are 7 of them. In the shops – online and offline – you will find the models Cream, Green, Lavander e Phantom Black while on the Samsung site you will also have Gray, Pink e White.

The external display has also been renewed, has become larger and allows you to read notifications comfortably without opening the smartphone. We then find new widgets and the ability to coordinate wallpapers with the hue of the new Galaxy Watch 4 or Watch 4 Classic.
The main screen instead is from 6.7 ″ inches, a Dynamic AMOLED 2X with FullHD + resolution and adaptive refresh rate at 120 Hz. 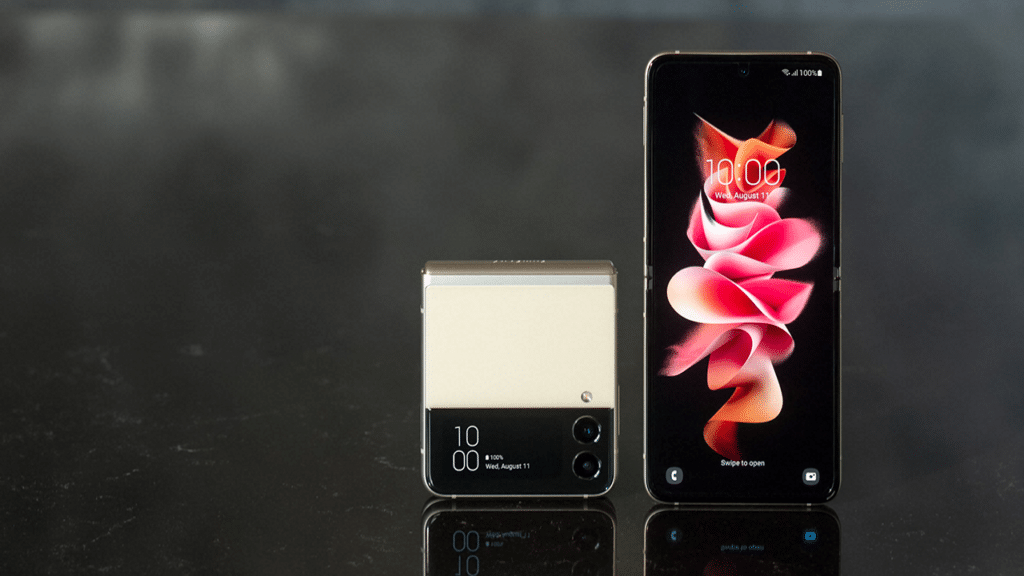 Samsung Galaxy Z Flip 3 can also count on all the software optimizations also present on the Fold 3 and on the new ones speaker stereo con Dolby Atmos which return an immersive and clear sound, regardless of what you are looking at. 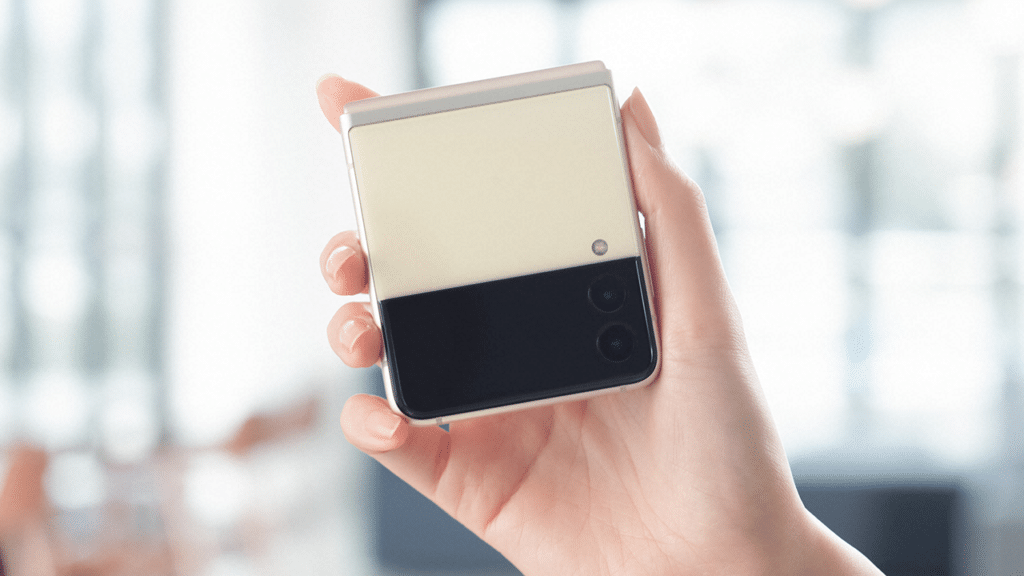 Samsung Galaxy Z Flip 3 can be pre-ordered at the cost of 1.099 € in the 8/128 GB variant while we go up to 1.149 € for the 8/256 GB version.
A nice temptation considering the sharp price cut compared to its predecessor.
Like the Fold, Galaxy Z Flip will be available in the market starting from 27 August.

All the other news of the Galaxy Unpacked

The news of Samsung does not end there: