BBandai Namco has finally released the first demo of Scarlet Nexus, first arriving on Xbox devices (One and Series X | S) and also coming out on Sony platforms in the coming days

Bandai Namco promised it some time ago, and finally a free trial version of Scarlet Nexus has been released on Xbox One and Xbox Series X | S. Although not exclusive to Microsoft, due to probable agreements between the two companies, the new and highly anticipated Action-JRPG by Bandai was shown first on the devices of the Redmond house. The demo is available from today, May 21, while it will also be released on PlayStation 4 and PlayStation 5 next May 28. We remind you, however, that Scarlet Nexus will arrive on shelves around the world on June 25th for all available platforms, excluding Nintendo Switch.

The free trial version of Scarlet Nexus will put us in the shoes of Yuito Sumeragi and Kasane Randall, the two protagonists of the title. The duration of the demo has not been revealed and, moreover, it looks like that Progress in the trial version cannot be carried over to the full game. On the occasion of the release of the demo of Scarlet Nexus on Xbox platforms, Bandai Namco also showed a new trailer of the game that we leave you below.

Scarlet Nexus: demo released on Xbox, coming to PlayStation too!

So, pending its arrival on the market on June 25th, we can get our hands on the Scarlet Nexus demo released for now only on Xbox devices, and later also on PlayStation. Stay tuned with us at TechGameWorld.com for a first impression article coming in the next few days! What do you think of this new IP from Bandai Namco? Write it to us below in the comments! And if you are interested in game keys at advantageous prices, we recommend that you take a look at the InstantGaming catalog! 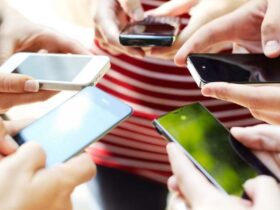 AdenSpy to control children’s smartphones: a necessity today more than ever