The creator of one of the first courses e most enduring iconic virtual worlds is returning to its roots. The founder of Second Life, Philip Rosedale, will return to the company he founded in 1999 as a strategic consultant after that High Fidelity, the space audio company Rosedale co-founded in 2013, has invested in developer of Second Life, Linden Lab. The deal includes an unspecified cash investment, major patents, and members of its development team.

Second Life: Philip Rosedale goes back to his roots

“Nobody has been able to build a virtual world like Second Life,” he said Rosedale in a press release. “Big Tech, by giving away VR headsets and building a metaverse on their platforms, is not going to create a magical, one-of-a-kind digital utopia for everyone. Second Life has managed to create a positive and rich experience for its residents – with room for millions more. At the same time, he has built a thriving subscription-based business. Virtual worlds don’t need to be dystopias ”.

While companies like Meta throw theirs visions for the metaverse, Rosedale is skeptical about some dynamics that support the current one era of online life: from advertising-based social networks, to the environmental impact of the energy generated by Bitcoin mining operations.

Rosedale’s virtual social platform pioneered many of the concepts which, only now, have been labeled as metaverso. Second Life explored the notions of digital identity, virtual properties, digital economies ed online multiplayer ecosystems in the early 2000s, when Facebook only existed to connect students from elite universities.

Rosedale regularly consults with Linden Lab’s Executive President, Brad Oberwager, according to the company. However it will significantly deepen his involvement in the product plans of the platform when he will take over the role of director. And High Fidelity’s current work remains hugely relevant to the second life of Second Life. Some social platforms have recently added thespatial audio to create more immersive experiences and some of them, like Clubhouse, are licensing the High Fidelity code to make it happen.

Since Philip started Second Life in 1999, his visionary approach has not only stood the test of time but has positioned him for the future. He and the High Fidelity team have an unrivaled experience and can’t wait to capitalize on the great opportunity we face. 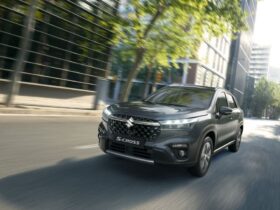