“But what is this song called?”. A question that has gripped man since the birth of the radio. He has been responding to these doubts for 20 years Shazam. The app has become so popular that a verb has been born, shazammare in fact, which consists in the act of starting the music recognition through the popular application. It is no coincidence that today, in 2022, the question “What is the name of this song?” it’s easy to hear: “I don’t know, shazammala”.

But has it been 20 years already? well yes. In fact, well before the informal use of the mobile application, with the legendary S oblique, Shazam existed in a slightly different form.

Shazam was born in 2002, when the concept of smartphone was pure utopia. More primitive means were used to communicate, halfway between the carrier pigeon and WhatsApp: l’SMS. Web connections were in fact still relegated to the use of computers, and the few mobile phones that allowed access to browsers had to fight with slow lines.

In this context, however, some questions remain eternal. In fact, among the great questions of humanity, between ontology and Aristotelianism, the fateful question remains: “But what is this song called?”.

Meanwhile, two students from Berkley University, California, decide to move to London, with little money in their pockets but a huge wealth of ideas. They are called Chris Barton e Philip Inghelbrechtand discouraged by the Silicon Valley environment, they set up a revolutionary service in the English capital called 2580.

The name was actually the same number to call. By calling it was possible leave a 30-second message, such as an answering machine, by playing a piece of a song. A few minutes later the service would send the user an SMS with the name of the song, the author and – later – also the link for the digital download. Shazam was born.

In 2017 the company is acquired by Apple for 400 million dollarswhile remaining an independent brand from the iconic bitten apple.

How exactly does it work?

To date, the use of the service is much simpler and more immediate, thanks to the smartphone app, a must on the devices of music lovers. Despite the smart evolution, however, the Shazam mechanism has remained virtually unchanged over the past 20 years.

At the base of the operation of the service there is an audio source which, once captured by the microphone of the mobile phone, is transposed in the form of spectogram. This is then compared with the spectograms of all audio files contained in the eShazam database standards (which currently includes all the songs uploaded to the main streaming music platforms). Once the identical spectogram is found, Shazam returns the result in the form of the title of the song, author, cover and name of the reference album. 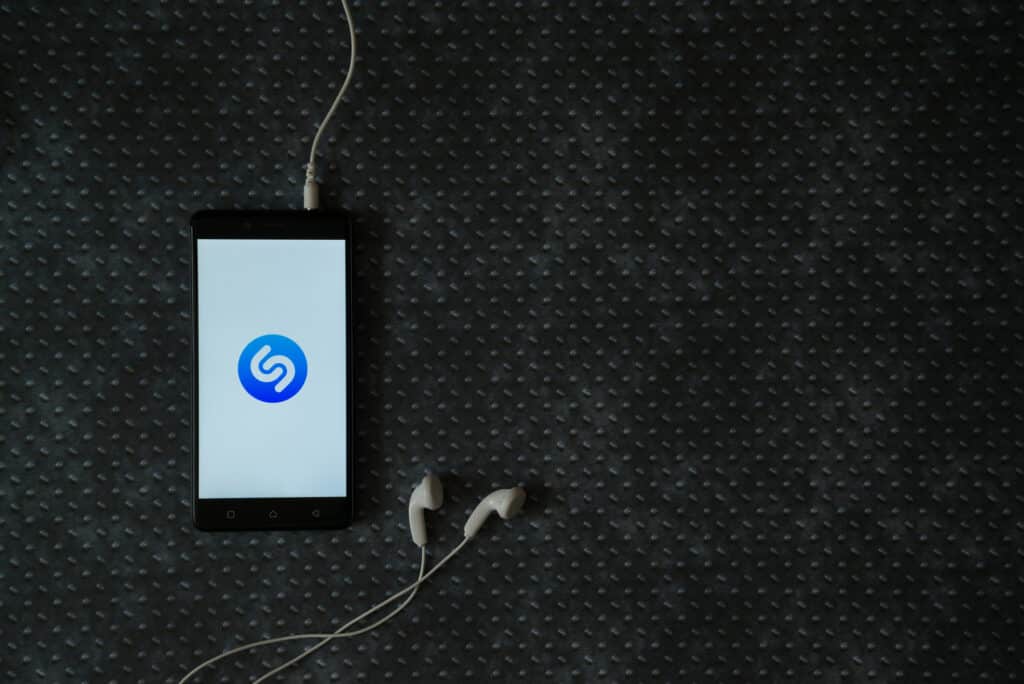 Today Shazam is used by approximately 225 million users worldwide. These, at least once a month, find an answer to that fateful question: “But what’s the name of this song?”.

If we were to ask Shazam this question today, as we write this article, the answer would be Happy Birthday to you.