The summer appointment with ShorTS International Film Festival, the film event organized by the Maremetraggio Association chaired by Chiara Valenti Omero, which will take place from 1 to 10 July 2021 live in Trieste and also online on MYmovies. The Festival, co-directed by the President of the Association together with Maurizio di Rienzo, will take place in three main locations of the Julian capital: the Muzio de Tommasini Public Garden, where the inevitable evening screenings of the courts of the Maremetraggio section will be held, the Ariston Cinema , which will host the screenings of the films in the Nuove Impronte section, the award ceremonies and all the special events, and finally the Casa del Cinema which will host the ShorTS Virtual Reality section and the virtual cinema walks of Fuori / Giorno.

On the strength of last year’s experience, the event also maintains a virtual venue for the 2021 edition and will also be available online thanks to the technical support of MYmovies, the leading site in Italy in film information and technical partner of ShorTS.

ShorTS International Film Festival: all the guests and prizes of the 22nd edition

Alice Rohrwacher, acclaimed director of Corpo celeste, Le Wonders, Happy Lazzaro, will be awarded the Cinema del Presente 2021 Award, an award through which the Trieste event highlights the talent of an Italian filmmaker every year. Friday 9 July at 11.00 the filmmaker will be the protagonist of an online Masterclass conducted by the co-director of ShorTS Maurizio di Rienzo, which will be broadcast on the Festival’s Facebook page. Also on Friday 9 July an appointment at 8.00 pm at the Ariston Cinema with the screening of his latest short films Quattro Streets and Homily, followed by the film Happy Lazzaro.

The festival will also award the Perspective Prize, a recognition dedicated to emerging talents in Italian cinema, to Luka Zunic, young co-star of the film Non hate by Mauro Mancini (the only Italian film in competition at the 35th International Critics’ Week as part of the Festival del Cinema di Venezia 2020), in which he plays alongside Alessandro Gassmann and Sara Serraiocco, interpreting the complex and intense role of a teenager infected by the seed of racial hatred. For this interpretation, in Venice 77 Luka Zunic won the NuovoImaie Talent Award 2020. The young actor will also participate in an online Masterclass conducted by Elisa Grando on Saturday 3 July at 11.00, which will also be broadcast on the Festival’s Facebook page. 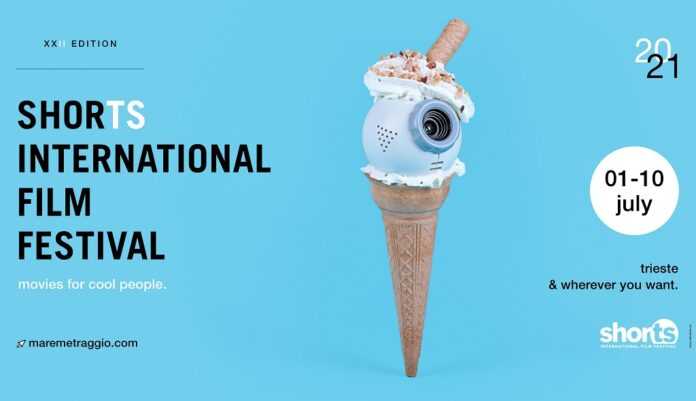 The evening of Saturday 3 July continues at 8.00 pm at the Ariston Cinema with the screening of the film Non hate in the presence of Luka Zunic, who will receive the Perspective Award, and director Mauro Mancini. With this free event, ShorTS also adheres to the White Nights of Cinema, the initiative with which Alice nella Città, in collaboration with the Lazio Region, participates in the #soloalcinema relaunch project, promoted together with the trade associations Anica and Anec, to the UNITA artists. The White Nights of Cinema will be 48 hours of non-stop events that will start on July 2 at 20.00 and which will include previews, meetings, gifts, special initiatives and two night marathons with the involvement of all the professionals in the sector: exhibitors, distributors, directors, artists, screenwriters, journalists, critics and festival curators united for the restart.

Finally, on Sunday 4th July at 11.00 Luka Zunic will be the protagonist of Fuori / Giorno, one of the walks on the sets of films and television series shot in Friuli Venezia Giulia, which will lead the participants from the Casa del Cinema on an exciting tour to discover the places of the film Don’t hate.

The Perspective Award of ShorTS International Film Festival represents since its establishment a real bet on the future of young talents that every year the manifestation of the Julian capital identifies: through this recognition, also in 2021 ShorTS turns the spotlight on a young promise of Italian cinema. A bet that, over time, has been confirmed by the career of the various winners with this award, among which the Festival includes Alba Rohrwacher, Luca Marinelli, Michele Riondino, Matilda De Angelis, Daphne Scoccia, Sharon Caroccia, Francesco Di Napoli and Giulio Pranno.