In this review we will talk about Sky: Children of the Light, the cooperative multiplayer game available for mobile and, in particular, we will focus on the contents of its first seasonal event

Sky: Children of the Light is a particular cooperative multiplayer developed for mobile devices by Thatgamecompany, the study best known for having carried out Journey (of which this represents a spiritual following). We have chosen to tell you about the game, which was released for the first time in 2019, because his has just started first seasonal event.

This new season, the contents of which we will analyze in detail later, is inspired by the well-known novel by Antoine de Saint-Exupéry The little Prince. The decision to dedicate a season of the game to this novel is certainly spot on: the similarity between the aesthetics of the game and that of the iconography of Saint-Exupéry’s work; even between the narrative structures of the two works there are more than points in common. Let’s find out together with this review what are the characteristics that distinguish these aspects of Sky: Children of the Light.

A journey in the clouds

The protagonist of Sky: Children of the Light he is a sprite of light, entrusted with the mission of awakening the ancients of his own kind through the performance of a rite. To fulfill this mission, we should undertake a travel which will lead us to explore numerous regions, where we will come across both lost spirits to awaken and lights to collect. Also, given the multiplayer nature of the title, we will meet others who, like us, are on their way to complete the mission.

We are not given one detailed explanation of lore. To fully understand it we will have to proceed with the game and access those contents that are useful precisely to shed light on the world around us. Through theexploration of the environments you can then get in touch with useful details to understand it.

The seasonal event, as we will specify better in another paragraph of the review, expands the world of Sky: Children of the Light, but does not continue its narrative. Instead, it creates a parallel path that allows the player to experience part of the protagonist’s journey firsthand The little Prince. 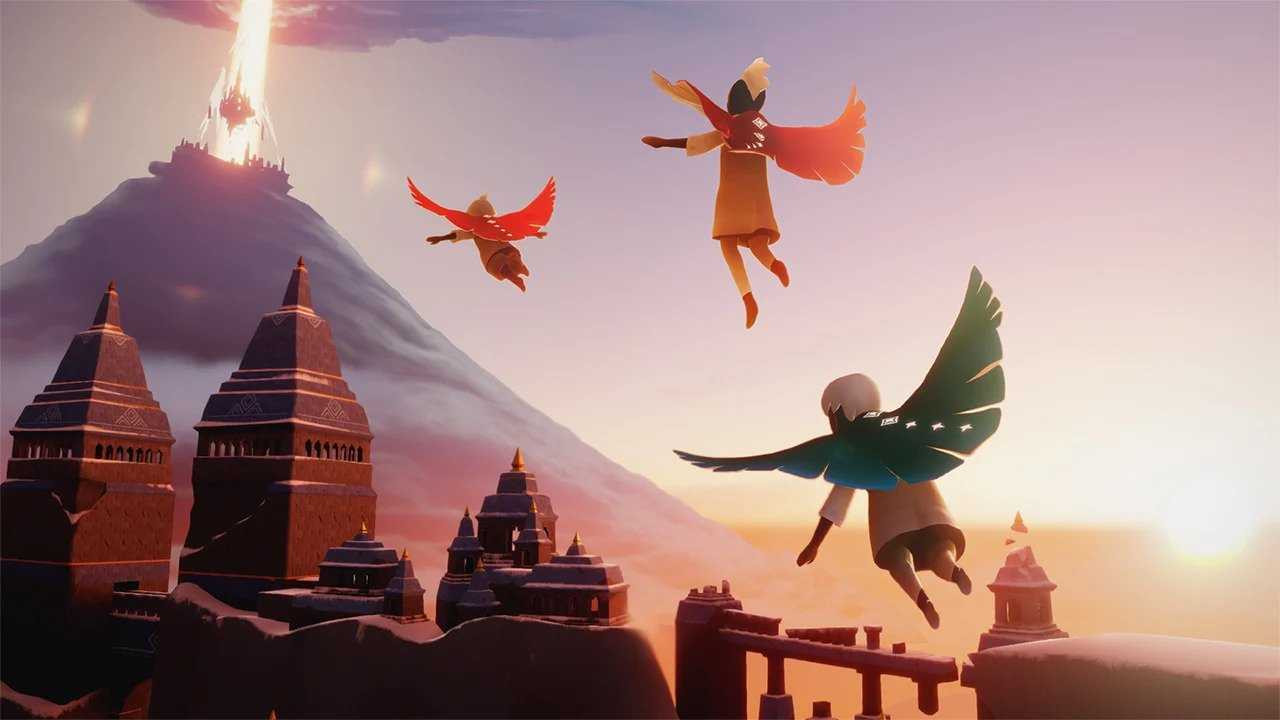 Armed with a candle – Sky Review: Children of the Light

The gameplay of the title, which in many ways recalls that of the aforementioned Journey, is based on the exploration of the environments and on the interaction with the elements inside. In no case is there a need to resort to action and, in fact, there is no combat system. The only weapons we have are the candles, through which it is possible to interact with objects, with NPCs and with other players.

The main objectives of the game are there research and discovery of spirits and lights. The former will allow us to access unique items and teach us about expressions, which we may use to communicate with other players; the latter will instead be useful to enhance our cloak, which allows us to fly and which, thanks to upgrades, makes us reach increasingly distant destinations. In some cases, to overcome the obstacles that divide us from these entities it will be necessary to collaborate with other player characters.

What makes the interaction with other players special is the fact that this is based almost entirely on not verbal communication. Precisely for this reason learning the highest number of expressions is important: through them we would have the possibility to articulate the speech with the other players. Fascinating is also the possibility that from Sky: Children of the Light’s let yourself be guided by another player, through which users are encouraged to trust each other and to share goals.

The seasonal event does not substantially change the gameplay of Sky: Childreon of the Light, but enriches it with new expressions to learn, new clothes to customize your avatar and new themed items. Most of the content is accessible to all players, while a small portion is limited to Season Pass holders only. 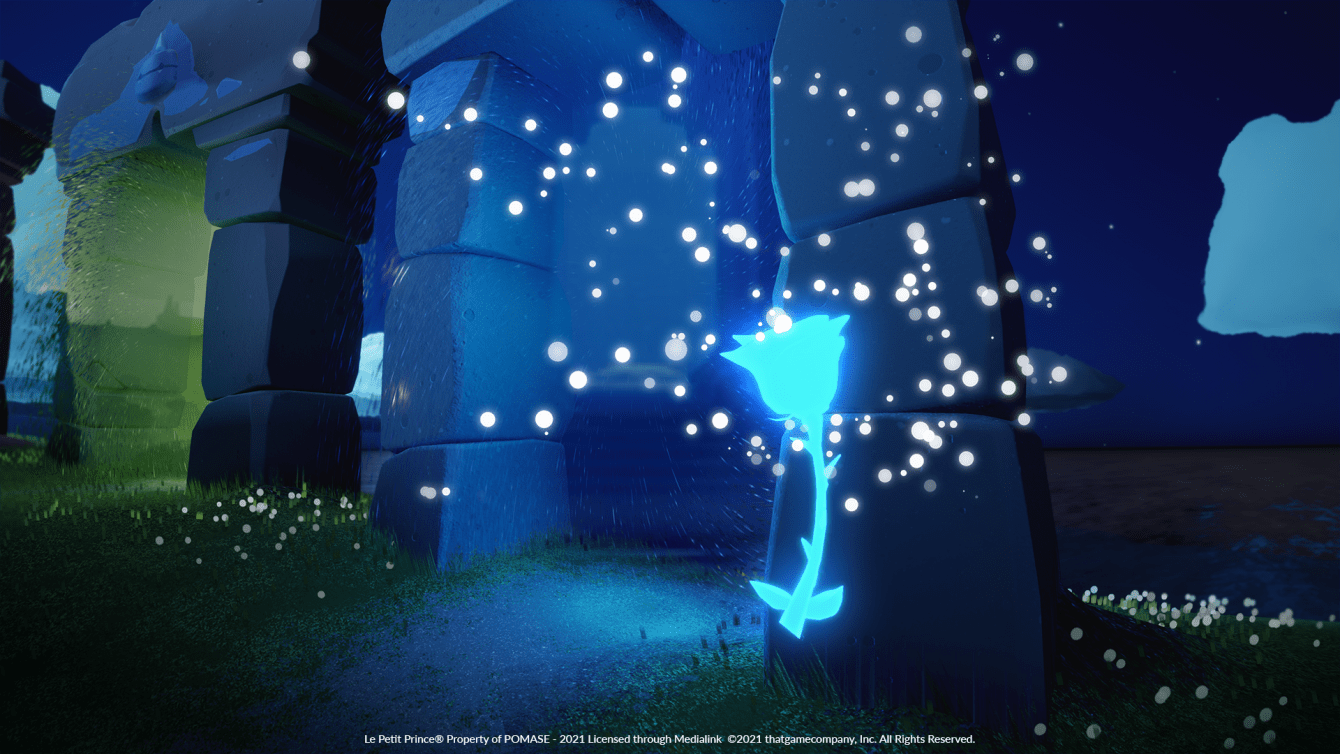 A World of Wonders – Sky Review: Children of the Light

At this point in the review, we find ourselves talking about the aspect that most of all defines Sky: Children of the Light: his design. This immediately stands out for its style minimal and elegant. which is realized in the poetic and at times even dreamlike aesthetics that surrounds all the regions of the title.

This shared style is flanked by the characteristics of the individual scenarios. These can represent both natural environments and man-made structures and, in any case, they are distinguished by the atmospheric yield. This varies according to the space you are visiting and is always capable of transmitting a feeling, which can be serenity such as fear or amazement. The fact that our character is capable of to fly it gives us the opportunity to observe these environments from above and to truly become aware of the extraordinary work that was done in their making.

The content introduced with the advent of the new season also includes a whole new area to explore, which is the greatest contribution to the game that the event is able to provide. Always taking inspiration from The Little Prince, the scenario is characterized by thenight atmosphere and quita, with several details inside that give it a lunar aspect. As you cross it, you get the impression of staying traveling among the stars. 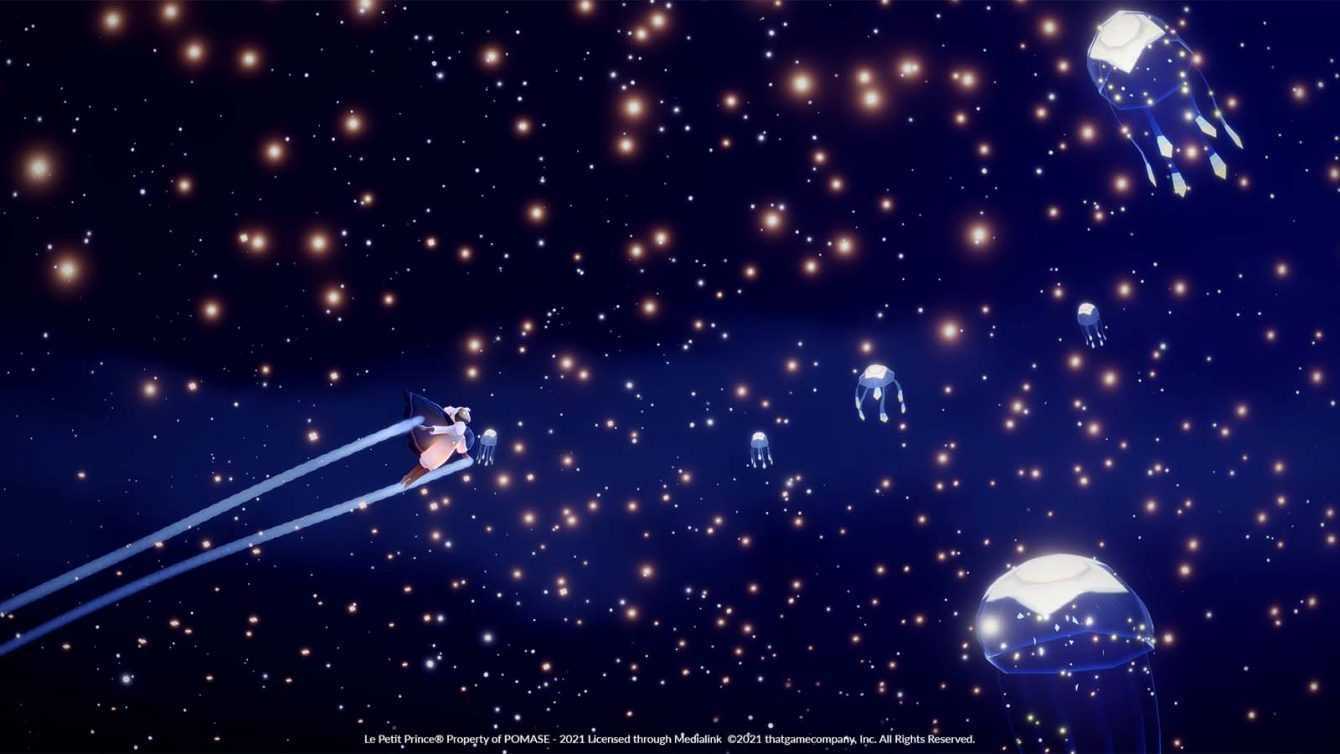 Having reached the end of the review of Sky: Children of the Light, we would like to say that the game, while not for everyone, represents an experience that every player should try. It is evident how the title developed by Thatgamecompany is capable of stand out from most of the competition, especially if you just compare it to the current offer for mobile devices. Its uniqueness derives from its choice to focus ontravel experience rather than on the objectives to which this gives access. Then, the chance to explore the environments that make up his world, made with a care that we will never tire of underlining, it is in itself worth taking the path.

On the other hand, his being so well defined identity, it is likely that the title will not meet the favor of those players who are looking for action and, in general, a more adrenaline-filled experience. Even in this, however, there is nothing wrong: the game chooses to focus on the aspects that define itsidentity, even at the cost of alienating a part of the public. It is a courageous choice, which shows how during its realization we were more interested in appearance artistic which has the commercial one.

Sky: Children of the Light is available for Nintendo Switch, iOS, Android and iPadOS. L’seasonal event, which began on July 6th, will be active until September 17th. Continue to follow us on TechGameWorld.com to read other reviews and to stay updated on all the news regarding the best video games coming out. If you are interested in purchasing the Season Pass, or if you want to buy another video game, you can do it through Instant Gaming.