In this review we will tell you about SkyDrift Infinity, the arcade-style flight simulation game developed by Digital Reality

Flight simulators, as fans of titles like Flight simulator will know, often tend to focus on realism and complexity. SkyDrift Infinity, developed by Digital Reality, chooses instead to do the opposite: forgoes realism and opts for minimal gameplay, which refers to the arcade model. The result of this choice is a title with simple characteristics, which make it easily accessible.

This type of publications often tend to be lacking in regards to depth and the longevity. The choice to focus on an understandable and immediate game mode has often led to the neglect of the aforementioned aspects. In this review we will find out if SkyDrift Infinity was able to avoid this problem.

He ran into the skies

In this paragraph of the SkyDrift Infinity review we will explore the game mode present in the title. Before starting, it is good to keep in mind that these all respond to the same basic mechanism: the player is required to fly a single-seat plane and compete with other vehicles in a speed race. This takes place within a circuit which, except for the fact that it is airborne and not road, has the characteristics of a racetrack.

Races can be of four types: power, speed, survival and death match. In type competition power victory is achieved by crossing the finish line first and, to achieve the result, it is possible to use weapons and gadgets, which are obtained by wearing icons along the way. The tender specification of speed it is instead the presence along the path of rings, which if centered with your plane allow you to increase your flight speed. The type competition survival, in which weapons and gadgets are again present, has the characteristic that, at regular intervals of time, the last classified is eliminated from the race; whoever survives last wins the race. Finally, in the death match, which can be in teams or all against all, the goal is to shoot down the planes of the opponents.

The game provides the ability to play both singleplayer and multiplayer (online and local). In single you have access to country which, through a series of tournaments with increasing difficulty, allows us to unlock new vehicles and new maps. The modalities multiplayer instead they allow you to challenge other players in single races. The results obtained in the campaign, as well as those of the multiplayer games, are used to derive the rankings of the players. 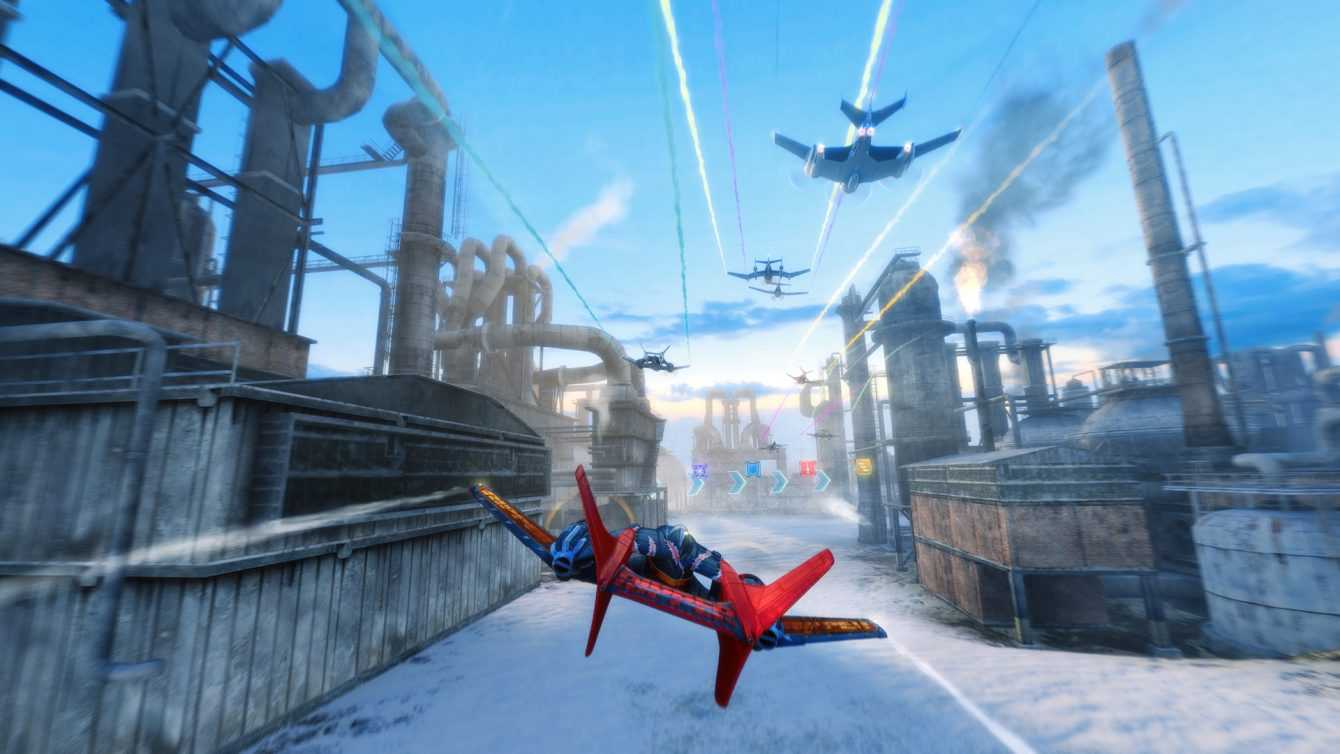 The gameplay of SkyDrift Infinity is characterized by the choice of giving the races a frenetic pace, able at least at first to involve the player. At the same time, the constant high speed makes some parts of the game chaotic and difficult to read. The chaos tendency was probably sought after by the developers to make the title adrenaline-pumping, but the excessive inclination towards it ended up making it confusing.

Furthermore, the high attention paid to speed tends, in the singleplayer mode, to make this theunique feature which must be taken into account. In some cases, it is even possible to completely ignore flight strategies and map features, as selecting a fast plane is enough to ensure victory. The situation changes in part only if the higher difficulty is selected.

The problem is less evident in multiplayer, where the player’s skill becomes more important. At this juncture, the positive comes out simplicity of gameplay. SkyDrift Infinity online games are in fact pleasant also because they are short and not excessively challenging. Unfortunately, at least for the moment, it is not easy to find other connected players. 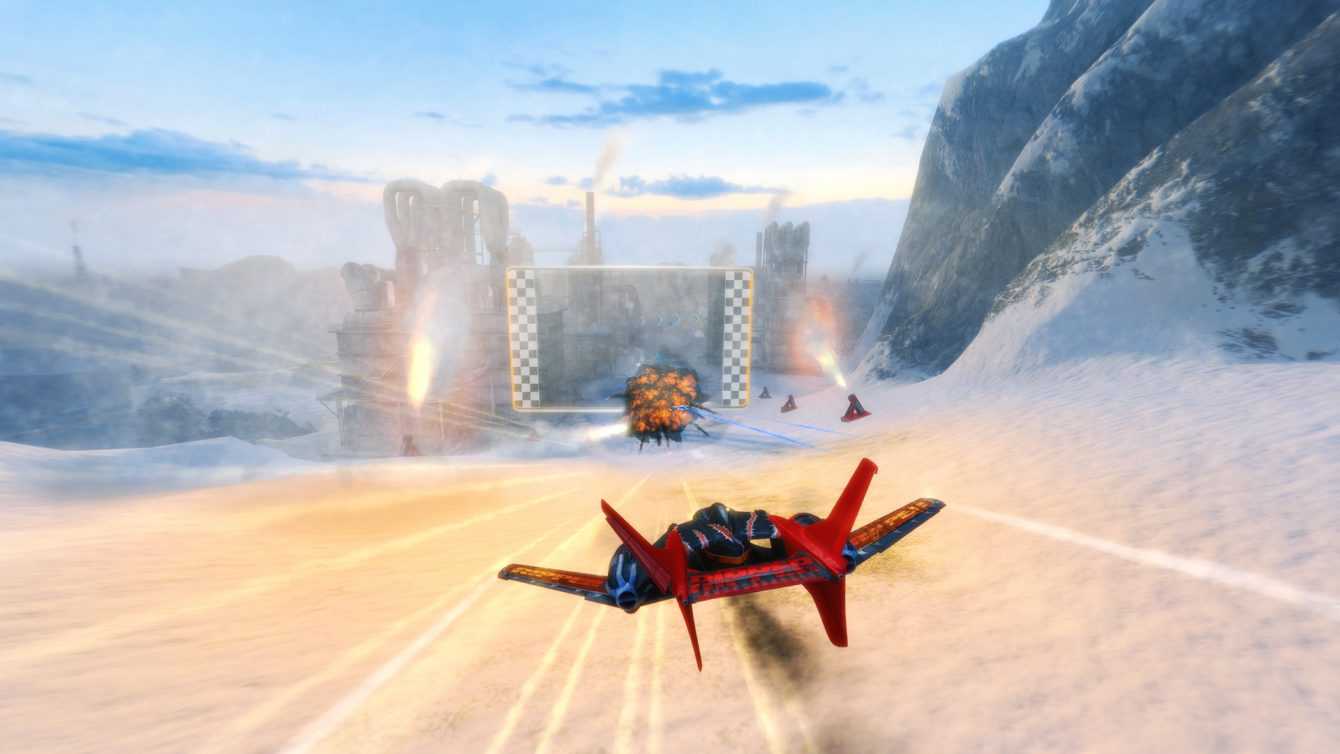 We now come to the part of the review where we are called to talk about the graphics by SkyDrift Infinity. The visual aspect of the game is, basically, without infamy and without praise. The graphic design of the title is based on a discrete 3D which, while having no obvious defects, is immediately devoid of identity. There attention to detail then leaves a lot to be desired.

the maps they are sufficiently numerous and have aesthetic characteristics capable of distinguishing one from the other. At the same time, the graphics, decent but not sufficiently refined, prevent them from fully conveying their charm. The same can be said for the arei, which would certainly have benefited from the presence of a less anonymous aesthetic style. What hurts the game the most is in fact the lack of aesthetic identity. 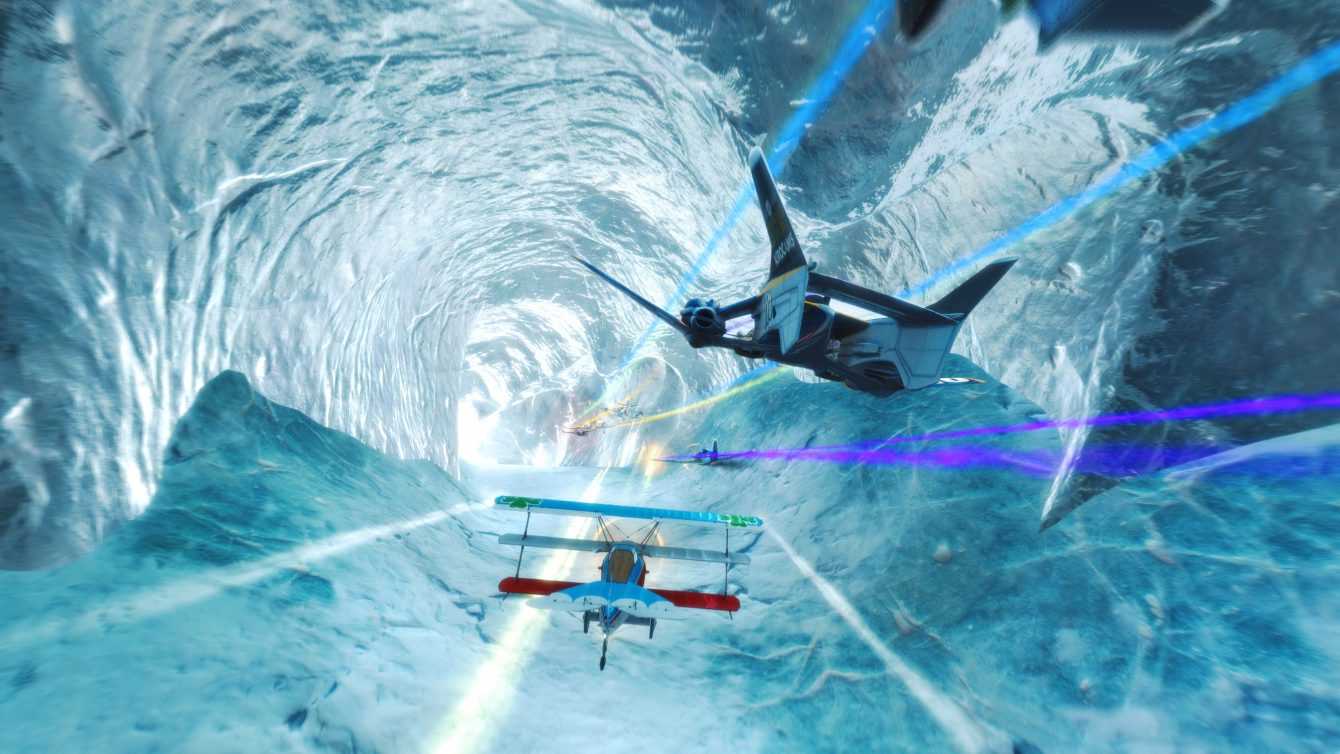 In the first paragraph of the review we mentioned games similar to SkyDrift Infinity, remembering how these tended to be shallow and long-lived. Unfortunately, the Digital Reality title also contains the same flaws. These do not concern a single aspect of the game, but are present in a different way in all of them.

The shallow depth is most evident in the graphic style, which is satisfied with being decent, while the lack of longevity is made evident by the gameplay, which begins to appear repetitive after a few games. To partially redeem the title there is only the online game mode which, taken as a pastime without obligation, can be pleasant.

SkyDrift Infinity was released on July 29th and is available exclusively for PC. If you are interested in buying the title you can do so using Instant Gaming. Then continue to follow us on TechGameWorld.com to read reviews, specials and previews dedicated to the best games of the present and the past.