Fans of dice, pencils and character sheets, get ready to go on an adventure in the kingdom of Solasta: Crown of the Magister with our review

It was the distant and mythical seventies when, for the first time, the famous role-playing game Dungeon & Dragons created by Gary Gygax e Dave Arneson. A game that, since then, has had numerous sequels, expansions, improvements, copies, film adaptations (not the best) and even video games.

Today we are in fact here talking about one of the latter with the review of Solasta: Crown of the Magister made by the French studio, based in Paris, Tactial Adventures. A study born in 2018 at the behest of Mathieu Girard with the intention of bringing all the adventures of “paper and fantasy” to the screen.

Our goal is to recreate the atmosphere of a tabletop RPG on the screen through the faithful adaptation of rules and universes. While computer RPGs have been around for nearly 40 years, technology has advanced, new forms of interaction have been invented, and Tactical Adventures has created some critical evolutions in computer RPG mechanics that will bring the interactive experience closer to that of a computer. tabletop role-playing game as much as possible

Once said this we just have to prepare our card, make a good supply of dice to roll and venture into the realms created for their first game! 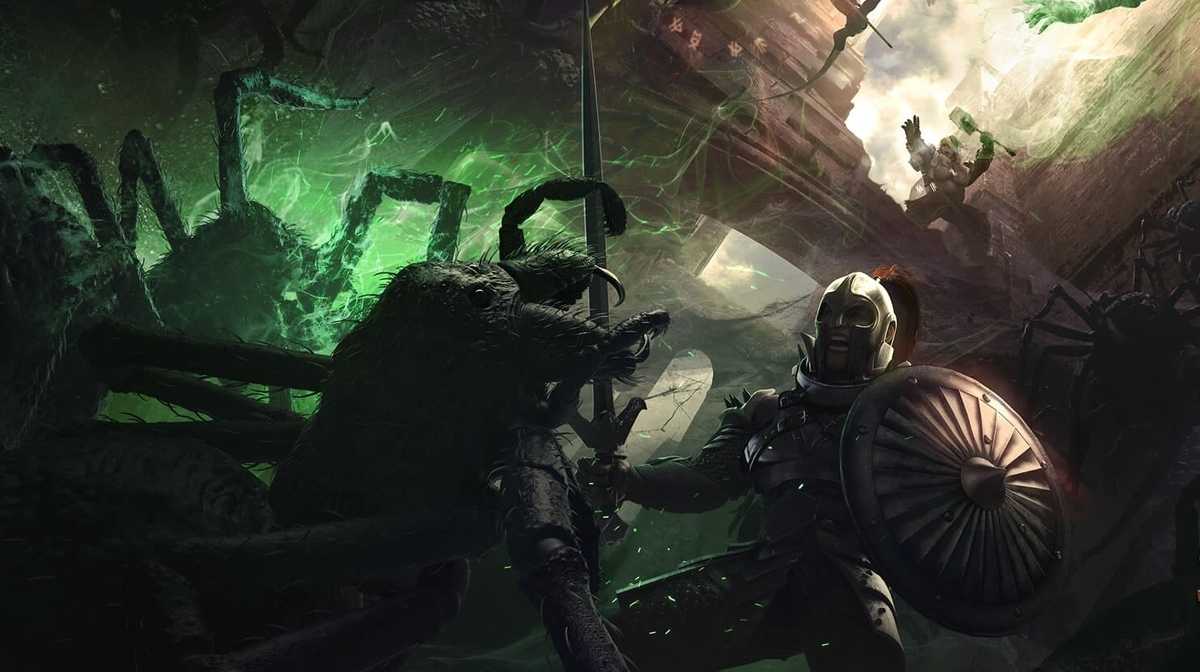 Before the Cataclysm, the story of a world that once was

Like many fantasy novels, surely many are already thinking about the world of the Dragonlance chronicles of Laura and Tracy Hickman, even here we are faced with a world that has survived a Cataclysm. To give an example, think of the nuclear nightmare of the Fallout series and place it in a more fantasy context. A world that has “moved on”, to quote Stephen King’s The Dark Tower, where it appears that the memory of the ancient gods and other creatures has been lost who walked the earth.

Before the Cataclysm, there were no gods on Solasta. Not even humans. Then the rift opened. Some say it was a magical accident or the work of an evil god. Nobody knows for sure. The Cataclysm destroyed the old empire of the High Elves – it was called Mancalon – and distorted the earth making it unrecognizable.

Today there is a Advice of sages, wizards and warriors to sit in the city ​​of Caer Cyflen where, safe among the high and mighty walls, he tries to solve the age-old problem of Badlands where strange monsters seem to roam. Regardless of this, many adventurers look for ancient artifacts to resell among its ruins, but often they never return. What’s going on over there?

This will therefore be the task entrusted to a party of heroes, guided by the player, do missions for the Council, adapt to the various side quests, choose which sub-factions to favor with the delivery of artifacts and try not to get killed in the most brutal way ever. There first threat to face will be that of cheers, draconics skilled with both sword and magic, who also manage to take the place of humans and whose very existence is the subject of debate in the halls of Caer Cyflen. 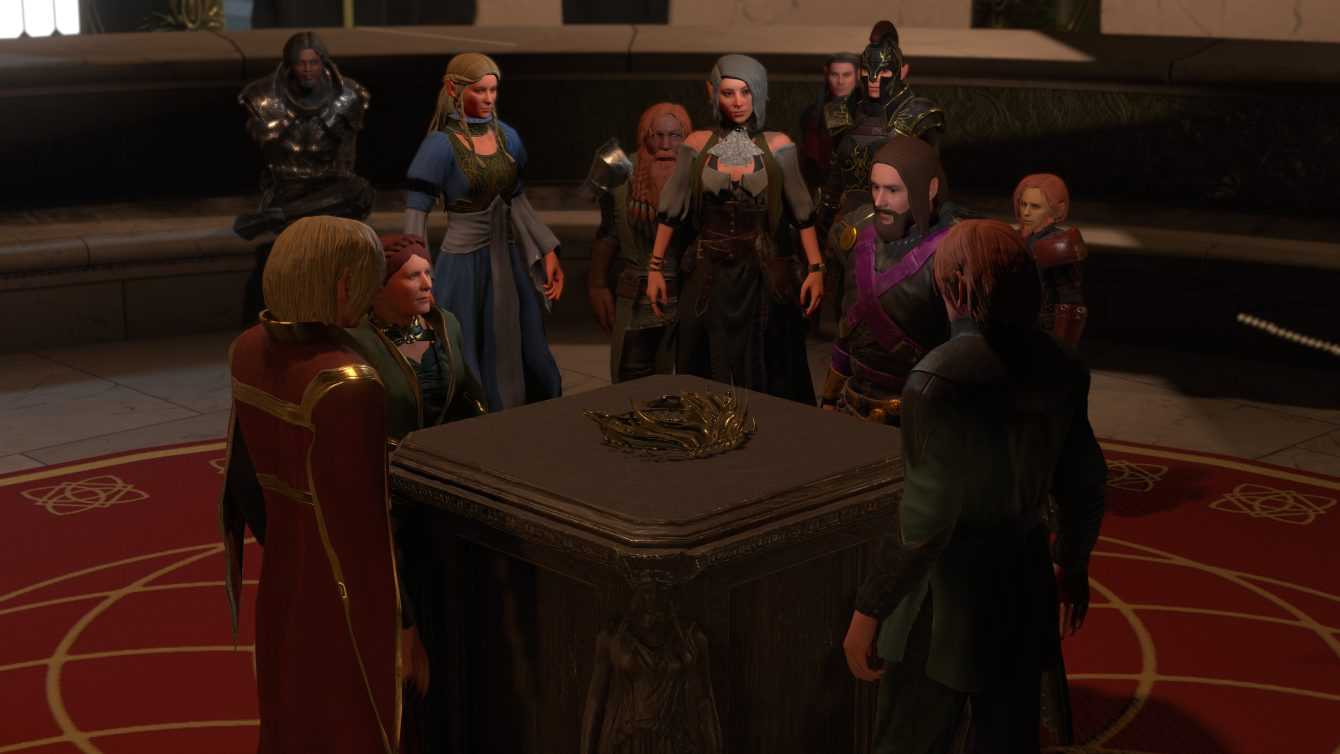 From Creation to Action – Solasta Review: Crown of the Magister

As you may have understood, to play both on the computer and around a table, the first thing to do is always to create your own character. One thing that, for those who already have some experience with titles like Baldur’s Gate and the like, is essential since that will be until the end of the dangerous adventure. But since alone it is difficult to fulfill such a heavy task, unless you are in the universe of Doom, Wolfenstein or The Witcher, you will have to create a party of adventurers to face all kinds of threats that will face us.

The players will then be able to choose 4 predefined characters or create them from scratch, to you the choice. The Stingray available are the classics, such as humans, elves, dwarves, halflings and half-elves, and the same thing can be said for classi as a ranger, mage, cleric, paladin and thief. In short, they are the very basis of the role-playing game! The title in question appears to be a perfect mix between the “geometry” of the board game and the 3D interface Of computer. What will guide our actions, apart from the mouse and the camera to be moved with the keys, will in fact be a very classic 20-sided die while the battlefield will be segmented into squares for movement and projections.

When moving in the environment, both during exploration and combat, it will therefore be necessary think in 3 dimensions and take advantage of all the features and possible tactical advantages. Maybe you can find cover higher or you can be more stealth by surprising the enemy. All of this, including long journeys from one location to another on the map and related random encounters, will be decided by the launch of a D20 which will determine the success of any kind of action.

Do you want to hit an enemy? Do you want to convince someone to give you an artifact? Do you want to make a win-win deal for both parties? Do you want to deactivate a trap? The answer is always the same! The artificial intelligence will roll the D20 for you, including the bonuses and penalties of the player character and the environment, and then it will be up to you deal with the “consequences” both in case of success and failure. 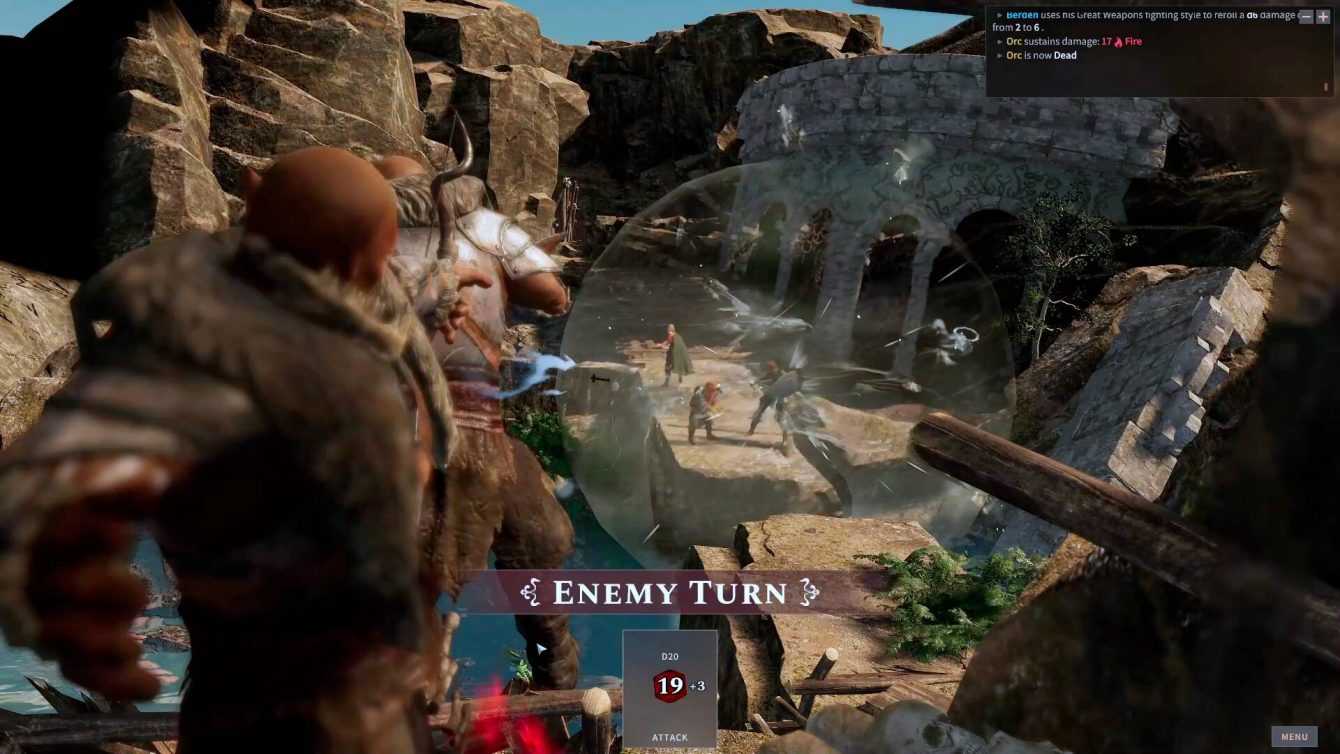 Wandering the Wastelands – Solasta Review: Crown of the Magister

To learn all this series of commands, actions, inventory use, combat and so on, what is proposed at the beginning is a tutorial which then “reappears” with brief dialogs at some specific moments of the game. The problem is not there if it is done at the beginning, but it comes back when it is necessary deal with it in a “fragmented” way. Basically the group of adventurers find themselves in a tavern, a more classic beginning than that just could not be, waiting for this Lord Carran and decides to exchange some stories about encounters with a whole series of creatures of various kinds.

However, apart from the cinematic scenes where we can intervene with our choices, for most of the time we will have a view from above. Obviously there will be the possibility to zoom in on the action that will become more “stylized” when you choose to take the party on a long journey. In fact, there will appear writings that will indicate whether food, useful objects or more simply if some routine action has been carried out. You will return to normal view in the event of a fight with creatures encountered along the way or when you have reached the goal.

Regarding the equipment of objects and weapons in the inventory instead, like the experience points gained when you level up, the view and the mechanism will be the same as a ton of other similar titles. A particularly nice point is then the rest, here both short and long, where we should roll some dice to see if our dear adventurers have recovered some hit points or reloaded some spell slots. 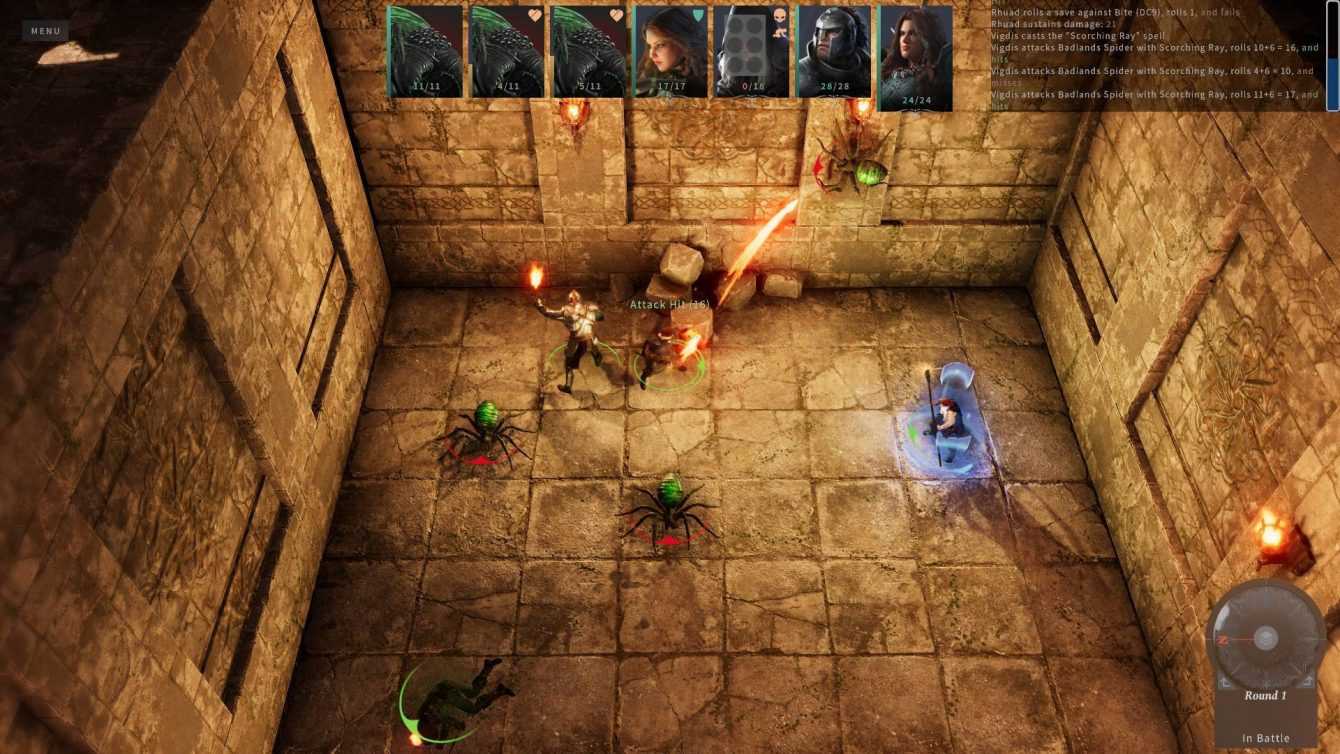 At this point, everything that glitters on the surface looks like gold Solasta: Crown of the Magister, but hardly any reviews are free from a few minor flaws. However, it must be said that, to be the first game of the studio, a good job has been done. L’atmosphere there is everything and it is engaging, even if in certain points it expires a bit in the “already seen”, but now we come to the pains. The default heroes they are rather stereotyped and, both races and classes, could still be expanded by including elements such as the half-orc, the bard, the druid or the barbarian.

During the movements and the fighting on the ground, sometimes, you can feel an annoying sense of jerky trend which you will also notice in the animations. It’s okay to save where you can, but some look really dated. But dear my adventurers, in the end what matters is the emotion and the pleasure of the adventure itself to live as we deem right. Relying on their agility, the blade of the sword and the benevolence of the D20 and / or the master on duty.

We can therefore also close this dusty book of Chronicles and Deeds of Ancient Heroes and let yourself create your very own adventure. If you want to go to the most beautiful fantasy realms at the best price, click here, while, to stay always updated on the world of video games yesterday and today, we are waiting for you here on tuttotek dear adventurers!