A Sony Japan tweet in the last few hours welcomed “family” to Bluepoint Games, the studio of Demon’s Souls Remake

Sony may already be ready to make another new “bang” if a tweet of PlayStation Japan. The Japanese giant just today announced, surprisingly, that it has acquired Housemarque, the study of Returnal and Resogun (we talked about it in depth in this article). Despite this, Sony might be in the mood to bring it under his wing too Bluepoint Games, the software house that recently took care of the much appreciated Demon’s Souls Remake. What are these moves in response to the purchase of Microsoft aka Bethesda? Let’s see all the details about it in the next lines of this article.

Sony: Sony Japan’s tweet on Bluepoint Games, the developer of Demon’s Souls Remake, would it be an incredible oversight or is there more?

At the beginning of today, PlayStation Japan tweeted “Welcome to the family” about the acquisition of Housemarque from Sony, however, the image attached to the tweet (now removed) showed the logo of Bluepoint Games (Demon’s Souls Remake studio) instead of Housemarque. 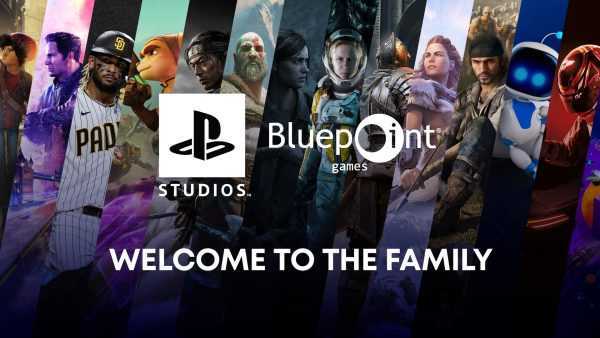 The image in question showed other PlayStation Studios games such as Returnal, Days Gone, The Last of Us Part 2 and Demons Souls. Another “welcome to family” image tweeted earlier by Sony regarding the Housemarque news, does not show Demons Souls included in the aforementioned group of titles.

It could just be a gross error from Sony Japan or, perhaps, the giant revealed the news a little earlier than expected. Anyway, we will have to wait for Sony to confirm or deny everything to know for sure.

Rumors of the acquisition of Bluepoint Games have been making waves on the internet since last fall, and the rumor in question has once again become insistent on February, when it was reported that it was not a question of “if” Sony would bring the studio into the fold, but “when”. Bluepoint has a long history of collaborating with Sony, having remastered games such as God of War e God of War 2 for the God of War Collection, la Ico & Shadow of the Colossus Collection, Flower, Uncharted: The Nathan Drake Collection che includeva Uncharted 1-3 e Gravity Rush. It is also the studio responsible for the Metal Gear Solid HD Collection and the PlayStation All-Stars Battle Royale.