A new South Park video game would be in the works, and it would be a multiplayer developed by Question Games.

The news comes straight from a job posting shared by Question Games, a videogame development house, which right now is looking for a “lead level designer who will work on a new video game set in the world of South Park”. Moreover, Question is the same software house that has already made the previous videogames of the franchise South Park: The Stick Of Truth e Fractured But Whole.

Reading the details of the job announcement, in the required requirements, we can guess that the video game will be a title multiplayer. Here’s how the announcement goes:

Finally, in this fun, detail-seeking stalker stalker operation, we discovered that the game will be made with Unreal Engine 4. For the rest only mystery. However, we can say that we are in good hands, as the previous chapters made by Question Games have been acclaimed by audiences and critics for having returned the humor and style of the animated show. 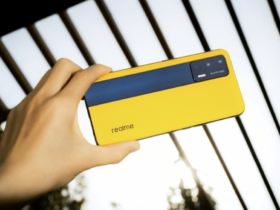 realme: more than 100 million smartphones sold and new products on the way

Minecraft and DOOM, finally together through a mod