The legendary developer TAITO, along with ININ Games, announced that Space Invaders’ most comprehensive collection ever is coming digitally for Nintendo Switch, iAugust 17, 2021. Space Invaders is a franchise that has now become iconic in the world of video games and which saw its heyday in the era of Arcade cabinets. Now with Space Invaders: Invincible Collection we will be able to relive those years directly on Nintendo Switch.

Space Invaders is undoubtedly one of those video games that have made the history of the medium. Since the days of the aracade cabinets until today this series is counted among the timeless classics and we can only agree. Not only has the franchise expanded to the point of being known by every single gamer in the world, but its influence has also expanded beyond the world of video games, becoming a true pop culture icon.

To celebrate the long history of the brand, fans will now be able to access 11 different titles belonging to the series in a single collection, which includes games ranging from 1978 to 2018.. Here are all the software in this bundle:

In short, if you are a longtime fan of the brand or simply players who want to test themselves with a title that has made history, this collection is absolutely for you. 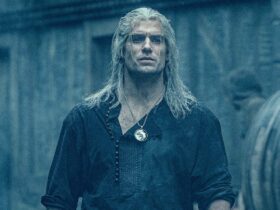 The best TV series based on video games