Recently Bungie Studios has blown out thirty candles, and we, for the occasion, have decided to retrace the history of this software house that, over the years, has managed to leave its mark in the video game industry

Raise your hand if you have never heard of the name of Master Chief at least once today. The charismatic Spartan with an unknown face, over the years has managed to win the hearts of thousands of players, rising to the Olympus of the iconic characters of the video game world. In fact, it could be safely said that the protagonist of the Halo series is for Xbox what, at the time, was Crash Bandicoot for PlayStation.

And behind this immense fame hides a software house that was able to conceive a science fiction epic of great impact, whose legacy continues today, with the arrival of the last chapter of the saga shortly. But let’s go in order.

Thirty years ago, in a distant distant city …

It could begin like this, quoting the famous opening of Star Wars, the first chapter of our special dedicated to Bungie Studios. Thirty years ago, to be precise in Chicago, Illinois. There, Alex Seropian, a university student of computer science, laid the first foundations for the birth of a new company. Seropian developed around 1990 a video game very similar to Pong, called Gnop! (or precisely Pong written backwards). The developer released the game under the then unknown name of Bungie, although there is still no real software house with that name.

In fact, it was about a year later, with the release of a new title called Operation: Desert Storm, that Seropian decided to actually found its own company, which took the name of Bungie Software Products Corporation. Meanwhile Seropian met the programmer Jason Jones at the University of Chicago, who was developing his own title for Apple systems, entitled Minotaur. The two then teamed up to complete the project and, in 1992, released the title Minotaur: The Labyrinths of Crete for Macintosh.

The title sold enough for the two developers to invest in a new project. Although the two were initially keen to create a sequel to Minotaur with 3D graphics, the idea was later shelved in favor of an entirely new title. The new project in fact took the name of Pathway Into Darkness, and was a first-person shooter that was inspired by Wolfenstein 3D (a very popular title at the time) but incorporated action adventure elements. 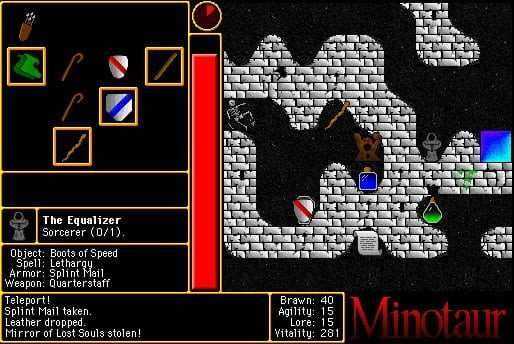 An apple a day… – Bungie Studios special: a journey among the stars

Considering the bond that Bungie developed with Microsoft in the following years, it almost makes us smile to consider how the company’s first projects instead focused mainly on Apple systems (a decision also made because Jason Jones had a lot of experience with the ecosystem of the Cupertino house) . Pathway Into Darkness was in fact a good success among Mac users, also winning some awards and allowing the newborn Bungie to establish itself more and more. Determined to ride the success of their latest title, Seropian and company chose to develop a sequel. Once again, however, the initial intentions were finally shelved and the project turned into something completely new.

The new title, as we will also see later in this special, was a seminal work for Bungie Studios: a game with such commercial success that some even defined it as the Mac alternative of Doom (which, only a year earlier , had shaken the foundations of the video game industry). Indeed, the new game from Seropian’s company shared many features with the Id Software title.

It was in fact also a first-person shooter of the sci-fi genre, and the engine on which it ran also included some small technical improvements (such as the ability to look around freely even along the vertical axis, which is not possible in Doom). In it the player finds himself having to face an alien invasion in the role of an officer of the spaceship that gives its name to the game: or Marathon.

Towards the firmament – Special Bungie Studios: a journey among the stars

If reading the Marathon plot hint (or looking at its respective logo) you have experienced some sort of de ja vu, you know that everything is normal. In fact, as we have also specified in the previous paragraph of this special, the title, as well as a commercial success, will also be very influential for the future works of Bungie Studios. The popularity of Marathon prompted Bungie to develop two sequels: Marathon 2 Durandal in 1995 and Marathon Infinty in 1996 (the series was also released on Windows, although this caused general discontent among some Mac users).

After the conclusion of the trilogy, Bungie decided to experiment with other genres, and in 1997 released Myth: The Fallen Lords. The latter belonged to the genre of real-time strategy games, and was the first project of the company made from the beginning also for Windows devices. Myth: The Fallen Lord was well received by audiences and critics alike, also achieving two sequels. Bungie was now a well-established company, enjoying increasing success, and in the late 1990s the company changed headquarters, also opening a branch in California (called Bungie West), which developed only one title: a third-person action game called Oni.

War for the Ring – Bungie Studios Special: A Journey Among the Stars

It was the year 1999 and the video game industry was about to take its first steps into a new era. In fact, only a couple of years later the first version of a new console destined to become one of the pillars of today’s gaming would be marketed: Xbox. But a self-respecting new console must have a killer application worthy of motivating its purchase. When Bungie, on the threshold of the new millennium, announced Halo: Combat Evolved, he probably still did not know how much this title would be destined to impose itself in the collective imagination, even driving the sales of the new console from Microsoft.

In those years the world of video games was in fact about to witness the debut of the Spartan 117 Master Chief and his AI Cortana. Thousands of players from around the world would first face the threat of the Covenant aliens as they embark on a journey to uncover the mysteries of the artificial ring-shaped world known as the Halo. The original concept of Halo was very different from what we know today: it seems that the epic of Cortana and Master Chief was conceived as a third person title for PC and Mac platforms.

Only a year later, however, it was stated that Microsoft would acquire Bungie, and that the company’s new project (now a first-person shooter) would be exclusive to the newborn Xbox. Such was the success of Halo that the title was soon regarded by many as one of the best video games ever created. The universe set up by Bungie worked so well that the cultural impact was enormous, leading to the creation of numerous inspired works (films, comics, but also TV series).

Halo received two sequels: Halo 2 in 2004 and Halo 3 in 2007, the latter of which (released for Xbox 360) concluded the narrative arc of the trilogy. After the end of the agreement with Microsoft, Bungie released two more titles dedicated to the Halo franchise: namely Halo 3 ODST in 2009 (which allowed you to experience the events from the point of view of a simple Marine) and, in 2010, a prequel of the entire trilogy, entitled Halo Reach. This was also the last title of the Halo series developed by Bungie Studios (which, as we will see in the next chapter of our special, is ready to devote itself to another great work) but, as we all know, the Halo saga is far from ‘be terminated. 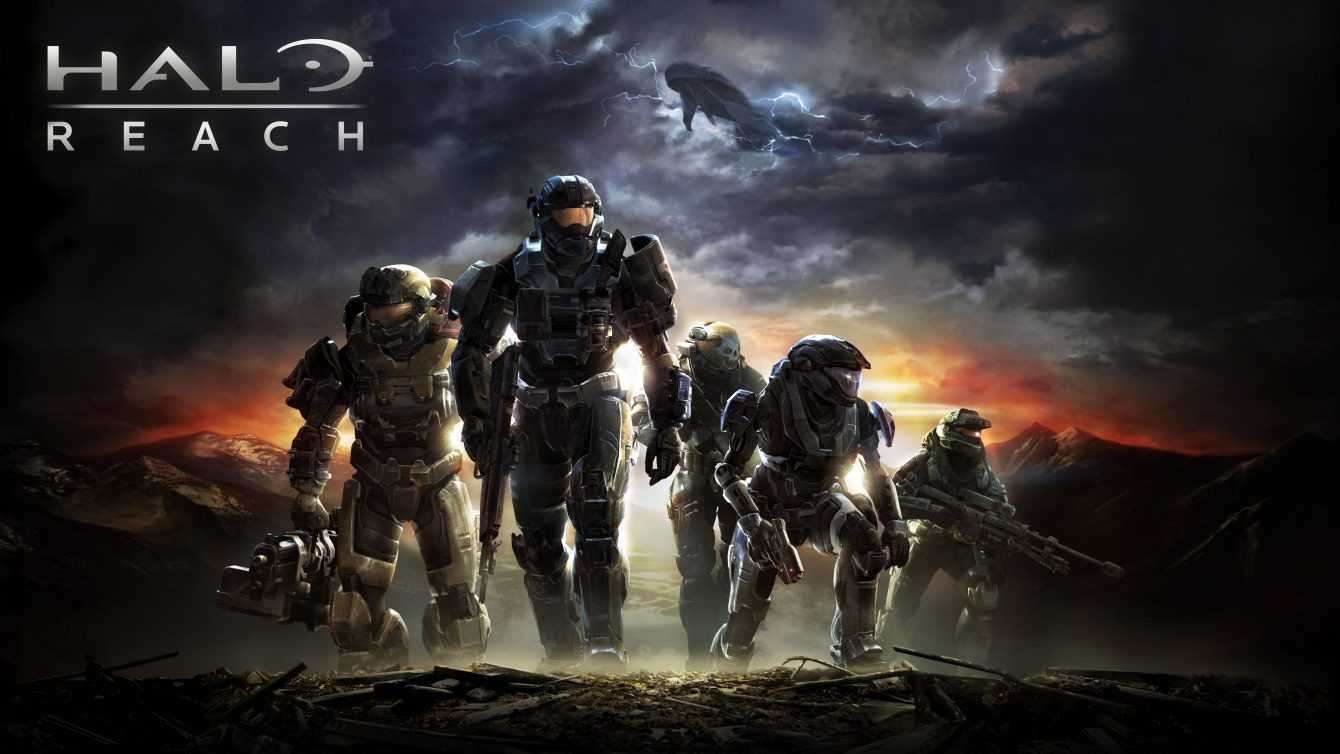 Face to Face with Destiny – Bungie Studios Special: A Journey Among the Stars

With the end of the agreement with Microsoft, and the Halo franchise passed into the hands of the guys at 343 Industries, Bungie Studios was ready to start a new chapter in its history. The software house, which has now risen to the top of the industry, continued to expand and began work on a new mysterious project. An agreement was signed with Activision, this time however limited to publication only, with the rights of the new IP that would remain the property of Bungie.

The software house was about to embark on a new journey among the stars, once again building a detailed universe, alive and pulsating with a rare charisma. An ambitious project, for which Bungie literally spared no expense, investing astronomical amounts in development. A project that, in 2013, was revealed to the world with the name of Destiny. 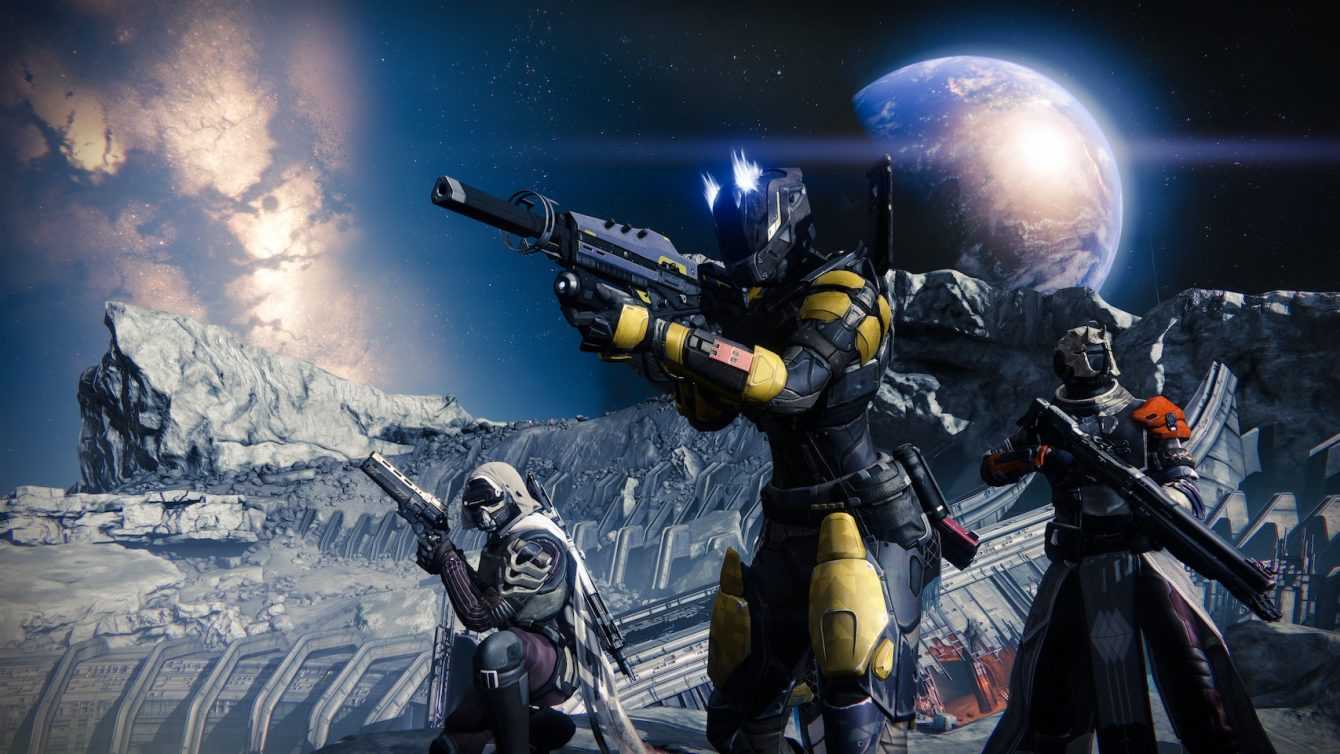 Bungie described Destiny as a first person shooter set in a shared world. The title was in fact played mainly connected to the internet, and allowed you to explore the different environments on servers populated by other players, collaborating to complete the numerous missions present. For the Destiny storyline, Bungie once again drew on science fiction, always peppered with epic overtones and an ever-expanding game world. All the key elements that had distinguished the previous titles signed by Bungie Studios, are re-proposed in Destiny, made unique, however, by a special concept of the game world.

In fact, a long post-launch support was designed for Destiny, consisting of expansions that would have enriched and continued the game plot, adding narrative arcs that, like pieces of a mosaic, in their entirety would have composed what is essentially an endless lore like few. Destiny enjoyed a worldwide success which, although not comparable to that achieved by Halo, allowed the studio to make a sequel (released in 2017) which, as we write, is still alive and continues to attract millions of players from all over the world.

We have come to the end of this special dedicated to Bungie Studios. From a small project by two university students to a reality that has risen to the top of the industry, the software house has succeeded in its intent to influence world pop culture. Works such as Destiny and especially Halo have left an indelible mark on the videogame landscape of the new millennium, in turn inspiring the new generations of developers.

Bungie is currently developing a new, yet unannounced multiplayer project scheduled for 2025. We still know practically nothing about it, but, considering Bungie’s ambition for each new project, we can only wait with trepidation for an official announcement, hoping to be able to immerse ourselves in a new and exciting universe, as the software house has always had us. used to it.

And what do you think of this software house and the titles it created? Let us know in the comments and …