That of Splinter Cell has always been one of the most loved of the house Ubisoft and, even after several years from the last chapter of the series (released in 2013), fans are still clamoring for a new video game in the saga. In the past few hours, some leaks may have rekindled hope, indicating that Ubisoft may actually be working on a new Splinter Cell: let’s take a look at what we know.

Is Splinter Cell Coming Back? Here is the Ubisoft leak

In the past few hours it has emerged the French software house has filed a new trademark relating to Splinter Cell, specifically on December 6, an element that attracted the attention of fans. It must be said that the fact that Ubisoft has renewed the Splinter Cell brand is not so strange: it is a procedure that the studios often carry out to protect intellectual property on a given product.

However, there are some elements that would indicate that this time something is actually boiling in the pot. First of all it must be considered that the last chapter of Splinter Cell dates back to 2013, so the time for a sequel or another video game in the series is ripe to say the least.

Secondly, in addition to this latest leak, the previous rumors must also be considered, which Ubisoft wanted to work on a project related to Splinter Cell. Specifically, just last October, a report had revealed that the software house had just given the ok to a new Splinter Cell video game, which should now be in the early stages of development, but rumors about it go back months.

In the period of E3, for example, there was a rumor that Ubisoft was in the testing phase for the definition of the playful offer of contemporary video game of the series which, according to some analysts, should present an open world structure, although obviously there is nothing confirmed yet. 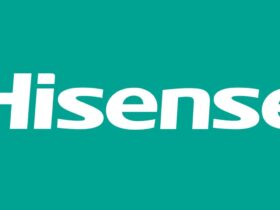 Hisense: the new CEO of the company is Italian

FIFA 22: the buggy players of Serie A in FUT