The May State of Play was held tonight and the first Horizon: Forbidden West gameplay was shown during the event

A little while ago, the long-awaited event was held once again State of Play, the now well-known recurrence of Sony dedicated to PlayStation video games. Events belonging to this type do not have a long duration, but nevertheless they allow players to preview the upcoming titles on PS4 and PS5.

Often different games are presented during these events, but this time Sony has chosen to focus solely on one of its flagship titles. In fact, during the State of Play in May it was Horizon: Forbidden West gameplay shown for the first time.

Stunning action and scenery in the long gameplay of Horizon: Forbidden West

It’s been quite a while since the announcement of Horizon: Forbidden West but now we finally got the chance to see him in action. Indeed, during the event Guerrilla Games showed us well 14 minutes of uninterrupted gameplay. If you also want to take a preview look at the game, you can do it thanks to the video below.

As you can see from the video, the gameplay of the game seems to have improved a lot since the first chapter. Now Aloy is capable of move much more freely and has even developed new close combat techniques. From the video it is also possible to notice the incredible beauty of the title which, thanks to breathtaking settings and quality lighting, manages to bring out the best in the PlayStation 5.

Horizon: Forbidden West will be available for PS4 and PS5, but for the moment we don’t know a precise release date yet. If you are interested in staying up to date with all the news on the title and much more, keep following us here on TechGameWorld.com. Furthermore, in case you want to buy some games at an advantageous price, we suggest you take a look at the many offers on Instant Gaming. 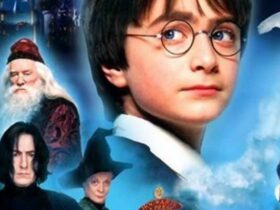 Harry Potter: Sky dedicates a channel to the saga