Square Enix has released a new trailer dedicated to Stranger of Paradise Final Fantasy Origin, through which fights, equipment and much more are shown

A short time ago, Square Enix said it would broadcast new details and new gameplay footage per Stranger of Paradise Final Fantasy Origin, it spin-off in salsa soulslike of the famous jrpg saga. The promise found its fulfillment a few hours ago, on the occasion of a livestream organized to celebrate the anniversary of the first chapter of the series, when a unreleased trailer dedicated to the production made by Team Ninja, through which it is possible to take a new look at the combat, equipment and much more.

Stranger of Paradise Final Fantasy Origin: combat and equipment on display in a new trailer

Being able to count on the presence of some members of the development team, present at the livestream, Square Enix he put on display new snippets of gameplay, showcasing new fights, unreleased gear items (including items reserved for pre-orderers), currently unreleased jobs, skills, cutscenes, and more. If you are curious to learn more, immediately after the jump we offer you the entire streaming event.

Furthermore, recently Square Enix had also revealed the fifth party member, which will characterize Stranger of Paradise Final Fantasy Origin, Sophia, who will fight alongside Jack to defeat Chaos.

There are still a few months left before the launch of this peculiar episode of the series, given that everything will debut next March 18th (in the formats PS5, Xbox Series X / S, PS4, Xbox One and PC), but we at TechGameWorld.com are anxious to get their hands on it. In the meantime, if you want to know more, this is our dedicated preview.

In the meantime, if you are looking for titles at a discounted price, we recommend that you take a look at the offers on the Instant Gaming pages.

CoD Vanguard and Warzone: here’s the launch trailer for season 1

The delta variant: is it a real danger or just psychosis? 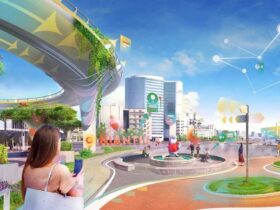 Niantic brings the ‘metaverse’ to the real world