In this third part, our guide will conclude its section of arenas and scenarios taken from Super Smash Bros. Melee for GameCube

Con over one hundred arenas in the game, ours guide today will conclude the selection of scenarios coming from Super Smash Bros. Melee, the chapter for GameCube. In the last two episodes we have introduced the concept of walk-off and we have expanded our explanation of what a Smash Meteora is, but today we will close our tour by making a necessary study. Among the gameplay elements introduced in Ultimatein fact, it Zoom finale accentuates the spectacularity of the conclusion of a fight … or maybe not? There is a lot to discuss, so let’s move on without delaying too much. 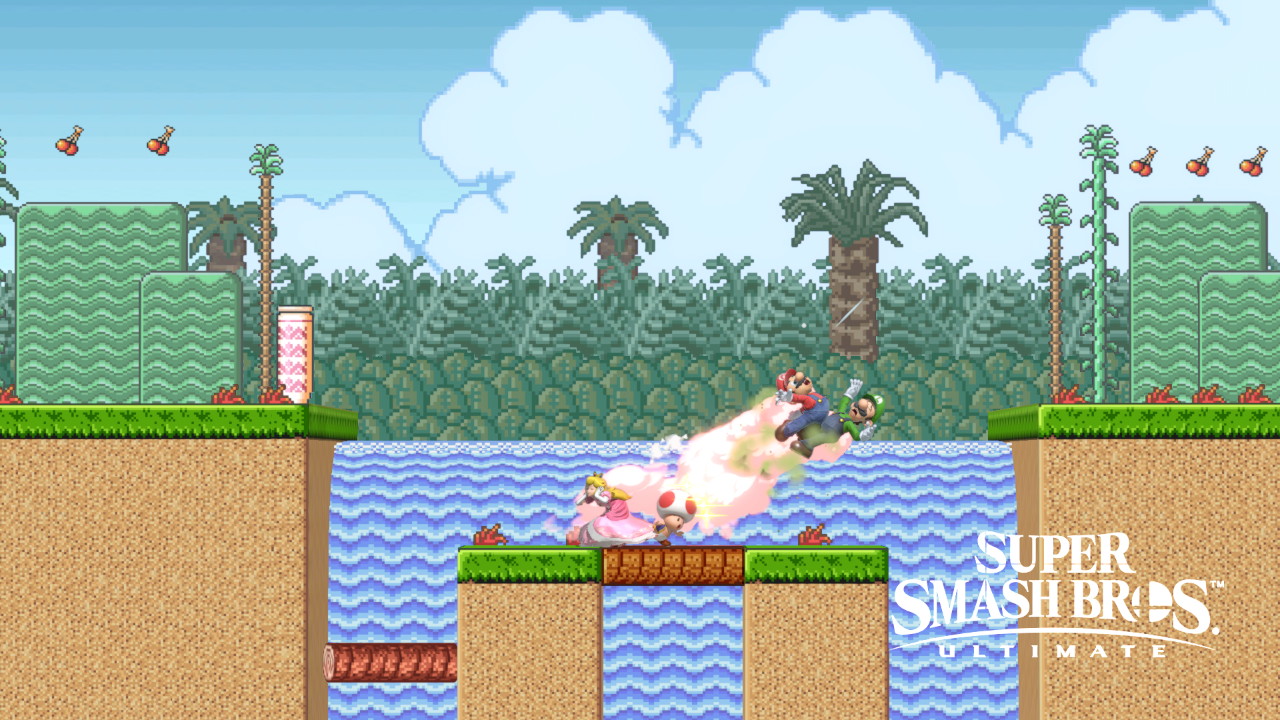 The layout of the various arenas will only become more complicated from Brawl onwards, but the scenarios taken by Melee at this point in the Super Smash Bros. Ultimate guide are still easy to describe. For the Mushroom Kingdom II, it is a small platform in the center, accompanied by two larger ones on either side of the arena with walk-offs. Occasionally Birdo will peek from the sides (which will shoot eggs, unless he attacks her first), as well as Piggì aboard his flying carpet (which you can ride). The logs that fall from the waterfall can serve as platforms. 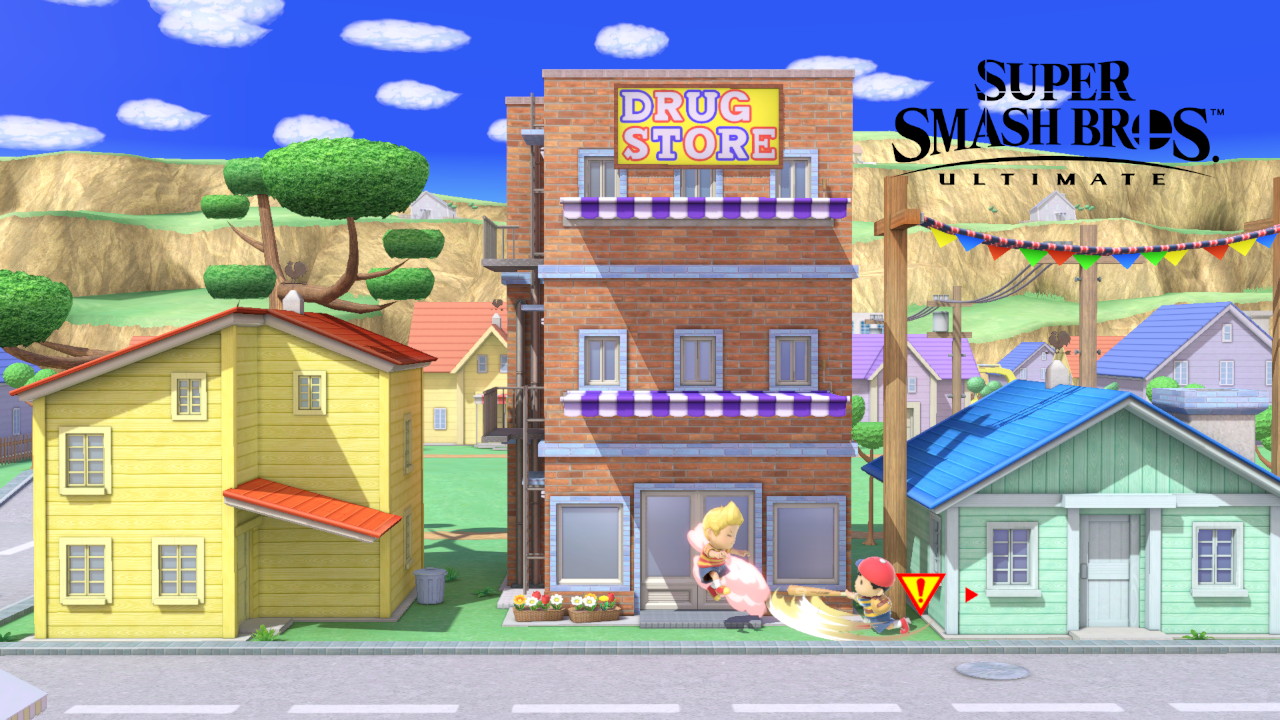 We have followed an order that is not very faithful to that of EarthBound, but fear not: we are here to talk about too Onett. The arena is on the ground, and as such features two walk-offs. On the left we have a building with a canopy as a secondary platform, while on the right the roof of the house is accompanied by the wire that hangs from the two pylons. Completing the picture, then, we have two platforms in the center, which however often fall (and then recompose). Pay attention to the three different cars when you are on the ground: a sign will warn you of the danger, but when in doubt always try to stay as high as possible. 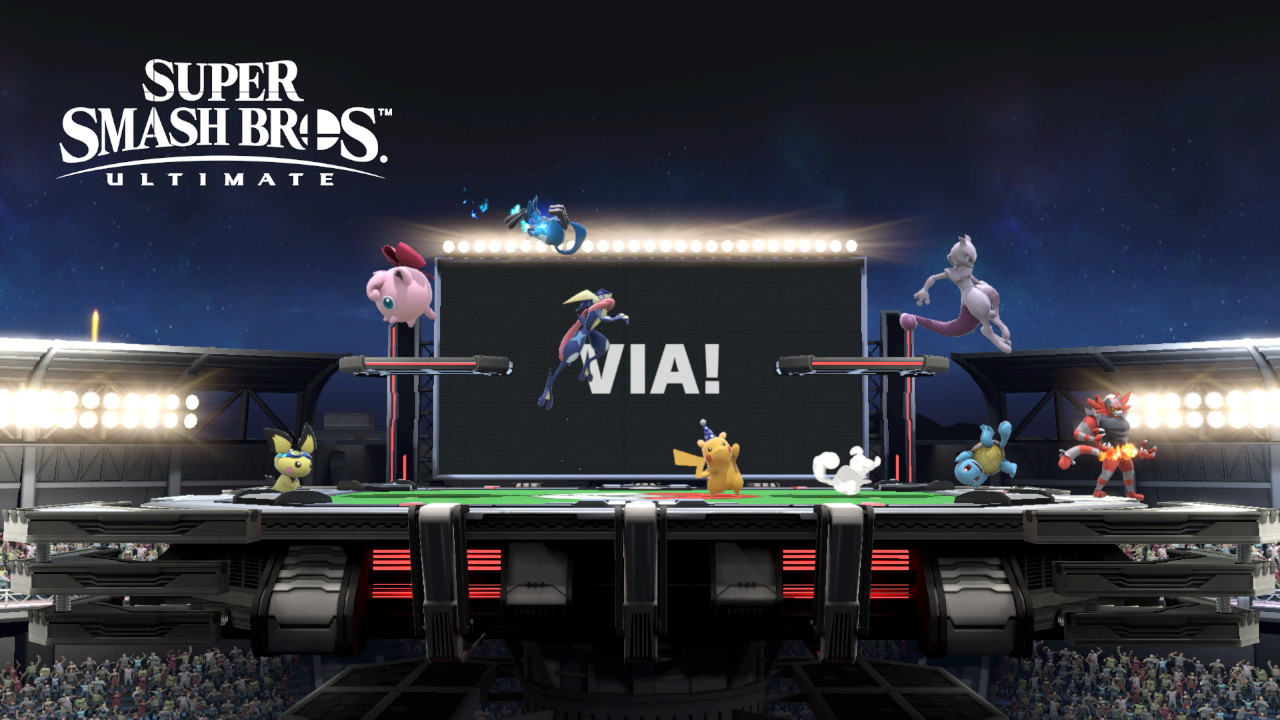 Don’t be fooled by the name of the arena: the Pokémon Stadium it has nothing to do with the Pokémon Stadium game. In reality, it is a manifestation of the constant confusion that dominated the representation of Pokémon in the context of Smash until the fourth chapter. The idea is to propose a stage that thematically “transforms” Smash’s attacks into a battle between Pokémon, but the generic approach didn’t last long. The base arena features one main platform and two smaller ones, but if hazards are active its layout will change to reflect Grass, Fire, Water, and Grass types. 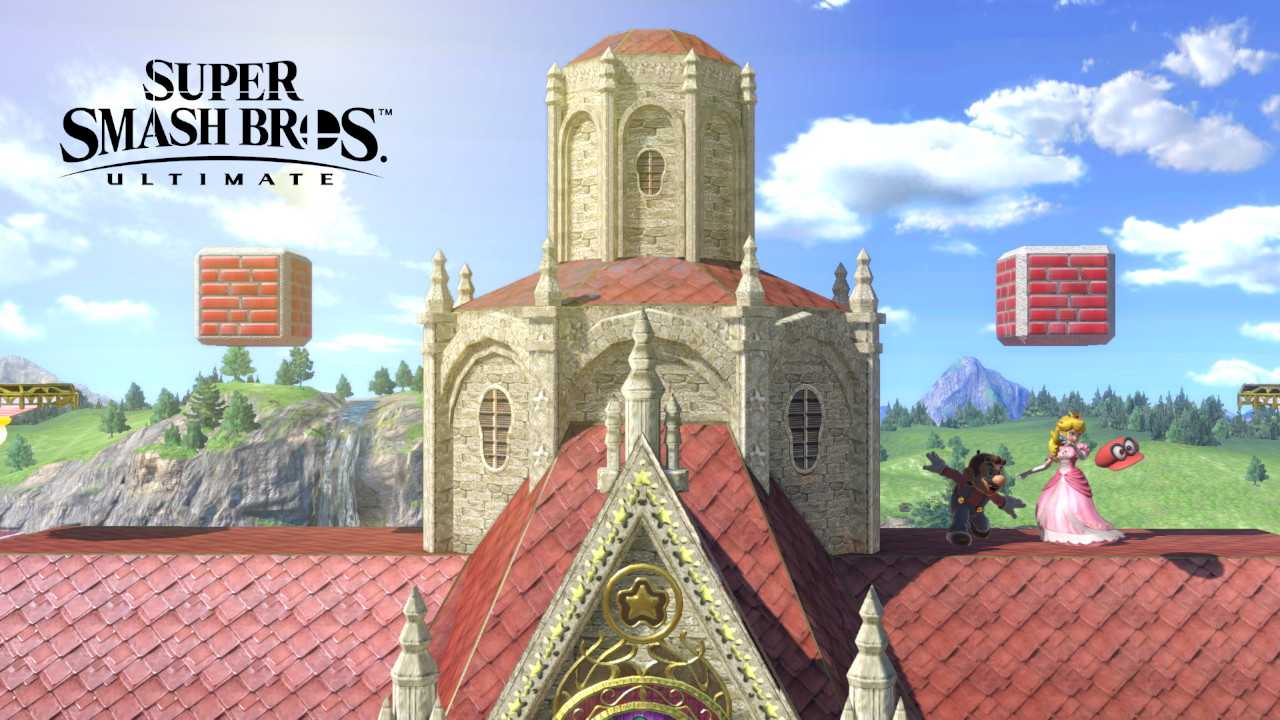 Unlike the arena simply called “Peach’s Castle”, the Princess Peach’s Castle boasts a more specific name for a reason. It is in fact a more faithful reproduction of the roof of the aforementioned castle, and as such consists of a single platform with a tower in the middle. The switches activate various platforms, and occasionally Banzai Bills rush into the arena for the sole purpose of engulfing anyone in range with a disastrous explosion. 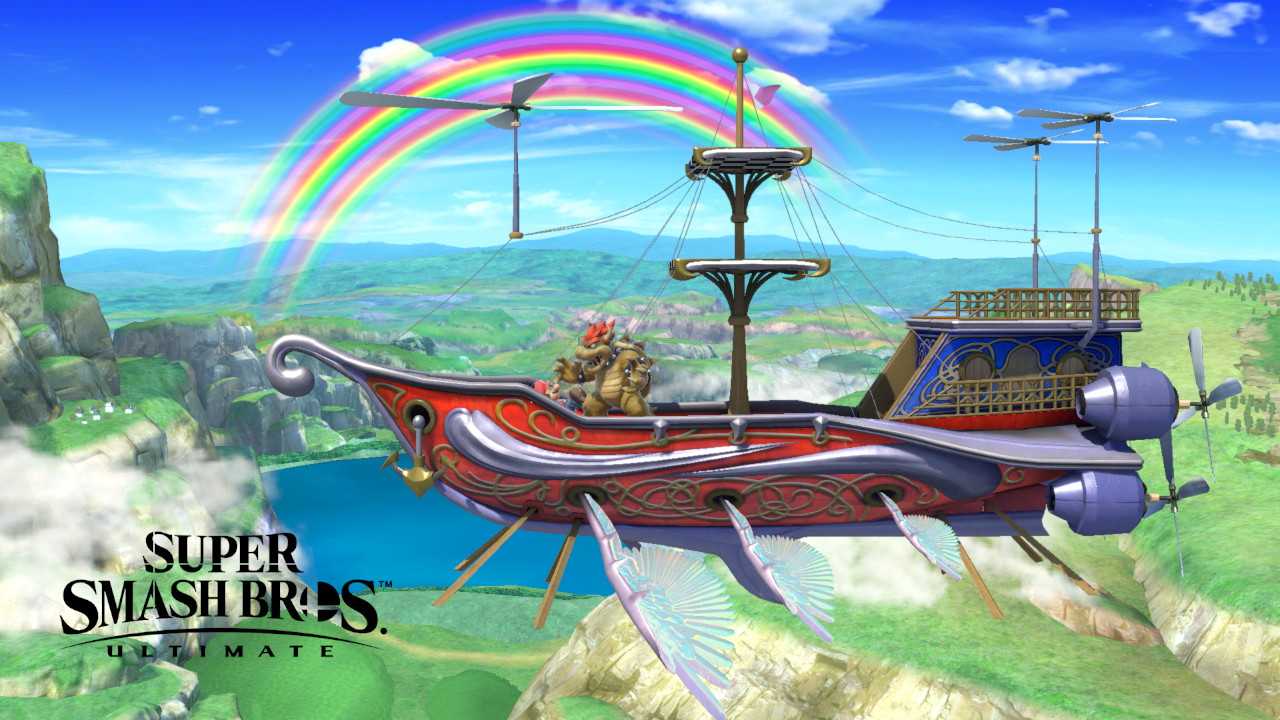 Were we talking about endgame scenarios? The rainbow path it is literally the last regular level of Super Mario 64. Here, for the first time in our guide, we have an example of a wandering scenario. The conformation of the level will in fact change continuously, proposing a circular path that starts (and ends) aboard the legendary flying ship that was the worry of many players in 1996. 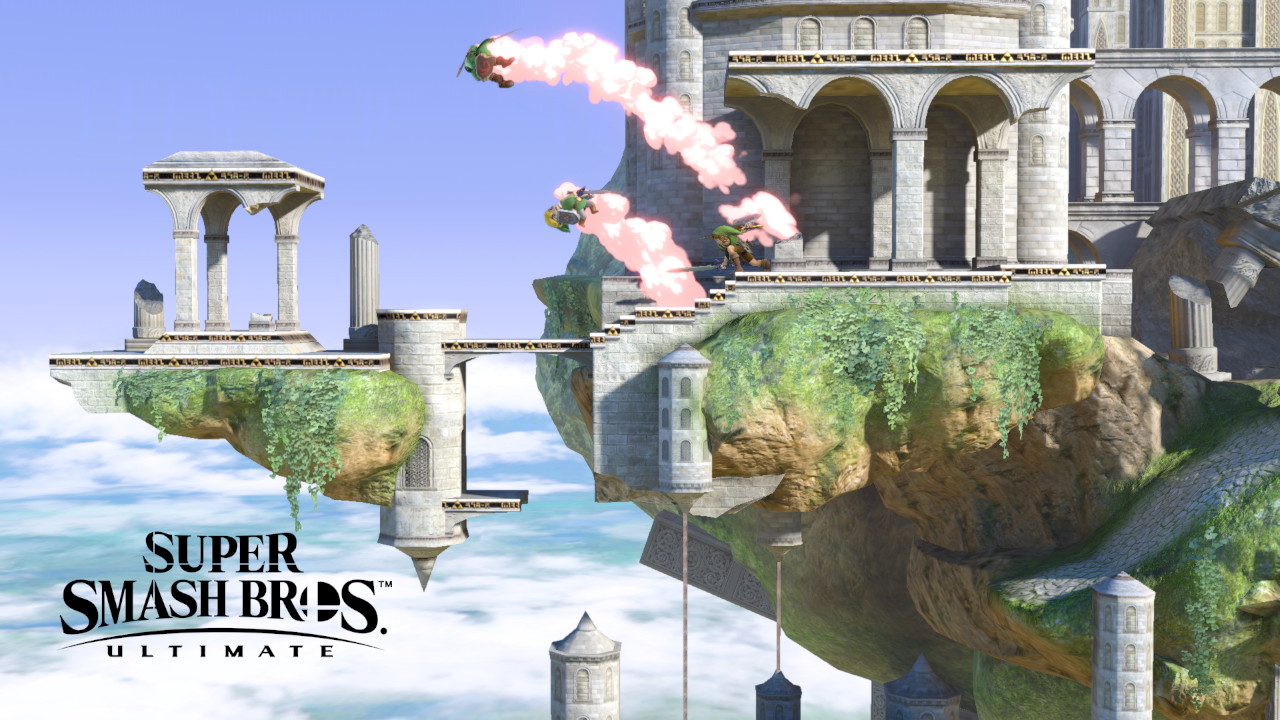 We previously mentioned the three most spacious arenas in the game, and The temple is one of them. It’s like it’s a whole platformer level, with plenty of room for exploration. Of course, don’t expect to see this level design delight in the competitive scene; also because, playing with friends, it is impossible that the match does not degenerate, sooner or later, into a game of hide and seek. 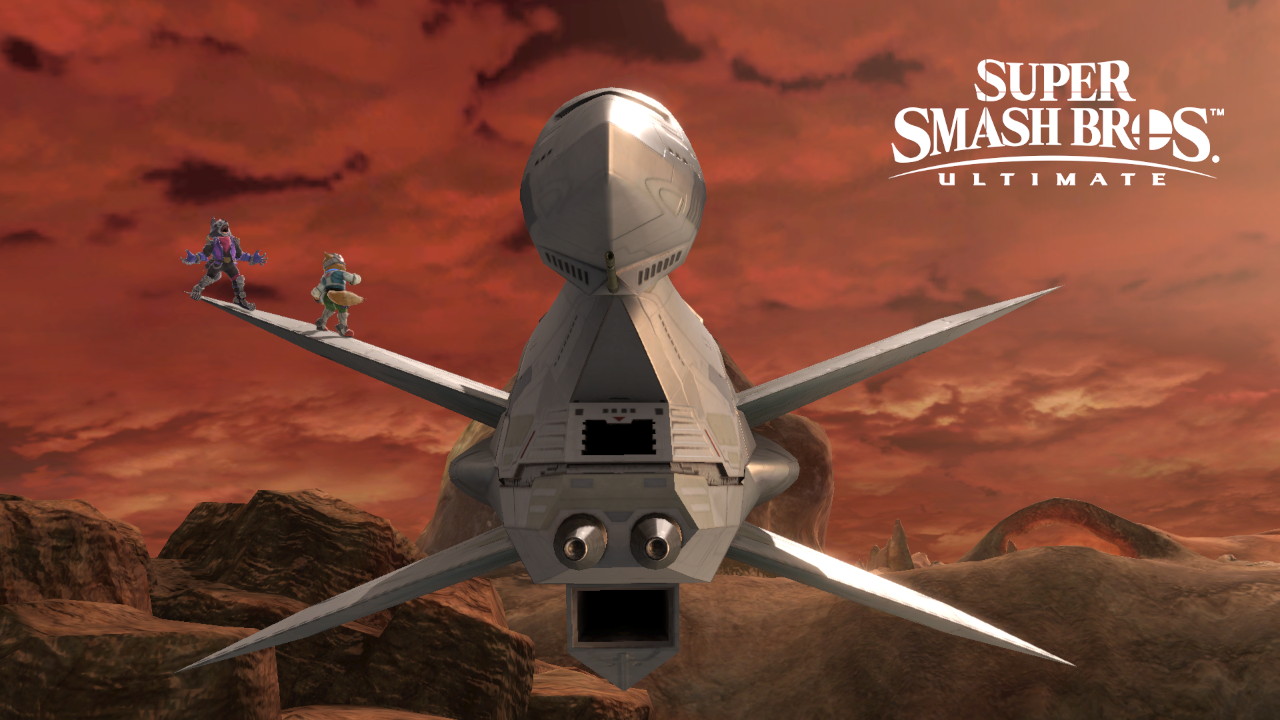 Just as Corneria allowed us to fight on the Great Fox seen in profile, Venom turn the mercenary ship of the Star Fox team in front. In other words, therefore, the four wings and the tail of the aircraft are transformed into as many interconnected platforms. There is certainly no shortage of opportunities to put opponents on the wall here… just as there is no shortage of spacecraft from which it is better to be careful. Also in this arena there is one Smash provocation: press ↓ on the directional pad (for a fraction of a second) with Fox or Falco. 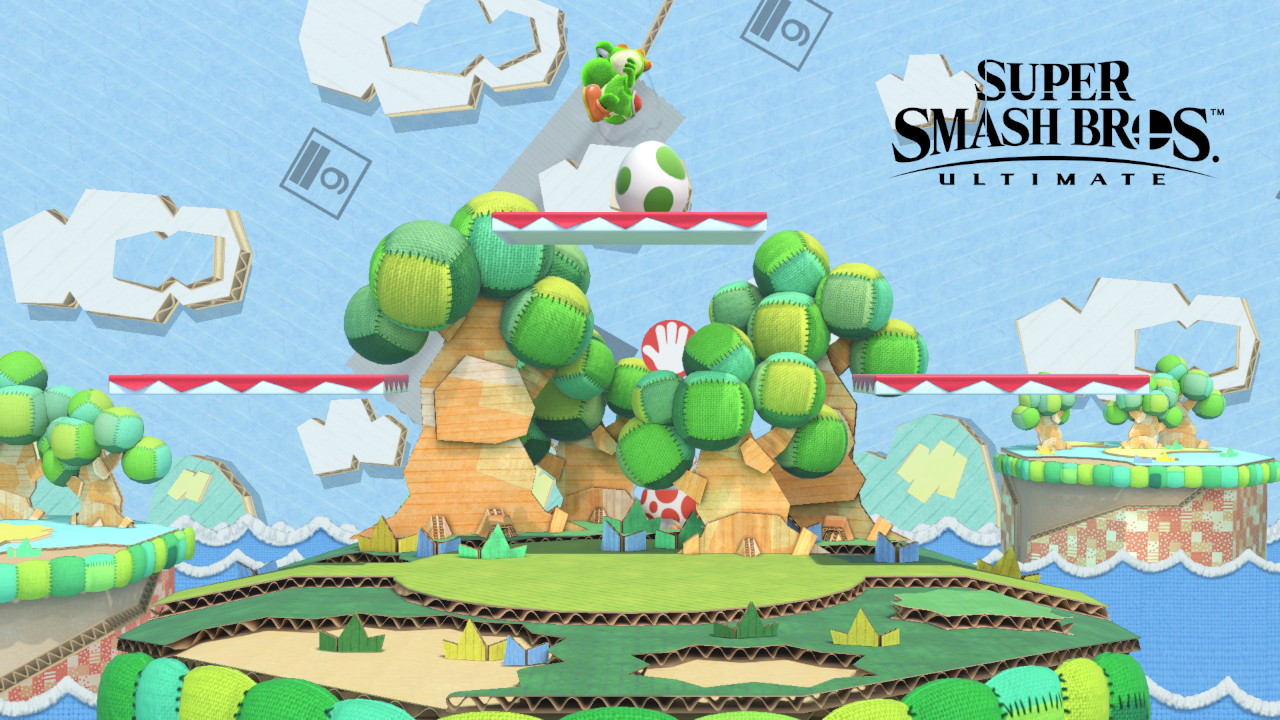 The second arena in the series to pay homage Yoshi’s Story it also stands out in its almost total lack of danger. That’s right: we have another legal scenario used in tournaments without anyone turning up their noses. Hurray! It is a layout almost identical to Le Rovine, with only one substantial difference: the edges are a bit sloping. On top of that, there are Shy Guys (made totally useless if played without tools) that flutter, plus a cloud that sometimes helps players get back on the pitch. Nothing to scream scandal about, though. 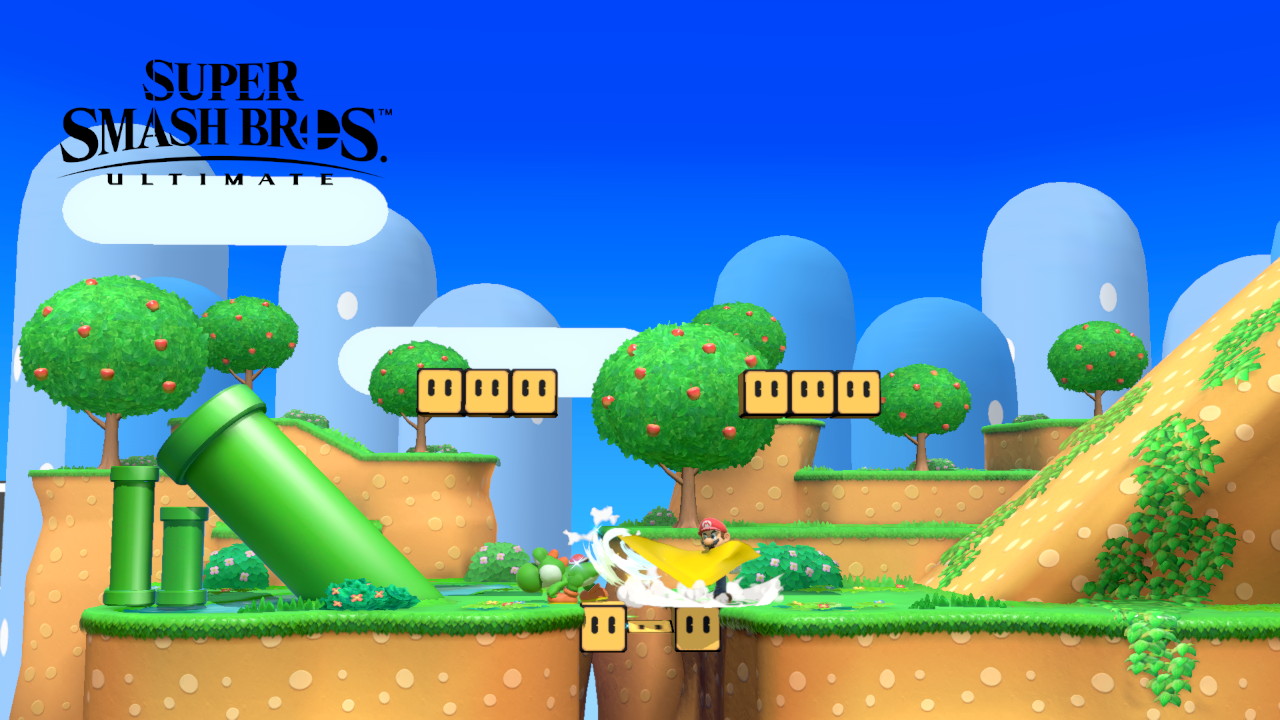 And with this they make three. The third arena to represent Yoshi without referring to Yoshi’s Island is l’isola Yoshi from Melee. Here is everything you need to fool a competitive player: a slope to the left, semi-destructible platforms in the middle and in the air, and a walk-off (sloping) to the right. Adjust accordingly.