In this sixth part of our guide we will go from Brawl arenas to scenarios taken from Super Smash Bros. for Nintendo 3DS / for Wii U

Welcome back to ours guide to arenas and scenarios from Super Smash Bros. Ultimate. The sixth episode you are about to read is the only one in which the clear cuts we were aiming for will disappear: in fact today we will talk about both the latest settings taken from Brawl that of the first coming from fourth chapter. As for the order that we will follow, given the double format of the penultimate Smash, for today we will focus on the levels in common with the 3DS version and that for Wii U. Finally, in the appendix, we will deal with the concept of Supercorazzathat is the immunity to hesitation after an attack suffered. 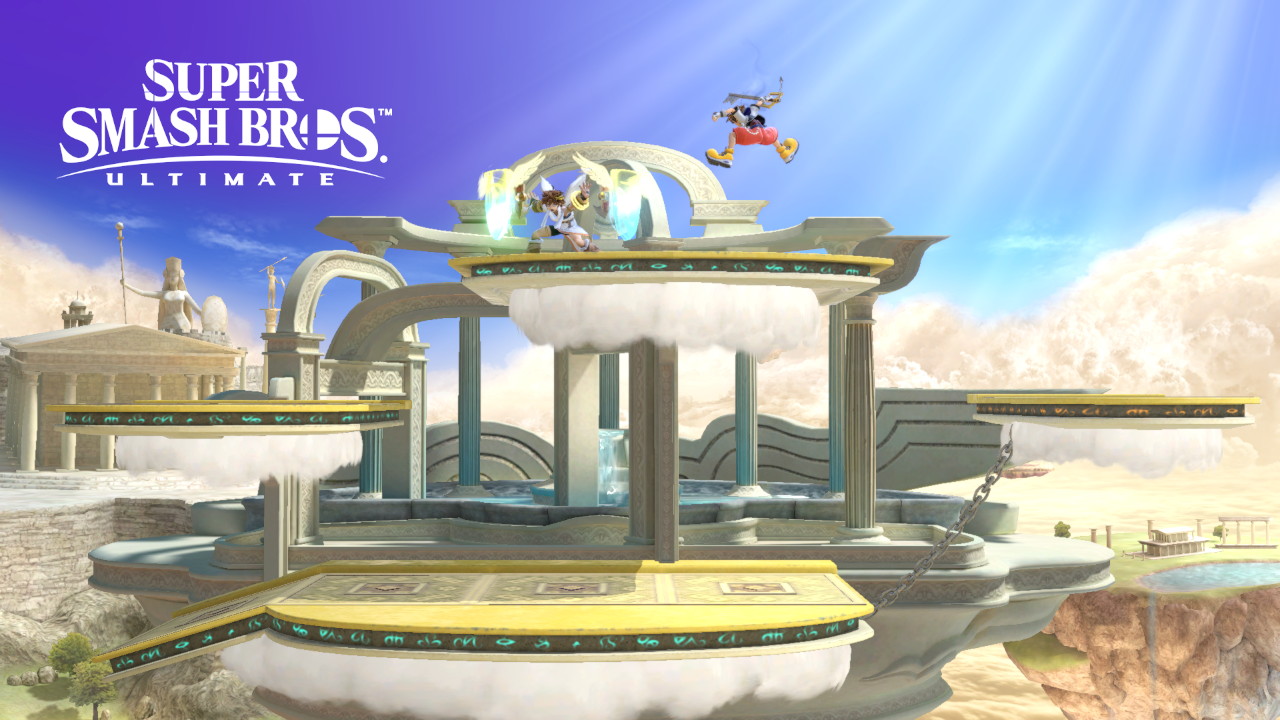 Of the three arenas from the world of Pit and associates, the Celestial Kingdom is perhaps conceptually the simplest of the scenarios in this guide to Super Smash Bros. Ultimate. These are four static and solid platforms, plus one moving under the arena. However, the four solid platforms can be destroyed, leaving traversable counterparts in their place: in other words, therefore, to re-enter the field your strategy depends on the state of the scenario in question. 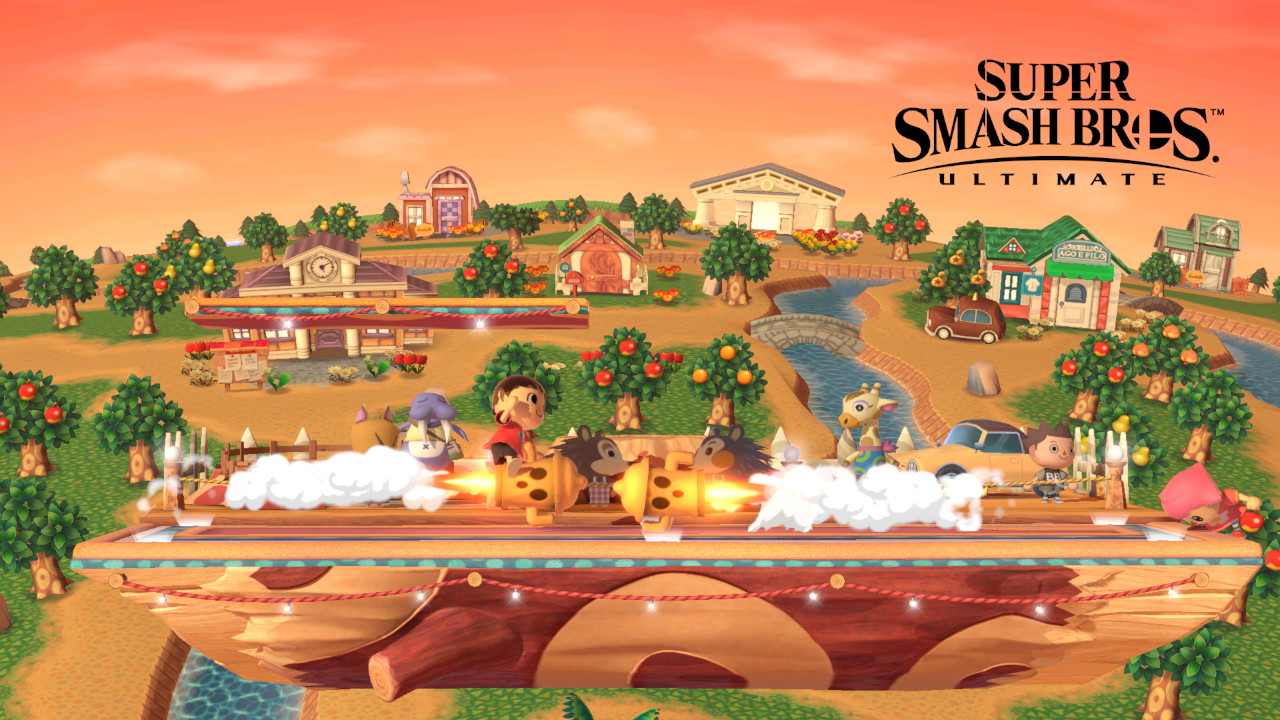 Even before the Dweller was revealed as the first new face of the fourth Smash, the third has already honored Animal Crossing with a themed arena. Ironically, given its spartan layout, Smash Village is one of the few arenas accepted with open arms by the competitive community. It is a simple solid platform, accompanied by a traversable one that moves from one edge of the scenario to another. Apart from this minor danger, there is nothing else to report. 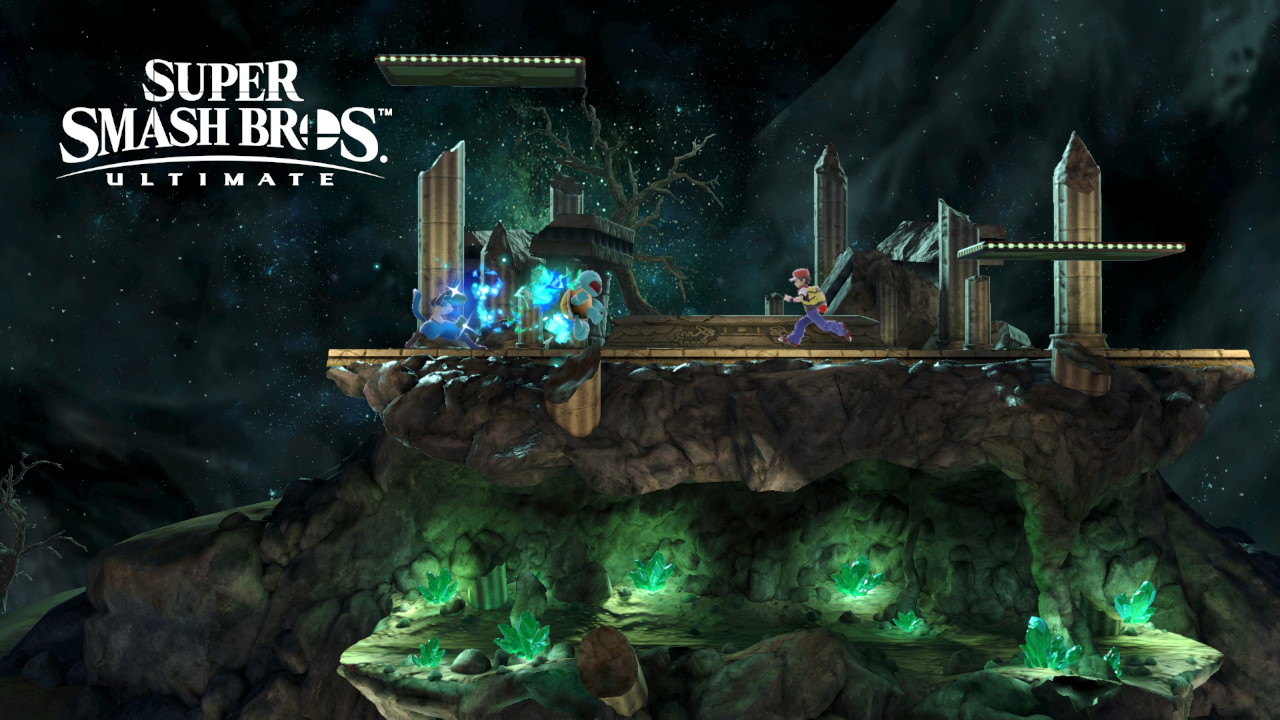 For the first time since Saffron City, we finally have an arena that pays homage to a specific Pokémon game. There Summit Lancia it is a vital location in both Pokémon Shining Diamond / Shining Pearl and Pokémon Legends: Arceus, and in Smash it traces the epic battles it was the scene of. There are three platforms: two solid one above the other and two smaller on the sides, which can be crossed. Depending on the Legendary Pokémon appearing in the background, the fighters and / or the main solid platform in the center can be attacked. In other words, the main platform is destructible, but only by those in the background. 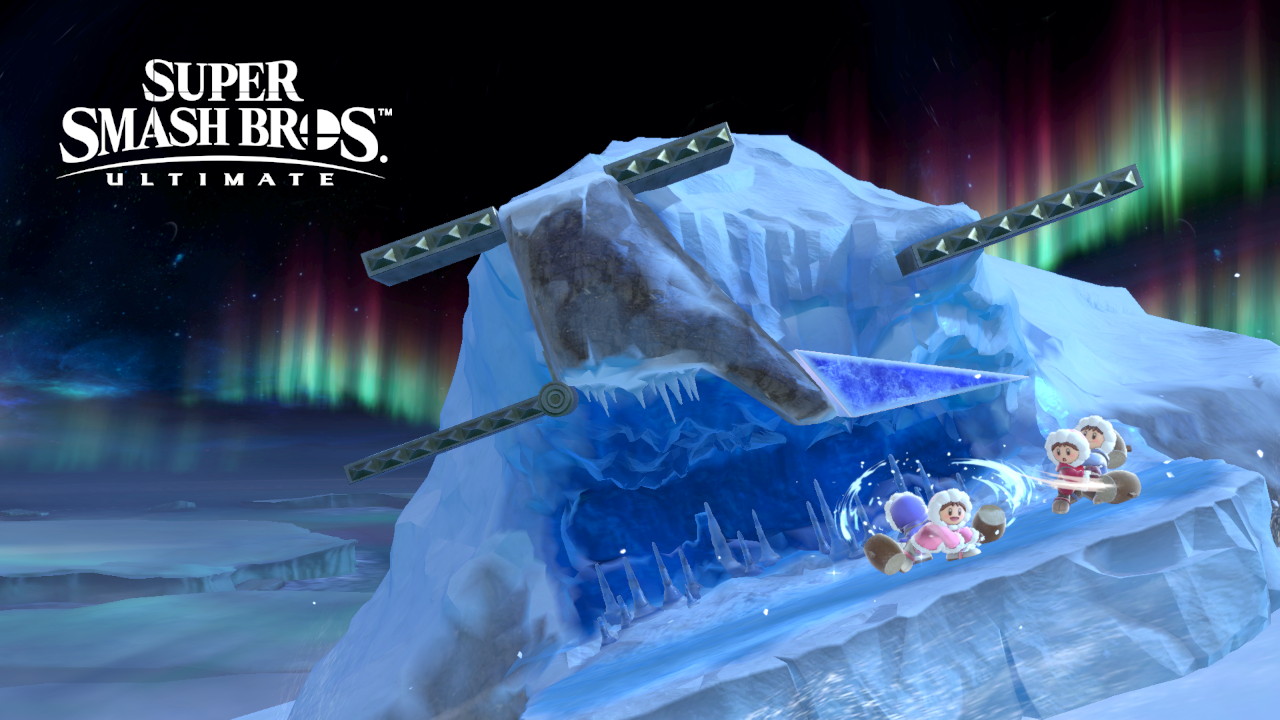 Since Icicle Mountain (“Monte Ghiacciolo”) in Melee has drawn the fatal wrath of the entire competitive scene (for excess of zeal in replicating the climbs of Ice Climber), the duo of mountaineers find a new home on the top of the same mountain . The scenario is called literally The top, and contemplates a solid platform at the base, another in the center and three that can be crossed at each corner of the central structure. This summit will soon slide downstream, tilting and affecting inertia in your aerial movements, before magically returning… well, to the top. Beware of the fish of Balloon Fight (we will talk about the arena of the same name later): it awaits you on the water only to drag you fatally into the abyss. In the lower part, the stalactites can harm you. The ground is slippery, but we don’t think we need to tell you … 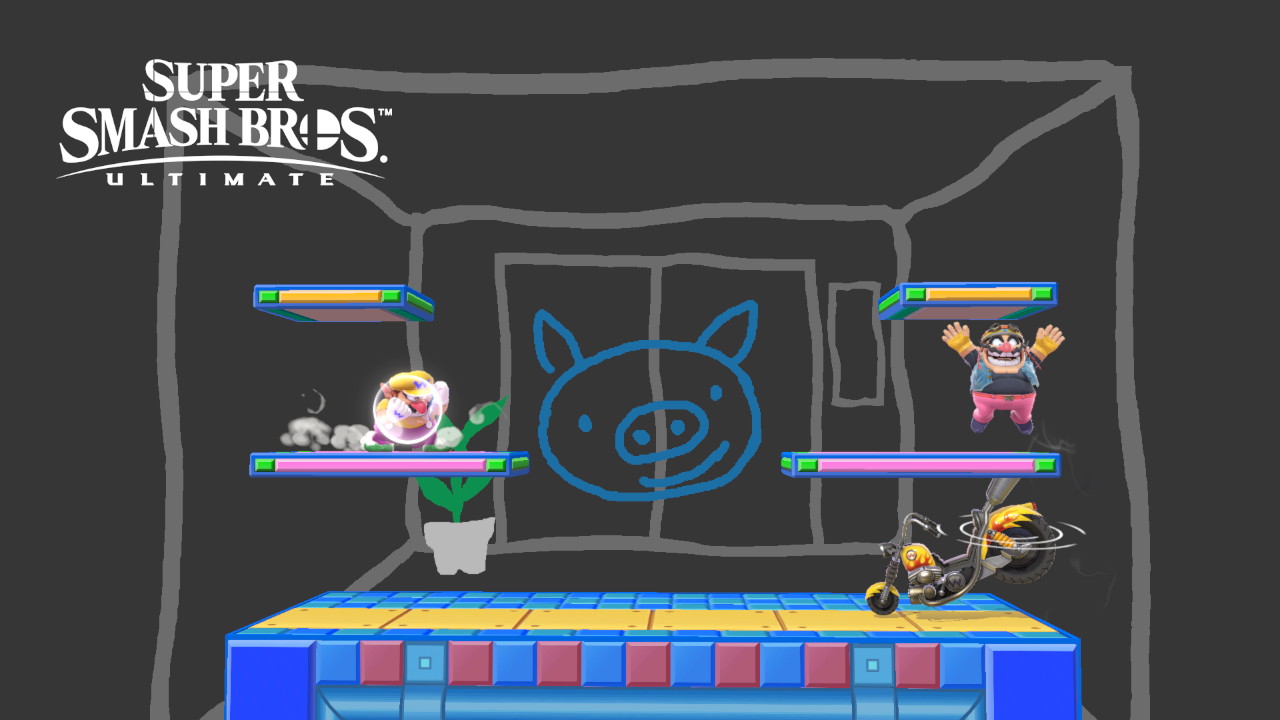 As we mentioned in our special dedicated to Wario, it is a real shame to see how much the Big N prefers to celebrate its most recent incarnation rather than Wario Land. Anyway, WarioWare, Inc. of its own consists of a solid main platform and four smaller traversable ones. However, the elevator in the background (taken from the very first installment of the series, on GBA) will occasionally open to kick off a minigame. Of course, you can ignore the minigame instructions, but at the cost of not getting a power-up. Which can also include invincibility, so be careful!

And finally we have an arena inspired by Yoshi’s Island, it took a while! Yup, L’isola Yoshi (Brawl) is the real island of the most adorable dinosaur in the Mushroom Kingdom. It is a curved (solid) platform at the base, a smaller one in the center (passable) and, finally, one that appears and disappears at the edges of the arena. Given the scarcity of dangers, this arena is tolerated a lot in tournaments. 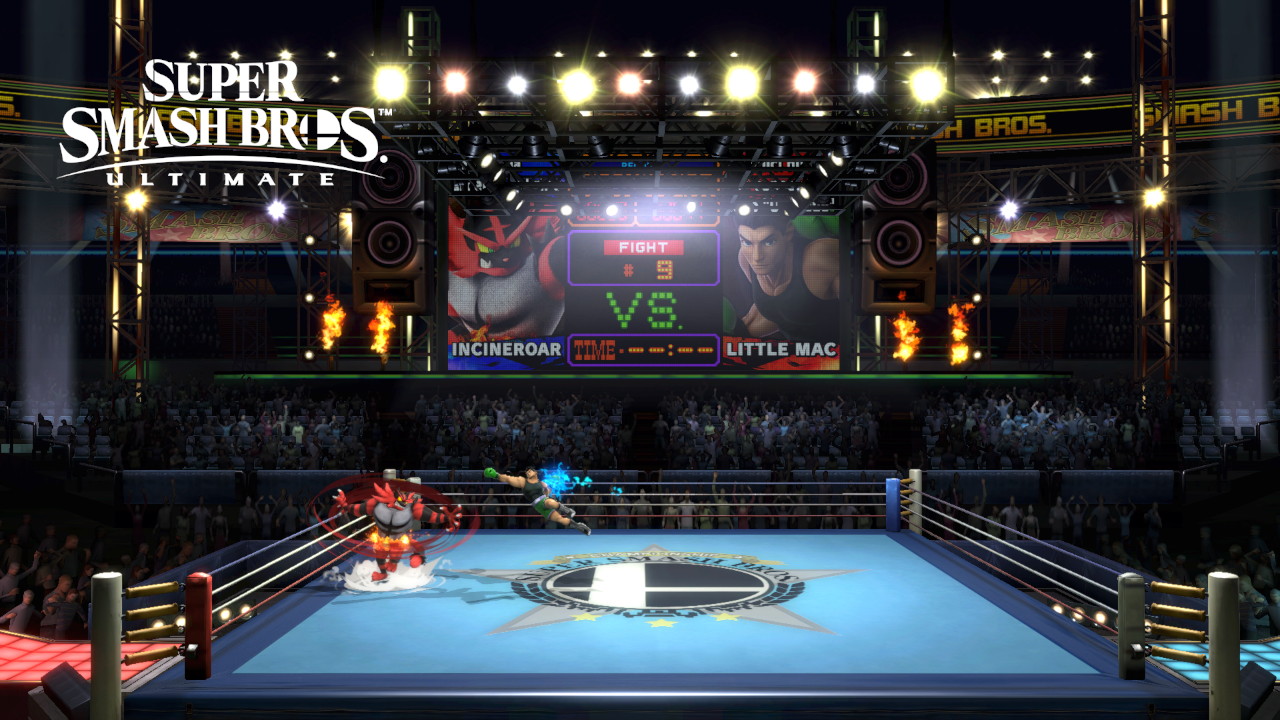 While anticipating the reveal of Little Mac by a few months, he ring is the first arena (for the Wii U version, at least) of the fourth Smash to be shown in full in the first trailer, when the Dweller takes his hold on Mario. The arena consists of the actual ring, two sloping walk-offs on the sides, and a destructible platform at the top (which will collapse into the ring before regenerating). 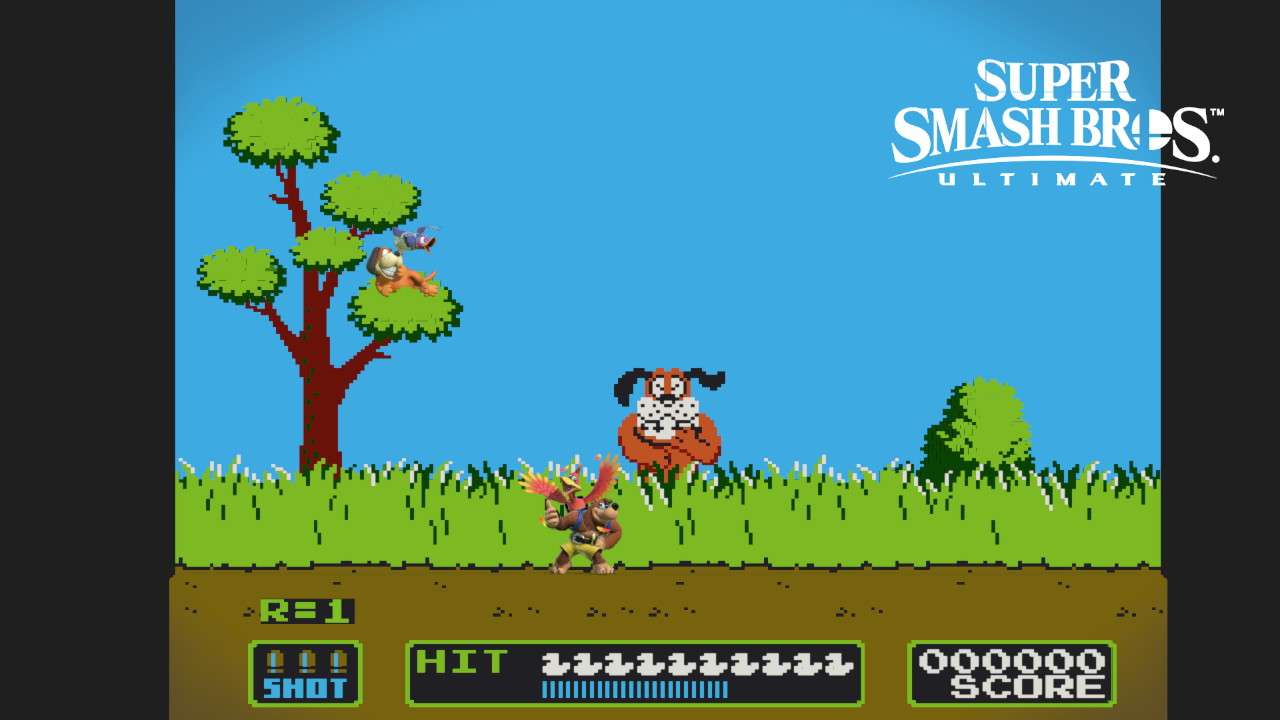 “I said it’s duck hunting, shoot!” Looney Tunes jokes aside, Duck Hunt resumes duck hunting from the game of the same name fairly faithfully, without the hunter affecting the fight. Despite a spartan layout (a solid platform, another emerging from the ground every so often and the tree branches to the left), the arena is banned from tournaments due to the ability to use the shrub to score easy vertical KOs. . 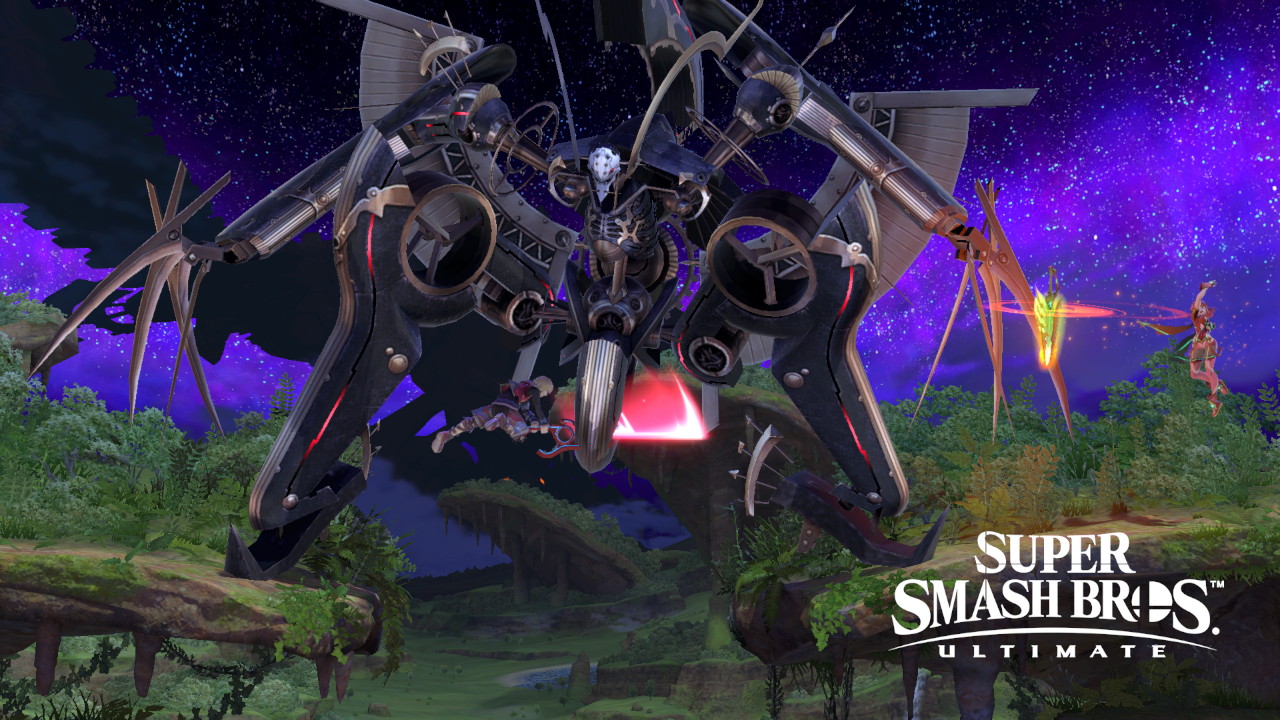 If you want to give competitive lovers a headache, the plain of Gaur is for you. These are in fact two main solid platforms with walk-offs on the sides, plus other small platforms below them. As an arena it is quite large, so much so that both sides boast …