The next online event of the weekend will be a tournament: we take the opportunity to illustrate the brandable tools in Super Smash Bros. Ultimate

Like every Wednesday, we have a preview of the next one online tournament of Super Smash Bros. Ultimate, the weekend event following that of the Billboard dedicated to stage spirits. This time, however, the theme will be “What a blow!“: A competition in which we will have to stand out for our ability to brandishing tools. As was the case with “O la va or la spacca!”, However, this occasion allows us to expand our guide with another appendix: we can in fact illustrate the operation of all the weapons that, once collected, can be wielded.

“What a botta”, this Super Smash Bros. Ultimate online tournament!

In this weekend’s online tournament, the protagonists will be all those Super Smash Bros. Ultimate tools that you can to collect (TO). In other words, therefore, we will be dealing with The laser is dropping, Star scepter, Home run club, Hammer, Golden hammer, Lip wand, Fiery bar, Mineral Mace, Lethal blade e Scythe of Death (in addition to the usual Smash Ball). The event itself consists of timed fights from the duration of two and a half minutes, with Final Smash Gauge active e average appearance of tools. It will last from eight in the morning Friday 14 May (the day after tomorrow) and it will end Monday 17 at the same time. 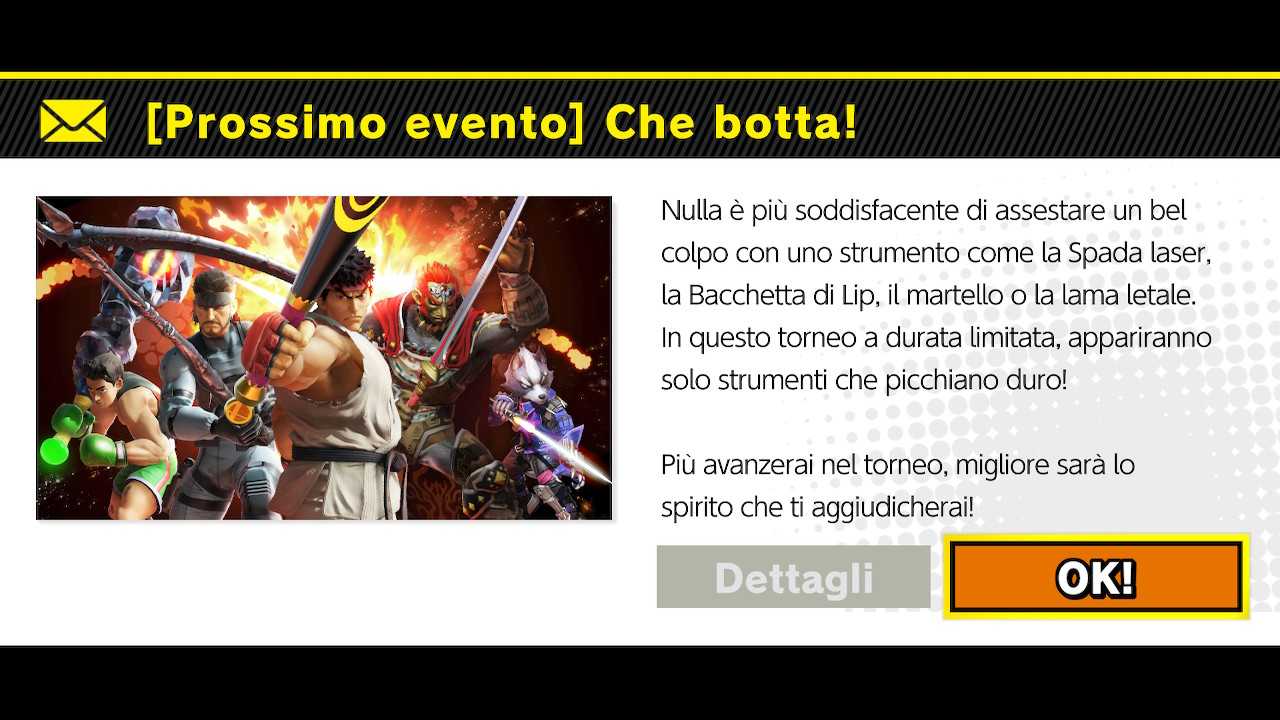 How to take advantage of the weapons to be wielded

Beyond this event, however, you are here to learn how to use these ten tools. You already know that you can pick them up (A), but as they are not throwing weapons you will have to get rid of it (Socket or Shield + A). You can too direct its launch (↔ / ↑ / ↓), but what characteristics do they have?

We talked about how the equipment works Spirits, but did you know some of them can make you start a game with one of the tools in this Super Smash Bros. Ultimate online tournament? In fact, you can start with whatever tool you like, based on the Spirit you have found and equipped. This, however, will serve you only and only in the ways that contemplate this “start with the turbo” (Adventure, Melee with Spirits, Spirits board). Be careful!

Now it’s up to you to tell us yours: did you need the mini-guide? Let us know below, and as always don’t forget to stay on TechGameWorld.com for all the most important news for gamers and more. For your purely gaming needs, you can instead find the best discounts in digital format on Instant Gaming.