Hood: Outlaws and Legends, Sumo Digital’s PvPvE, is finally available in multiplatform and today we want to tell you about it in our review

The game is a PvPvE set in Britain and in the context of Robin Hood, the most famous archer thief ever. The subject of numerous adaptations over the years, Robin Hood has always been a fascinating name with easy exploitation. The latest videogame reinterpretation of the character is Hood: Outlaws & Legends, available now on PC and PlayStation 5, which we want to talk about today in our review.

Let’s start by specifying that Hood: Outlaws & Legends is a title that lives on online. As mentioned, the game is pure PvPvE based on the character of Robin Hood and the various followers that orbit around him. The game is, as you can guess, in stealing rich booty from under the noses of guards armed to the teeth. Here, the greatest threat is the fearsome Sheriff, a sort of invincible boss ready to kill us with no ifs and buts. In addition to the guards (controlled by the CPU) we will also find ourselves challenging an opposing team that will have the same goal as ours. Players have four classes to choose from: ranged dps (Robin, to be precise), assassin, tank and support.

Hood’s structure is presented to us in a first game tutorial, which sees us immediately engaged in a theft against the crown in the only available mode: Robbery. In this tutorial we address the three steps that make up each match:

The fundamental dynamic of the game is that of stealth, and after a while you realize that the modes set by Sumo Digital take full advantage of Assassin’s Creed online multiplayer. Between diversions, stealth killers and duels to the death, let’s get ready to explore together Hood: Outlaws and Legends in this review.

Matter of Honor – Hood Review: Outlaws and Legends, stealing from the rich to give to the poor

Although the tutorial shows us the “simplicity” of robbing an armored government and armed to the teeth, from the very first online PvPvE games you realize how complex and ruthless Hood is. As already mentioned the stealth component is the foundation of the game, and keeping a low profile is literally the golden rule. Triggering the alarms creates enormous problems and greatly benefits the opponents, as well as signaling our presence to everyone. Consequently, if discovered, we find ourselves hunted by the crown guards and our adversaries (humans), ready to catch the ball.

In Hood we have four classes available: dps ranged, assassino, tank e support, each with its own characteristics. Some of these use bow and crossbow to place arrows and darts straight between the eyes of the enemies, others that use a little less orthodox methods. If the sector that includes stealth, diversions and skills works well, however, the one that includes hand-to-hand combat leaves something to be desired, also due to the large number of bugs that the game (still) suffers from. It is not uncommon to see bodies flying away from blows, or being hit by opponents through buildings and constructions.

The dress does not make the thief – Hood Review: Outlaws and Legends, stealing from the rich to give to the poor

One of the fundamental points of the gameplay of Hood: Outlaws & Legends lies in the subdivision into only four classes of the characters, both for good and for bad. If in this way you can find numerous possibility of customization (perks, special skills, costumes and much more), we inevitably find ourselves tied to an obligatory standard composition of the team. The thief and the assassin, who attack from medium and long range, are ineffective in clashes with larger opponents. Having gaps in face-to-face combat, therefore, will be better suited to silently assassinate their victims or sneak between enemy lines to steal loot. To compensate for this lack of muscles, the other two characters will intervene and, inevitably, we will find ourselves in the team.

This means that the teams will be composed (mandatory) always by the same four characters, one for each role. Consequently, it is impossible to find a team of only thieves or only tanks, they lead the game to become a photocopy sequence of matches. 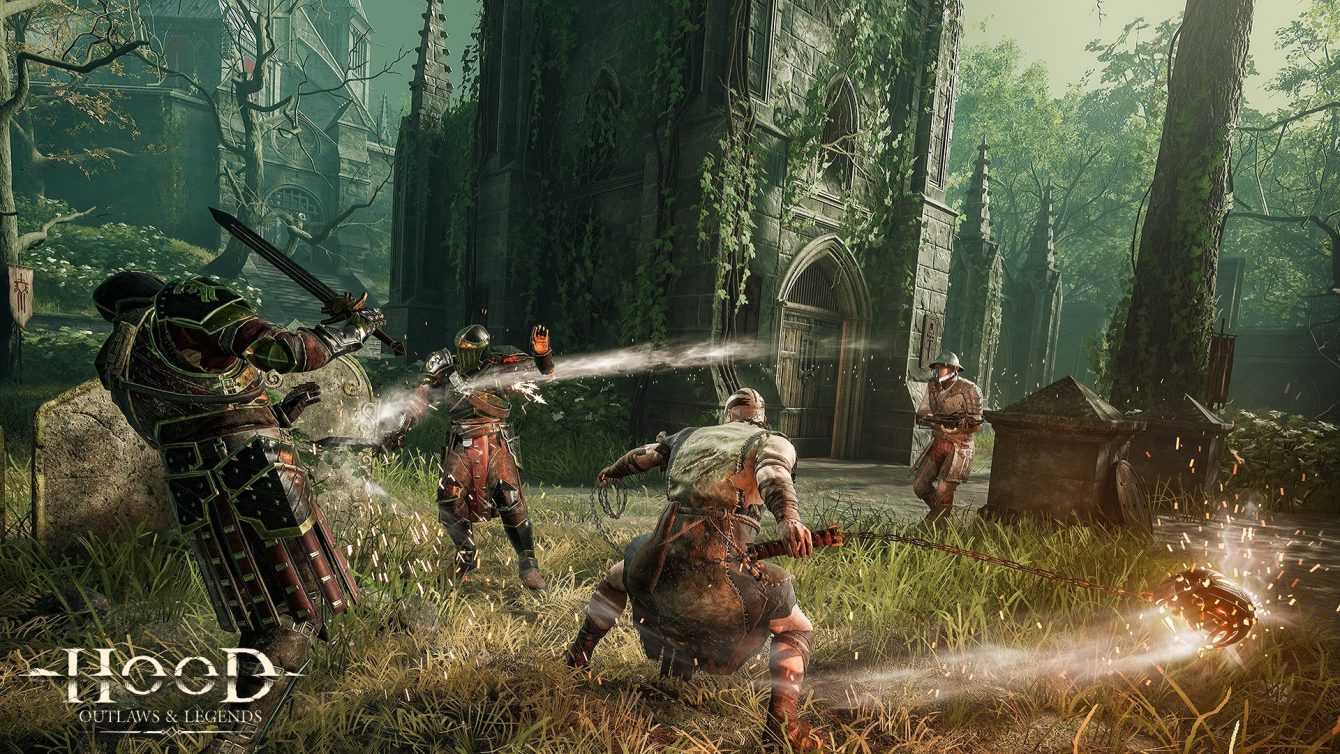 Art and Technique – Hood Review: Outlaws and Legends, stealing from the rich to give to the poor

Technically Hood proves himself really a great game. The character models are really well done and the many customization possibilities (aesthetics) always make them interesting. In all, five maps are currently available in the game, where nature and the hand of man coexist well, creating a good variety in the environments (albeit small). The graphic impact of the britannia of 1200 it is remarkable, and we must congratulate Sumo Digital for the deep attention to detail. If even the graphic effects convince, the animations are a bit woody and unnatural, but nothing prejudicial for the purposes of experience.

Even the sound design, a fundamental sector of a game so focused on stealth action, fully convinces. The sounds are well defined and, thanks to the PlayStation 5’s 3D audio, localized ad-hoc, giving players a good immersion. 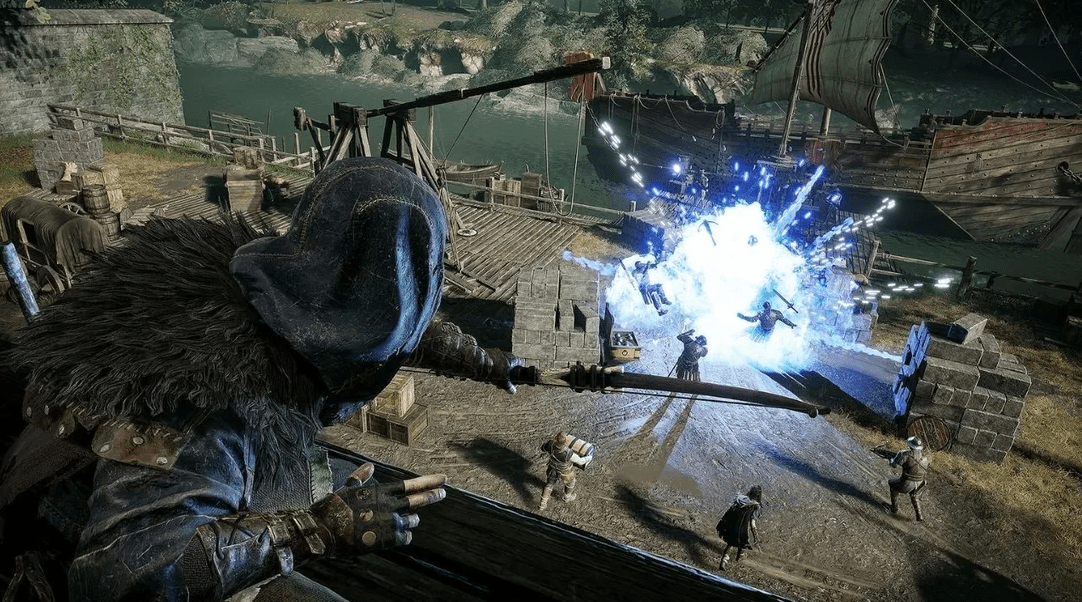 The crux of the matter – Hood Review: Outlaws and Legends, stealing from the rich to give to the poor

While Hood: Outlaws and Legends turns out to be an extremely fun game (especially for playing with friends), there are some basic issues that don’t allow it to take the leap. The first resides in the subdivision of the game a phases. Too often it happens that after fighting for minutes and completing the tasks necessary to win the game, in the “opening” phase of the chest, you are killed and inexorably losing the game. This imbalance in phase management makes the game a gold rush where the one who mockingly waits on the sidelines wins.

Staying on the subject of imbalance, even the characters should be fixed. To date, the killer and support they are much stronger than the other two companions, both in terms of damage and as a utility. There’s not much to say here: the former can do one-shot with a single well-aimed arrow, while the latter features a melee attack that kills with two hits. Definitely to be fixed.

As always, at the end of our review, we’re ready to take stock of Hood: Outlaws and Legends. The game it’s a good title centered on the legend of Robin Hood, probably the best. The game entertains and entertains properly, especially in parties with friends (up to 4 players). Artistically and technically, the Sumo Digital title fully convinces, thanks to a superb texture development and a excellent exploitation of RTX. But, as usual, not all that glitters is gold. The game is still suffering from numerosi bug, the classes are too unbalanced and the frustration of losing every game in the last 5 minutes, having dominated for all the previous stages, is heavy. However, we are looking forward to prompt intervention by the developers to fix these small problems and put Hood: Outlaws and Legends in a better light.

Hood: Outlaws and Legends is available now for PlayStation 4, Xbox One, PlayStation 5, Xbox Series X/S e Microsoft Window al prezzo di 29,99€. As always we hope to have entertained you in this review and we invite you to stay connected on TechGameWorld.com for more reviews, guides and much more from the world of video games. Also, don’t forget to check out the Instant Gaming catalog for always discounted games. Ciao!