The last online tournament before Sora arrives in Super Smash Bros. Ultimate is based on explosive tools: let’s take the opportunity to talk about it

The last obstacle with which to wait for Sora’s arrival is a online tournament which emphasizes how much the situation in Super Smash Bros. Ultimate is about to become explosive. After promoting Metroid Dread with a thematic skimming in the Spirit Board, this time the “Playing with fire”Will focus on explosive tools. The competition is distinguished from “Eye that explodes!” as this time we will not focus on the characters with bombs, but on those that we will find in the field for the duration of the clashes. You already know what it means: ours guide earn an extra supplement!

Why know the bombs

Improvising yourself as expert blasters will not only serve you in this online tournament, but in all the games with tools you will play in Super Smash Bros. Ultimate. As the in-game event “Explosive Party” in Melee on Nintendo GameCube reminds us, in fact, the explosions boast the distinction of cause the most violent damage in every chapter of Smash. In fact, there is talk not only of an increase in the dammeter, but also of a high throwing power. The bombs don’t give you much time to react, and it’s good to know them all before joining the fray. Here are the bombs in question. 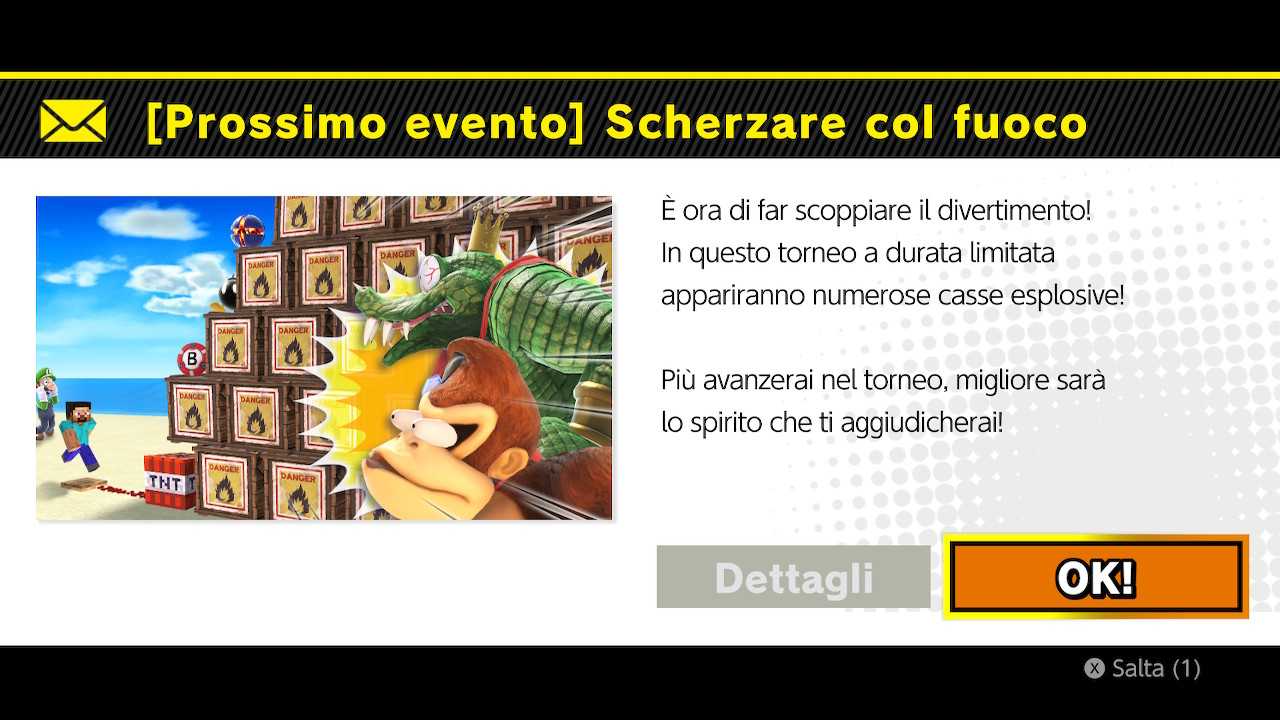 Keep in mind what we just told you: in the Super Smash Bros. Ultimate online tournament, in reality, only one of these tools will appear. Contrary to what the image used to promote the event suggests, in fact, they will only appear in the tournament Sfera Smash e Explosive chest. The dances will open the day after tomorrow, Friday 15 October, at eight in the morning. Everything will then end at the same time on Monday 18th rules they include two and a half minute timed melees, with the Final Smash Bar active and tools present in abundance. 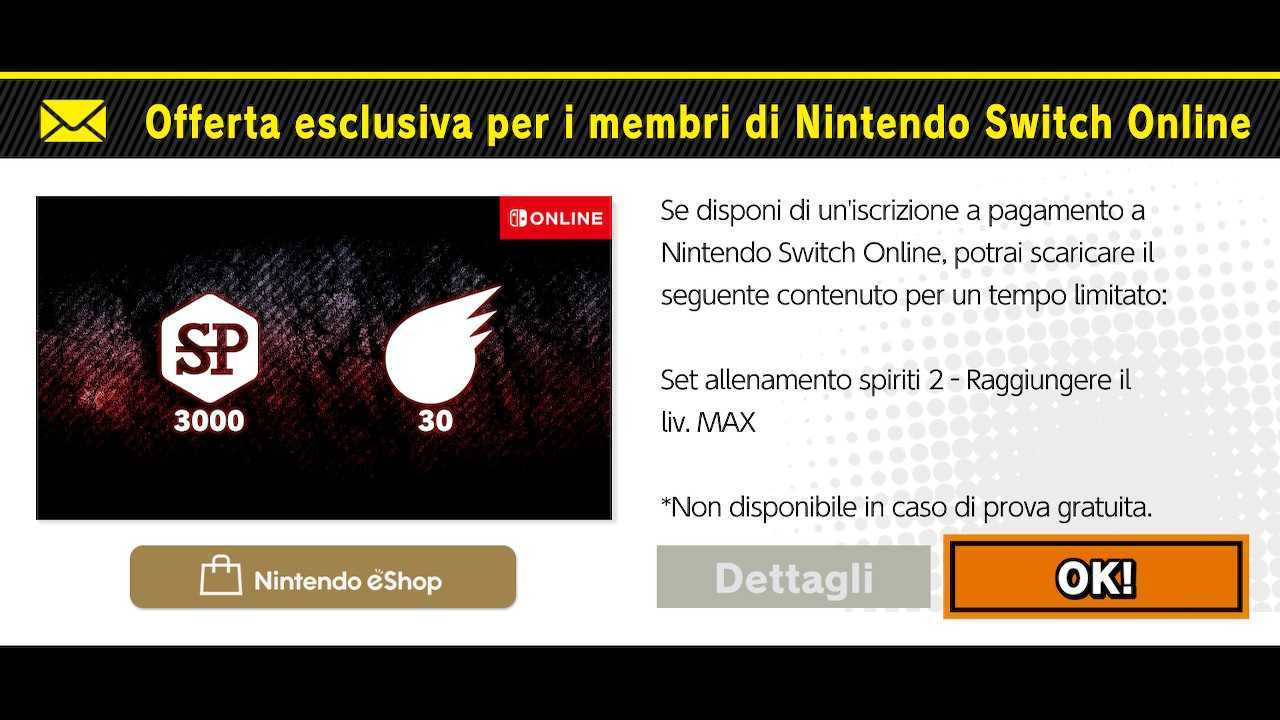 Yes, we will close the news with a “last gem” in the style of Nintendo Direct. If you are registered on Nintendo Switch Online (and… you should, if you want to participate in the tournament…), in fact, you will be entitled to the content package which you can see in the in-game notification we included above. It is about three thousand spirit points and of 30 snacks of category L (ie “Large”). You can use them for boost up the Spirits in your possession. If you want to know more, we refer you to the guide on this subject that we have included talking about the weekend event entitled “Rhythm”.

Now it’s up to you to tell us yours: what do you think of this event? Did the guide help you? Let us know below, and as always don’t forget to stay on TechGameWorld.com for all the most important news for gamers and more. For your purely gaming needs, you can instead find the best discounts in digital format on Instant Gaming.