Don’t get caught up in skeletonite: the next Super Smash Bros. Ultimate weekend event, tough to the bone, has been announced

Beyond these Legends, the Super Smash Bros. Ultimate weekend event will resurrect bony spirits from its graveyard even at random times. There ready, in addition to the bodies just mentioned, will also include Bomber, Zoda, Thanatos, Captain Molasses, Skull Man, the Demon, Risky Boots, Kip, Boblin, Malannetto, Cubone and The Skull. The lack of unpublished content also implies that the duration will be what it is: the event will start the day after tomorrow morning, at eight o’clock Friday 23 July, and it will end at the same time as Monday the 26th. We cut it short just to let go of a pinch of speculation on the final. Go ahead and skip any guesswork if you like. 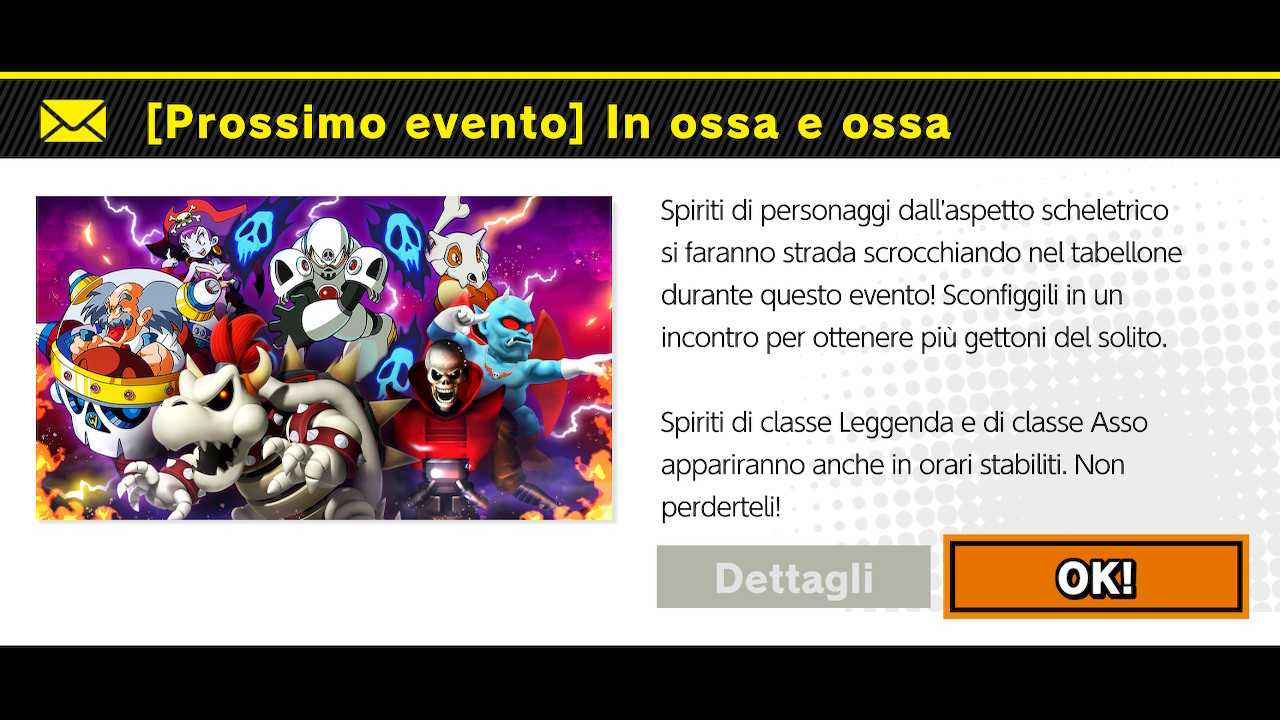 We don’t usually do this, but it’s good to start trying to find a pattern now that we know that after Kazuya there is only one empty seat left. Usually, with exceptions such as Min Min, the presence of Spirits (especially if introduced with timed events, like that of Resident Evil) tends to “deconfirm” the presence of a character as a fighter. Similarly, a skimming like this would have been more suitable for Halloween; we don’t want to jump to conclusions, but if these events fail after the last character, we wouldn’t be exactly surprised. As for guides, then, see you with the seventeenth part in autumn!