Just a few days ago Suzuki had published teaser of the new crossover that was about to launch in Europe. The image shows one of the headlights of what would have been the new generation of the S-Cross Hybrid, anticipating a completely new design featuring LED technology. Now all these advances have become reality with the official launch of the new Suzuki S-Cross, which adds the words “Hybrid” to sculpt on the rock what kind of power it has, if anything, anyone had any doubts.

The images released by Suzuki reveal a much more captivating aesthetic than that of the current Suzuki S-Cross. It should be remembered that this model was updated in 2019 with the incorporation of a light hybridization system, as well as two years ago with a necessary restyling, although it should be clarified that this generation dates back to 2013. Therefore, the Japanese brand was almost forced to enhance this model by proposing a completely new generation.

Suzuki S-Cross Hybrid, design in step with the times but the engine does not change

The new S-Cross Hybrid departs quite a bit, in terms of design, of the model currently on the market, incorporating a style with more marked lines. At the front, the LED headlights are inspired by the XL6 destined for India, while the Grill has been enlarged and extends further down into the bumper. In addition, there is a skid plate and a plastic cover that anticipate the “adventurous” nature of the car. The upward line of the window in the profile is evolutionary in design, but it is the generous square wheel arches and the large rear lights communicating that make it clear that it is a new generation.

As for the interior, Suzuki sought to design a cabin that offered a feeling of space and comfort. This made it possible with wider front windows and a panoramic sunroof. Designed for five occupants, the cabin features a bold, modern design, with ergonomic leather seats, a large three-dimensional instrument panel, plus a 9 inch touch screen which offers connectivity for the smartphone. The Japanese brand emphasizes that the backrest of the rear seats can be adjusted and that the trunk offers 430 liters of capacity. 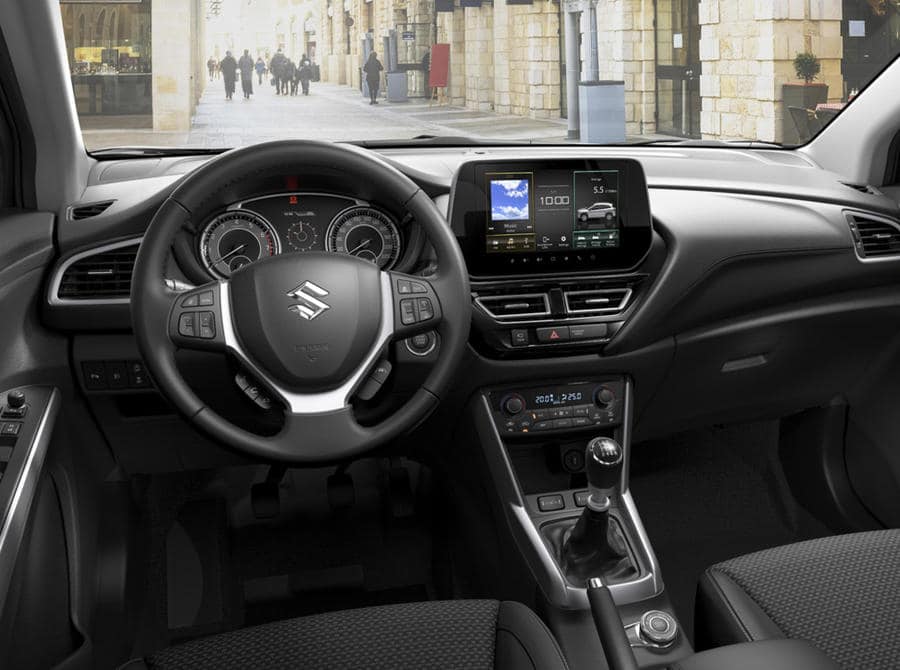 Nothing new for the mechanical part: the new S-Cross is accompanied by the same 1.4-liter four-cylinder turbo engine that was mounted on the previous model. It is a Boosterjet which relies on a 48-volt hybridization to develop 129 horsepower and a maximum torque of 235 Nm, associated with a manual or automatic six-speed gearbox that sends all the energy to the four wheels thanks to the sistema AllGrip Select at Suzuki.

This system provides the driver with a total of four different driving modes, namely Auto, Sport, Snow e Low. Electronically controlled all-wheel drive has the power to adjust the amount of torque to the rear wheels and uses stability control, engine power, steering and other onboard systems to execute the aforementioned driving programs. 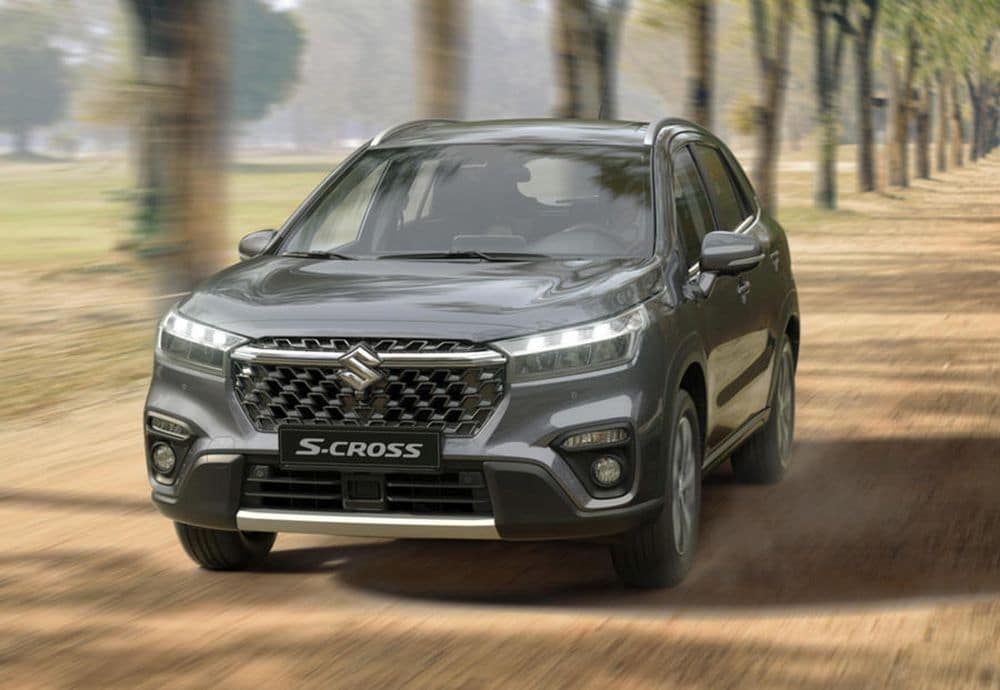 Last but not least, it should be noted that the new generation of Suzuki S-Cross Hybrid has a series of assistants and driving aids that are part of the so-called Suzuki Safety Support. This is the Dual Sensor Brake Support (DSBS), which is able to automatically brake the vehicle in case of detection of a possible frontal collision. Add to this the adaptive cruise control with Stop & Go, the 360-degree camera, the lane departure warning, the vertical sign reader. There is also the detection of blind spots, even when reversing and assistance for uphill starts.

The new generation of S-Cross will be produced by Magyar Suzuki in Hungary and will be available in Europe at the end of the year in progress. I am 8 the expected colors: the new Oslo Gray, Dubai Black, Grand Canyon Orange, Arctic White, Seville Red, Capri Blue and New York Silver. They are flanked by Santorini White, with a pastel finish.

As with all the recent launches of Suzuki models in Italy, the story of the new S-Cross Hybrid is also born on the web. From today, on Suzuki Italia’s e-commerce platform, Suzuki Smart Buy, customers will buy in preview new S-Cross Hybrid in the configuration 1.4 Starview AT 4WD ALLGRIP with everything as standard
a 30.690 euro.