After two months of waiting after the postponement, it has finally arrived. Let’s find out together in this review: Sword of the Necromancer

The game was supposed to be released last November, however it was postponed for not having to compete with the triple A’s coming out at that time. We are talking about the latest effort of Grimoire of Games, Sword of the Necromancer. The game is available for all platforms and their next gen counterparts. You can play it on PS4, PS5, Nintendo Switch, PC, Xbox One e Xbox Series X/S. Even if they are not there substantial differences between one version and another, in this review by Sword of the Necromancer we are going to analyze the game in its edition for PS4.

The sword of rebirth

Our adventure begins in medias res, introducing us immediately, after a short introduction movie, into the gameplay. Our protagonist That’s right has the task, thanks to the power of the necromancer’s sword, to bring his traveling companion and priestess back to life Size, lying reclining inside what looks like a sanctuary. Here, in fact, we are introduced to the reasons that will push our character to to explore in depth the areas that make up the dungeon where the action takes place.

The story tells of two girls, a thief named Tama and one priestess named Koko. Tama was commissioned by Koko to escort her along his wanderings and his escape from his home family due to the theft of a precious heirloom. Let’s start by saying that the incipit and the narrative value of the game is heavily subordinated to gameplay, and more than the events themselves the more interesting the way in which these are narrated.

The game alternate therefore, stages of gameplay, to screenshots in stile light novel during which we see how the relationship between the protagonists and how to get to the end. In fact, everything is told through a sort of alternate mounting in which we gradually discover how Koko has remained killed. These sections turn out particularly tedious, as it comes to to read and keep going text sequences, made without no peak of creativity, with flat backgrounds and line art illustrations anonymous.

However, within the game it is fair to mention the presence of some as well anime style movies that, in this context, sweeten experience. The latter are in fact well made, with drawings and animations at least convincing. The in-game graphics, on the other hand, are made by one pixel art doing his duty. But let’s move on to the main dish, the gameplay. 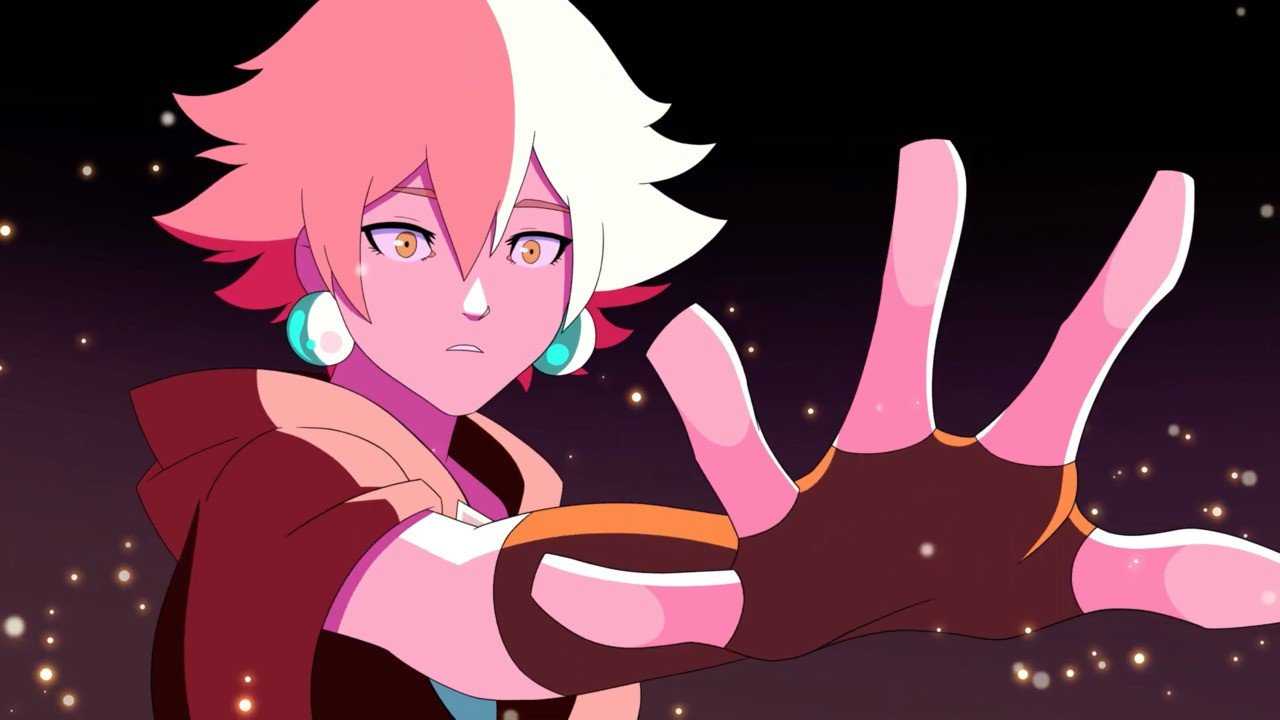 The game looks like a action gdr with roguelike elements. The structure of the game world is that of a dungeon crawler, and, as already stated, the narrative is in this case a pretext for the gameplay. The concept is a lot straightforward and simple: the player will have to work his way through the various levels that make up the vast setting and the transition between a level and the other is guaranteed by the recovery of a key which allows entry into the stanza of the classic boss end of level. Let’s say right away that Sword of the Necormancer it is not a title for everyone. In fact the experience could turn out often frustrating if you are not used to the genre and ecosystem of titles that this genre has given birth to.

In Sword of Necromancer, every time we are reborn, the loot, the quantity and the type of enemies and the very structure of the dungeons change randomicamente. This RNG aspect is somehow weakening the skill reached by the player once the timing of the attacks and once recognized i moveset of enemies. Despite this, the game has a duration very low and you can complete it in a few hours. 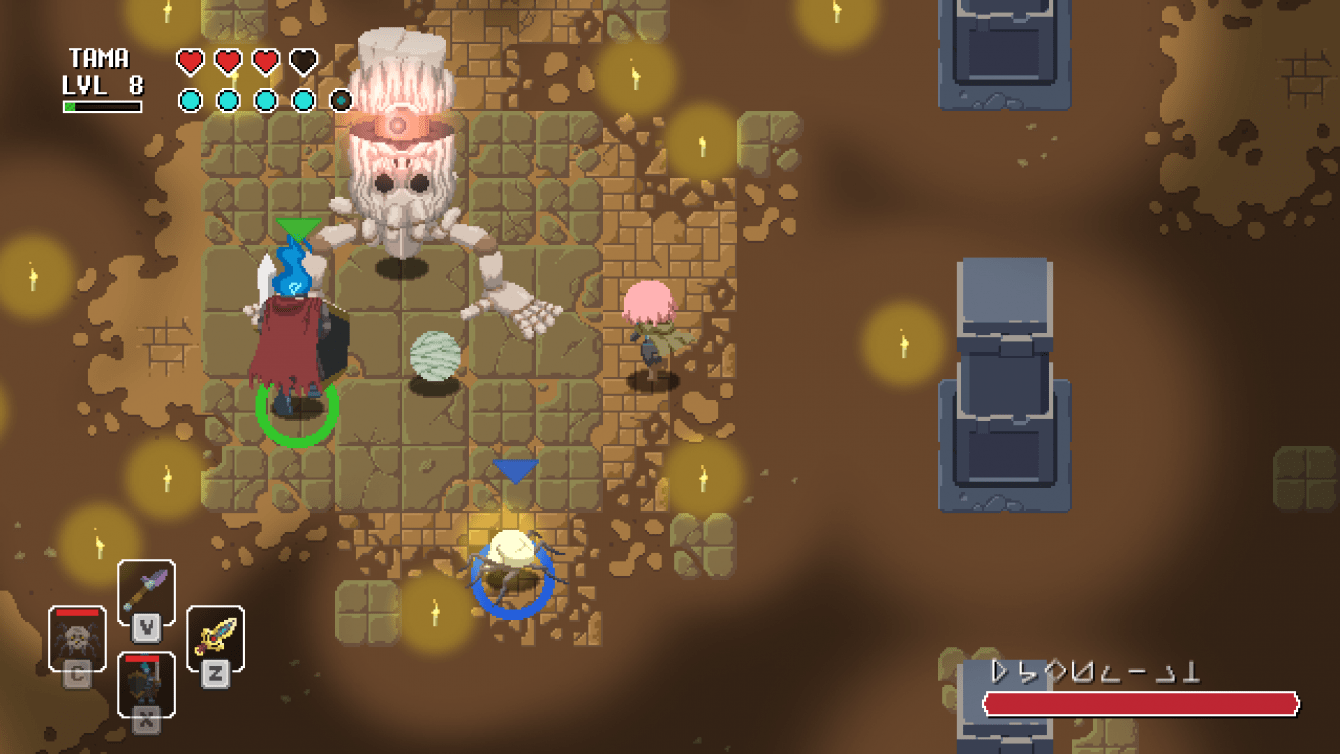 In the game we will be able to use several types of weapons with different features, from the classic sword simple, ad alabarde which extend the attack range, up to arches and arrows. In addition to these we could use magic, healing potions, and even items that bestow passive ability. In the course of the game we will also be able to boost up our favorite weapons. However, in-game combat doesn’t come down to that.

The element of Announcements compared to other games is represented by the power to resurrect defeated enemies and use them as allies in combat. Among slimes, bats, knights in shining armor and demonic wizards, we can call for help anyone we wish, as long as we defeated him first. The latter mechanic is certainly appreciated, but considering that the monsters captured will come treated as items, in the course of the game will often be limited by having solo 4 slot to fill. In fact we will be able to choose where to allocate ours equipment inside the slots. This will lead us to do economy on resurrecting a left and right and samples.

A particular discussion deserve i boss. As mentioned, at the end of each level, once you have found and recovered the key, you can access the stanza of bosses. Arrived in these areas a little larger, battles await us difficult. In fact, we will have to hurry to memorize the attack pattern, always different, of the various bosses. These show themselves challenging from the beginning and with attacks always unpredictable. Difficulty therefore, not only for the types of attacks, but also for their particular resistance, given the high number of hp. Overall, the combat mechanics are varied and satisfying, given above all by the fact that the core gameplay of the game is based on them. 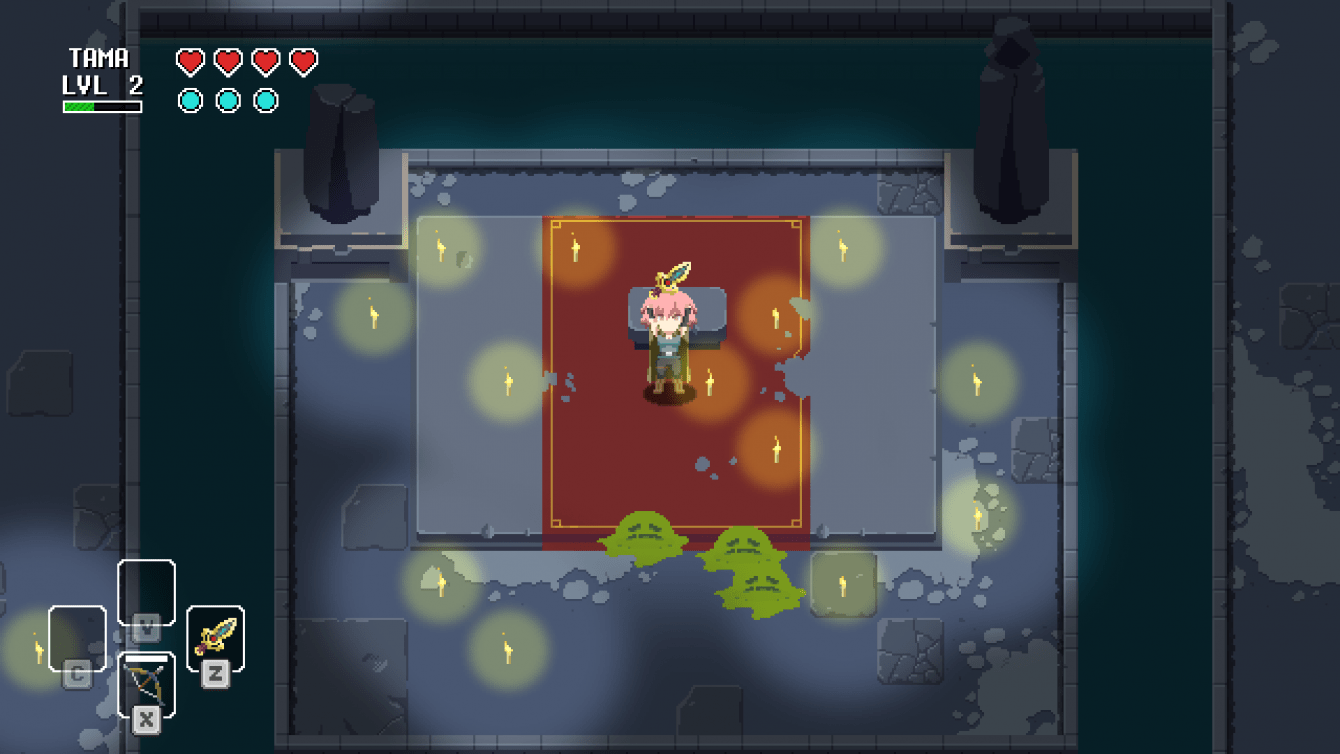 Finally, if the title has gods you deserve, the latter must be sought in the action aspect. To discover all the weapons e i monsters present in the game (including bosses) along with the desire to know as our adventure companion is dead, are the only reasons behind the desire to play Sword of the Necromancer. In the first place because, although the plot is satisfactory in its double register pace, the narrative, in general, it is not ad to entertain and put suspense in the player, as it is quite trivial, with i classic topos of fantasy that now abound in any production of this type.

Furthermore, the gameplay, by itself, is unable to entice the player to continue, either for l’RNG that especially for the flatness and the banality of dungeons. The game environments are all equal e repetitive, as well as monsters, without a particular characterization. And here we are fine, this was our review of Sword of the Necromancer.

Let us know what you think about it comments. To stay updated on the latest Announcements follow the pages by TechGameWorld.com.

Good intentions but nothing more