We previewed Vigor, the Nintendo Switch version of the new Bohemia Interactive game. Let’s find out if it holds up well on this console

Being able to play a new title born from the developers who have contributed to the evolution of an entire videogame genre, is something unique and interesting. Let’s talk about Bohemia Interactive Studio which hosted the famous in Arma 2 Dayz mod by Dean Hall and subsequently created Dayz Standalone. Version that despite the many development problems, managed to inspire and evolve the entire survival genre until the birth of modern Battle Royale. Today, however, we talk about the preview of Vigor, the latest creature from Bohemia to make the leap from Xbox One to Nintendo Switch.

The genere survival initially it focused on exploring huge maps, hunger simulation, and deliberately anti-intuitive controls to push for realism. All accompanied by uncertainty towards the next where every encounter could be the birth of a friendship or a fight to the death.

Hence the concept of Battle Royale, a son who has taken all the characteristics of the violent gene. In the excellent Call of Duty: Warzone, for example, if you want to communicate with other players you can only do it with shots or teabagging shots. Bohemia Interactive with Vigor tries instead to make one battle royale free to play looking more to the social and less violent side, but as we will see in this preview, without forgetting the dangers of the unknown. 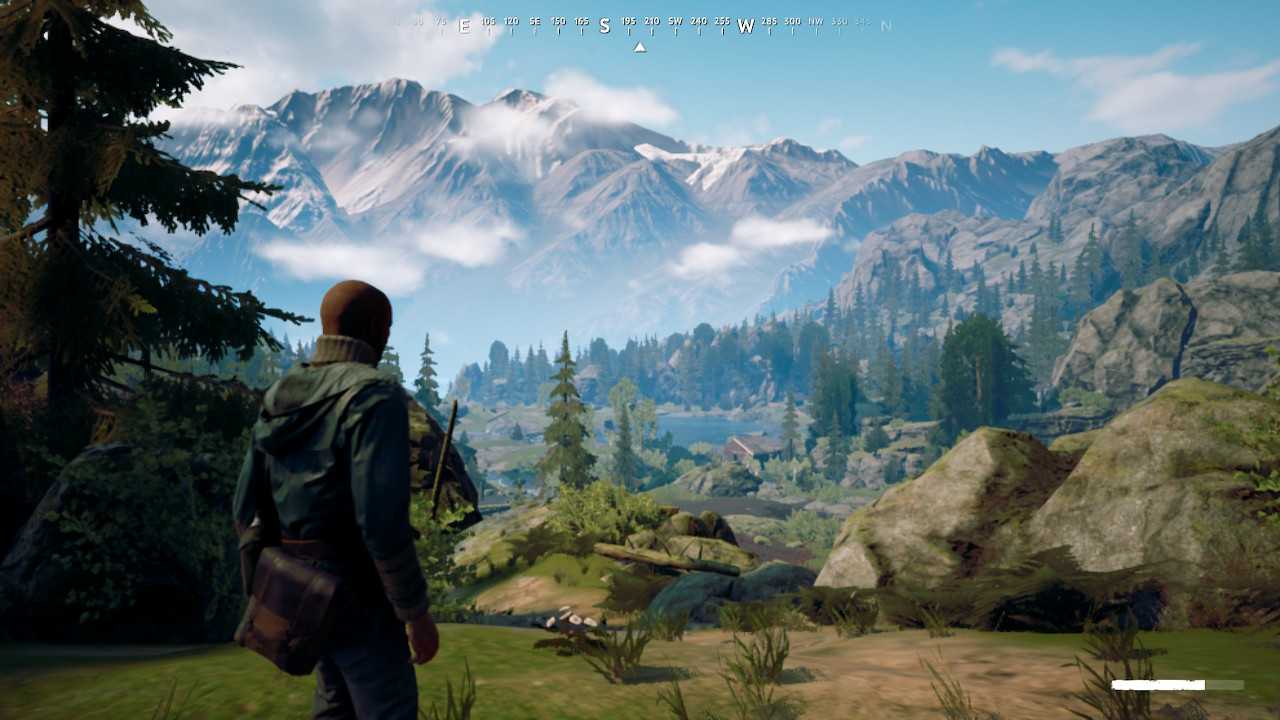 Vigor takes place in 1991 in a world battered by a nuclear war, everyone has now taken refuge in Norway, the last bastion of survival for most of humanity. Civilians, soldiers and our character have decided to start a new life starting alone by building or living in abandoned shelters. Our life is now marked by the need to find resources to improve the home, exploring the outside world and trying to come back alive.

This is all the game has to offer as a narrative, leaving the player the freedom to create their own story thanks to the gameplay. However, we know that this element is often secondary to the genre if online, so let’s see what it has to tell us from the practical aspect. 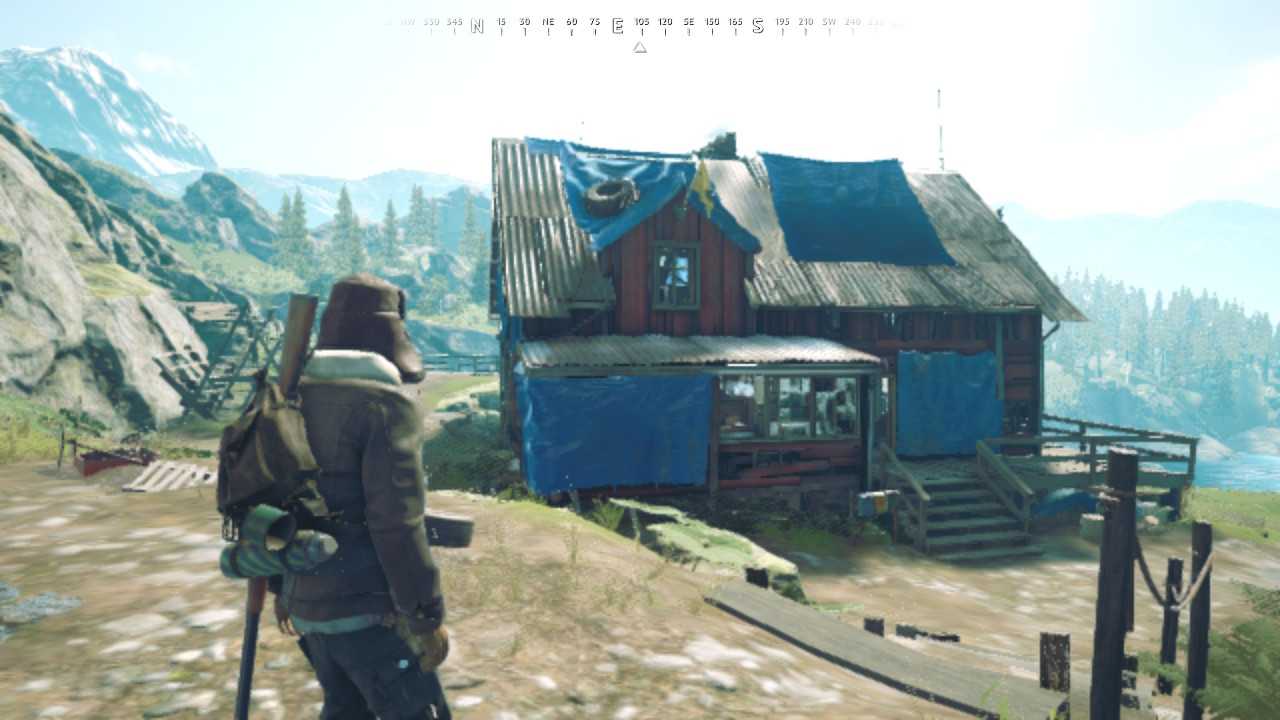 At the base of Vigor there is a battle royale in third person quite traditional that tries to do things a little differently. A lot of Dayz is in this title and this is clearly seen in the semi-realistic style of the use of weapons and controls. We start the game by being able to choose the aesthetics of the character from some pre-configured options, all things that we can freely change later at no cost. After a very short semi-narrative introduction accompanied by a female voice, we arrive at our refuge.

The dilapidated house is equivalent to our headquarters and is located in the middle of a small, freely navigable map. Inside there are various free spaces, ready to host our future improvements. In this regard, it is necessary to immediately clarify the routine di gameplay in Vigor: Check and craft equipment, collect resources by exploring the outside world (the real battle royale) and return home to improve the base camp. After preparing the inventory with the weapons and tools we can leave for the outer regions. 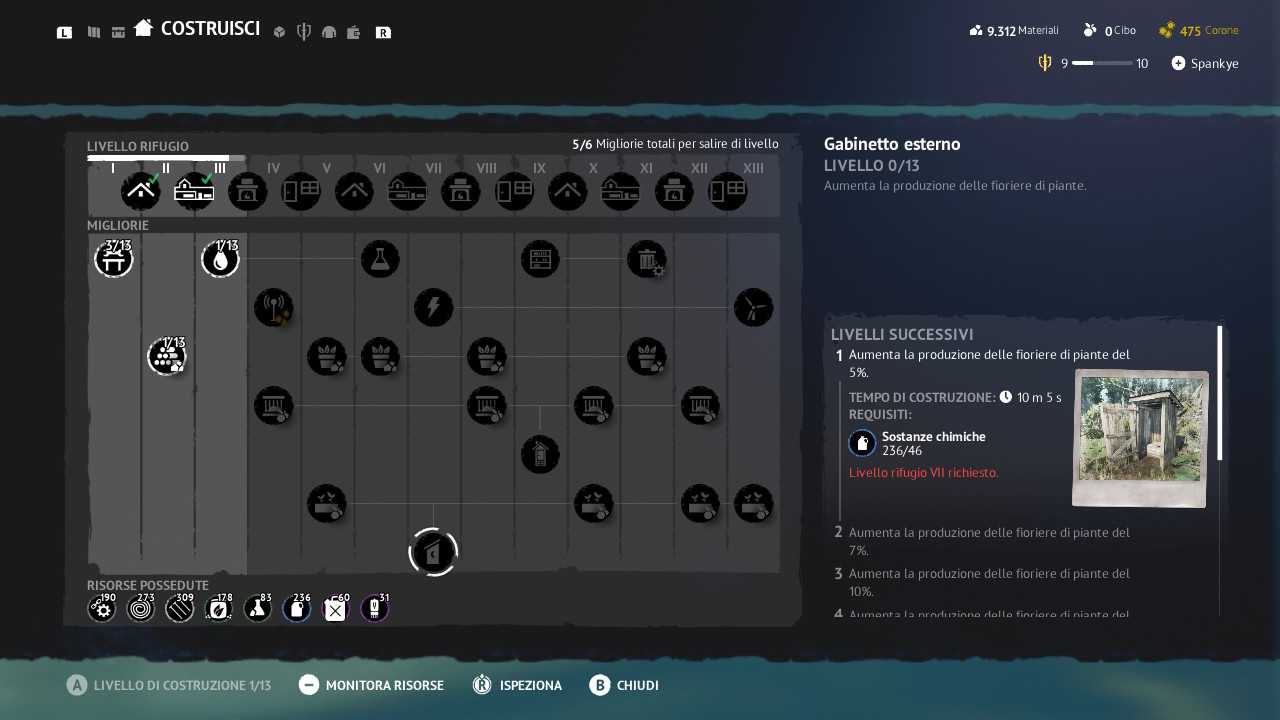 Since this is a beta it is not possible to choose a precise destination, but we are forced to use quick matchmaking which will automatically search for better maps and players. There are 7 places where we can happen, each characterized by different environments that can change further due to the weathering and height of the sun.

When the game starts we will be against others 8-12 players in a map with not exaggerated dimensions, but sufficient to favor a good balance between breath and tension. Our hunt for all kinds of resources starts, filling our inventory as much as possible. This however is an unusual battle royale and there the option to escape from the map is offered at any time, reaching the collection points and taking the accumulated loot with us.

Excellent system if we just want to accumulate resources without the risk of dying and losing the progress made in the game. However, as in any battle royale, the free ride ends until you meet other players, and this is where Vigor’s mechanics begin to mesh. With the risk of losing everything, you live in fear of your neighbor: do I eliminate him in order to obtain his resources? do I try to use emote in an attempt to persuade him? Or do I run away? 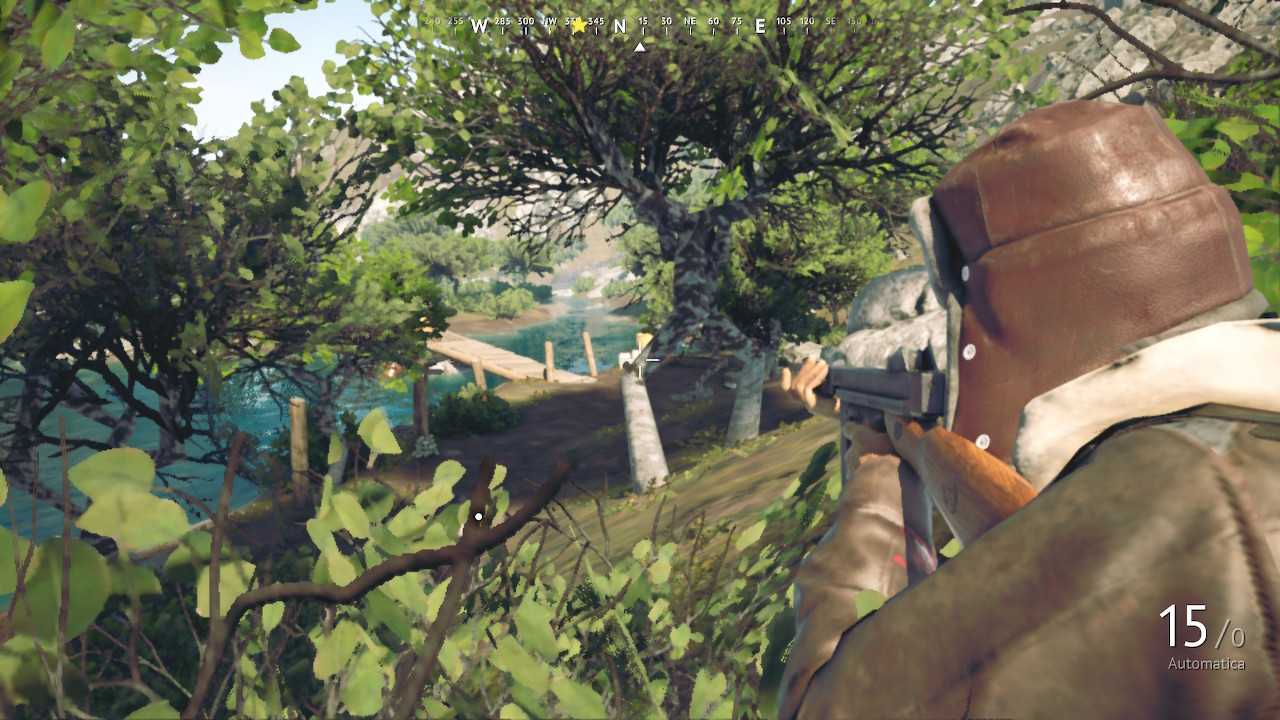 Never Trust Anyone, Or Not – Vigor Nintendo Switch Preview

All viable ways and not without logic, but continuing to play until the end has the advantage of being able to fight for the aerial refueling. If we get it, we will have to escape to the nearest collection point while all players will be able to locate us on the map. In case of victory we will have obtained a loot box containing rare weapons and useful resources.

However, as absurd as it may seem to us, it actually happened to make friends with unknown players, managing to continue our research in company and with greater safety. However, honestly speaking, these situations are very rare and difficult to manage, but not impossible. The mode two-player co-op adds pepper as there is the friendly fire. In this case you cannot loot your pockets, but maybe one of the two will have obtained the loot of a certain firefight just won in the team.

It is something that can be very frustrating, but always within the philosophy of the “never trust anyone” game. However, we consider a serious disadvantage the absence of voice chat proximity, which could greatly help in communication between players. Let’s now talk about the most delicate topics in this preview of Vigor: crafting and microtransactions. 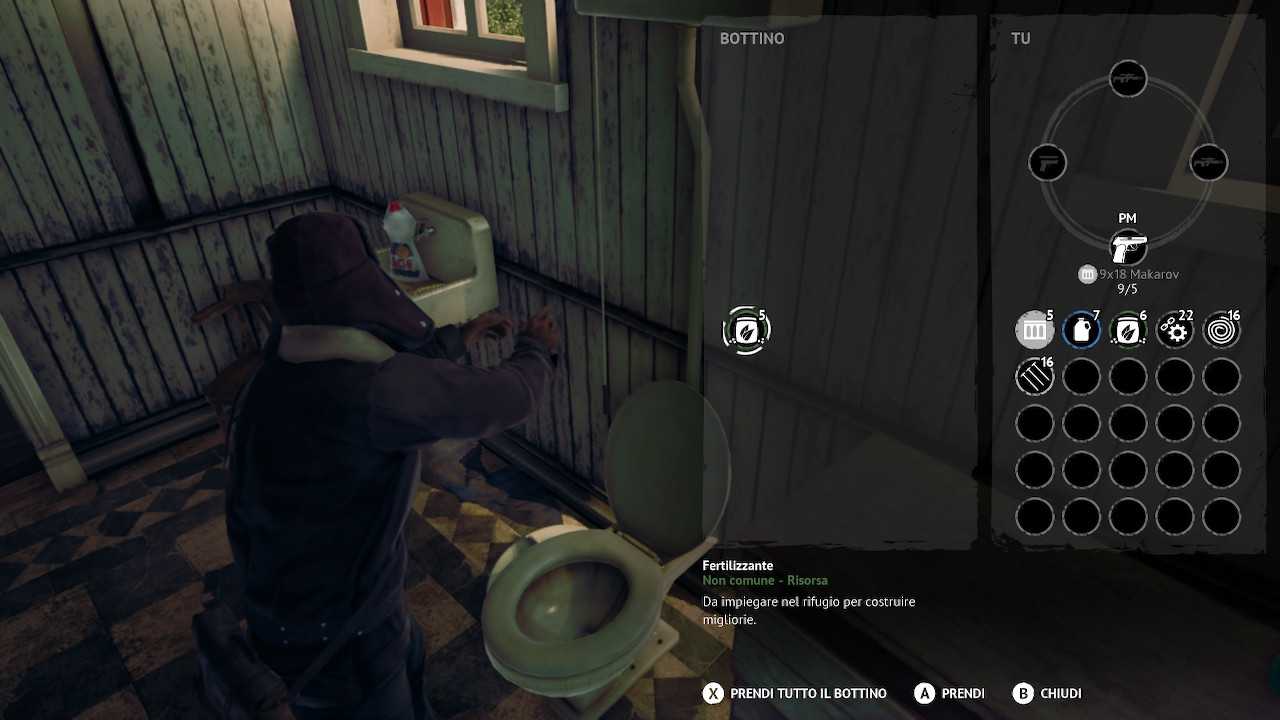 As previously indicated after the search you always return to the shelter to implement the improvements. We can unlock new ones recipes for weapons, expansions that provide us with material every hour, a generator to increase simultaneous upgrades and much more. Little by little, the aesthetics of the refuge will also benefit, but each improvement takes time to complete, from a few seconds up to 1 hour. It is a component that we may not like, however we can always play to consume the minutes. Maybe we come from Animal Crossing where each construction takes up to 24-48 hours, so it doesn’t weigh too much on us.

Upgrading the shelter is primarily for leveling up and unlocking more powerful weapon recipes. Before going to the outer lands we must in fact prepare the inventory with every need, we can decide whether to face the battle armed to the teeth, or even a mani nude. It all depends on whether we want to keep a low profile or if we are willing to lose a precious weapon and risk dying in the recovery of the final loot. If you like danger, you will certainly spend a lot of time in front of the workbench building weapons. But there is one thing that will help all players: he battle pass. 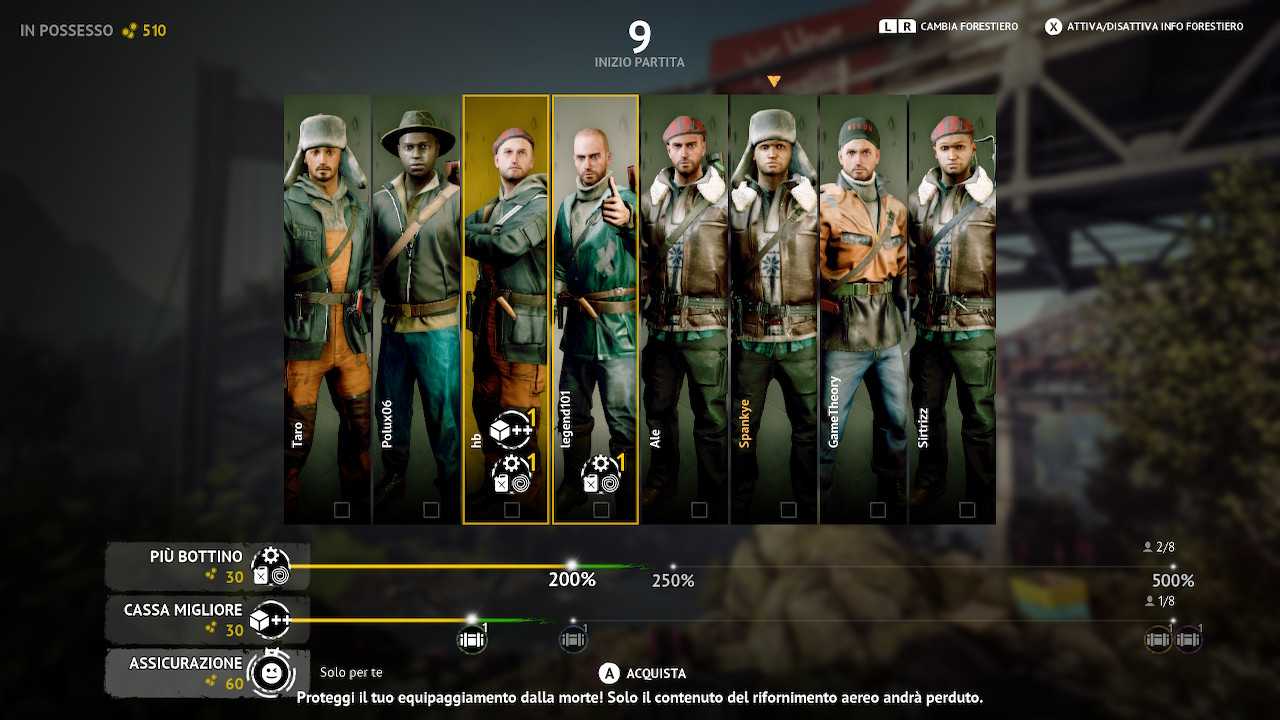 Being Vigor an online game we find a battle pass e shop as monetization systems. Starting from the free version of the battle pass we can gradually obtain excellent aids: game currency, weapons and loot boxes. The latter can be opened for free to obtain weapon recipes, resources and other crowns. The premium version for the price of 900 crowns (about € 20.00) on the other hand it is dedicated to skins and experience boosts, with the added advantage of being able to certainly get some weapon recipes. Moving on to the shop we will be able to buy only some skins and game coins with real money.

Furthermore, the crowns have another very interesting use. In fact, before each battle royale, a screen appears in which each player can spend game coins to increase the resources offered by the map and improve the prize of the final loot. Thus going to benefit every player of the game, including those who have never spent money on the title. All in all Vigor seems to treat “freemium” players in a more than dignified way, offering everyone the opportunity to improve.

We have now come to the sore point of this preview of Vigor on Nintendo Switch, which is the disastrous technical component. If we were pleasantly surprised by the design and richness of the environments, this cannot be said for the resolution and texture. Although the title manages to go for a satisfying 30fps most of the time, it does so by completely breaking down the graphics resolution. Most of the time we are faced with extremely dull environments and devoid of definition, making it very difficult to spot enemies. Despite everything, being a beta, these elements certainly are subject to future changes. 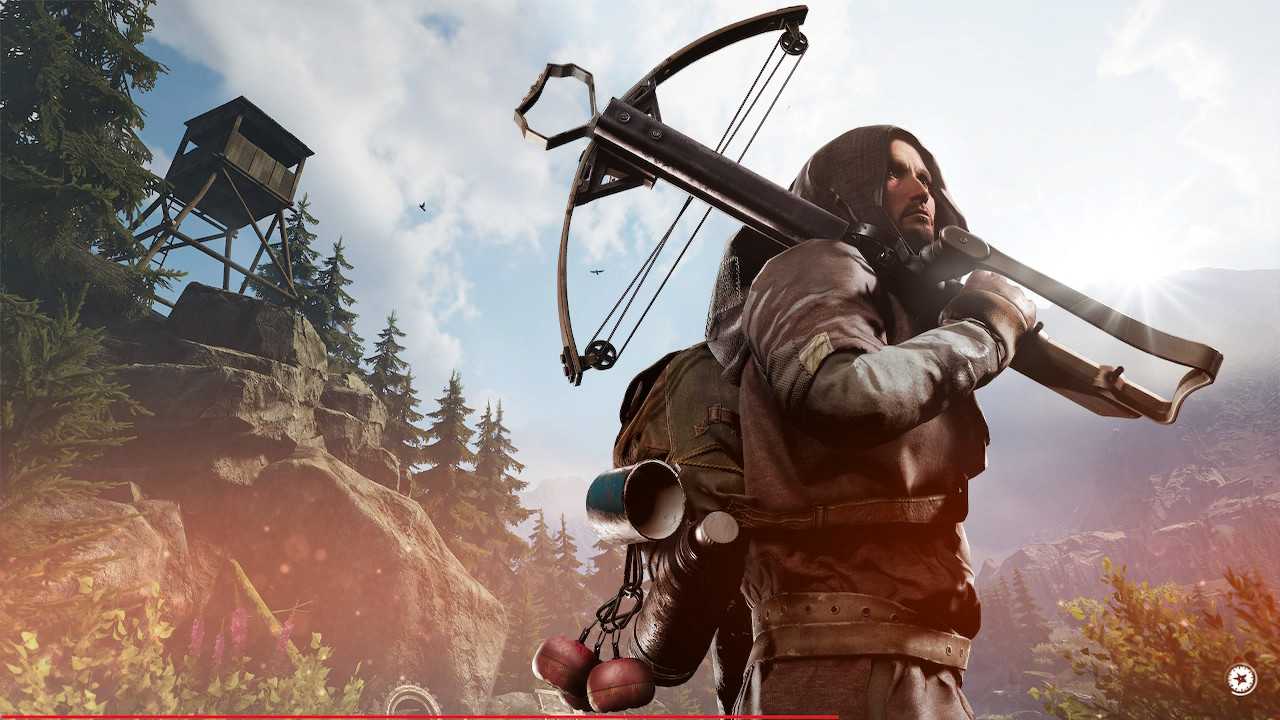 Vigor is a new and interesting battle royale, which draws even more inspiration from the survival world. Nothing revolutionary, but enough to bring fresh air to a genre that was cementing itself on its traditions. The social aspects, a purpose outside of the battle and the ability to escape are among the things we liked the most.

It’s a niche game that can create frustration, yet it’s a deliberate sentiment that is also present in Dayz. Although this is only a beta, the gameplay should be pretty finished being the port of an Xbox One game released on August 8, 2019. On the technical side, on the other hand, this additional development time will benefit a lot given the disaster we faced.

For this preview of the closed beta of Vigor developed by Bohemia Interactive Studio we are done, the game is available for free for Xbox One and soon also for Nintendo Switch. In the meantime, to stay updated on video games and technology, we invite you to continue following us on TechGameWorld.com.