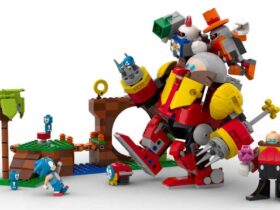 One word too many, or maybe two, result? A catastrophic chain reaction: let’s retrace the stages and consequences of the Tascini scandal

Premise: what I write in this article is my personal opinion, not Tuttotek’s.

Social media and their immediacy are also complicit, we are communicating faster and faster. Long, detailed and in-depth thoughts hardly find a place; we must express ourselves within a limit of words and, if we really decide to dwell on it, netiquette wants a TL; DR to be placed before it to facilitate those who do not have time to read.
So what can you put in the TL; DR format, if not black or white? If we had time to read, we could discover how variously mottled is the thought that our interlocutor tries to paint.

The problem arises when, as in this case, the scandal breaks out: on both sides it is required to take sides in a univocal way and give support to their choir. The voices out of the chorus, colored thoughts are uncomfortable for both sides. In this case, either you are a good-natured or a racist, with all due respect to everyone’s sensibilities. Problematizing is not only a luxury that is not allowed, but it is configured as a stance (towards the opposite orientation to that of the reader).

That is why it would have (been) appropriate to take a deep breath, clear one’s head from a priori positions and adopt a approach as secular as possible.

In this order of ideas, let’s begin to retrace the stages of the Tascini scandal.

Daniele Tascini: an identikit of the author

To understand why there is so much media coverage, it is necessary to understand who Daniele Tascini is in the world of board games.
Original author, his games are quite complex and mold euro; he has won several awards, notably thanks to his greatest success, Tzolk’in. An authentic bulwark for the beautiful country on a table, so much so that it is the only Italian with three games in the BoardGameGeek Top100. While the ranking itself is not the Way, the Truth and the Life, it still gives a precise estimate of the popularity of the games it includes – and includes all of them; all the board games in the world, tens of thousands.
In addition to Tzolk’in, well-known names such as Teotihuacan, Tekhenu, I Viaggi di Marco Polo, Trismegistus and the Council of the Four (the latter with also a re-edition of CMON) bear the signature of Tascini.

Part one: convicts were the orcs | Tascini scandal 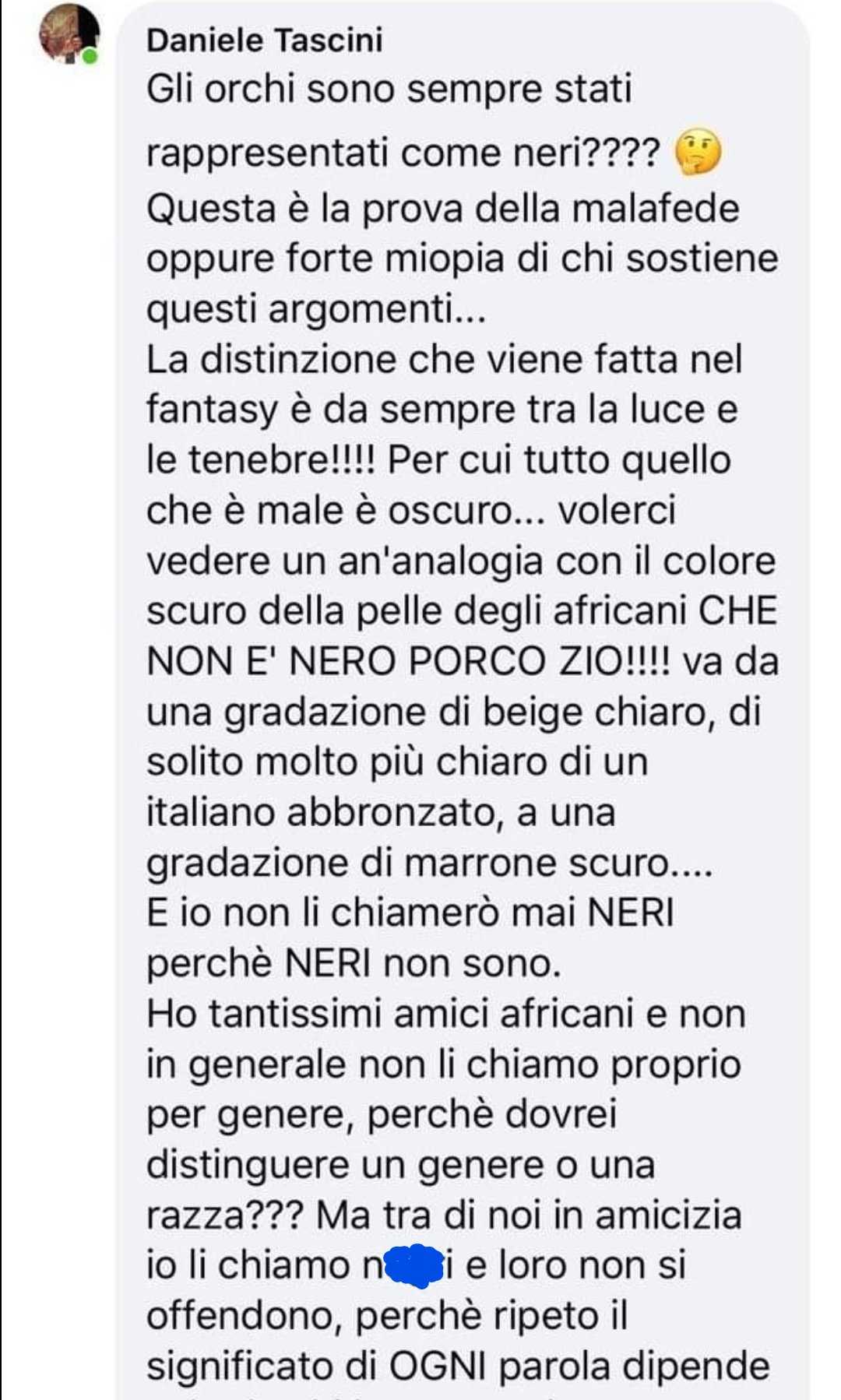 In a comment on social media, Tascini writes what on the internet, by now we know, you shouldn’t write: ne ** i.

To be frank, such a text arouses mixed feelings in me, starting with controversy over the color of orcs, which I find bordering on the comic; I don’t have a hard time understanding why Tascini got hot. To follow, however, we read a construction that leaves a little perplexing: “I have many African friends, I call them in ** and they do not take offense”. I find this kind of approach rather arrogant, both to the extent that determines what bothers those close to him (which for this reason perhaps they try to indulge it), both in adopting that infamous “I have so many friends …”; this type of justification does not hold up, because it implies the great generalization “I know a person of this minority, so they are all like this and I can take my liberties”: unacceptable. Unacceptable once more because it denies the principle of individuality that I expressed in the opening of the article.

Despite this, and despite the cut screen, Tascini hints at an explanation that I feel I can subscribe to, namely that words have a different weight according to the circumstances in which they are pronounced. On the other hand, it is something that we ourselves experience every day, adapting our linguistic register to the context in which we find ourselves; we will certainly not call one of our customers “hey me ** accia”, just as we would never call a friend of you. The same applies to the word ne ** o, which is why it is serious that it has emerged so strongly on social media, advocating the legitimacy of its use. 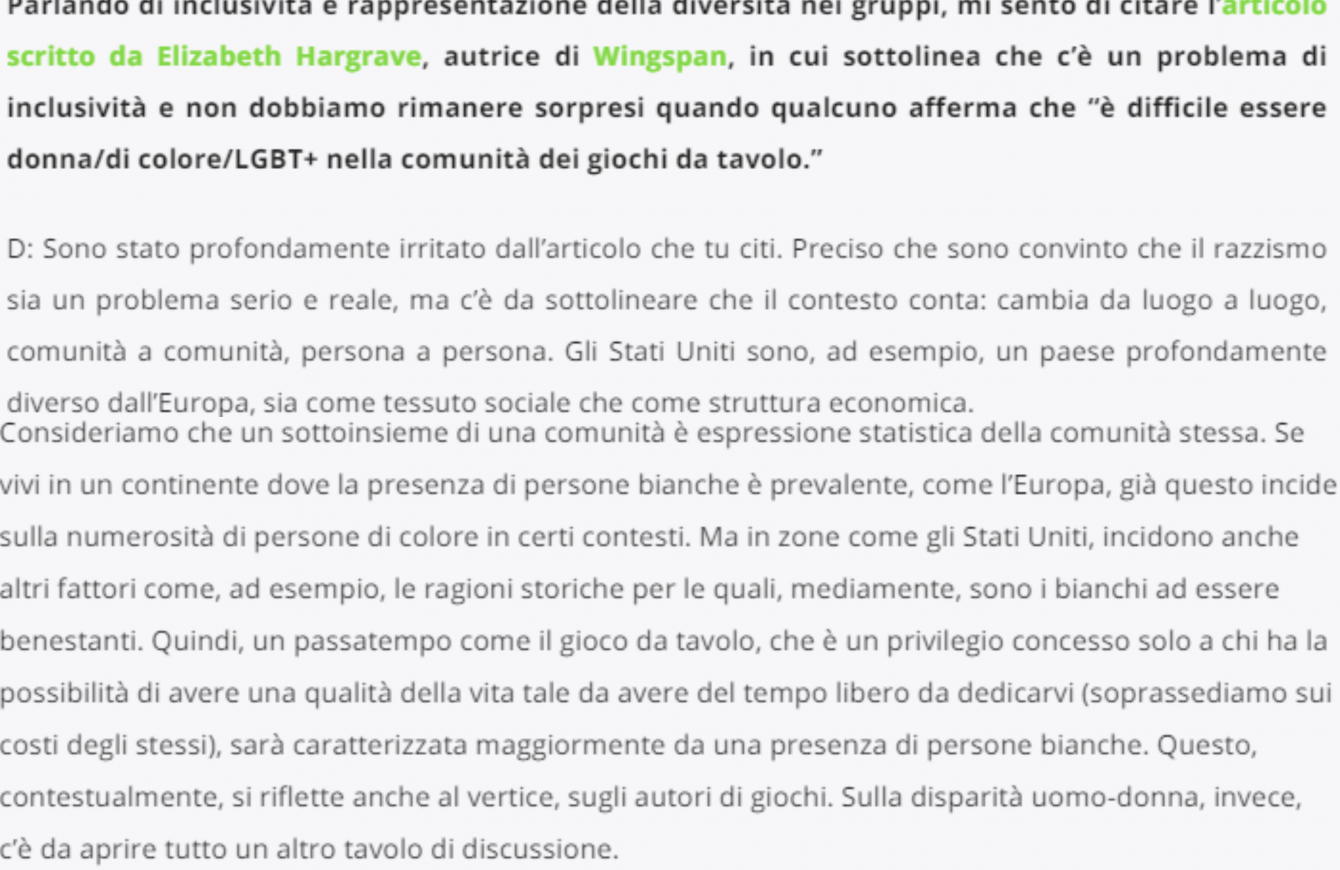 Like a second tank of petrol on a fire already well underway, an interview with Tascini concurrently with Fustella Rotante emerges (here you can find the original); speaking precisely of sensitive issues, at a certain point Tascini claims to have been annoyed by the author of Wingspan’s alignment towards a more inclusive play world.

The reaction of the tabulaludic world was something that eclipsed the Byzantine iconoclasm: the main stages were essentially two, namely the boycott against Tascini and the censorship of opinion on BGG.
Before addressing them, I would like to premise, precisely because words are important, that I personally believe the problem also lies in the term used, “irritated”. Irritating is a child who throws a tantrum, irritating is a mosquito. Irritation is something we reserve for opinions that we do not want to legitimize, but with which we are forced to confront ourselves in spite of ourselves; an opinion, in other words, not worthy of our anger, but only of our annoyance. This was, in my opinion, the crux of the problem: had he used a term like “perplexed” or perhaps even “annoyed”, it would have been better.

The boycott: Tascini fired by his publishers 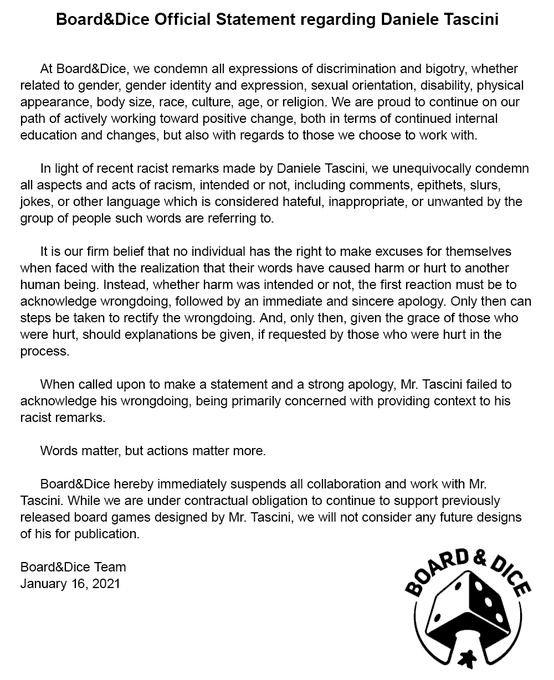 Two publishers, Board & Dice and Hans im Glueck, close to the scandal, took care to distance yourself from Tascini, even professionally. These decisions have provoked in more than someone, especially in the Italian community, reactions of indignation; I personally do not think there is to lose the monocle in front of similar decisions. On the contrary, I would try to reverse the point of view: if, due to the sudden boycott by the community, sales dropped and publishers were forced to cut staff to return? I think that in this case we would all agree that the most sensible thing would be to distance ourselves from Tascini (although of course the hypothesis I have proposed is rather extreme). The measure was severe and certainly went far beyond a simple distancing in words, however, of this whole affair, I think it is the most understandable consequence.

Censorship on BGG: when the cure is worse than the disease

On BoardGameGeek in the meantime, users went wild and condemned Tascini’s words in every way; as discussions raged, one emerged very serious trend: the staff of moderators stood systematically eliminating most of the comments that expressed closeness to Tascini or they tried to explain the differences between the Italian and US cultural context. If we have previously seen how the discussion, the exchange, the contamination between ideas was difficult due to context and contingencies, now it becomes impossible ex machina. In other words, censorship; worse, arbitrary censorship in circles of opinion. I understand and encourage the censorship of scientific inaccuracies, more or less tendentious, but as the object of the dispute becomes more and more subjective, the censorship becomes progressively more hateful and oppressive.

Tascini scandal: where did it take us?

By the time I finish this article, it’s been about a month and a half from the peak of the curve, to use a term in vogue. It is definitely not a large period of time, but as proof of the furious speed of contemporary communication, it seems an almost distant past; since this article is placed at the end of what has already been widely written on the subject, it will also try to draw conclusions.

The Tascini scandal has mixed the semi-guilty boomer naivety in the use of social media of the protagonist, the period of nerve about racism, especially in the United States and a frantic ambition to prove to be aligned, white cars black cars, in all of us.
The problem of inclusiveness in board games exists; I personally reach out for a historiographical vision and, although I still find dissonant figures such as lgbt dwarves, disabled orcs and black elves, rationally I think it is a direct consequence of the fact that a product reflects the needs of the public and the sensitivity of the time. When these change, the rest changes with them, becoming the new term of comparison.

Therefore, similar outbursts are welcome, similar moments in which we are called to confront ourselves with our convictions; from these, cultural leaps arise.
Too bad that, inevitably, there are those who, in these situations, cannot help but exaggerate; but as statistics teaches us, the extremes will not be considered in conclusion.