Over the past weekend the Ariana Grande concert on Fortnite took place. Epic Games’ battle royale seems intent on maintaining the tradition of live shows even now that the grip of the pandemic has subsided, organized high-level events within dedicated servers. We at Tech Princess attended the Ariana Grande concert on Fortnite and today we will explain why we particularly appreciated it.

Ariana Grande and the concert on Fortnite

Fortnite, it is no secret, is a rather divisive game among fans of the videogame media. There are those who love it and those who hate it, but it is undeniable that the title of Epic Game played a fundamental role during the Covid-19 pandemic which has plagued the entire planet for more than a year now. In fact, the developers have not limited themselves to offering players the classic game formula, but have undertaken unique collaborations to bring the live shows directly to their servers.

The progenitor of these “live” online events was rapper Travis Scott, who was the first to perform in a concert on dedicated servers and since then Fortnite has seen several artists take turns on its digital stage. The last of these prominent personalities was precisely Ariana Grande, who during the last weekend was the undisputed star of an event that is rather simplistic to define a concert.

The artist was given the honor of being the first to inaugurate the so-called Rift Tour, a series of musical-themed events that will take place in the game starting right from Grande’s concert. As we said, however, to define this concert as a simple musical experience would be an understatement. What the guys from Fortnite together with the singer have achieved is a real all-encompassing experience, capable of transcending classifications.

But let’s go in order. Our experience began about an hour before the event started, when the Rift Tour playlist was opened and players were able to start logging into the game server dedicated to the exhibition.

Between concert and visual experience

Even before the beginning of everything I was able to see how the atmosphere of celebration and sharing was preponderant, with groups of strangers who spontaneously joined together, dancing and forming compositions in the air while they waited for the great event to begin. But it was at the end of the countdown that I found myself catapulted into a truly unique experience.

It all begins with a purplish space-time fracture into which we are sucked in and where we see a giant version of our avatar, with various windows on alternative dimensions around it. Maybe some small teasers of future collaborations? Anyway, we don’t have time to think about it, since the concert immediately comes to life, making us surf on a long slime slide, then jump on the body of a colossal teddy bear and finally we had to fight against a giant demon, which in the end manages to bring us down.

We are defeated, but not alone. The black surrounds us but our companions help us to get up, and from the oxen start to appear bright dots similar to stars. And it is precisely in this setting made of lights and deep space that we see Ariana Grande for the first time, which begins the concert by taking us with her to various universes, between seas at sunset and evocative panoramas.

Ariana here is a kind of divinity, who does not just sing and dance, but interacts with the dimensions and is able to open space-time fractures.. Participating in this event, on the other hand, was a difficult experience to describe, since it is impossible to reduce it to the definition of a concert. Rather, it was something capable of redefining the very canons of live music, bringing us directly into the artist’s music video, bringing us directly into the artist’s mind.

Although we still don’t know who will participate, Epic Games has confirmed that there will be more concerts of this type in the future and we couldn’t be happier. These events are pleasant to follow both for fans of the game and for those who are completely fast, such as the author of this article, among other things. 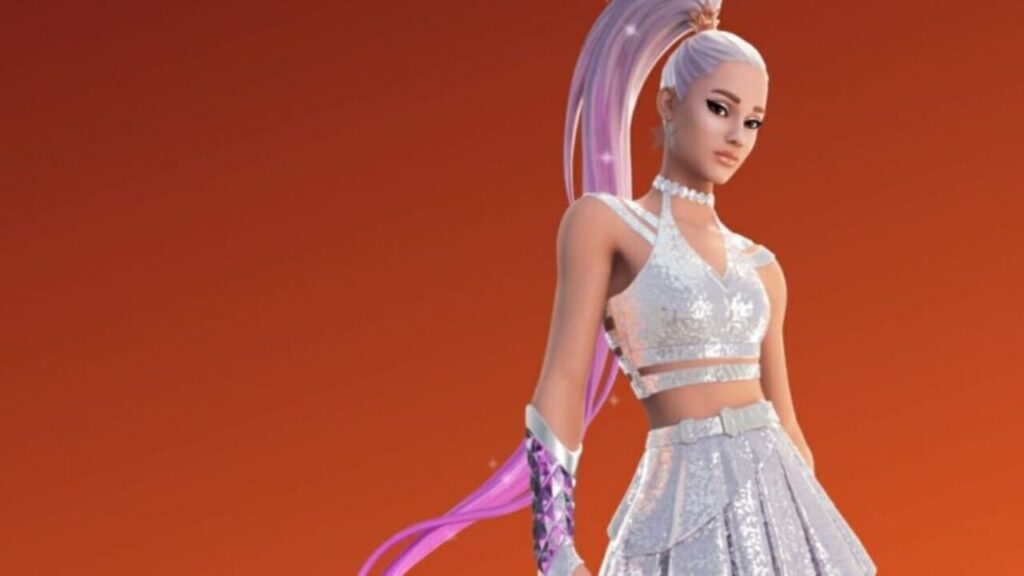 What we faced with the Ariana Grande concert is a come on event very high production values, something that can only tickle our imagination on what the company could organize in the future, which has already proved to be largely capable of intercepting the pop tastes of the moment.

In short, digital concerts on Fortnite still seem to have a long and thriving life ahead of them.