The world of cryptovalute is in constant evolution and the latest news from China they are feeding theuncertainty for the sector. After the Chinese ban on September 24, Bitcoin and the main altcoins have recovered most of the losses and then return to decline later. bitpanda, specializing in the sector, has analyzed the situation of the sector to evaluate possible future scenarios.

China has tried to counter cryptocurrencies on several occasions in the past. Bitpanda points out that, on these occasions, cryptocurrency prices fell rapidly and bounced back soon after. As for the long-term data, however, the scenario continues to be positive with a potential “buy the dip” opportunity once the price of Bitcoin finds support.

The Chinese crackdown has brought down the Ethereum Sparkpool mining pool. Meanwhile, most of the major altcoins are trying to find support and have to contend with a sell-off at higher levels. ETH Sparkpool mining pool announced that it has closed all operations in China since September 30, stopping accepting new participants in mainland China.

Further updates from the industry

The Royal Monetary Authority of Bhutan It is going to focus on cryptocurrencies. The institution, in fact, is collaborating with Ripple to pilot a digital currency from the kingdom’s central bank. Ripple Labs will allow Bhutan to use a private ledget CBDC solution. In this way, the central bank will be able to distribute its own digital currency.

PS5: Sony intends to help gamers with a patent 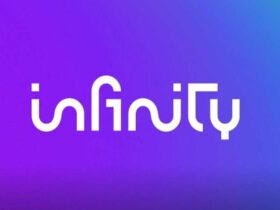 Best science fiction movies on Infinity: the 10 to see