We tried House of Ashes, the third chapter of the anthological series The Dark Pictures Anthology, and we’re ready to tell you what we think with this one review. You are about to delve into the darkest and most terrifying depths your eyes have ever seen, are you sure you can survive?

The review of House of Ashes, the third installment of The Dark Pictures Anthology

Evil persists and is hardly eradicated. This is the initial premise of House of Ashes and the prequel scene that is shown to us at the beginning of our adventure. We are in the 2231 a.C and the empire of Akkad is on the verge of finally collapsing because of Naram-sin, its ruler.

He hoped he could save his people but, in reality, he awakened a ancient and terrifying evil. Some legends say that the looting of a temple unleashed one on the Akkad empire curse, marking the end of the Sumerian people.

The game then transports us to the 2003, in the middle of an American military base stationed in Iraq. Everything seems calm but, following a firefight with Iraqi forces, one seismic shock surprises both sides. The result? Americans and Iraqis fall into the buried ruins of a Sumerian temple, that temple.

Communications are completely disrupted and the protagonists are trapped in a terrifying underworld. On the surface they look like simple ruins and their goal is to explore their surroundings and run away. However, after carefully observing the rocky corners and the shadow, the protagonists will soon become aware of don’t be alone.

At that point their mission will be another: manage to survive.

The first element that catches the eye in this new chapter, right from the initial screen, is the introduction of various levels of difficulty. We have the possibility to choose between three different difficulty levels. Like the previous titles, however, House of Ashes is also based on a system of choices that will influence the events of the game and this is immediately clear.

Indeed, probably in this chapter the relationships between the characters and the narrative aspect are even more important e fundamental to complete the game. The aim is to develop mutual trust in a situation where everything seems lost and almost surreal, di put politics aside and the war to collaborate and survive together. In fact, an Iraqi soldier, also a victim of the earthquake, will be present in the squad of unfortunate soldiers.

Making decisions in this chapter is complicated and not always to be good e respectful towards others it will be the best choice. This aspect is interesting because tests us and, in a sense, it forces us to act against our will on certain occasions.

Our every decision and relationship with the various characters can be consulted in the appropriate menu showing us in which point of the report we are and how we behaved previously. The menu is clear e concise and it shows us an excellent and interesting overview of what we are slowly building.

Before analyzing further details of the title, we would like to highlight an interesting aspect that is how we can play to House of Ashes. In order to fully enjoy the gaming experience offered by Supermassive Games, you can play in single player mode if you feel brave enough and determined to defeat this horror on your own.

If you prefer, however, you can also play with a friend through the online cooperative mode two-player and one a shared controller. We have tried the experience alone, relying on our common sense and our courage.

However we believe that the cooperative mode can result even more exciting ed interesting as it strengthens the sense of collaboration between the characters and trust. And then we know that playing in the company of our friends makes everything even more fun.

A “gameplay” who likes to narrate

If you have never played The Dark Pictures Anthology and are a fan of responsive gameplay e full of action, stop because House of Ashes is not for you. Although some new gameplay changes have been implemented, this third chapter maintains it same rhythm as the previous chapters in which the narrative and the relationship between the characters are at the center of the adventure.

We will have the controller in hand for the duration of the adventure but they will be few ed equilibrate the occasions when we will have to actually use it. Depending on the situation, House of Ashes allows us to take on the role of one of the five main characters and it offers us the possibility to explore the environment, aim at enemies within the time required to be able to shoot, click buttons with the right timing to avoid dying or even to maintain regular heartbeats.

There is also no shortage of the much loved ones quick time event which, in the event of bankruptcy, risk having serious consequences.

So if you were expecting to run left and right, shoot of your own free will and move according to your rules, we are sorry to disappoint you but that’s not how Supermassive Games’ products work. However, House of Ashes, compared to the previous chapters, has new ones functionality.

Among them we find, in addition to difficulty levels, the camera free. Supermassive Games had already announced the arrival of this new feature, which simplifies exploration within a dark environment. The protagonists move freely: however, the problems they are not missing.

The actions they can perform are always few but the movements of the characters are still rather woody. Sometimes they get stuck in a certain place in the setting and it is difficult to move them from there. Furthermore, also the same camera free it is complicated to move and set.

The problem is not that serious because, as we said earlier, the actions that our characters perform are few. However we would have preferred to be able to fully enjoy it those moments of play and action.

Despite the woody movements and counted actions, exploration is, however, one of the most interesting aspects of the title. Every corner of the caves and ruins that we are going to analyze is full of collectibles, secrets e documents which allow us to have a more accurate picture of what happened in the past and of what could happen.

The plot instead turns out interesting, even if the first part of the game could be in some ways rather slow e heavy. The title will take a while before channel energy and proceed at a faster pace pressing e rapid. At the right time, however, he will be able to offer us a storyline that yes it will perfectly balance between action and tension.

The review of House of Ashes: graphic and sound sector 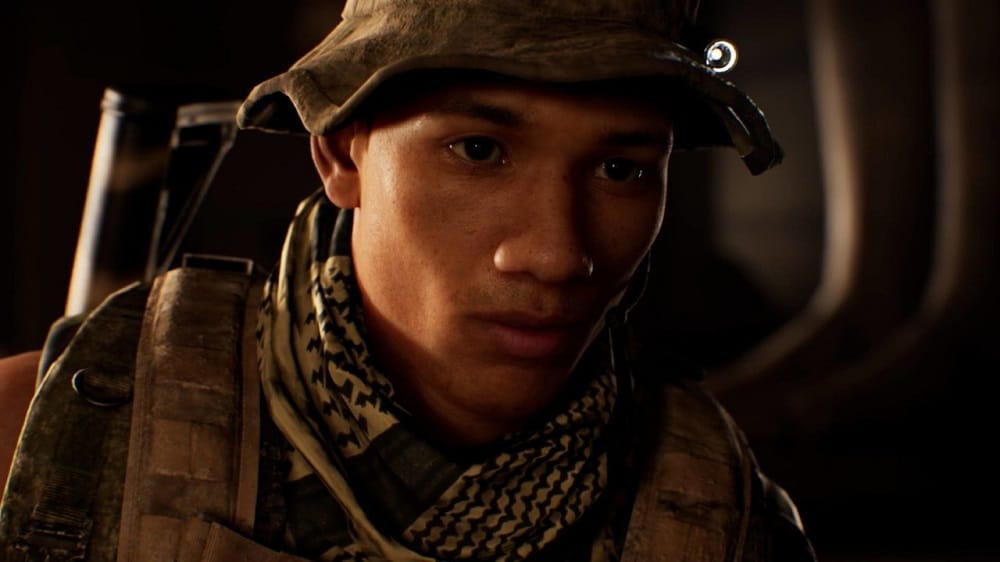 The graphic sector, as you can also see from the images, exceeds previous chapters which, already at the time, offered excellent performance. One of the strengths of House of Ashes is the play of light and shadow, able to give that extra touch to the surrounding environment and to make the distressing atmosphere of every dark corner alive.

The main protagonists were made with attention e precision. However, not everyone was able to enjoy the same attention. It is quite evident as you play that some characters have been better crafted than others. Furthermore the motion capture failed to do justice to facial expressions of the characters, which often result forced e not in line with emotions who is rehearsing the current character at that moment.

The sound sector seemed to us instead good, with pressing songs at the start of our adventure and deafening silences within the ruins, between horrible verses e heartbeats rapidly increasing.

The Dark Pictures Anthology: House of Ashes it does not disappoint but it does not even surprise. It is a title graphically satisfying, with an almost obsessive attention to environmental detail and a play of shadows and lights that leave the viewer speechless at every corner. However, perhaps due to too much attention to these details, some game elements have been affected.

First of all the faces of some main characters, which result grotesque, forced and come back devoid of vitality. From a gameplay point of view, we know how Supermassive Games games and in particular the products of this anthology work, so from that point of view, we are satisfied.

Maybe the developer could have set an extra pinch of action view the whole atmosphere and storyline of the game.

The decisions we will make during the course of our adventure are fundamental and it is necessary to pay particular attention. One wrong move and we may bitterly regret it. The narrative aspect and the exploration that allows us to discover secrets and documents are the most interesting aspects of the title.

Fans of the genre might appreciate it to the fullest, putting aside any technical problems. But those who hoped to find more action and movement, will definitely have to aim for another title. To conclude, we remind you that The Dark Pictures Anthology: House of Ashes is now available on PlayStation 4, PlayStation 5, Xbox One, Xbox Series X and Series S and PC.