The PS5 update for The Last of Us Part 2 has been made available a few hours ago, introducing support for 60 frames per second

As we talk about one of the best and most important games of PS4, as well as the entire past generation, no wonder fans have long wondered when theupdate PS5 per The Last of Us Parte 2, so you can take full advantage of everything thanks to the backward compatibility of the new Sony console. Well, after waiting for it for a while, yesterday the update was made available for download, via the patch 1.08 rilasciata da Naughty Dog, which introduces some major improvements to the best seller.

The Last of Us Parte 2: rilasciato l’update PS5

The expected update PS5 introduces some important improvements to the masterpiece Naughty Dog (here our review), going to increase resolution and loading times, now much faster. The most important update, however, affects the frame rate of production, now freely settable on 30 or 60 frames per second.

However, the forays of Naughty Dog within the universe they created themselves, given that for some weeks now the rumors that see the team engaged in the remake of the first episode of the popular exclusive franchise have become increasingly insistent Sony. It also seems that among the new projects there is also one multiplayer production, which according to some rumors could be the Factions mode directed to this second chapter. To close the circle they think there TV series, currently in progress at HBO, in addition to confirming the drafting of the story of a hypothetical Part 3, as confirmed by the same Neil Druckman, the director of the series.

Happy with this update for the masterpiece Naughty Dog? Let us know in the comments, here on TechGameWorld.com, maybe after having also taken a look at the offers on Instant Gaming. 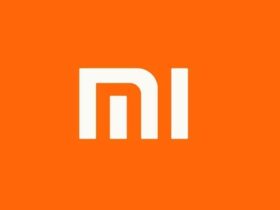 Devolver Digital: Four new games will be announced at the Summer Game Fest

Futura: the official trailer of the film