The Long Gate, the puzzle game created by the lone developer David Shaw is about to land on Nintendo Switch and we at Tech Princess had the opportunity to preview it on the Nintendo hybrid. After being put to the test by the puzzles proposed by the game we are ready to offer you our review of The Long Gate, a game made with passion, but not for all palates.

The title has already been available on Steam since September last year.

The Long Gate: our review

The first thing to know about The Long Gate, as well as being developed entirely by a single person, is that that person, David Shaw, has a long career in engineering. An element that oozes from every single puzzle within the game. In fact, all the puzzles in the title are based on the understanding and relative resolution of analog, digital, and even quantum circuits, of such complexity that at first glance it can easily stun.

Those who already chew something on mathematics and engineering will therefore find themselves faced with an extremely rewarding and challenging experience. All the others, on the other hand, could be immediately discouraged by the cryptic puzzles that they will face right away, since the game does not provide any kind of tutorial to help the player understand the basic functioning of the puzzles.

The Long Gate begins without a real introduction, catapulting us into an environment that closely resembles what we saw in Portal, but immediately sets things straight, putting the user in front of the initial choice to decide his personal path. In fact, the game will not tell us where to go, indeed it will not tell us anything, and immediately we will have two options at our disposal.

We can in fact try to solve an analogic circuit, or a digital one.

There is no real storyline in The Long Gate, apart from environmental storytelling, which tells of a lost civilization, now reduced to sad ruins, the only testimony of the times that were. To advance the player will have to do is complete puzzle after puzzle, up to the end credits.

Analog puzzles are also the least complex ones initially. For example, the first of these requires the user to complete what is in fact an electrical circuit, but as the structure of the circuits progresses it becomes drastically complicated. Already in the second puzzle we will find ourselves grappling with nodes that must be connected or kept separate, until we reach a point where we will have dozens of connections in our hands, all influencing each other at the same time. 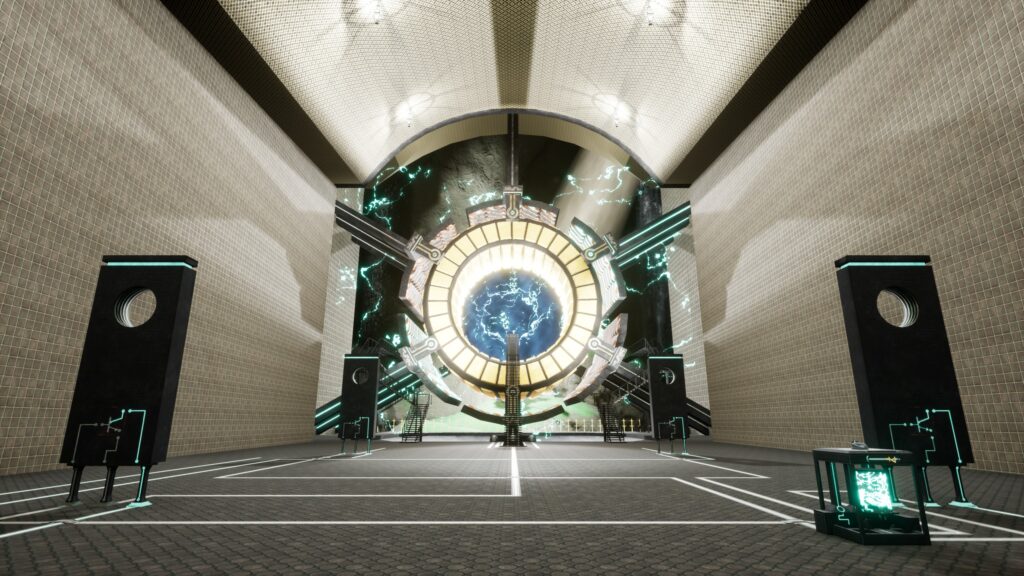 The digital circuits instead take the moves from the same basic concept, but their resolution takes place instead through the activation of a series of switches and the interpretation of graphs, which will be reproduced inside the circuit through a wise management of the switches. Also in this case the difficulty becomes much higher immediately after the first puzzle.

Although the first areas are actually lengthy tutorials, the difficulty rapidly grows to the point where it is almost impossible to figure out how to solve the more advanced puzzles without trial and error and experimenting even random solutions. The problem, however, is not the inherent difficulty of these puzzles, but the fact that you need previous knowledge how those circuits work to solve them, which of course cuts a large chunk of potential audience.

This limit then becomes very evident when you get to the part of the game dedicated to quantum puzzles, practically impossible to complete without already knowing something about the subject.

Porting to Nintendo Switch has not benefited the technical sector of The Long Gate, which on PC gave its best and which on the Nintendo hybrid, unfortunately, leaves much to be desired. While exploring the big game rooms we ran into big drops in framerate and in an annoying “blur effect”Really poorly implemented and that seemed to dull random portions of the setting. 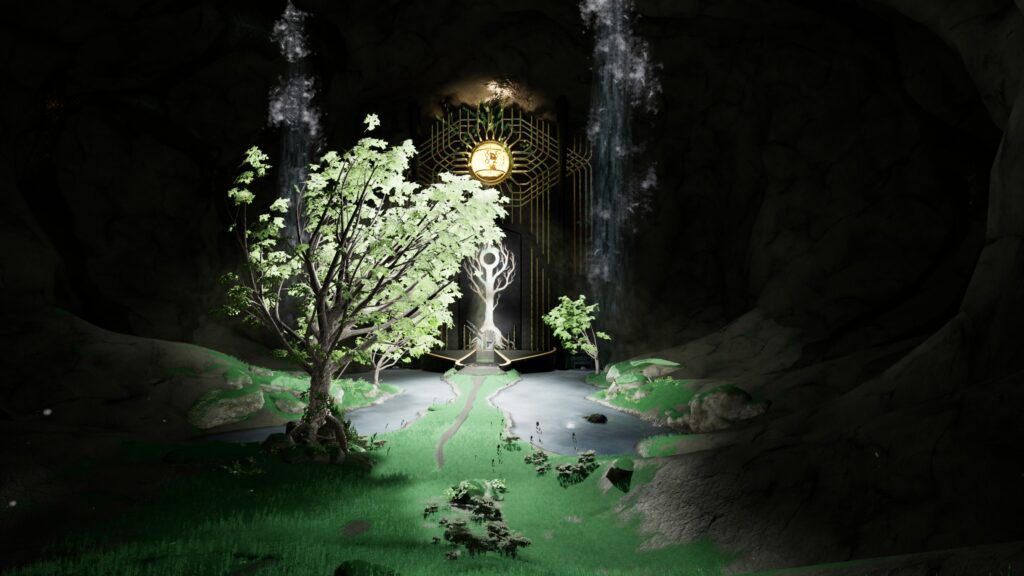 At the same time we also noticed a very low resolution, especially when playing in docked mode. We therefore advise you to use the game only in portability, where these defects remain present, but in a less intense form.

The Long Gate: our review in brief

The Long Gate can definitely be a fun and rewarding video game when you actually manage to solve the puzzle in which you had been stuck for hours, but on the whole it is configured as a videogame experience designed mainly for professionals.

An ordinary player with little knowledge of engineering and math problems will have considerable difficulty in advancing the game, even at the beginning, which is what it could very quickly translate into a feeling of frustration and helplessness. That said, the puzzles themselves are well thought out and incredibly complex, to the point where it’s hard to imagine that there is only one person behind the creation of The Long Gate.

So if you are in that niche of person to which the game is aimed we absolutely recommend you try it, because you will hardly be disappointed by the brain-breaking problems designed by David Shaw.