In this review we talk about The Magnificent Trufflepigs, a game that chooses to use a romantic plot to complement the simulation of metal detecting

The Magnificent Trufflepigs was developed by Thunkd, who makes his own with this title debut on the market, and is distributed by AMC Games. It is a realistic simulation game, which reproduces the experience of metal detecting, however, what distinguishes it from several other titles apparent to this genre is the strong accent which places on plot.

Despite this unique feature, the gameplay minimale and tendentially repetitive make the title a partially successful experiment, certainly able to satisfy that slice of players who are looking for one certain type of experience, but definitely unappetizing for everyone else. Let’s find out in this review why The Magnificent Trufflepigs fails to hit the mark.

Escape from the city

When starting The Magnificent Trufflepigs we immediately get to know Beth, one of protagonists of the game. This is located on the farm where as a child she used to go with her father to devote herself to metal detecting. As can be seen from some calls he makes, the place has been sold and will soon be radically refurbished; before this happens, she intends to traverse its fields in search of hidden objects one last time.

Unable to get any of her friends involved in the venture, Beth decides to call Adam, an old flame of hers, and the latter agrees to join her. The tension between the two is palpable, also because – as Adam soon realizes – it is certainly not a coincidence that the girl decided to contact him again at that moment.

The storyline of the game continues and embraces the five days that the two dedicate to research. What they find will be different from their expectations and will lead Beth to question some moments from her past. The lengthy confrontations she will have with Adam will also lead to reconsider some life choices and, perhaps, wanting him to be part of her future again. 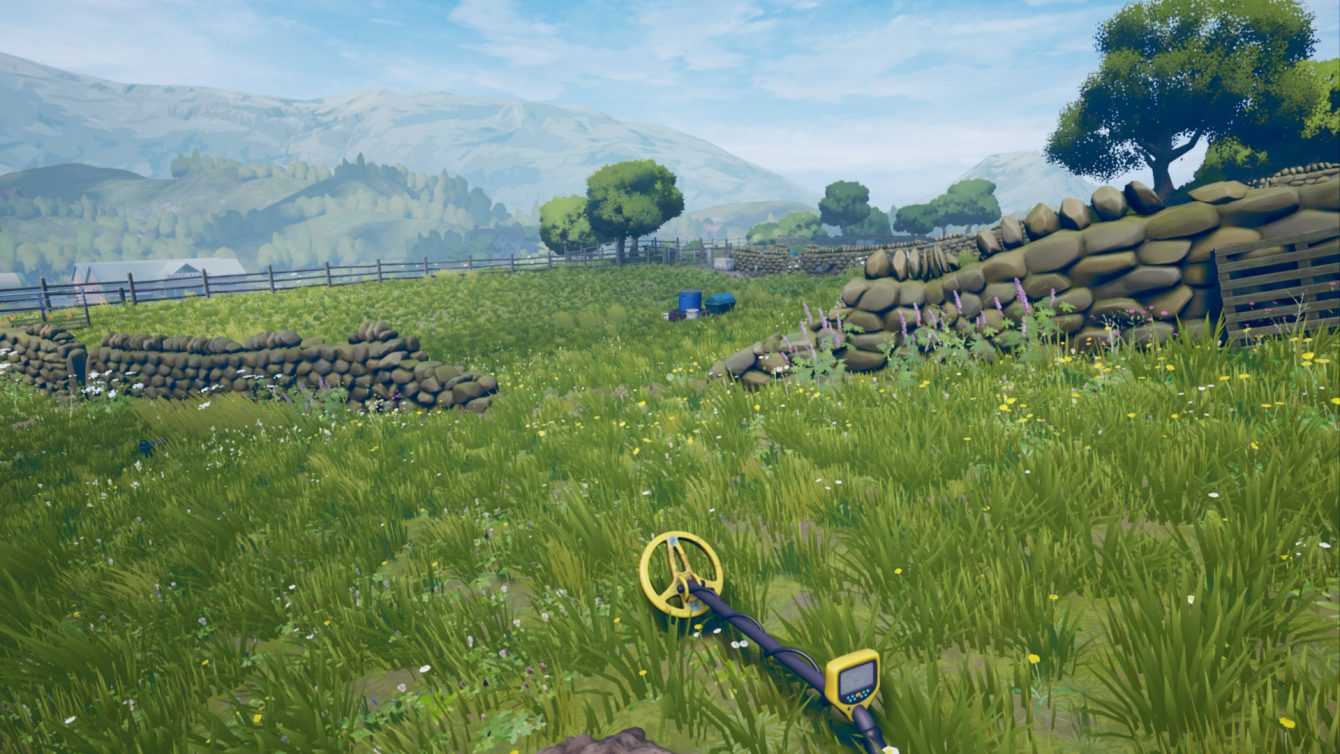 Head Down For The Fields – The Magnificent Trufflepigs Review

The game uses the point of view in first person and puts us in Adam’s shoes. As mentioned in the first part of the review, The Magnificent Trufflepigs gameplay focuses on realistic simulation of the metal detecting experience. This implies that the main playful component of the title consists in crossing fields equipped with metal detectors to identify the possible presence of “treasures”. In the (rather frequent) case where you find something, you will have to use shovel and shovel to unearth it; finally, when the object has been released, it will be possible take a picture of him to be sent by message to your research partner. If the find is important, she will contact us via Walkie Talkie.

The execution of these actions does not present particular criticalities and the player will take little time to get carried away with the system. This simplicity is even excessive, especially if one takes into consideration the fact that the search and excavation procedures represent the only truly playful elements of the title. In particular, the fact that these operations always occur in the same way considerably reduces the entertaining capacity of the game which, despite the relatively short duration, ends up being boring and repetitive.

On the other hand, it is not possible for us to think that behind this tendency to extreme simplicity there is a conscious choice of developers. Perhaps, the team was just aiming to make one specific experience, through which to convey serenity to the player, encourage him to calmly explore the setting and, finally, rather than chasing the achievements, to focus on the evolution of the relationship between the two protagonists. 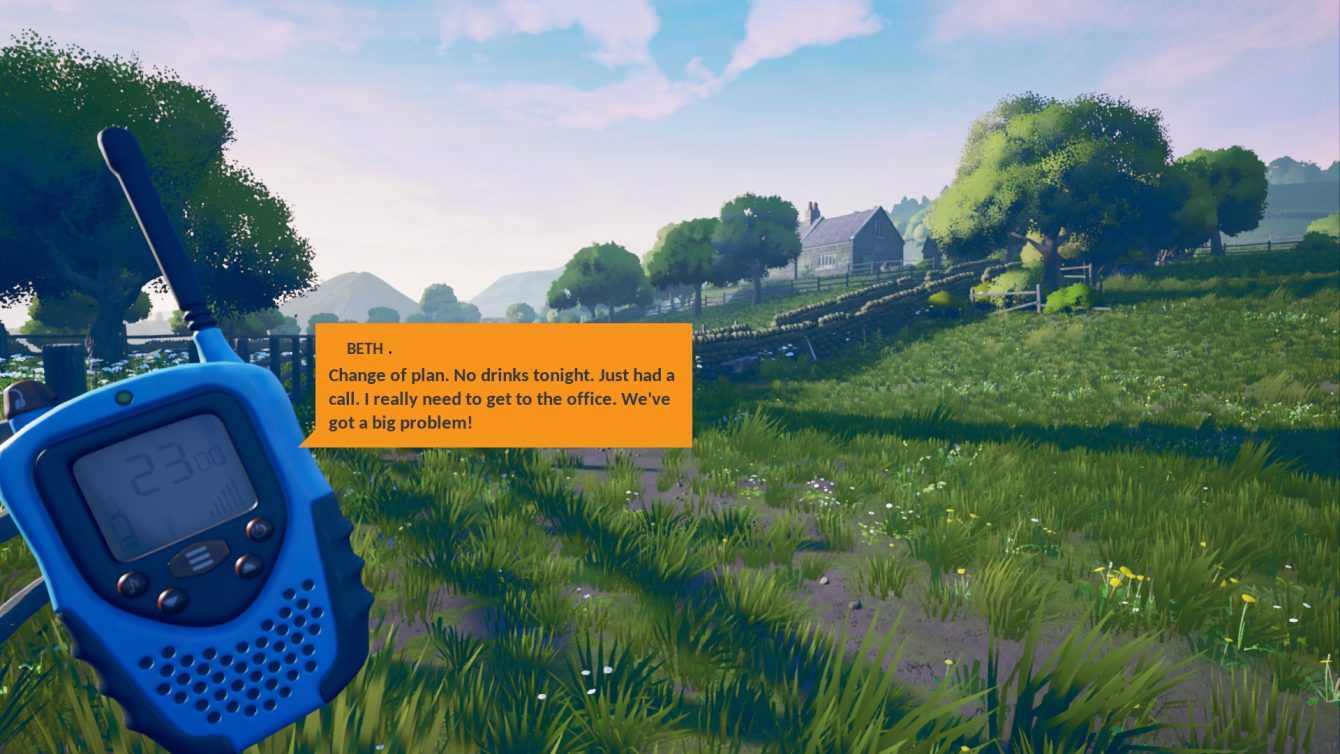 To make the hypothesis that the minimal gameplay is the result of a thoughtful choice more concrete, there is the detailed 3D graphics that the game proposes. Through it, you have the opportunity to immerse yourself in a bucolic and serene environment, which encourages exploration and, also thanks to a good sound sector, suggests a steady pace of play.

As the hours go by, however, one realizes a limit of the setting: its being repetitive. There is no particularity that makes the individual scenarios stand out and consequently, despite the good technical realization, they lose their charm quite quickly. As in the case of gameplay, one gets the impression that it is exceeded in the search for simplicity.

So we come to talk about the only really complex element of the game: its plot. This is especially striking for the balance between romantic elements, undoubtedly central, and those mistery, which make it intriguing. Furthermore, the choice not to insert excessively dramatic passages gives originality and freshness to its development.

Unfortunately, the choice to carry on the story only through remote conversations and during movies limit engagement of the player. If the developers had more integrated gameplay in the narrative, the first would probably have benefited: the actions that the player is called to perform would have assumed a narrative value, which would at least partially compensate for their monotonous mechanics. 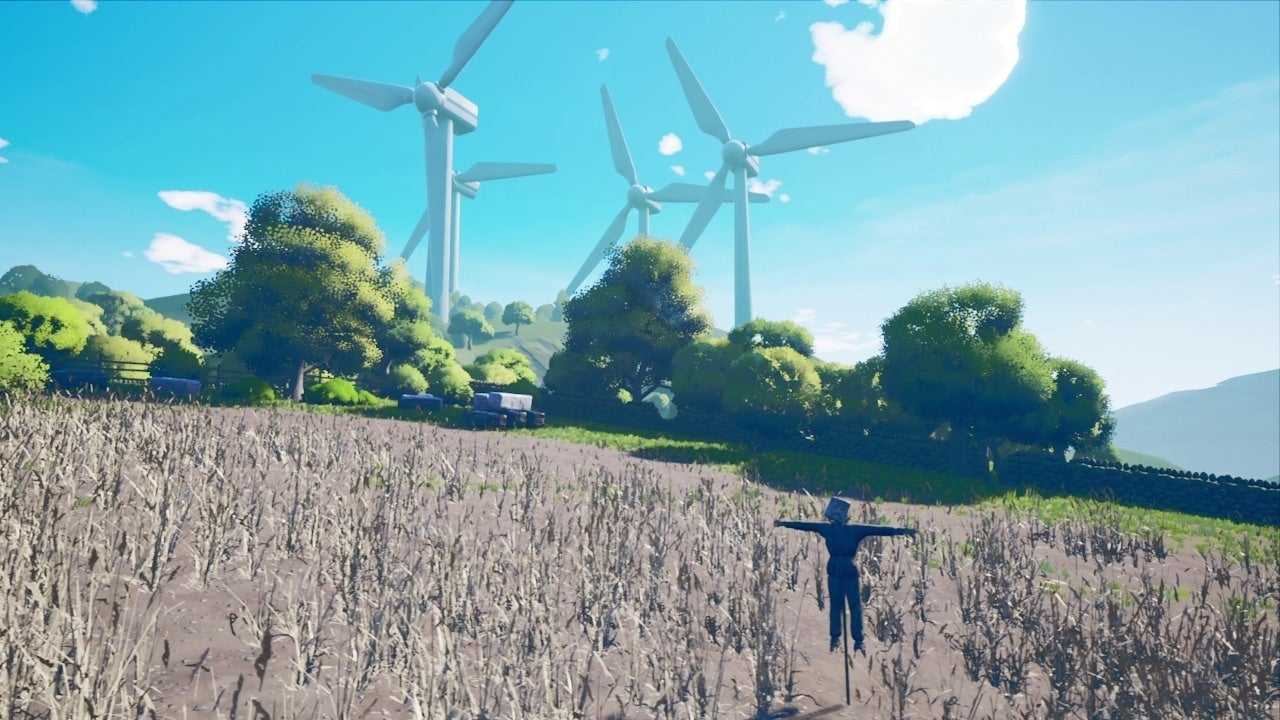 Having reached the conclusions of this review, we are still uncertain about the rating to be assigned The Magnificent Trufflepigs: it is a difficult game to evaluate, which does some specific things very well and which can also count on its own specific personality, undoubtedly fascinating.

In sight of this, however, our opinion is negative. This is because, in the opinion of the writer, the title is flawed in what is the fundamental element: the gameplay. The playful aspect should never be secondary within the economy of a video game and if, as in this case, you intend to use the story as the main driving force, you must be able to create an integrated game structure with it.

The Magnificent Trufflepigs was released on May 3, 2021 and is available for PC and Nintendo Switch. If you are interested in reading other reviews or if you want to stay updated on news regarding the world of video games, keep following us on TechGameWorld.com. You can buy this title and many others through Instant Gaming.