The new Indiana Jones game in development at Bethesda studios could be an Xbox exclusive. The possibility had already been considered for quite some time, but now it seems to be getting more and more solid, due to a tweet related to the new podcats Xbox Era. Of course there is no reliable data yet, so we invite you to take this rumor with due precautions.

Will Indiana Jones be Xbox exclusive?

The chances that the new game on Indiana Jones will arrive as an Xbox exclusive are increasingly real. Just in the past few hours the presenter of the podcast Xbox Era has published a small preview image that anticipates the next episode of the podcast and this is precisely the revealing element. In fact, the image shows a hashtag that reads: #indianajonesonlyonxbox.

Of course, this tweet suggests that the video game about cinema’s most famous archaeologist in development at Bethesda studios is about to arrive as an Xbox exclusive, albeit for now. we have not yet received any concrete confirmation in this regard.

Note that the icon and the user’s name are obscured, so it cannot be ruled out that this is a counterfeit screenshot, although the possibility of Indiana Jones arriving exclusively on Xbox is quite high. Microsoft has in fact acquired Bethesda in recent times, and there were already many experts in the sector who hinted at the possibility of the exclusivity of this title.

To be honest, however, we still know very little about this project, given that everything we have seen so far is nothing more than a simple teaser trailer, which is particularly devoid of details regarding the plot and gameplay of the work. In fact, we only know that the title is in development and probably still in the early stages of development. In short, it seems that we will have to wait a little longer to get more precise news about it. 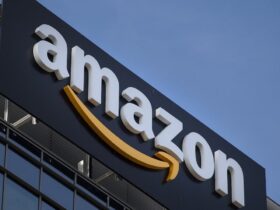 Amazon works on a live audio function for Alexa

State of Play: according to a rumor we will soon see Horizon Forbidden West