Greak: Memories of Azur is about to land on Nintendo eShop and, after trying it for a long time, we are ready to offer you our review. This metroidvania developed by Navegante Entertainment Studios takes some classic elements of the genre, adding some peculiar mechanics that help create a rather one-of-a-kind product. But let’s go in order.

Greak Memories of Azur: our review

Greak: Memories of Azure immediately put us in command of the homonymous protagonist, in a game section identical to the one seen in the demo. A family situation that did not last very long, given that a few minutes later, just after our reunion with Adara, the game took us back in time, in a long flashback that showed us how the journey of the three protagonists began.

The game is in fact set in the remote region of Alassya where, many early centuries, primordial creatures called little hearts, humanoid beings of bright blue color were born. The three protagonists of the adventure belong to this species: Greak, Adara e Raydel, three brothers who will find themselves fighting to survive a threat increasingly present on the continent.

In fact, it also originated from the land that had generated the courine the Plague and the Urlags, monstrous beings who represent a promise of death for the entire continent.

Our journey then begins by playing the role of Greak, a young courine determined to find his sister Adara and his brother Rydell, to abandon the kingdom of Azur, now at the mercy of the Urlags, together with the scouts who saved him. To do this we will have to build an airship, fight against the rampant plague and, above all, survive. An undertaking that you will discover is not exactly easy.

A world on canvas

To hit us right from the start in Greak was without a shadow of a doubt the aesthetic impact, made of hand-drawn backdrops, exactly like all animations in which characters can perform. Everything that appears on the screen is fascinating and well characterized, to the point that it is easy to imprint some visual references in your memory in a completely natural way.

To make the game world shine, in addition to the beautifully varied color palette, there is a solid world building, which takes its time to reveal the secrets of Azur piece by piece, through books and other bits of information scattered around the kingdom. Introducing an underground and hidden lore is a choice we appreciated and that stimulates the curiosity in exploring every corner of the maps. 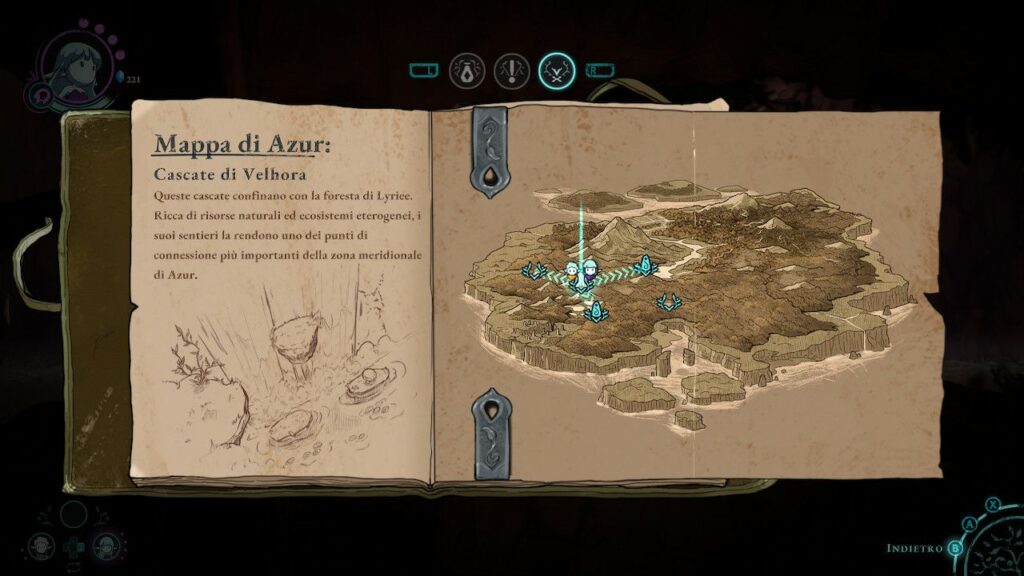 The aforementioned exploration, however, is not without flaws, given that, rather inexplicably, a detailed map of the game world is completely absent, but we will only be able to consult a well-made as well as generic drawing of the place where we are.

Having a map of the various “boxes” that we will find ourselves exploring is a rather fundamental component in a title like this and its absence is often felt, given that it is really difficult to keep in mind all the secrets left open in the long run. Fast travel is also not very punchy as checkpoints are few and far between.

The journey of the three heroes

As we have said before, Greak won’t be the only playable character, but we will also have it available Adara e Raydel. Where Greak represents the archetype of the rouge, and features a style focused on dodging and quick attacks, Adara and Raydel offer a different approach to combat.

The first is an expert adept of the magical arts, and will have very effective ranged attacks available right away, while the second is an expert warrior, with a vast arsenal and powerful attacks at his disposal. During the game we will encounter enemies that are easier to deal with now with one now with the other approach, but even this aspect of production is not without its criticality. 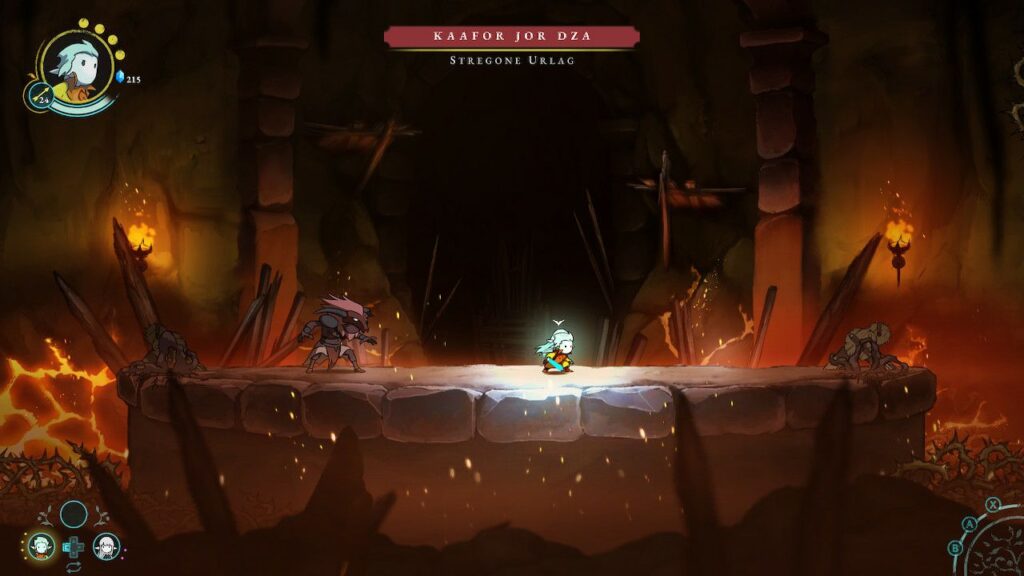 First we have the tendency of the opponents to get stuck in place when attacked repeatedly, which often leads to fights being resolved with a simple repeated press of the Y key. At the same time the idea of ​​having all three characters constantly on the screen is good on paper but tremendously inconvenient in practice.

While it is possible to control them at the same time by holding down the Switch’s left bump, we will often find ourselves having to undertake the same path multiple times because one member of the trio is left behind, as the three move at very different rhythms from each other. Not to mention the bossfight which become extremely confusing in some cases precisely due to the need to operate an acute positioning with three different characters.

Greak: Memories of Azur: our review in brief

Greak: Memories of Azur is therefore a strong game of an artistic sector certainly worthy of note, which fills the eyes and gives the whole adventure the tones of a modern fairy tale. However, the playful system set up by Navegante Entertainment Studios shows the side to several defects on which it is really difficult to overlook. 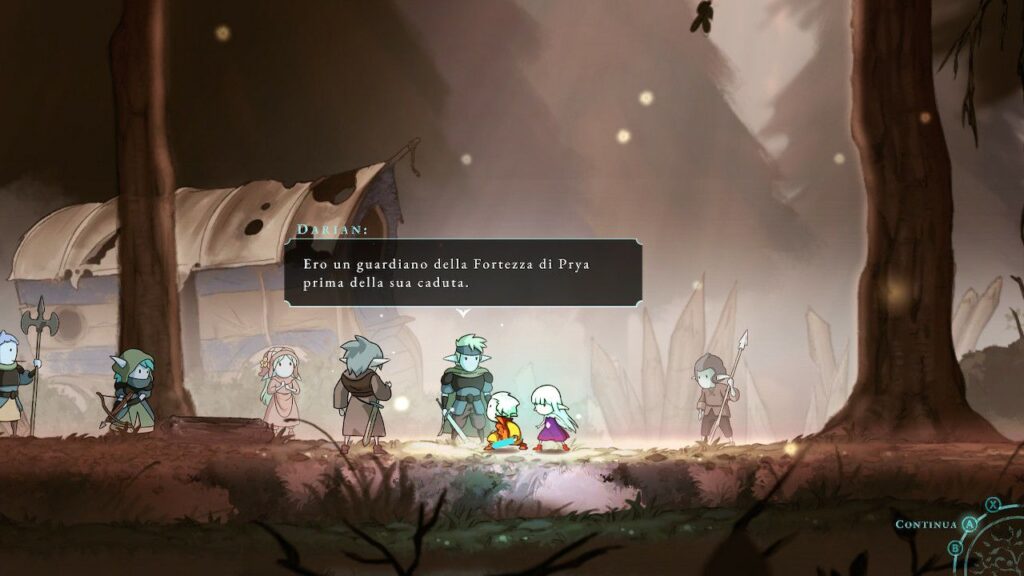 The bright side of the title is undoubtedly represented by the world building and the style with which the game world was created, definitely very evocative and well done. The shady side of the production, on the other hand, is embodied in the gameplay, which indeed brings into play some really interesting ideas but implemented in a rough and imperfect way.

That said, if you are a metroidvania lover, this title will give you a good adventure with a fairytale tone and that will surely entertain you for several hours of play. Greak: Memories of Azur is available on Nintendo Switch and Steam since 17 august.