A collection suitable for all the most nostalgic of the 70s and 80s is about to land on Nintendo Switch. We are talking about Space Invaders: Invincible Collection, a collection of ben 11 chapters of the famous TAITO arcade, to relive the unforgettable emotions that this legendary cabinet was able to give to the first gamers in history. We have spent a lot of time in the company of the 11 games that make up Space Invaders: Invincible Collection and we are ready to offer you our review.

Space Invaders is a franchise that, like few others, has managed to establish itself in the collective imagination, to the point that even today, more than 50 years after the release of the very first title in the series, it is very easy to find merchandise for sale bearing the iconic pixelated shape of the spaceship, which has now become a real symbol of gaming.

Just to celebrate a video game that has made history, the Invincible Collection is born, which contains the entire (or almost) evolution of the Space Invaders franchise. Of course, the original version of the game cannot be missing, dating back to the distant past 1978, a real relic of the times, but not even the most bizarre incarnations of space invasions have been neglected.

A good example in this respect is The Space Invaders Part IV: Majestic Twelve, a video game from 1990, quite different from the classic formula of the saga, which features a fast-paced and really challenging shooter gameplay on tracks for the less expert. Obviously we also find the most recent releases, such as Space Invaders Extreme, del 2008, a modern and action-oriented version of the classic formula.

This collection does a really good job of proposing a selection of the titles in the series, since by playing them in order it is possible to get an idea of ​​the technological progress that has taken place in the development of one or the other title (also thanks to a brief summary of the game’s history in the main menu), and for all fans of the series it will undoubtedly be a pleasant dip in nostalgia.

For those who simply want to know the saga, the Invincible Collection is equally valid, since it allows younger players to open a window towards the history of gaming.

Each of the eleven games in the collection can be played in two modes. The first is obviously the classic one, which offers the player an experience as faithful as possible to the reference title. Task in which this collection excels, given that all the games featured have been transposed in an almost identical way compared to their original counterparts.

To give the gaming experience a little more breathing room the developers have also added a challenge mode for each game available, which adds a certain replayability to each product in the Invincible Collection, especially if you were playing with a friend. 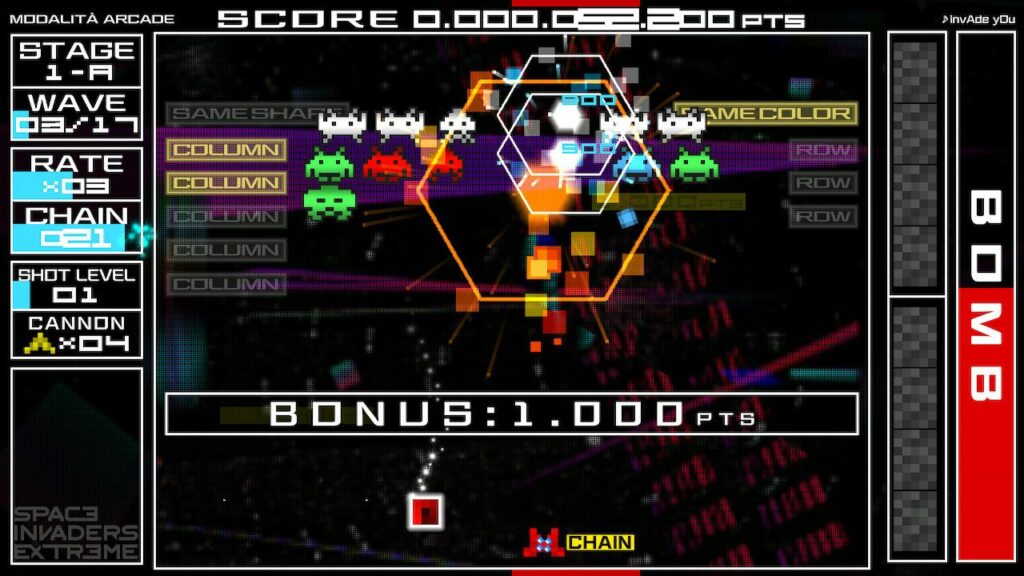 Many of the Space Invaders present in fact support the option multiplayer, almost always in cooperative, but in a specific case also in competitive and we have no doubts in saying that much of the fun generated in playing the collection is tripled when playing with a friend, which brings out the true party game soul of the game.

Also present one world leaderboard, to compare your results with those of the community and it is worth mentioning that the various game screens can be customized to our personal taste in the options menu, and it is even possible to completely re-map the game controls.

We conclude this review by specifying Space Invaders: Invincible Collection is configured as an excellent collection of great classics from one of the most iconic series in the world of video games. Moreover, the port on Nintendo Switch is well suited to the nature of the game itself. Starting a game between one moment and another of our day greatly enhances the gameplay of Space Invaders, ideal for breaking down boredom in these instances. 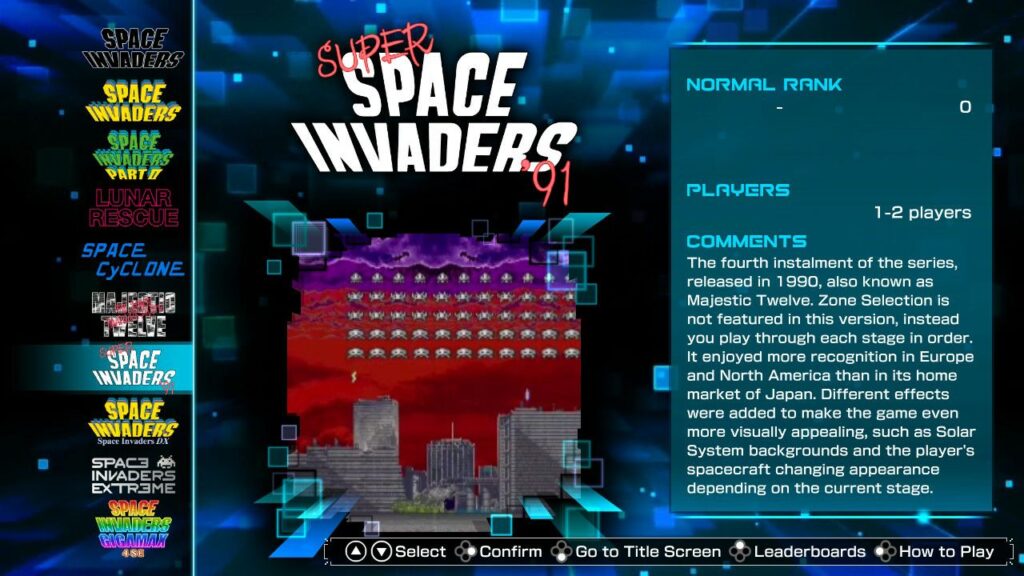 If you are more of a “living room” player, don’t worry anyway, since the multiplayer mode will give you some fun evenings with the 80s theme. Also worth mentioning is the soundtrack, which incorporates the original sounds of Space Invaders, sometimes reworking them, which guarantee an even more immersive experience.

In short, whether you are nostalgic for the early years of gaming or hardcore gamers eager to discover a historical series, this Collection will definitely be for you.

The Last of Us will have a Season 2