Born from a Prince of Persia reboot, and an ambitious division Ubisoft made up of just 12 developers, Assassin’s Creed is an integral part of the history of contemporary video games. In 15 years the franchise has been honored through comics, TV series and even a movie directed by Justin Kurzel.

A game about time, but at the same time a series of timeless games. A saga that tells us about the centuries-old and eternal struggle between the fictitious Brotherhood of Assassins (inspired by the Sect of the Nazarites, really existed) and theOrder of the Templars.

In this article we will retrace the history of Assassin’s Creed through its 12 official chapters (plus various spinoffs). So buckle up, and get ready for a journey through the ages, between intrigues and occult societies.

In the beginning was Prince of Persia: the story of Assassin’s Creed

The story of Assassin’s Creed begins with the birth of Ubisoft Montrealback in 1997. However, the division struggled to develop successful titles, at least until 2002, when the first Splinter Cell was released, a video game characterized by a stealth.

At the same time as the development of the title, Ubisoft gets its hands on the rights to use the name Prince of Persia, acquiring ownership from Mattel. Prince of Persia was popular platform dated 1989, to which Ubisoft wants to give a new life. A team dthe 12 people he worked on the 3D reboot for PlayStation 2 and Xbox, and in 2003 Prince of Persia: The Sands of Time was released. The result is a success, with approx 10 million copies sold between PC and console.

Galvanized by the success, the developers think of a new video game, which could combine the elements of struggle and parkour. Initially we think simply of a natural sequel to The Sands of Time, in which, however, the protagonist is not the classic prince of Prince of Persia, but the member of a secret society, called The Assassins, charged with protecting the prince himself. Thus was born the concept of Prince of Persia: Assassins.

However, Ubisoft’s marketing division is not enthusiastic about the idea, and proposes to the development team to think of a more canonical sequel for Prince of Persia (which will later be Warrior Spirit) in order not to lose appeal on the star of the franchise: the Prince. Ubisoft then begins to evaluate the hypothesis of a different saga, which is spiritually linked to Prince of Persia, but which has its protagonists: The murderers. The first Assassin’s Creed was about to be born.

The first Assassin’s Creed is born 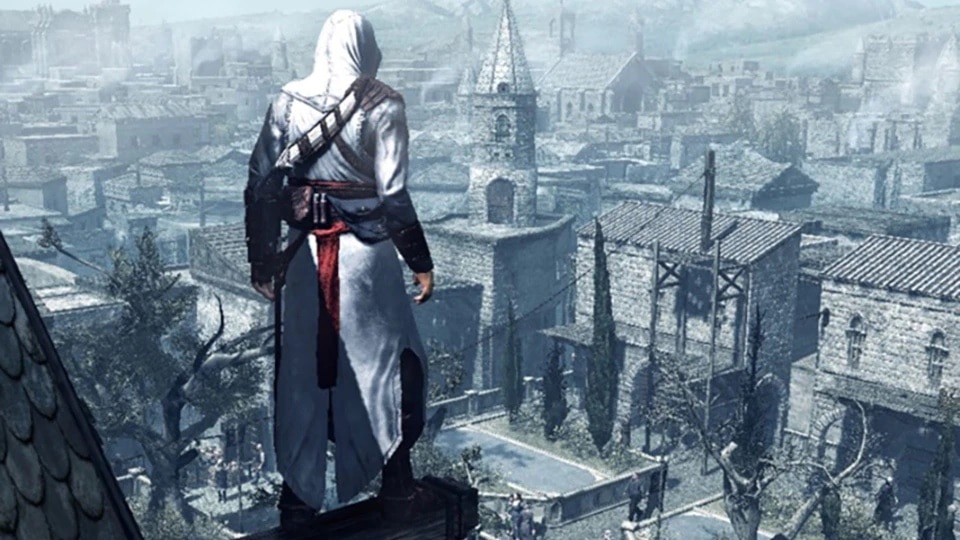 Guided by the intuitions of the creator Jade Raymond, in 2004 the Ubisoft team gets to work on the first chapter of the new franchise. This would tell the story, through the ages, of the fictitious Brotherhood of Assassinsa secret society in open fight against The Templars. Raymond sets priorities: you need to create a title that incorporates some of the winning mechanics of Prince of Persia, but that has a different flavor.

To do this, everything is focused on the player’s freedom, making the most of the power of the new PlayStation 3 and Xbox 360 consoles. Unlike Prince of Persia, the player could move in an open world, choosing when and how to tackle the game’s missions. An approach that therefore breaks away from the classic videogame linearity, opening the doors to what we will learn to call “Open world game”

The new-gen consoles were also able to render multiple elements in the same scene, and Ubisoft made this feature one of the defining aspects of the new game. This is thus developed for host numerous NPC characters in the same scenea feature unthinkable on PlayStation 2. A choice that greatly influences gameplay, as the player can thus use the crowd to hide while carrying out a silent assassination.

Not only that: the possibility of having numerous crowds, combined with the game’s open world, allows developers to recreate a living ecosystem, with cities populated by different characters. 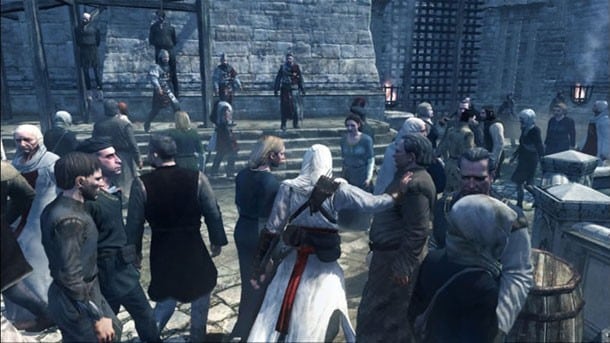 After three years of development, in November 2007the first Assassin’s Creed is released, greeted with enthusiasm by audiences and critics. 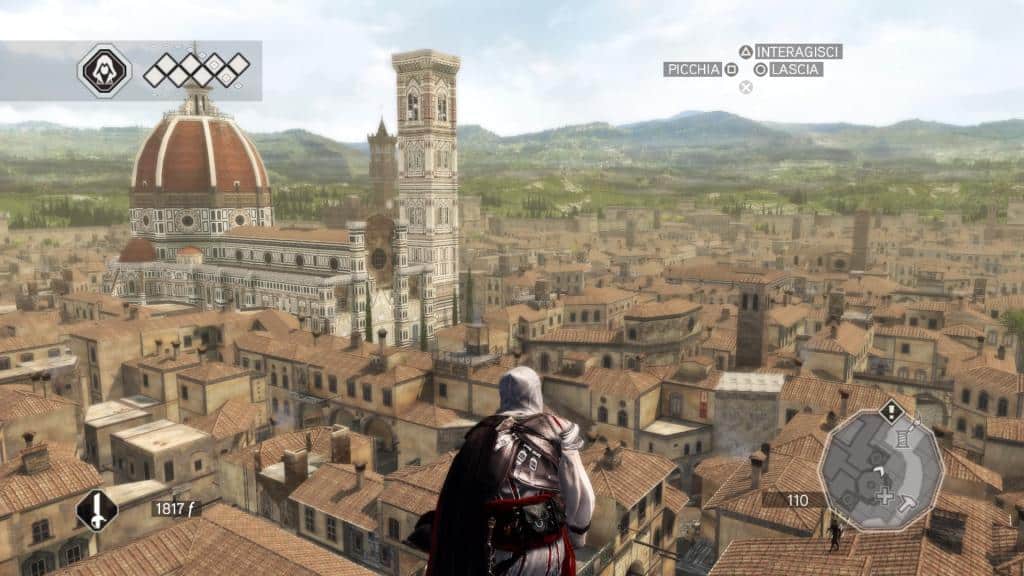 A few months after the release of the first Assassin’s Creed, we are already thinking of a sequel. The intentions are to set it in Italy (between Florence and Venice), in the Renaissance era. Thus was born the character, by now become iconic for fans of the franchise, of Ezio Auditore. The new videogame sees the implementation of new game mechanics and more elaborate and less repetitive missions. The player thus finds himself having to chase enemies, disarm opponents and tackle small puzzles to reach seemingly inaccessible places.

Assassin’s Creed II officially comes out in autumn 2009, followed by two more chapters, in the following two years, starring Ezio: Assassin’s Creed: Brotherhood (2010) and Assassin’s Creed: Revelations (2011). In the middle, however, something happens: one of the creators of the project, Patrice Desiletsleaves Ubisoft, creating not a few uncertainties about the future of the franchise.

In the meantime, however, the three games, which will later be called Ezio’s Trilogy, had kicked off their annual releases.

Assassin’s Creed III and IV: from the American Revolution to the Pirates 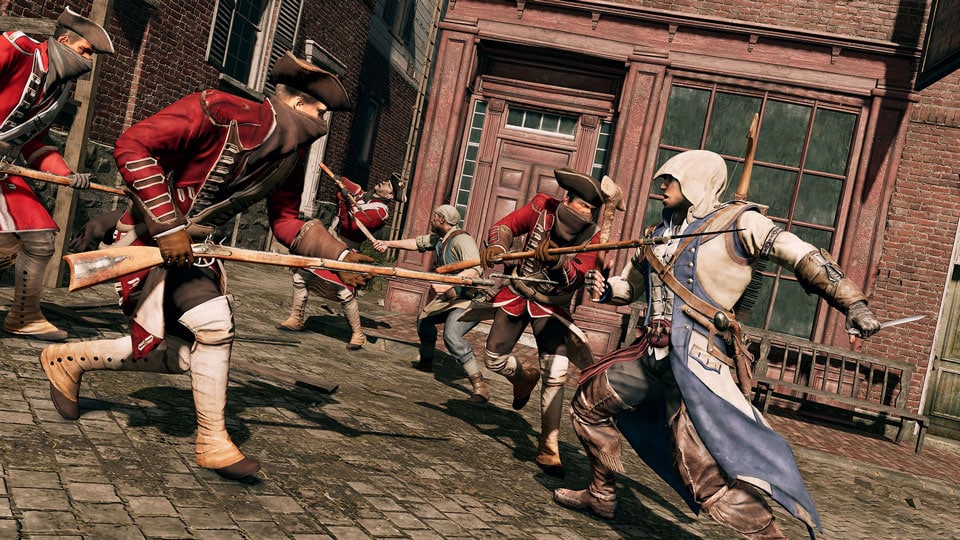 In 2012 Assassin’s Creed III officially comes out, which begins a new narrative arc, introducing us the characters of Connor Kenway, in the era of the American Revolution of the 18th century. The new context introduces the saga to firearms and hunting mechanics (which had made the fortune of Rockstar’s Red Dead Redemption).

Thanks also to the introduction of a new graphic engine, the movements of the character – especially in the parkour and wrestling phase – appear more satisfying, with hundreds of new animations introduced. In addition, the new technology emphasizes an element that characterized the first games of the franchise: the crowd. The new engine was indeed capable of render up to 200 characters in the same scene. This characteristic, in a context of the American war of independence, allowed the faithful reproduction of chaotic battles. Also, for the first time in the franchise’s history, Ubisoft used real actors to simulate the movementsthe fights and even the facial expressions of the characters.

The next Assassin’s Creed IV: Black Flag (2013) further expands the story of the Kenway family, introducing us to the character of Herbert, Connor’s grandfather. The new chapter takes the player into the 1715, in the golden age of piracyplacing the emphasis on naval combat introduced in Assassin’s Creed III.

The decline of the franchise: Rogue, Unity and Syndacate 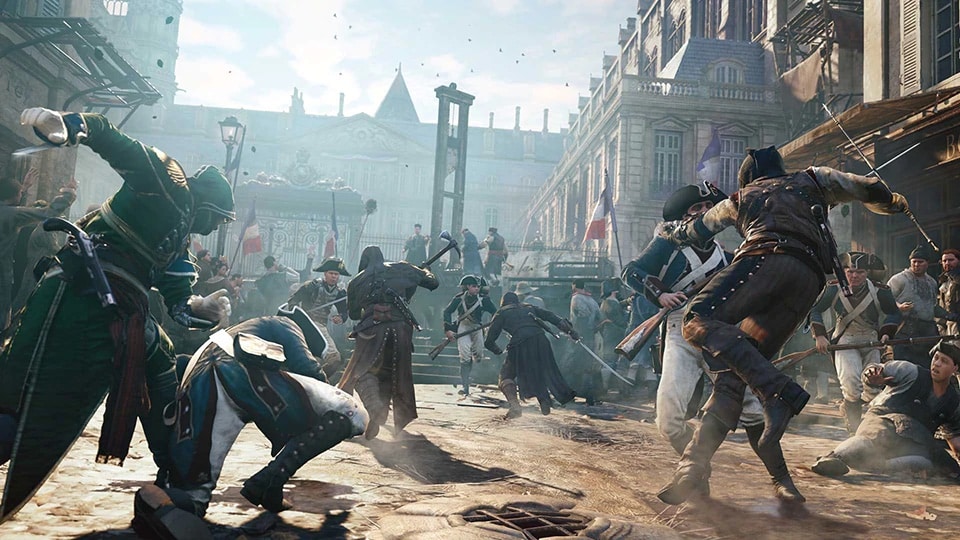 After the publication of Assassin’s Creed: Rogue (2014), developed entirely by Ubisoft Sofia, Assassin’s Creed: Unity comes out in the same year. This, from Ubisoft Montreal, is the first title for the franchise to be released only for new-gen consoles (PS4 and Xbox One), and to introduce the cooperative multiplayer for the campaign (up to 4 players). Despite the interesting setting of the French Revolution, the numerous bugs and the graphics quality not exactly excellent, lead the franchise to lose a lot of its appeal. We remember, in fact, that up to this moment the releases of the chapters took place practically annually, with two games in 2014.

After the fire of the Notre Dame Cathedral, in 2019, it was even thought of using the incredible digital reconstruction work of Assassin’s Creed: Unity to proceed with the renovation of the building. However, the video game models were never used. However, Ubisoft contributed with a large donation to the reconstruction of the Cathedral. 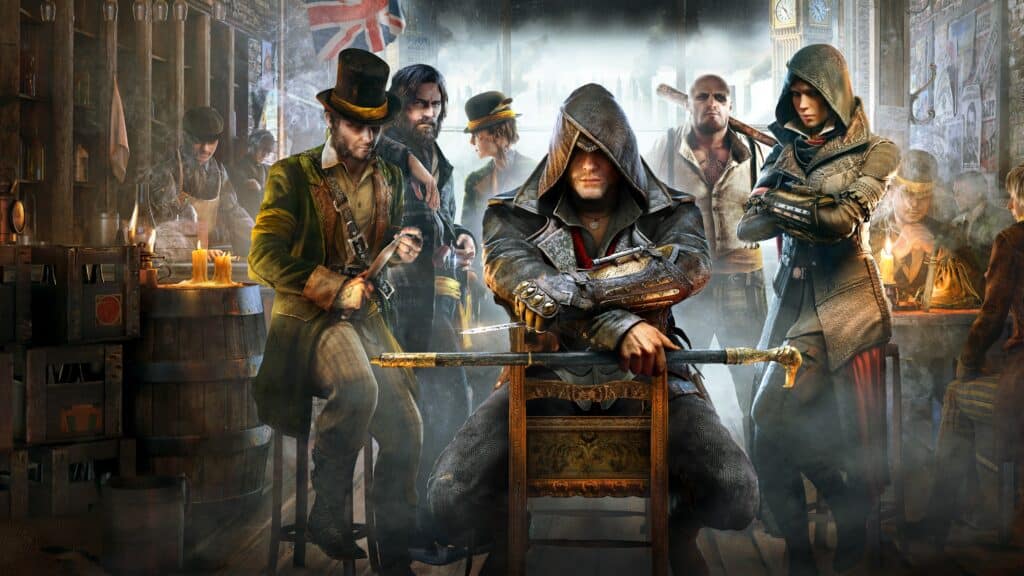 In an attempt to regain ground after the Unity flop, Ubisoft Quebec is commissioned to make a new chapter for 2015. Thus was born Assassin’s Creed: Syndicate, set in England during theVictorian age. The real novelty of this chapter, which uses the same graphic engine as Unity, is the possibility of play with two protagonists: Jacob and Evie, two brothers trying to make their way into British crime. Despite the clear step up from Unity, Syndacate’s sales were disappointing compared to expectations. Ubisoft finally decided to give the franchise a year off for the first time since 2009.

In 2016, no official Assassin’s Creed chapter was released, and the studio used the time to prepare for the franchise’s rebirth. During the fallow year, however, Ubisoft released a spin-off called Assassin’s Creed: Chronicles, un platform a capitoli which is not part of the official saga of the franchise.

The story of Assassin’s Creed: the rebirth and return to Origins

In October 2017, the highly anticipated Assassin’s Creed: Origins is released, the tenth chapter of the saga, developed by Ubisoft Montreal. The story is set in thePtolemaic Egyptor, during the civil war between Pompey and Caesar, with the presence of a very powerful Cleopatra. The new Assassin’s Creed tells the story and origin of the Assassin sect, as the title of the game suggests. Among the innovations introduced we find a new one intelligent wildlife management system it’s a new environmental mechanics. This leads the player to encounter violent sandstorms and even hallucinate …