From 9 April the first season of the anthological horror series Them is available on Amazon Prime Video: here is our review

If you love anthology series and your passion is horror (or forms it is better to say horror), then you really can’t miss the first season of Them, entitled Covenant. The TV series created by Little Marvin and produced by Lena Waithe is available on the streaming giant Amazon Prime Video from April 9. For now you can see it in the original version with subtitles – a highly recommended choice – while the dubbed version will also arrive in the summer.

Don’t be fooled by similitudes with another very famous anthological series such as American Horror Story. At first glance, the similarities are there: the horror background, a family that has suffered a major trauma, a new home in which to start living again. As we continue with the ten episodes of Them, however, it becomes clear how much the project is capable of distinguishing itself from the chaos of contemporary horror seriality.

The American dream will turn into a real nightmare for the Emory family, because of their only “fault”: the color of the skin. Fear, terror, anguish, persecution: Them will truly amaze you for the cruelty with which it transports us into this bitter story.

Plot and trailer | Them review

Fifties. The African American Emory family moves from North Carolina to Los Angeles, in the East Compton neighborhood. The period is that of “Great Migration“, In which African Americans had to move en masse from the south of the United States (the so-called Jim Crow Belt) due to terrible episodes of racism. The new home should be a place to start living again, after the horrible trauma experienced by the family.

But the Lucky spouses (Deborah Ayorinde) e Henry (Ashley Thomas), together with their daughters Ruby Lee (Shahadi Wright Joseph) e Gracie Jean (Melody Hurd), they will have to deal with a very friendly environment. Compton’s all-white families don’t like the new family at all, and will do whatever it takes to get rid of them. In addition to this, the Emories will also have to face their own ghosts and anguish, in the form of real terrifying demons.

History teaches, and so do the TV series | Them review

Let’s get rid of the thought and let’s say it right away: the horror shown in Them is truly shocking. Some episodes (the number five and the number nine in particular, but the others are certainly not joking) are difficult to digest. Probably the most sensitive will have some difficulty in not getting literally upset. Let me be clear, we are not talking about the horror of the series, which is still present, and especially in the latest episodes it materializes in the eyes of the protagonists and in the eyes of the spectators. We are talking about something far worse: the cruelty of the human being. It is from here that the horror takes shape, insinuating itself into the minds of its victims like a cancer, until it acquires supernatural features. 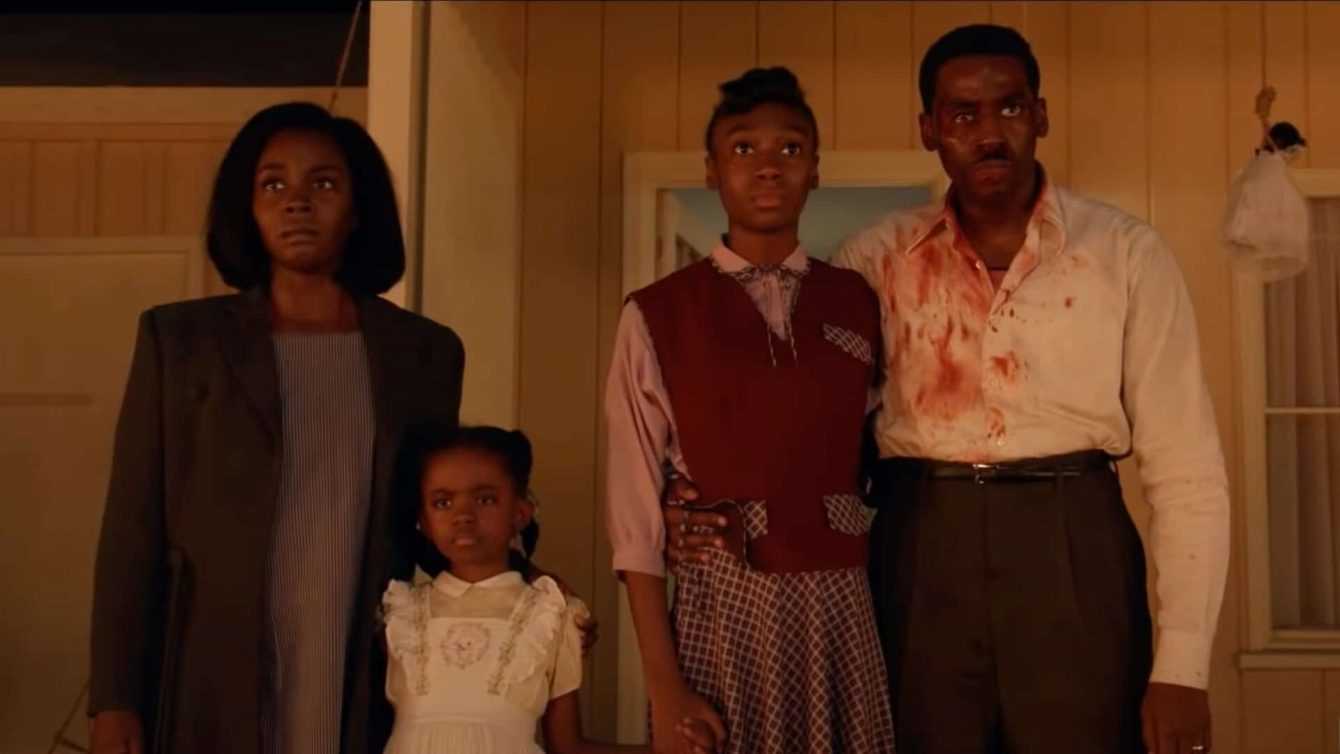 The reality is that we are the greatest horror in this world. History teaches us, and Little Marvin’s new project shows us just one of the many sad episodes that have studded our past. Let’s talk aboutracial hatred, which especially in the United States has been the cause of struggles, tensions, injustices, persecutions and discrimination. The mid-twentieth century in the new continent deserves to be erased from the history books, but we find it on our screens. Them slams it in our face, and we can’t look away.

The neighbour’s grass is not always greener | Them review

The difficult theme is finding new life in the contemporary horror genre. This is demonstrated by works such as the recent series Lovecraft Country, created by Misha Green, and the horror Escape – Get out (2017), directed by Jordan Peele. Them distinguishes itself from products of the same type for the fierce anger that invades every scene. A blind, unmotivated rage that insinuates itself into the “white population” and ends up invading the victims of such abuses, guilty of having “dirtied” the holy American family in its purity. America of values, Catholic America, patriotic America. Racist America, perfectly represented by the detestable not-too-perfect housewife Betty Wendell (Alison Pill).

Yet the Emories are not socially inferior to their “lovable” neighbors. Henry, the head of the family, is an aeronautical engineer, while his mother Lucky is a teacher. They are a wealthy family who can afford to move to a wealthy neighborhood in Los Angeles and indulge in some comforts, such as buying a television. But they are black. And this leads their neighbors to unleash an unmotivated hatred, which first results in provocation, then in oppression, finally in violence.

Who laughs is out | Them review

Little Marvin’s writing is intelligent, capable of building a subtle and annoying emotional tension. There is no room for irony which instead characterizes a work like that of Ryan Murphy and Brad Falchuk. In American Horror Story, despite the “frightening” intent, it was fun. Even during scenes capable of arousing more fear. Here, however, everything is so cruel that it is impossible to have fun, or to leave the vision without feeling ashamed and forcing oneself to examine one’s conscience. 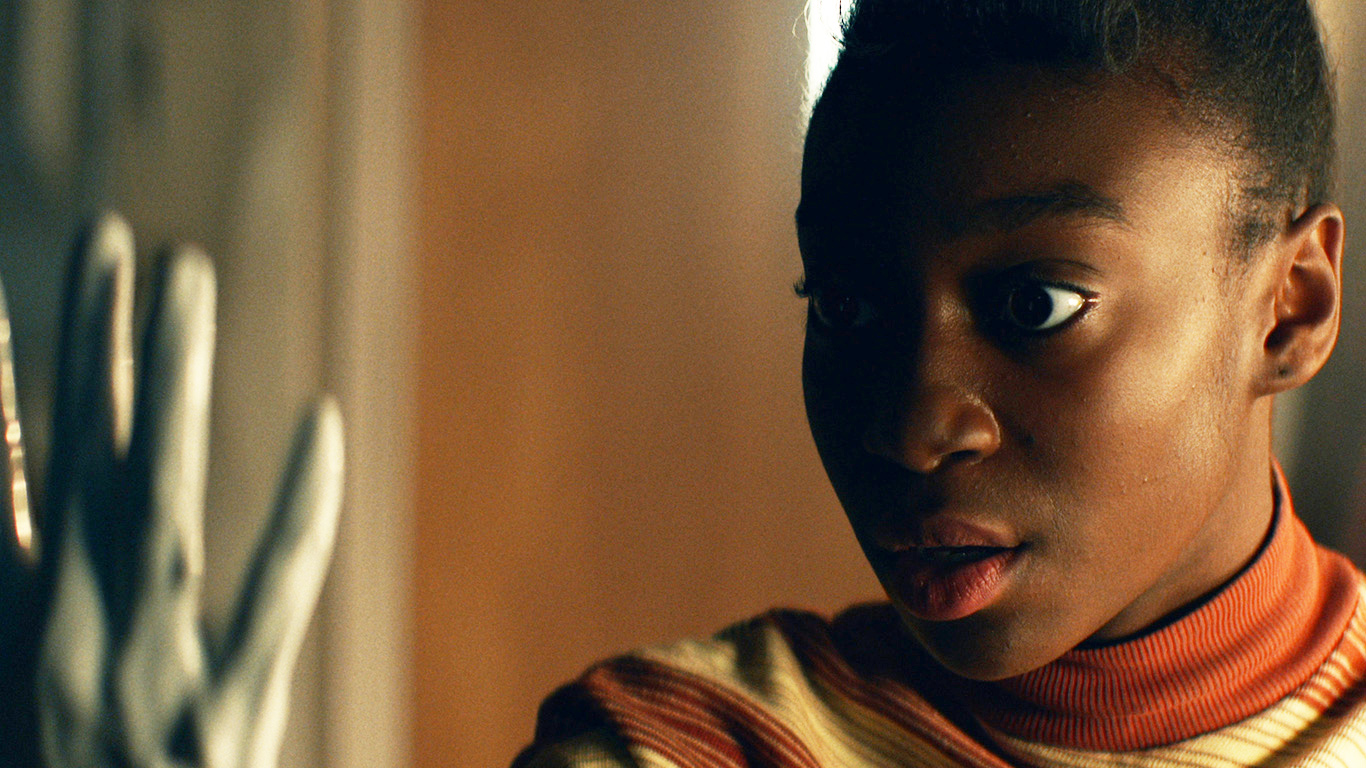 But there are many details with which the creator plays to create contrast. From Fifties style soundtrack, which strongly clashes with the violence that explodes on the screen, atuse of colors, with cool pastel shades for the delightful cottages and residents of Compton and warm colors for the Emory family and the interiors of their home.

Them also makes use of two extraordinary interpretations, those of the protagonists Deborah Ayorinde and Ashley Thomas. The whole cast does a great job, but in their looks, in their bodies, in the tears and cries all the atrocity is contained that stems from a story of this kind.

The only flaw in a series like Them is one proliferation of micro-stories which in the end are not developed properly. And it is a pity, because each of them is functional to the story and would have deserved a greater weight. In the span of ten episodes it would probably have been impossible to deepen them all, thus making it necessary to choose to sacrifice some to achieve greater cohesion as a whole. However, this is a flaw that does not weaken the furious force with which we are hit at the vision of one episode after another.

It would be wrong to define Them only as a horror series. Its value is above all that of skillfully use the horror genre to delineate the identity and social condition of a people. The horror is not in the monsters, those are just a consequence. The horror is within us, and around us.

If these are the premises, we can only look forward to the next seasons. Keep following us on this page to not miss ours reviews of movies and TV series!