The new Repost button, currently being tested, will allow TikTok users to re-share clips with their followers. Here’s everything you need to know.

How TikTok’s Repost button will work

Apparently TikTok is about to introduce a button called repost, which will allow users to re-share your favorite clips with your followers. A new feature that is currently only available to a few users, in what should be one of the last stages of testing.

Once you have identified a video that we particularly like, just click on the sharing options. At that point the new button will also appear in the list Repost. But what happens once the re-sharing is done?

The TechCrunch portal reports that the reposted clips, unlike what happens with retweets on Twitter, they will not appear on your profile. These will instead be placed in the feeds For you of their mutual followers. In short, it will be a kind of video recommended by the people we follow and who follow us. It will also be possible to add a textual element to comment on the content and explain to your followers why it was decided to re-share that video. Another important feature is that the clip in question will not appear to all of the user’s followers, but only to those reciprocal. So if you decide to make a repost, this will not be visible to all your followers, but only to your followers who you follow in turn. In short, what for Facebook is the only friends option.

The new function represents a first real sign of approach by TikTok to other more old school platforms. In fact, its algorithm – but in reality the entire structure of the social network – is historically based on the interest of the individual user. The Repost button, on the other hand, looks like a first step towards a more community concept, where they are also shown content that other users liked. However, according to TechCrunch this could be a problem. In fact, the portal reports that excessive use of the new functionality would ruin the nature of the feed Per Te, which by definition is a space hyper-targeted, built for the individual user.

We’ll see how the new feature will be received by users and if TechCrunch’s concerns are well founded.

You may also be interested in: iPod Shuffle Goes Viral on TikTok

Overcooked All You Can Eat: let’s see the trophy list! 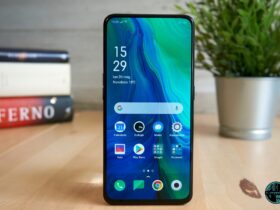