August 24, 2011. In a meager press release written in first person, Steve Jobs announces his immediate resignation as Chief Executive Office of Apple, a company he founded in 1976 and made it a cult object over the years.

The note, among other things, reads: “As for my successor, I highly recommend that you successfully execute the succession plan and appoint Tim Cook as the new CEO of Apple. I believe that Apple’s brightest and most innovative days are yet to come ”.

Ten years ago, therefore, the former Chief Operating Officer of the Cupertino company took the chair and became the new CEO of the multinational.

Let’s briefly review Tim Cook’s career at Apple. But above all, let’s find out how the company’s numbers have grown in this (first?) Decade of Cook’s management.

Timothy Donald Cook, better known as Tim, joined Apple in 1998, hired directly by Steve Jobs. Prior to that, he had worked for 12 years at IBM and briefly in Intelligent Electronics and Compaq.

He initially got the job of arranging the division that dealt with manufacturing and distribution. A curiosity: prior to the final handover, Tim Cook had already assumed the temporary position of CEO of Apple twice, in 2004 and 2009. In both cases, he had replaced Jobs, who had had to take a break for health reasons.

Several times able to anticipate the times with regard to technological innovation, Jobs was also prophetic in his farewell release, when he predicted a bright future for Apple.

Many doubted that Tim Cook, or anyone else, could take over from a brilliant and charismatic leader like Steve Jobs. without making him regret it. Instead, the numbers seem to prove Cook (and Jobs himself, who wanted him as his successor) right.

Just think that, as Statista shows in a graph, Apple’s profits more than tripled between 2011 and 2021. The company has in fact been able to continuously expand and innovate the ecosystem of products and services that revolve around its iconic object, the iPhone.

And so, Apple’s market capitalization has grown exponentially. The numbers speak for themselves: it has gone from a value of about 350 billion dollars on the day of Steve Jobs resignation, to almost 2,500 billion dollars after 10 years of management of Tim Cook. A figure, to be clear, similar to that of the French GDP of last year.

Ten years compared in a graph

Statista’s simple but illuminating chart shows Apple’s impressive growth over the past decade. Starting from the iPhone data: in the twelve months prior to June 2011, out of a total of 100 billion in sales, 44 were derived from mobile phones. Ten years later, considering the twelve months ended in June 2021, smartphones with the apple have earned Apple 179 billion dollars, out of a total more than tripled of 347 billion.

In the meantime, the approximately 500 euros needed to buy an iPhone 4 then more than doubled to be able to grab the latest Pro model today. 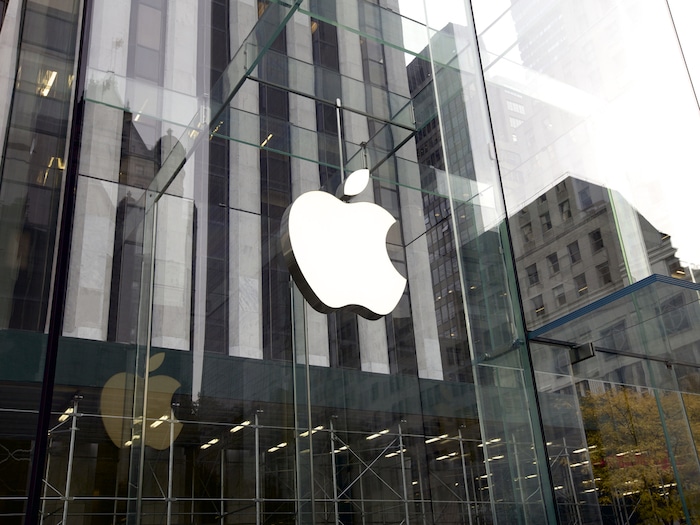 The increasingly prosperous health of the Cupertino company in the decade of Cook’s management is not only witnessed by the iPhones. In 2011, in fact, all the other products carried 55 billion dollars in the company’s coffers, which has now become 167.

Apple is currently the first company in the world by capitalization. Tim Cook’s choices were courageous and winning. Consider, for example, the opening to new market segments, such as wearables (Apple Watch and AirPods).

And then there are the revenues from services: iCloud, Apple Music, App Store downloads… This sector, whose value in 2011 was 2.95 billion dollars, reached almost 54 billion ten years later.

Tim Cook and the next ten years

Thinking about the next decade, Apple’s challenges could be played on augmented reality, automotive and artificial intelligence. The feeling is that a new generation of leaders is needed to enter these territories. Also because the current leaders of the company are all around 60 years old.

Tim Cook in this sense seems no less far-sighted than Steve Jobs. In an interview released last April to the New York Times, in fact, the current CEO of the Cupertino company said that most likely he will not see himself at the helm of Apple for another ten years., even if he still can’t predict the date of his farewell.

For now, of course, Cook is still standing firm at Apple. This is demonstrated by his commitment to a thorny subject like privacy. And, according to Bloomberg reports, an upcoming meeting with US President Joe Biden, in which he will discuss how technology companies can raise their level of cybersecurity.