In our review we want to pick up a series that few of you will know, but that made history in its own way and in its own time: let’s talk about Turrican Flashback

There are titles from the past that many of us have never even touched, but that they also know only for fame. Impossible that you have not heard of Metroid, Contra, Sonic, Castlevania and the like. Games that have really laid the foundations for the development of the medium and that have become immortal, as a symbol of a generation. Maybe over time they got lost along the way, never received further chapters or completely deviated from their original course. Fans of a certain age, however, remember those periods very well. Between cabinets, tokens and very few pixels to look at, the history of the video game was born like this.

One of the titles that has been lost along the way is Turrican, born in 1990 from the hands of a single person, Manfred Frenz. Surely many of you have never heard of it and with good reason, considering that the series that resulted from it unofficially died in 1994 with the chapter on Super Nintendo. Then over time various rumors wanted a great return to the series, with Factor 5 having bought the rights to the series in 2017. It is from the hands of the company that the collection of the first four chapters of Turrican comes, reported on the Nintendo Switch with all the arrogance and tamarraggine typical of the series. Welcome to the Turrican Flashback review.

Turrican Flashback is a remastered collection that contains Turrican, Turrican II: The Final Fight, Mega Turrican and Super Turrican. Missing, to complete the tour, Super Turrican 2 and the Director’s Cut version, probably kept aside to come up with a second compilation. As we have already said at the beginning, Turrican was born in 1990 and tells the story of a cyborg warrior equipped with a good amount of super-technological weapons at his disposal that can be used to destroy machines and hostile aliens.

Over the course of the various and rather large levels, our cyborg will be able to collect a good variety of upgrades and abilities, as well as the obvious “points” to bring to the end of the stage. Unlike what happened in Contra, however, Turrican levels can (and should) be explored. The protagonist will be able to move both to the right and to the left, will be able to jump and lower and, moreover, also roll as Samus did in Metroid. The levels, as we said, are quite vast and Turrican enormously rewards players who use more time (and lives, it must be admitted) to fully explore the various stages and this is one of the factors that, at the time, attracted a large number of onlookers. to the series. 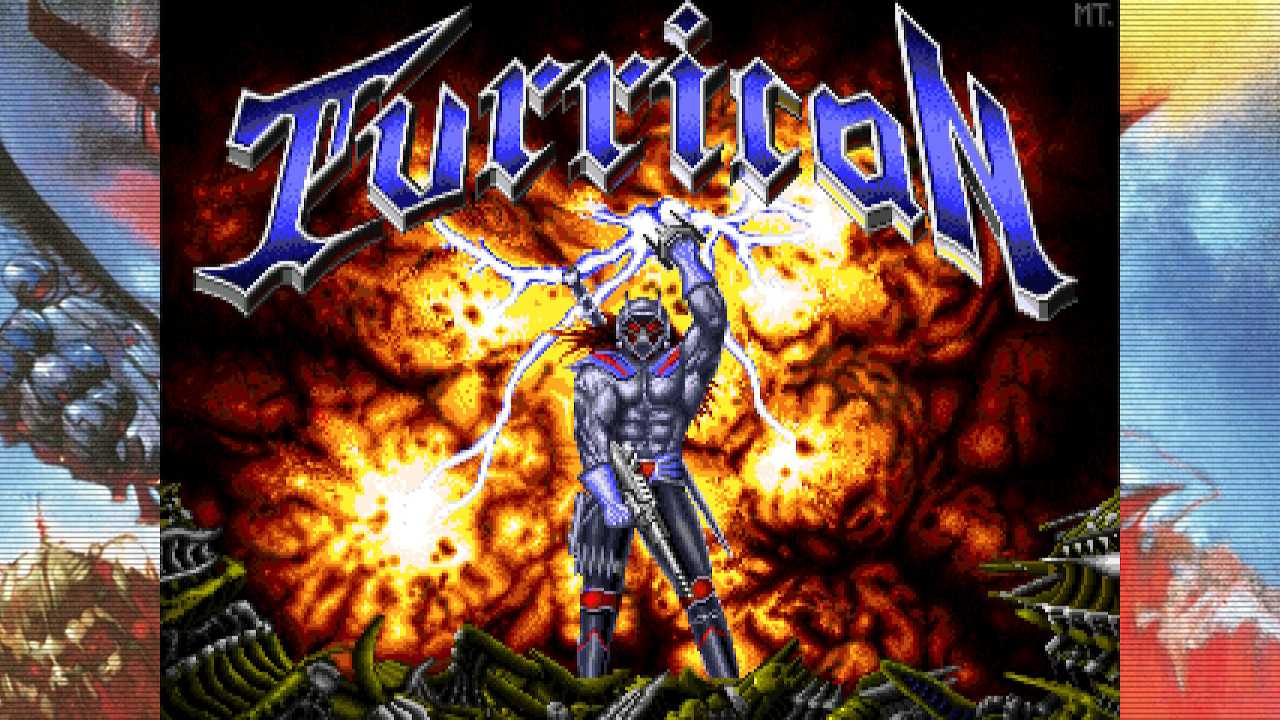 If, however, the first chapter is certainly the worst aged one both in mechanics (damned jump calibrated to the pixel), and in terms of the woodiness of the controls (damned jump), the quality leap forward made with Turrican II is still undoubted. today. The vastness of upgrades and the filing of some technical refinements make it enjoyable also in 2021, when that kind of mechanics definitely feel old-school. Let’s also add a greater variety in the aesthetics of the enemies, especially as regards the mammoth bosses, and you will understand why at the time Turrican II was greeted with fury by fans of the genre.

We then move on to Turrican III, or rather Mega Turrican, originally released in the now eternally distant 1993 on Mega Drive. This chapter of Turrican is a little different from the others in the series, even from its “sequel”, as it is more linear and less “exploratory”. This freedom that has been taken away from the player has been replaced, however, by a huge amount of new special effects on the screen, thanks also to the computational capacity of the Mega Drive of the times.. We would like to say that perhaps, being more linear and less dispersive, Mega Turrican is the chapter that could most bring newcomers to the series almost 30 years later. 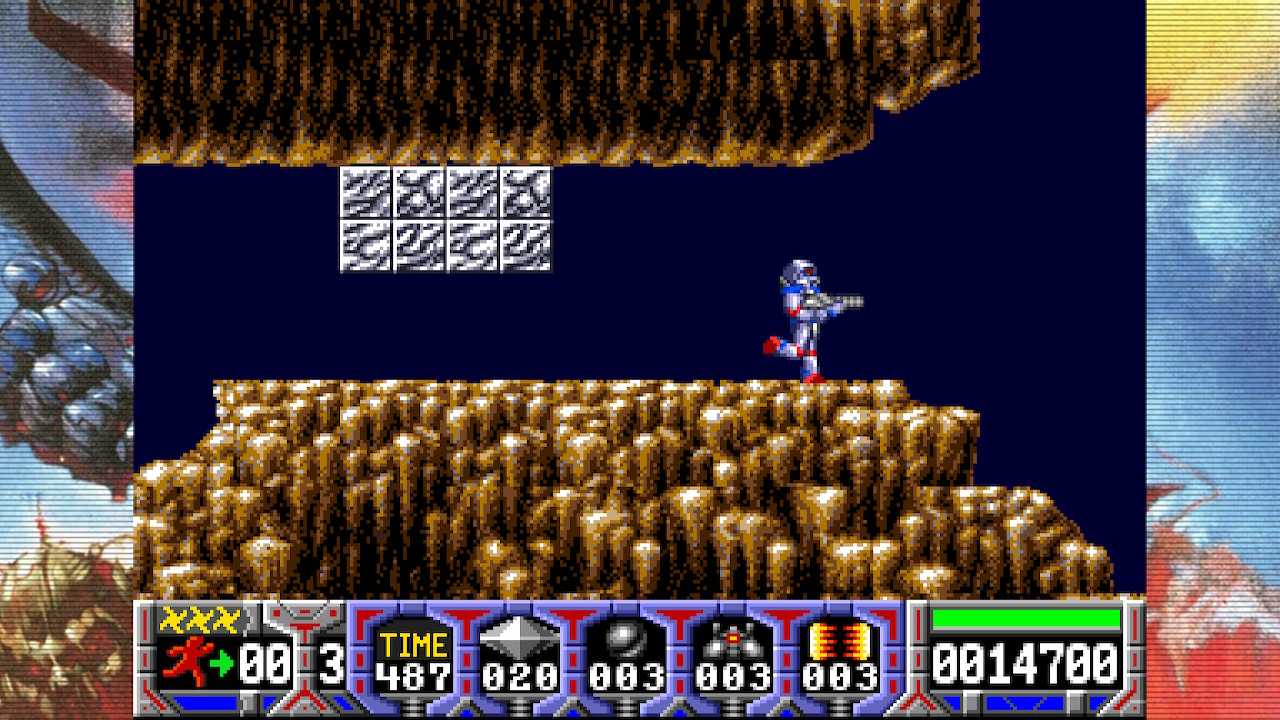 Super Turrican concludes the round of the Turrican Flashback compilation. The chapter also released in 1993 for SNES. A hybrid of all the previous chapters, with a certainly more linear approach than Turrican II, but more extensive when compared to the title for Mega Drive. The amount of action and enemies on the screen makes it certainly difficult to continue, but quite satisfying when you take your hand and when you start reading the enemy’s attack pattern more easily. Be prepared to die over and over anyway.

The more than small additions that ININ Games has included in the Turrican Flashback compilation can be summarized in two points: cheat codes and rewind. The original “tricks” of the titles have all been reinserted in these remastered versions, a bit for that taste of nostalgia that doesn’t hurt, a bit for all those who simply want to advance without spending hours and hours, lives and screw to continue those three steps on the cross. In addition, the “rewind” button has been added to help novices. In fact, by simply pressing a trigger, our cyborg will be able to take a few steps back to avoid a few shots or a fall. 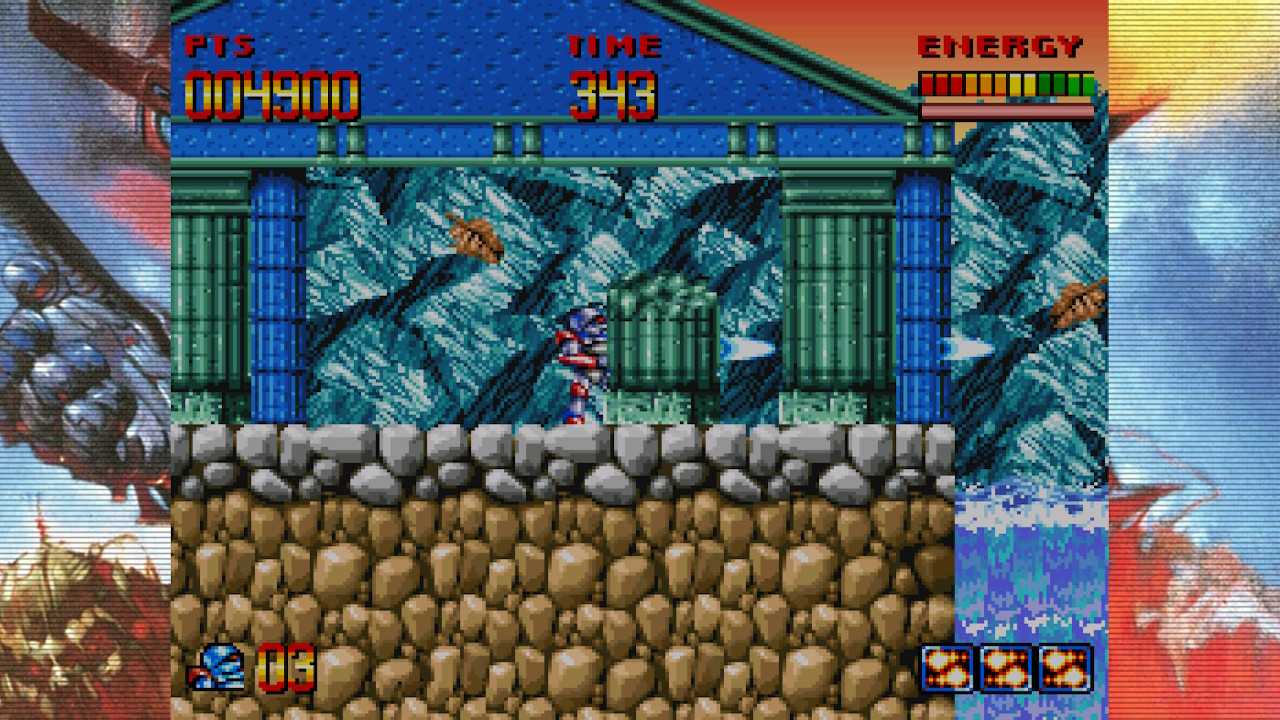 The main problem with this compilation, however, is precisely the lack of additions. Certainly we weren’t expecting big changes on such “old” titles, that’s for sure, but the lack of any kind of additions in terms of history and curiosity when the original author also participated in the compilation is very daunting. In addition, the two titles we mentioned earlier are also missing, the Director’s Cut and Super Turrican II, and the price of 30 € really seems to us more than excessive.

It is not enough to add a large amount of wallpapers and filters to customize our games in the various chapters of Turrican. It is undeniable that for that price this collection should have been much more, if only to wink at fans of the series and retrogaming enthusiasts. Also because, beyond any veil of nostalgia, it is obvious that a product like Turrican Flashback is exactly dedicated to this kind of audience. 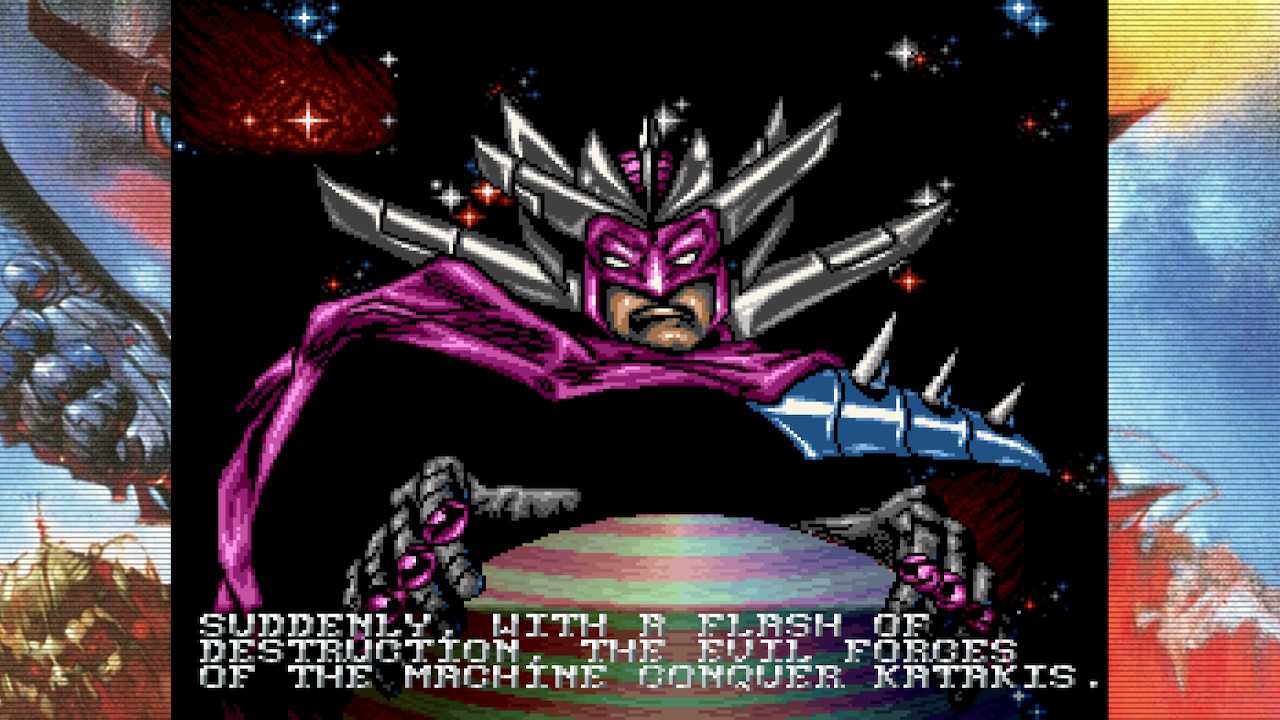 To end this review, who do we recommend a compilation like the one from Turrican Flashback? We would like to say that the four titles are still suitable for every gamer today, but this is not the case. Turrican has definitely aged and in some cases, like that of the first chapter, it has also done badly. Between woody controls, a pixel-calibrated jump and a general difficulty set decidedly upwards and the trial and error, not all today’s gamers will have fun. We therefore recommend Turrican Flashback to all those who have money to spend and who loved the series at the time, perhaps to relive it dusted and with tricks on Nintendo Switch. For the rest: wait for the sales, if you really have to.