Twitter wants prohibit users from posting links verso platform rival social network. In particular, there will be no accounts “created with the sole purpose of promoting other platforms”. Among the social media list: Facebook, Instagram, Mastodon, Post, Nostr, Tribel e Truth SocialDonald Trump’s social network. But the removal of the post suggests that perhaps the situation is not yet well defined.

Another change of policy by Twitter, arrived due to the @ElonJet question“. Twitter has banned several accounts that published the position of the private planes of some billionaires: public information (because it can be found on airport and civil aviation sites), but according to the social network it is inconvenient to post. After the official account of Mastodon posted the link to @ElonJet on their servers on Twitter, received a ban.

On Sunday, Twitter wrote that “we will remove accounts created solely with the goal of promoting other social platforms and content that contain links or usernames from other platforms“. That seems like a rather broad ban: all official accounts of other platforms could fall under this ban, as well as all users who post links to their other profiles.

During the day on Sunday, Musk specified that “occasional sharing of links is fine”, suggesting that users will be able to post, for example, their own particularly significant posts on Instagram. But it seems they won’t be able to put their social accounts in the description (although it should still be possible to post LinkTrees or similar services).

Hours after posting these policy changes (and after pausing to live-tweet the World Cup final), however, Musk promised that there will be no more policy changes without consulting with a survey users. Also, he asked with a poll whether he should retire as CEO of Twitter. It is therefore not clear whether the decision to ban users who post links will remain in force if he wins the “Yes” to resignation (as it seems).

Twitter ha deleted the post about the ban of external links to other social networks, so it would appear that this decision is currently pending. At the moment we do not know if there is a dedicated survey.

As has often happened since Musk runs Twitter, decisions come as sudden as changes in direction. The decision had been made and announced, but at the moment there were no other bans other than Mastodon. We will keep you posted. 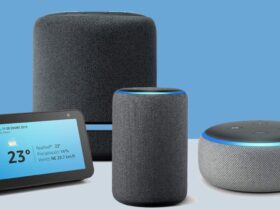